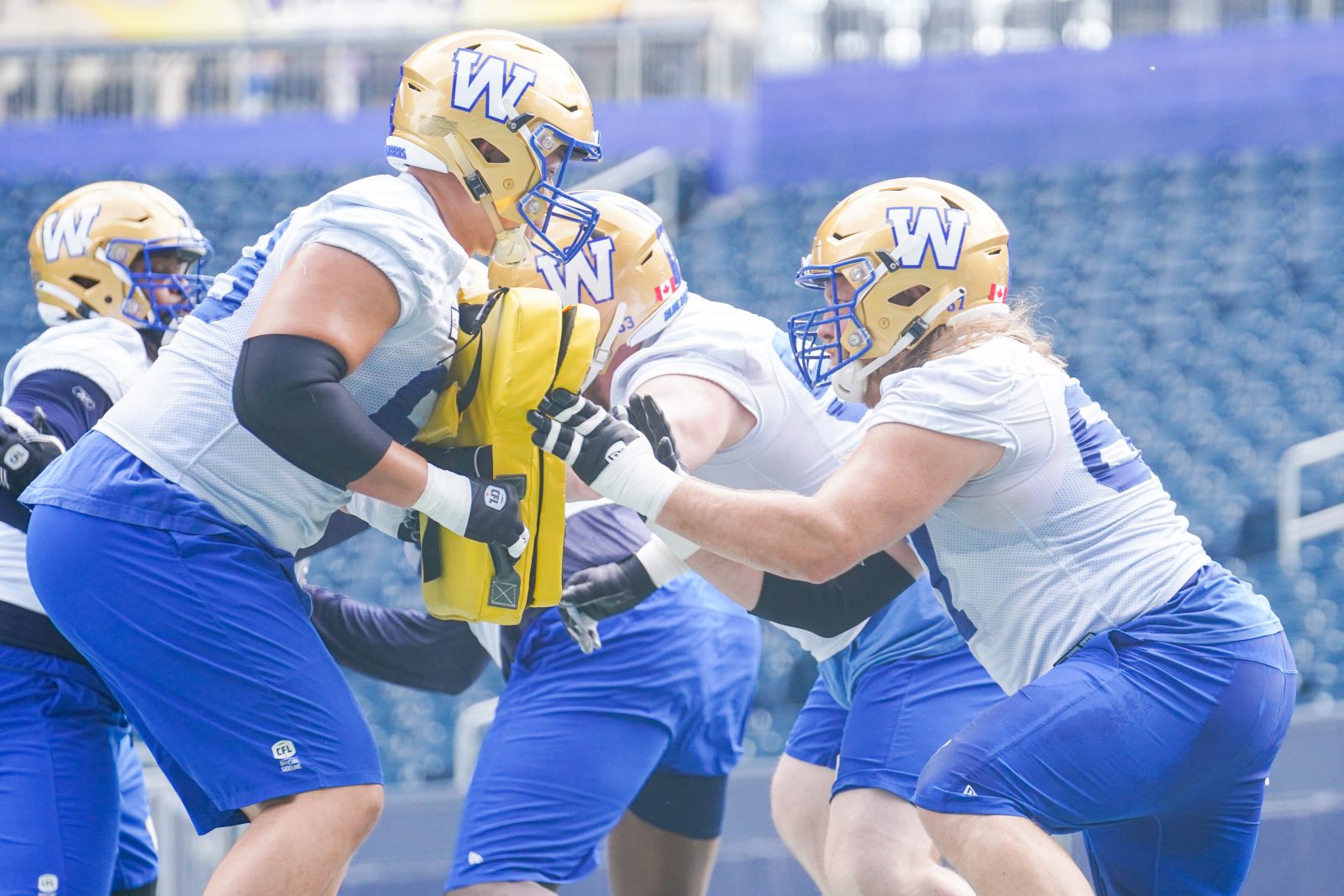 This is the kind of week it’s been in Bomberland… The talking points, both inside the clubhouse and among the Winnipeg Blue Bombers rabid fan base, have hit on the following topics, in no particular order:

And yet, *double-checks the Canadian Football League standings* the two-time defending Grey Cup champions are 2-0 after a pair of season-opening victories over an Ottawa RedBlacks squad some predicted to win the East Division.

“That’s why success happens under this roof,” said slotback Nic Demski in a chat with bluebombers.com after a closed practice session on Wednesday. “Even if we win a game… it’s kinda funny, but after the last two wins we’ve had it almost felt like losses sometimes because nobody is super ecstatic.

“It’s not like everybody’s not happy, but we know we have so much more to give, and so much more we’ve got to learn from. This is something we’ve stressed since the start of the season: this is a new year. What we did in the past doesn’t matter. Looking at the win column, it looks pretty. But we’ve got to keep humbling ourselves, keep coming out here and working to get better.” 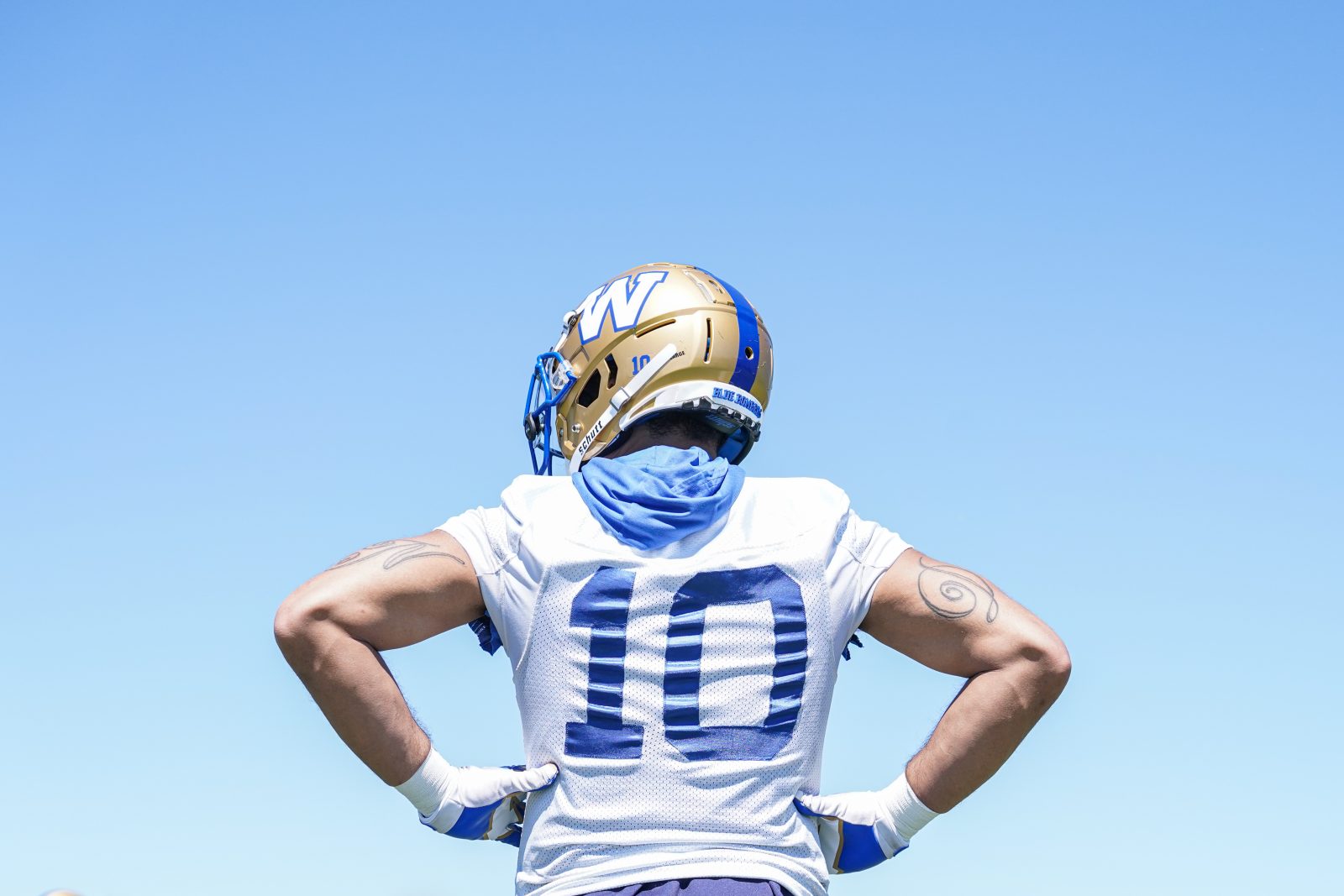 The Blue Bombers are home this Friday to a winless Hamilton Tiger-Cats squad – a group that surrendered a 24-point lead to the Calgary Stampeders last week – in what will be a rematch of the last two Grey Cups. But that storyline has barely moved the needle with a Blue Bombers side that, even with so much of its roster returning, still features eight new starters from last December’s championship side.

There’s a standard that’s been set here after last season’s dominant 11-3 record and an astonishing home run that is now at 20-1 dating back to 2019.  And that means that even in a 2-0 start there are some – as head coach Mike O’Shea has phrased it – ‘hard conversations’ that have taken place in these parts over the past two weeks. So, the ‘Back-to-back champions off to a 2-0 start’ narrative? Don’t go there.

“We don’t want that,” said Willie Jefferson. “We don’t want to hear, ‘We’ve already won two Grey Cups, so it’s going to be all right. We’ll get it fixed eventually.’ Instead, it’s ‘This isn’t how we do things. Get it together. Let’s fix it now.’

“We want Coach Rich (Hall), JY (Jordan Younger), Coach James (Stanley) and Coach DP (Darrell Patterson) – along with B.A. (Brandon Alexander), who has the opportunity to sit back and analyze while he rehabs – we want those guys on us. We don’t want them to say they’re satisfied with us giving up a ton of yards because we’re 2-0. That’s being complacent. 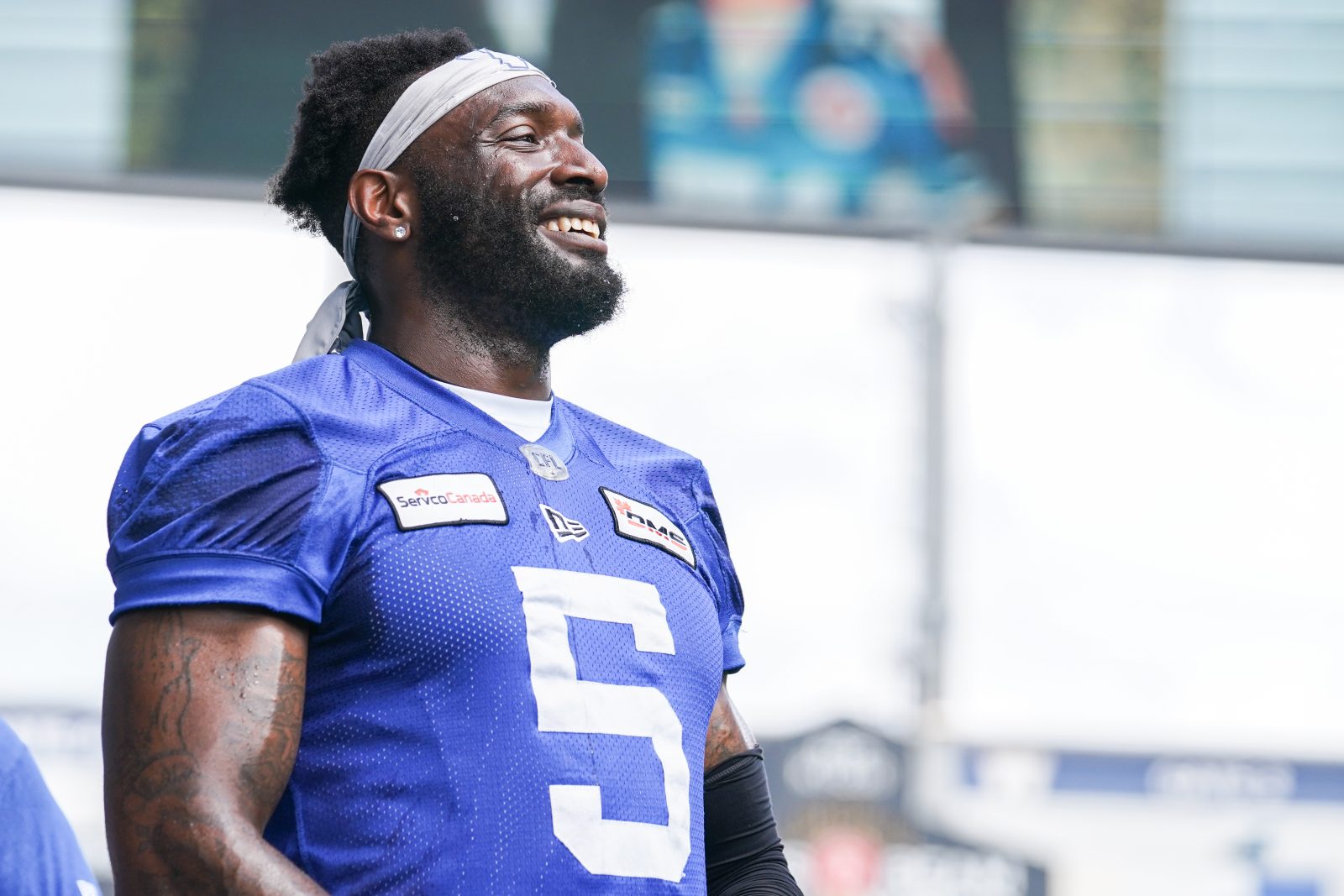 That’s perhaps a fine line to walk for teams – being too critical after a ‘W’ can quickly get old, after all even in the never-ending chase for perfection. To that end Jefferson said there are enough veterans in the locker room to understand the difference between grinding to get better and unrealistic expectations.

No one is predicting the Blue Bombers will roll over teams like they did so often last year, but there is a push to get closer to that than the team that just swept a series with Ottawa.

“There are expectations for this team, and it’s the same with us. Everybody expects us to hold teams to under 200 passing yards and 100 rushing yards and no touchdowns allowed from our defence and high scoring from our offence. That’s not realistic every week.

“But we do know we have to get better, and so we’ll keep on grinding.”

BLUE NOTES: The club announced Wednesday the release of American offensive lineman Cam Durley from the practice roster. Durley was injured during practice on Tuesday and had to be carted from the field… Head coach Mike O’Shea on the availability of CB Winston Rose for Friday: “We’ll see. He was limited today. We’ll evaluate him again (Thursday). We’ll make that decision when we have to.”

The Bet Regal point total for the Blue Bombers is set at 23.5 points.