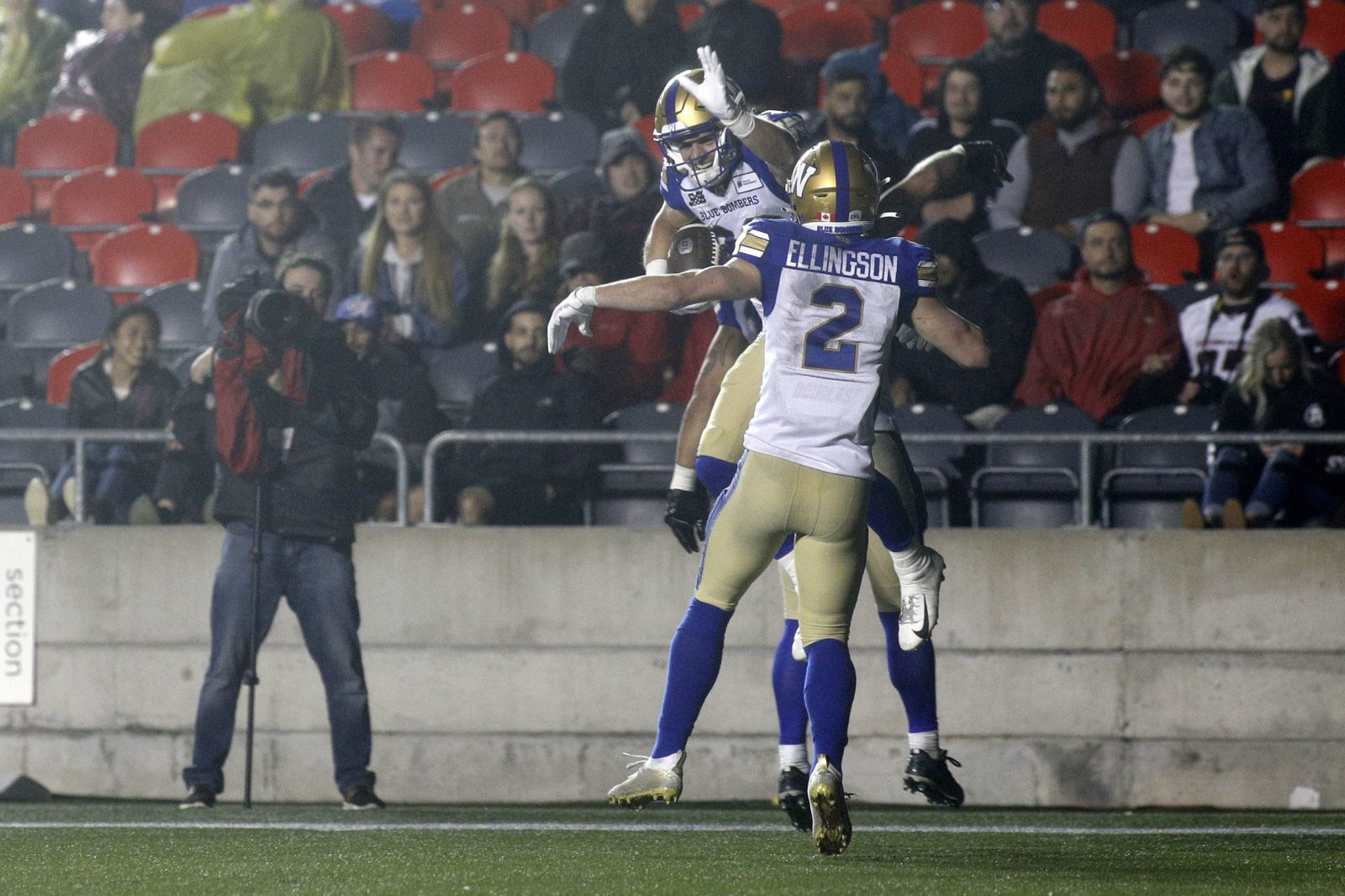 OTTAWA – Step away from the panic button, folks. Far from perfect through the first two weeks of the Canadian Football League season, the 2022 Winnipeg Blue Bombers are flashing just enough moments to remain unbeaten.

The Blue Bombers edged the vastly improved Ottawa RedBlacks 19-12 on a windy, rainy Friday night at TD Place in the nation’s capital to improve to 2-0 on the season while clearly leaving everyone wanting more.

“We can’t rest on our laurels and think that last year is who we are. It’s not,” said veteran linebacker Adam Bighill. “We’re a new team, new guys here, new year.

“The teams across the league are different. Nobody cares what you did last year, and we don’t, either. We’ve got to find our identity of who we are this year. We have standards of excellence and a bar that we’ve set and we haven’t even come close to meeting it.

“There’s frustration on our side because we know we can be a lot better, but that’s the great thing because we know it’s there and we can go strive for that. If we get better every single game,” he added, “by the end of the year it’s going to be great. One at a time and just keep getting better every day.” 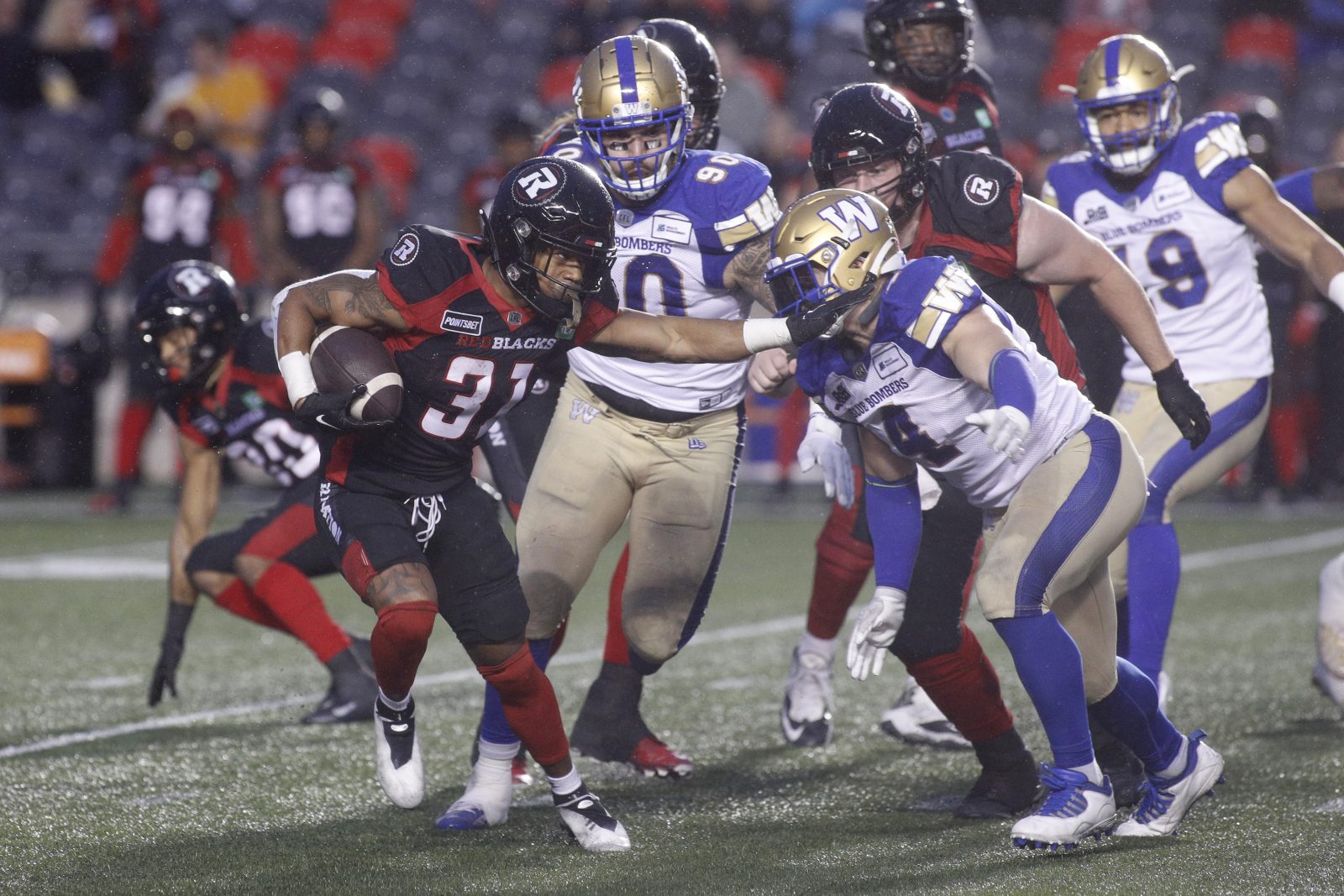 Bighill and the defence served as the backbone for the victory, as Ottawa cranked out 394 yards in net offence. But the defenders forced two turnovers and clamped down when it mattered most. The RedBlacks had 265 net yards in the first half, including 225 through the air, but were held to just 129 total yards, including 106 passing in the second half.

“Nobody on the defence wants to be bend, but don’t break,” said head coach Mike O’Shea. “Right now we’re not breaking. It’s buying us time, we’re holding it down a little bit until the offence gets rolling and the defence has some crucial stops. But, trust me, they want to smash them and they want to smash them from the get-go and hold them to nothing. I don’t know if yards (against) matter if you’re holding the point total down.”

Trailing 9-7 at halftime in wacky weather conditions that featured either torrential rain, gusty winds or a combination of both, the offence came to life on the last drive before the intermission and did just enough in the second half to stay on the field and be difference makers. That included a critical Zach Collaros-to-Dalton Schoen TD strike with 5:41 remaining.

“Obviously, we need all three phases to be better,” Collaros said. “Offensively we need to do a better job of establishing ourselves earlier in the game – we talked about it before the game: making first downs, staying on the field to give our defence a rest.

“They played an unbelievable game tonight holding them to field goals and keeping us in the game. There’s definitely some things we need to clean up. We need to be critical as we watch the film and take that to the practice field.” 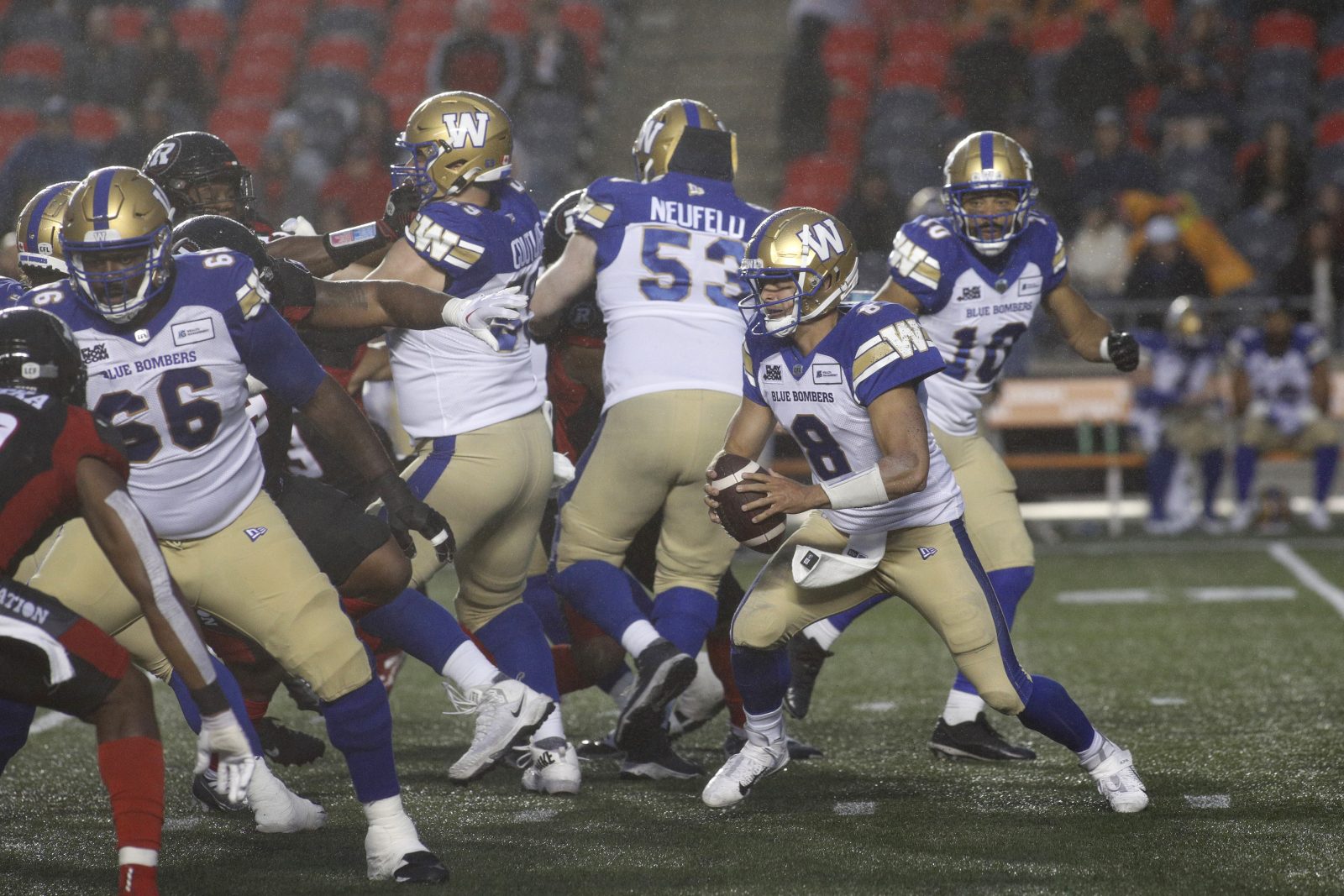 The Blue Bombers were leading 13-12 in the fourth quarter when Collaros found Schoen for a critical 27-yard TD to provide the defence just enough cushion. The RedBlacks did manage to drive into Winnipeg territory on the ensuing drive, but Jeremiah Masoli’s third-down pass attempt to Jaelin Acklin was knocked down by Tyquwan Glass.

For all the criticism of the defence and the yards surrendered, they yielded just 12 points Friday night and only 29 through the first two games.

Offence: Zach Collaros – 15-of-22 for 228 yards – threw for two TDs in critical moments right before halftime and late in the game to improve his overall record as the Blue Bombers starter to 19-2.

Defence: Deatrick Nichols – Finished with six tackles, a tackle for a loss and three pass knockdowns. He’s been steady through two games.

Special teams: Marc Liegghio – Another missed convert is concerning, certainly, but he hit two field goals and drew a roughing-the-kicker penalty on a punt late that helped seal the deal. 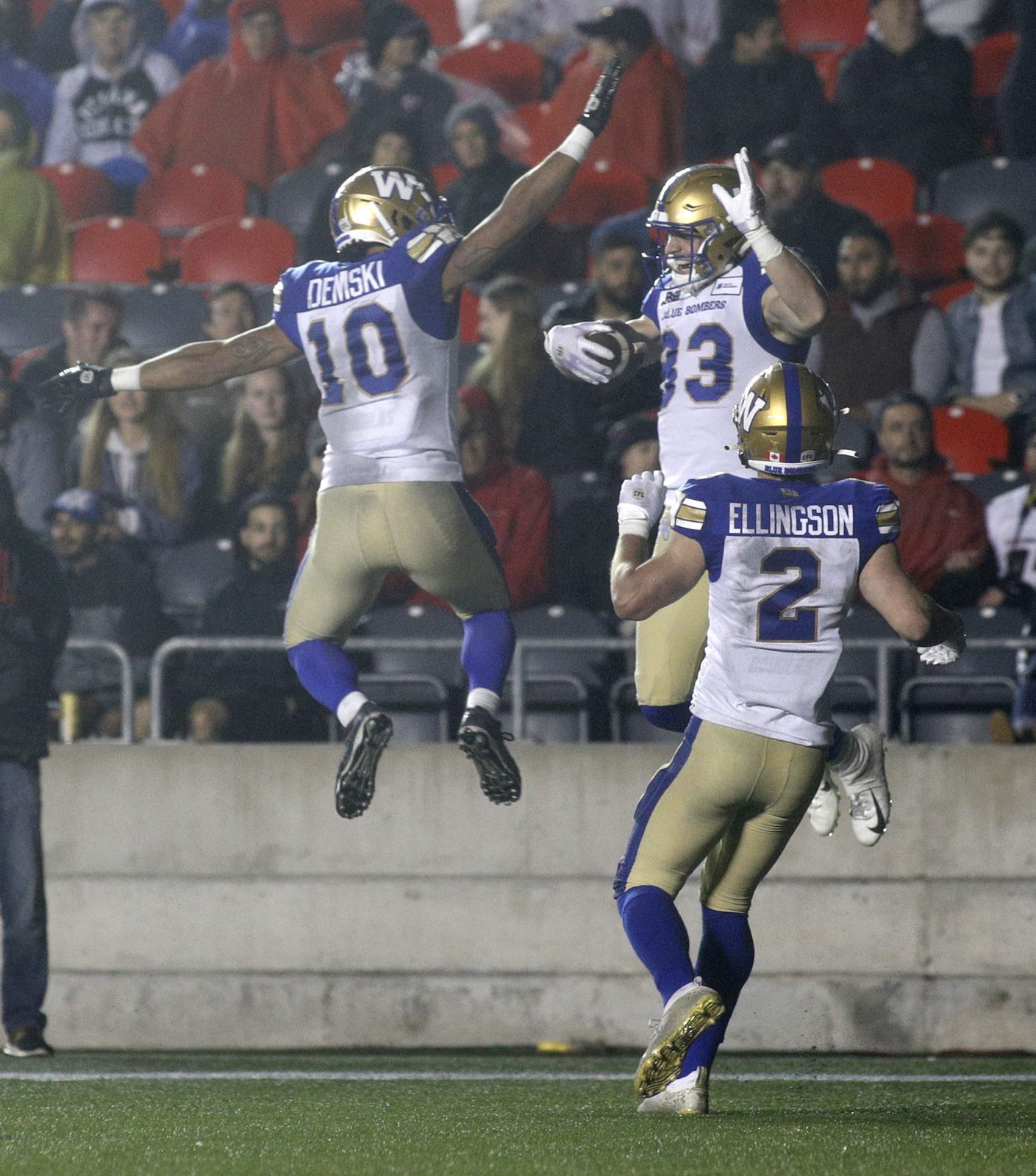 Centre Michael Couture was injured in the second quarter and did not return to the game. His spot was taken by Chris Kolankowski… Rec Rasheed Bailey left the game periodically after being shaken up, but did return… With QB Dakota Prukop on the injured list, the Blue Bombers had Dru Brown run the short-yardage package, while Joe Mancuso was the holder on placekicks.

The Blue Bombers return home to face the Hamilton Tiger-Cats in a rematch of the 2019 and 2021 Grey Cups. Kickoff at IG Field is scheduled for 7:30 p.m.

To recapture some of that championship magic, the Blue Bombers will be wearing white that night. More details here.