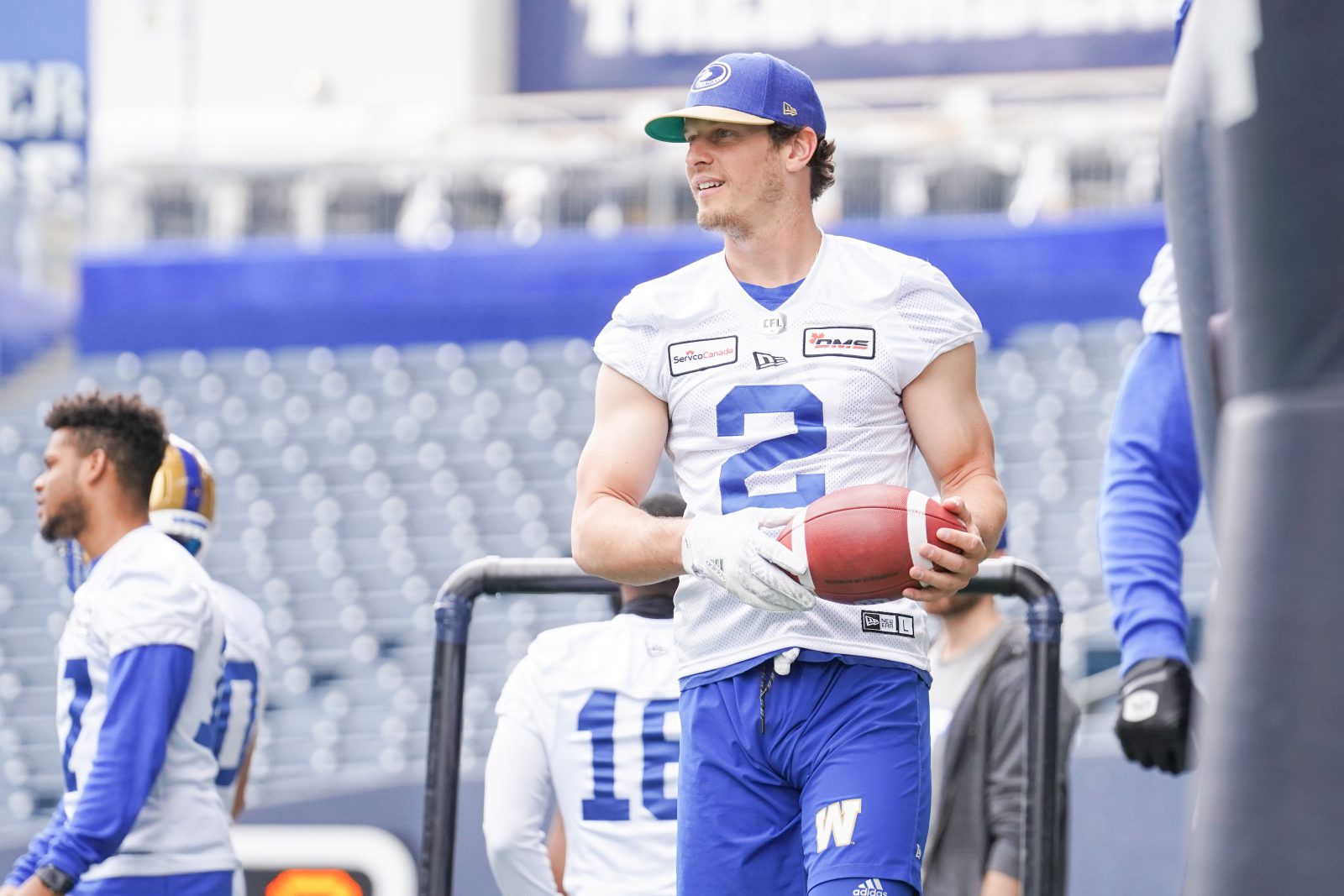 Kickoff: Friday, 6:30 p.m. CT, TD Place, Ottawa, ON
TV: TSN; ESPN2
Radio: 680 CJOB
Home/Road: The Blue Bombers were 4-3 on the road in the regular season last year; Ottawa was 1-6 at home.
BetRegal.ca odds: The Blue Bombers are favoured by 2.5 points. For more of BetRegal’s numbers on this game, click here.
Streaks: Winnipeg: 1W; Ottawa: 1L
Notable: The RedBlacks are 4-1-2 in their home openers since Ottawa’s return to the league in 2014, the best winning percentage across the league. 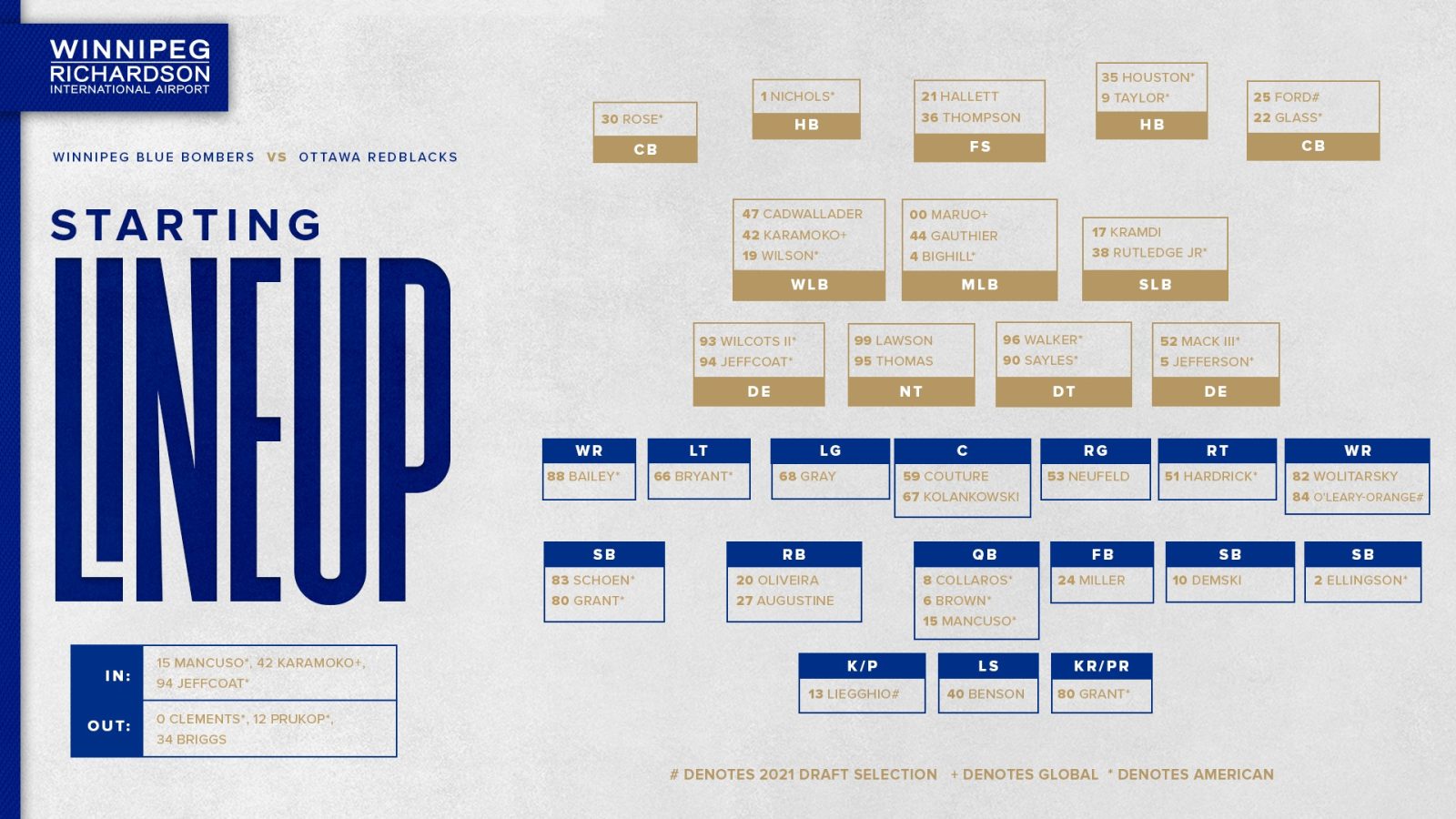 The Bombers depth chart features three changes from a week ago in the season opener. Coming aboard are all-star defensive end Jackson Jeffcoat, Global defensive back Souleymane Karamoko and quarterback Joe Mancuso.

As debuts go, Ellingson’s first game in blue and gold was an A+ as he finished with six catches for 74 yards and a TD. There’s a sense that’s just the start of things, too. Here’s Collaros on the veteran receiver: 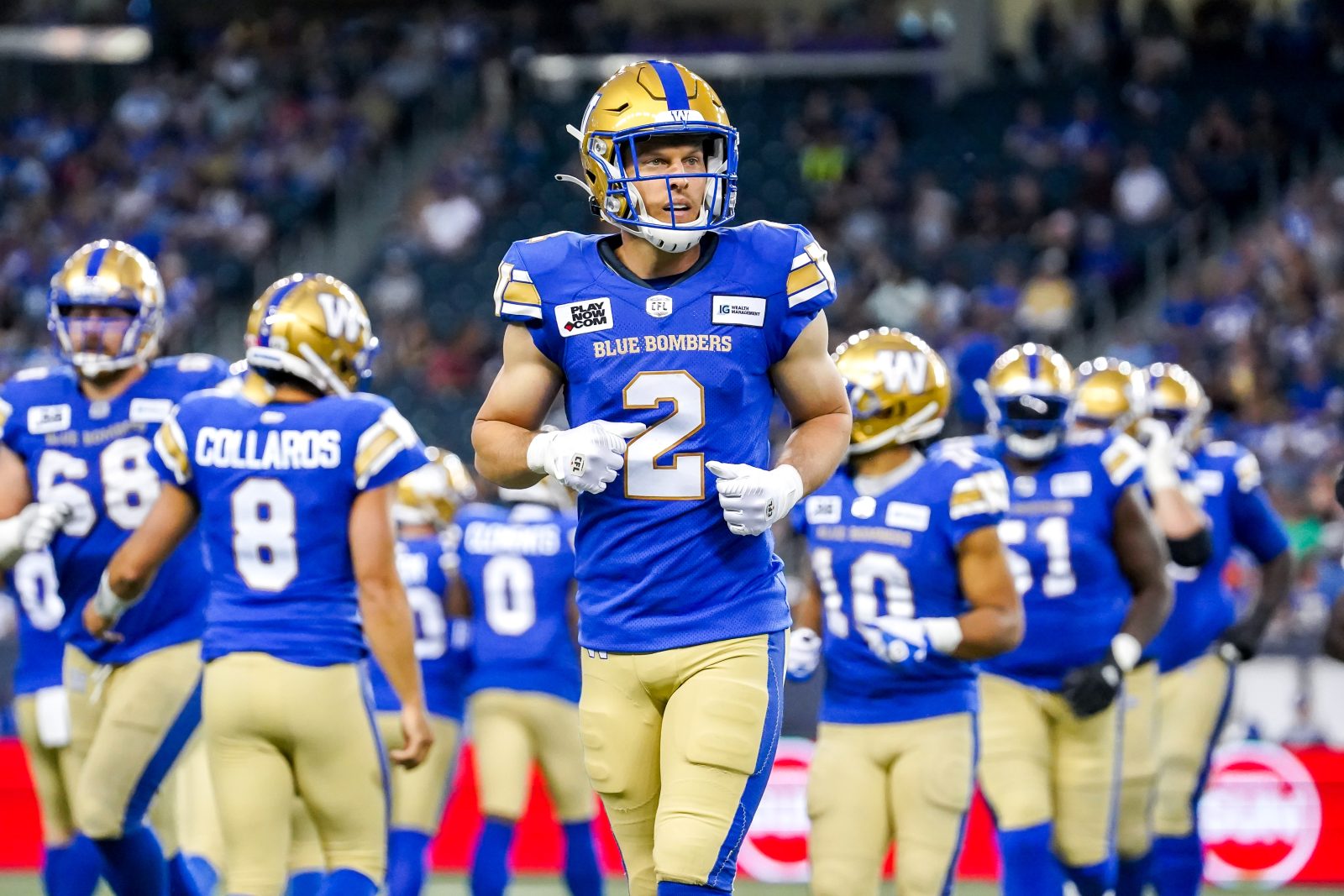 This from CFL stats guru Steve Daniel: Dru Brown’s work in helping lead the Blue Bombers to the game-winning drive last week marked the first time the No. 2 QB had done so since Robert Marve came off the bench for a win at Calgary on November 1, 2014. The six other fourth-quarter game-winning drives led by No. 2 Blue Bomber QBs dating back were authored by Justin Goltz (2012), Alex Brink (2011), Steven Jyles (2010), Ryan Dinwiddie (2008), Pat Barnes (2002) and Troy Kopp (1998)

Winnipeg’s defence surrendered 243 yards, 12 first downs and 11 points in the first half of last week’s win. In the second half, they forced Ottawa into five two-and-out possessions and three turnovers in seven possessions, just six first downs while yielding just two field goals.