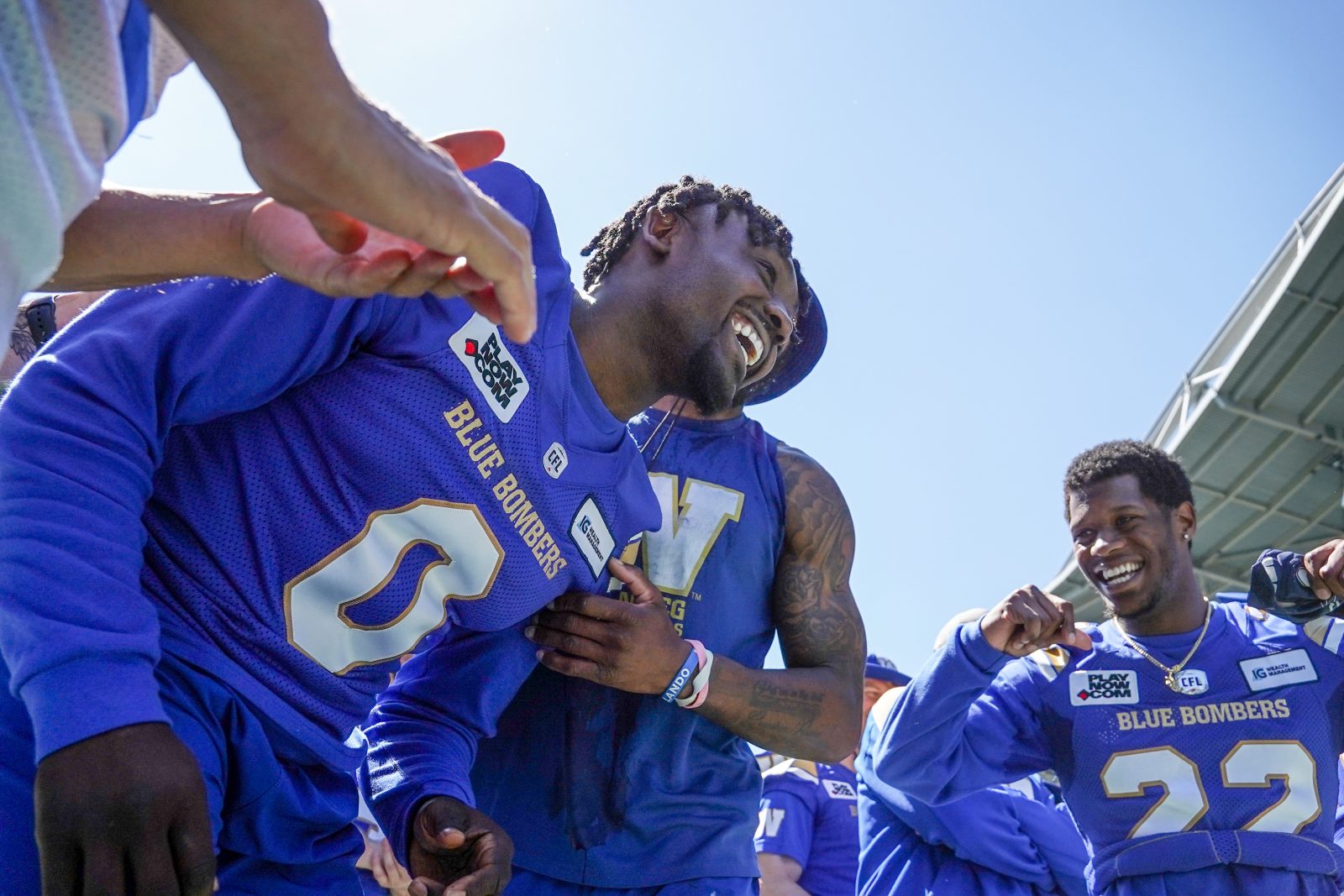 It’s all about the reads and the assignments for Brady Oliveira. It’s about the diet, the sleep and doing the little things to be a good teammate.

And his daily routine now that the Winnipeg Blue Bombers’ 2022 season is about to start is essentially the same as it’s been for so much of his professional career: punch the clock, do the work. Over and over and over again.

Yet, there’s also a storybook element to his tale – a Winnipeg product replacing a Winnipeg legend in Andrew Harris, both hailing from the same high school, no less – that makes it all still so compelling. All of which isn’t lost on Oliveira, even as he grinds to keep the club’s starting running back chores.

“When I come into the locker on game days and I see my jersey hanging there with my last name on it… every time it gives me goosebumps just because of how much it means to me,” said Oliveira in a chat with bluebombers.com this week. “Me being a hometown guy, I grew up being a fan of the Bombers, I grew up going to games at the old stadium, at the new stadium. 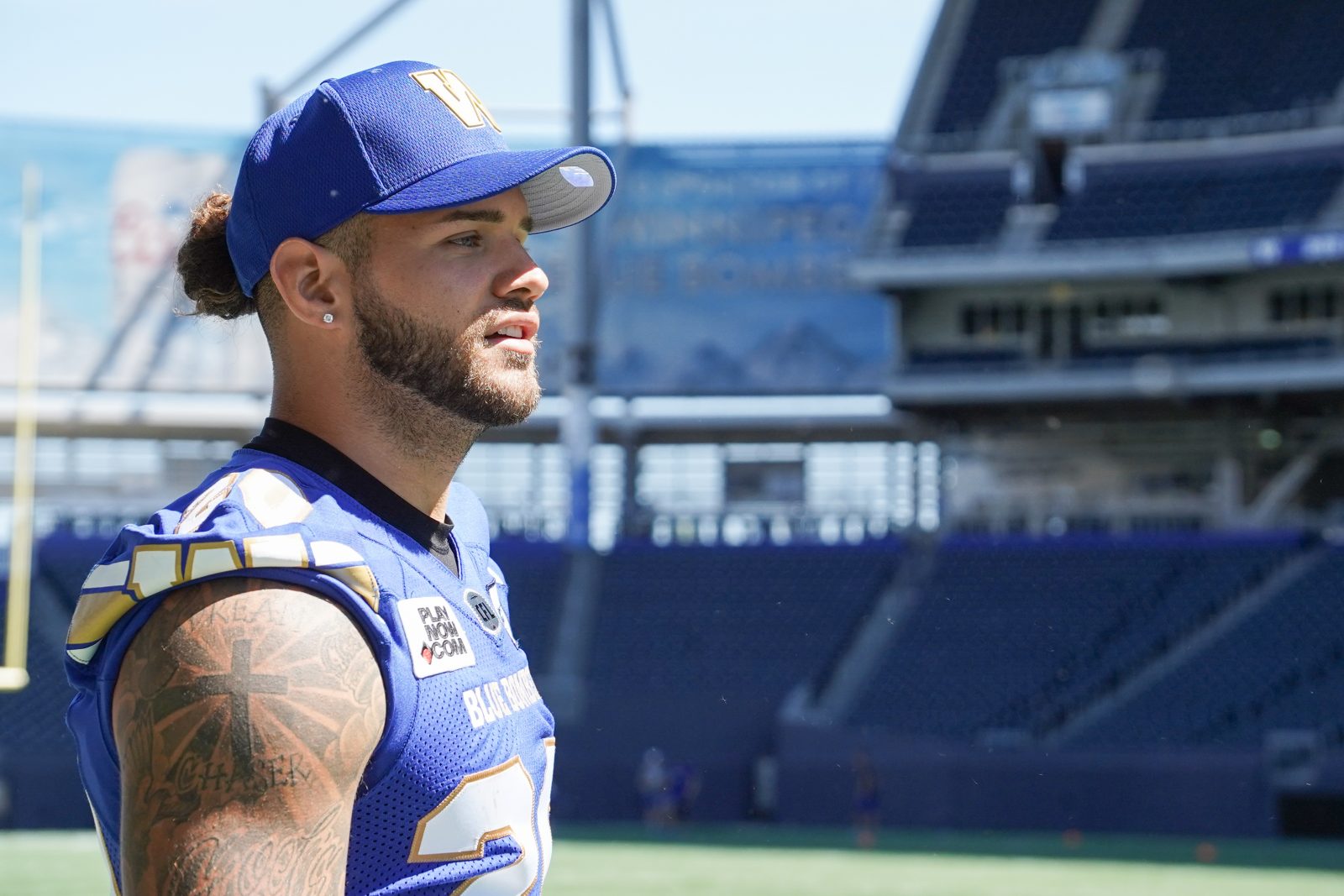 A new era officially begins for the Blue Bombers Friday night when Oliveira – with support from Johnny Augustine – steps into a role that had been owned by Harris from 2016-21.

In his five years with the Blue Bombers, Harris rushed for 5,402 yards – sixth on the club’s all-time list – helped his hometown squad win two Grey Cup championships and paved his road to both the Winnipeg Football Club and Canadian Football Hall of Fame. Oliveira appreciates the Harris legacy and, perhaps better than anyone, understands the responsibility and pressures that come with being his successor.

And what certainly isn’t lost on him is how much it resonates to the fan base that another hometown product is stepping into that role.

“I’ve been coming to this stadium since it opened,” he said. “I played high school games here. And I have this picture with me and Buck Pierce, who’s now my coach, when he was the quarterback with the Bombers and I’m in my Nomads jersey. So that’s why this is a dream come true. It’s almost like that was yesterday for me, and now I’m here today. I’m living out a childhood dream. It’s so special I’m almost at a loss for words.” 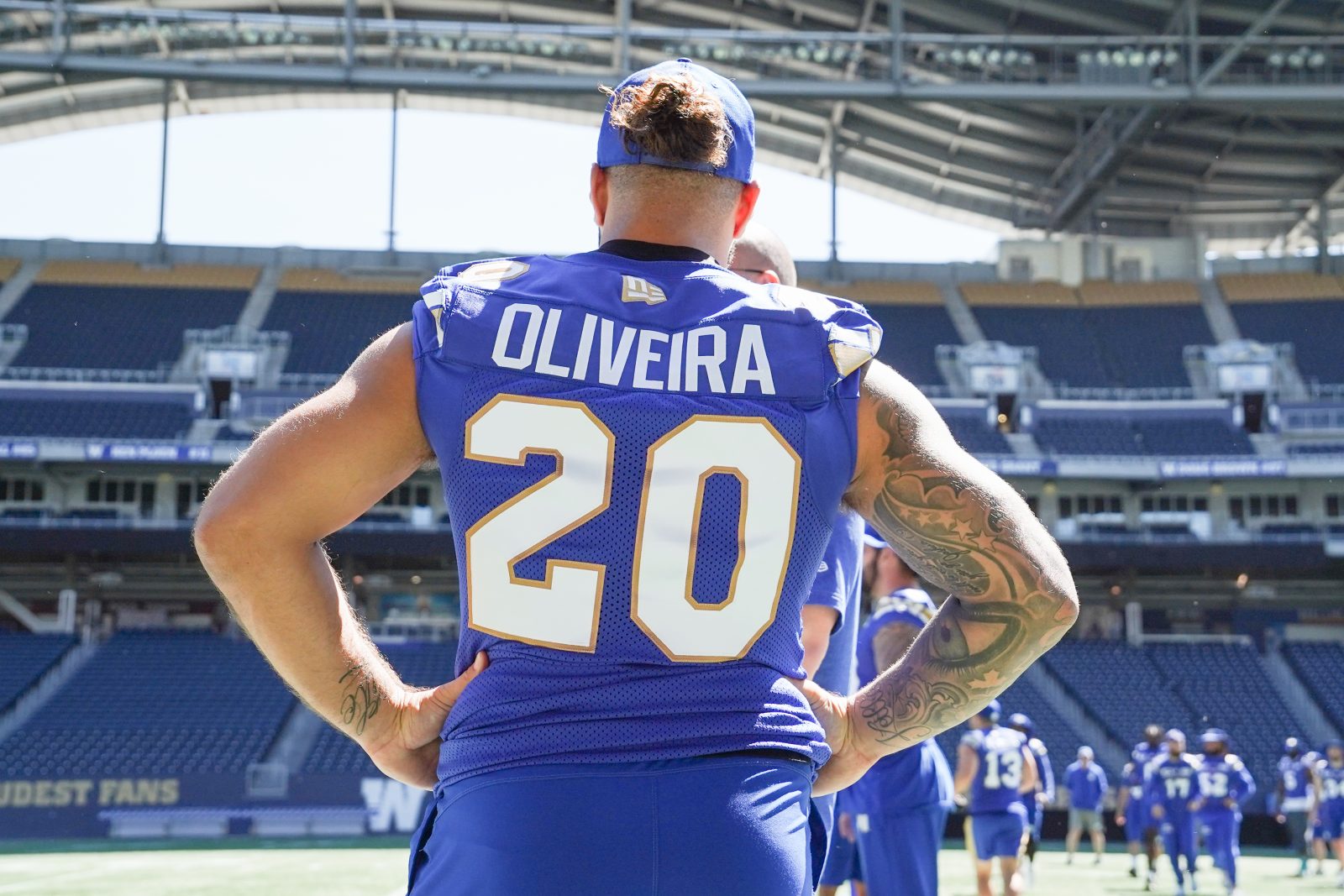 1. WRITE YOUR OWN CHAPTER

Oliveira isn’t new to the starting RB chores. He started last season’s opener with Harris injured and five more games after that, rushing for 429 yards and two touchdowns in 13 games – totals which placed him second on the club behind Harris and ninth in the CFL.

The 2021 campaign was, for all intents and purposes, his rookie season as he played in just five quarters in 2019 after suffering a leg injury in the home opener. His numbers validated his belief in his own skills and fuelled him to make changes for ’22. Oliveira said he finished last season at 230 pounds but wanted to be seen as a more explosive back this year and, as a result, has dropped about 15 pounds.

“I feel a lot smoother, faster, leaner,” he said. “There are people out there that see my running style, that see that I’m a north-south runner and get vertical right away and I’m hard to bring down.

“But it seemed like the question was, ‘Can he run away from people?’ I know I can do it. I did it in college. I just want to show people – show my teammates and my coaches, show the fans, that I can do it.” 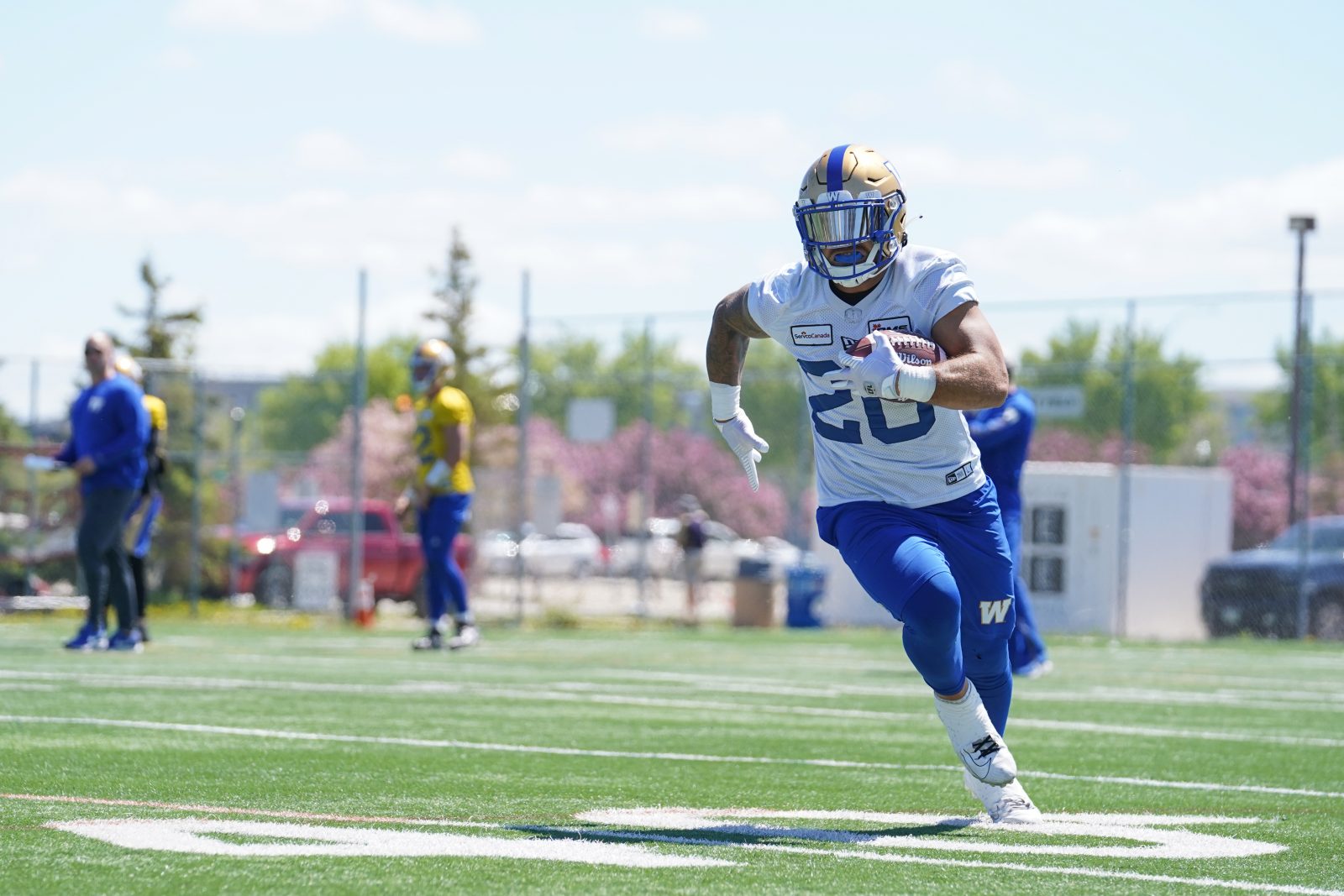 2. THE NEW AND IMPROVED REDBLACKS

The Blue Bombers open the 2022 season with a home-and-home series with Ottawa, a club which finished just 3-11 last year.

But new GM Sean Burke got to work on helping retool the roster for head coach LaPolice immediately after joining the RedBlacks from the Hamilton Tiger-Cats, and Ottawa is already considered by some to be a front-runner to finish atop the East Division.

That’s a whole pile of change, and it makes the RedBlacks not necessarily an unknown for Week 1, but a difficult opponent to prepare for without seeing how this personnel works together.

“It’s like any Week 1. There’s always change in any pro sport – players move on and there’s free agency so there’s always going to be changes, there’s a quarterback change there, but that happens with other teams, too,” said Blue Bombers head coach Mike O’Shea this week.

“I don’t know if it’s really about that as much as it’s really about a Week 1 where the teams don’t show everything they’ve got, some guys don’t even play in the pre-season, so you’ve got to just rely on your preparation and your understanding of what you’re supposed to do and your game plan and play with physicality – play football the way you’re supposed to play and stay within your system.

“Some stuff is going to surprise you because it’s Week 1. Just open your eyes and prepare to play.” 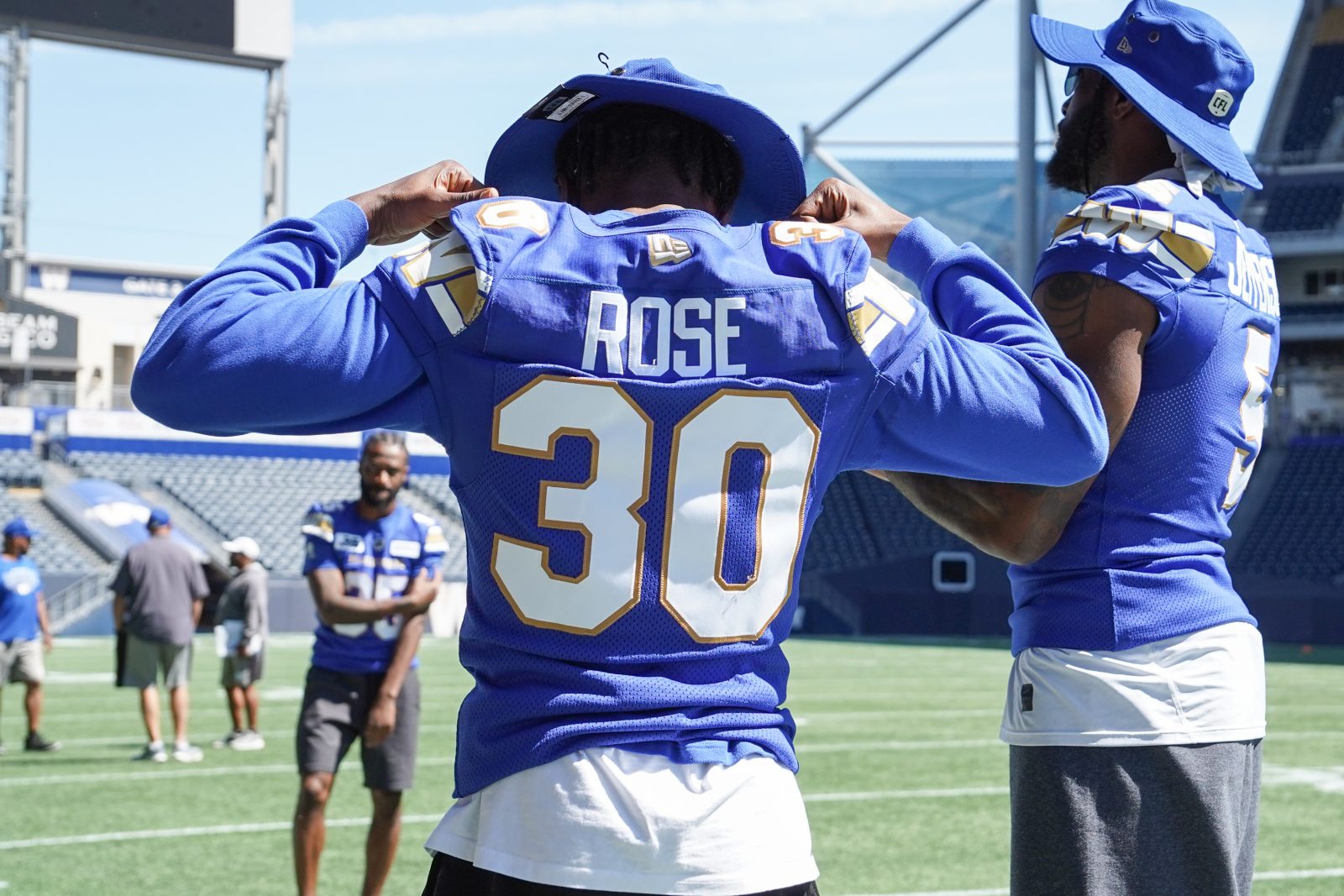 3. A BULLS-EYE ON THE AIR DEFENCE?

The Blue Bombers welcomed three new faces to their secondary last year in DeAundre Alford, Deatrick Nichols and Alden Darby. Alford and Nichols morphed into CFL All-Stars and with Alford parlaying his season into a deal with the Altanta Falcons. Darby – acquired in a trade with Toronto during camp – was an East All-Star and has since moved onto to Hamilton.

So, Winnipeg’s air defence is accustomed to adding new faces and making it work.

The club will open this season with all-star safety Brandon Alexander on the six-game injured list, with Malcolm Thompson taking his place. Veteran Tyquwan Glass, who has had starts with both Edmonton and Montreal, will start at one corner with newcomer Donald Rutledge, Jr. lining up at the dime spot.

“From training camp until now I would say we’ve already definitely formed a brotherhood,” explained veteran corner Winston Rose. “They’ve all picked it up very quickly and have bought into our standard and what Coach O’Shea always preaches with our pillars of team, chemistry, physicality, and football IQ. Those players we’ve added have picked it up pretty quick.”

All this change, however, means that the Blue Bombers secondary is under the microscope – again – as the season opens. And when that was put to Rose, he grinned.

“Honestly, we want that. We want that,” he said. “If some teams feel like we might be the weak link out there, go ahead and test it. Try your luck and see what happens.”