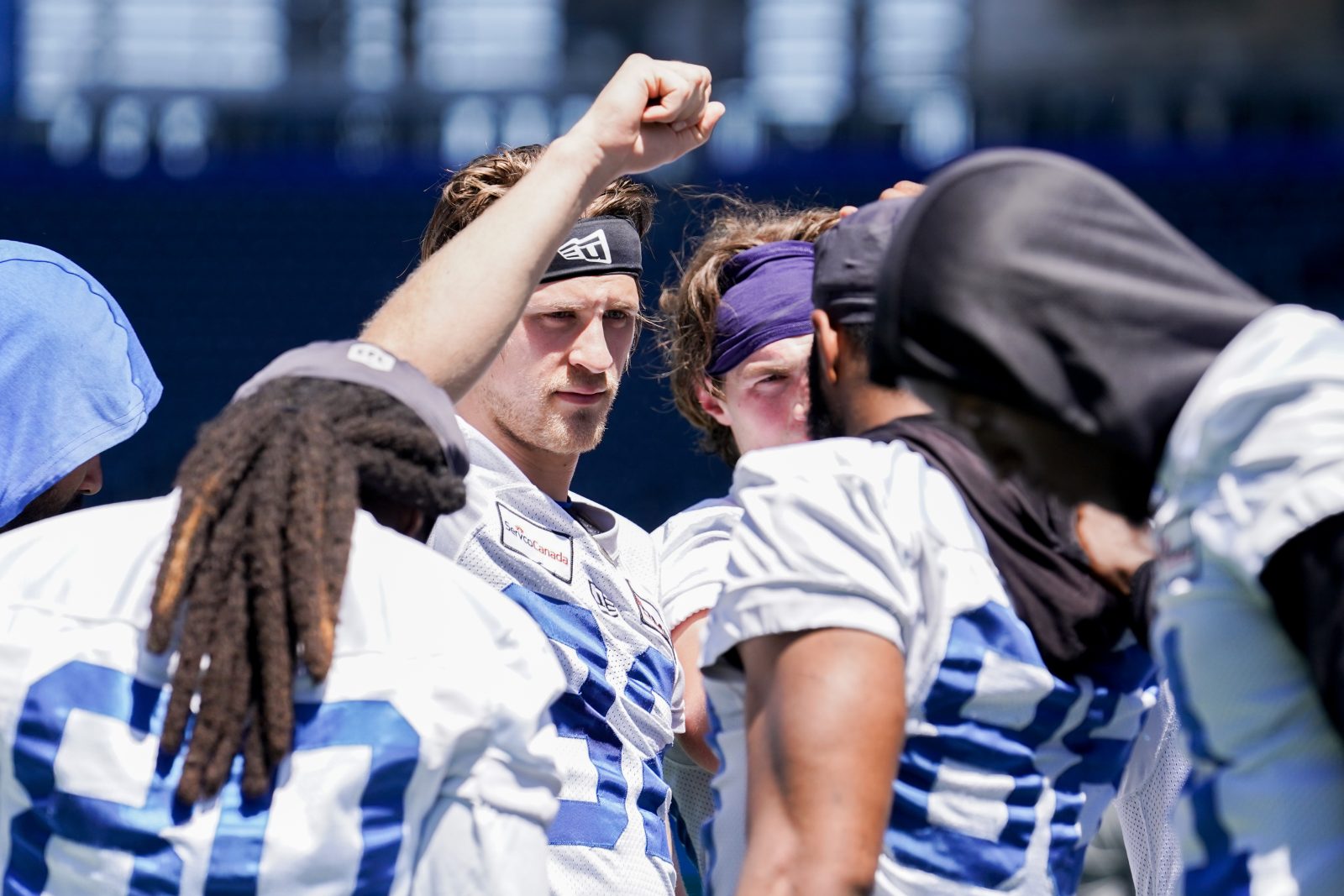 A sign hangs above the tunnel the Winnipeg Blue Bombers run through before every home game at IG Field, and it essentially serves as both a reminder and a tone setter for what is about to unfold.

It reads, in big, bold letters: ‘From the handshake!!!’

“This is what it means,” explained dominant defensive end Willie Jefferson in a chat with bluebombers.com this week. “Once Coach O’Shea gives us our final words and we shake hands with those other boys after the coin toss, well, then it’s all business.”

The Blue Bombers have been all business at IG Field for a long stretch now, having won 18 of their last 19 regular season home games at their south Winnipeg base – 19-1 if the Western Final win last December is included. Those numbers are significant because it represents the most dominant stretch at home for the Blue Bombers since a run from October 23, 1983 to October 25, 1986 when the club went 27-1 – including three playoff victories – at old Winnipeg Stadium.

The recent run is also in stark contrast to the numbers over the first four years after IG Field first opened in 2013, as the Blue Bombers were a woeful 11-25 in their spiffy new stadium. 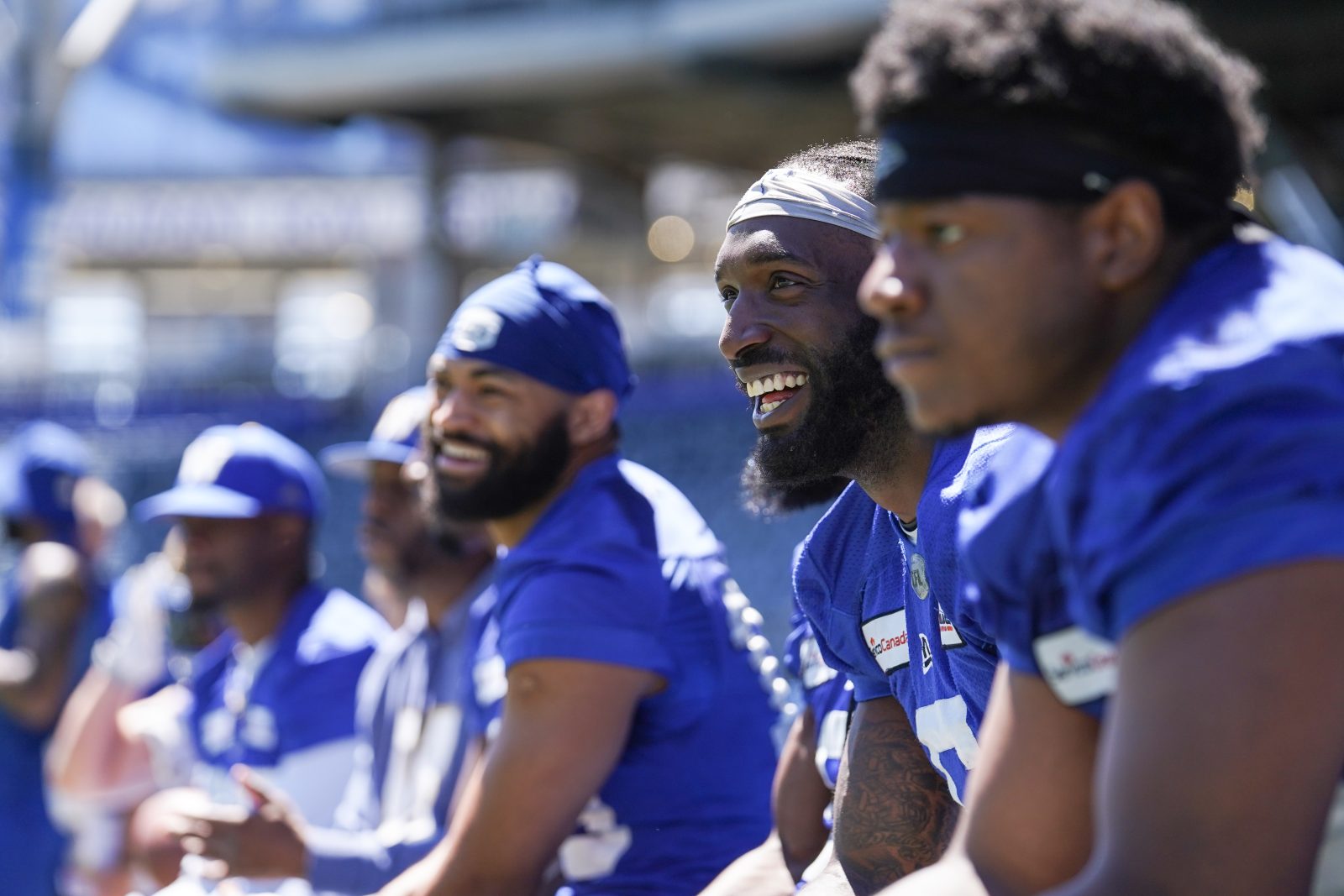 Things started to change midway through the 2016 season – after the club lost its first three at home – and since then the record at IG Field is 31-9. In fact, over the past four seasons the Blue Bombers are 27-7 at IG Field in the regular season – including 7-0 last year – for the best home record in the entire Canadian Football League.

“Once the culture change really took hold in 2016 it became that we weren’t hoping to win, we expected to win,” said defensive tackle Jake Thomas, the longest-serving Blue Bomber. “It was the same thing with the playoffs – before we hoped to get there. Now we expect to go all the way or it’s not a good season.

“Obviously you want IG Field to be a tough place to play, but as you start to win more regularly it just breeds more success and helps create the overall environment. The fans are more into it now.

“You see it in our cold-weather games, and the fans are still here. And remember we had that lightning delayed game where they stayed for three hours? That’s as loud as it’s ever been here. The fans are a huge advantage for us, but there’s also been a pride that’s developed that we don’t lose at home.” 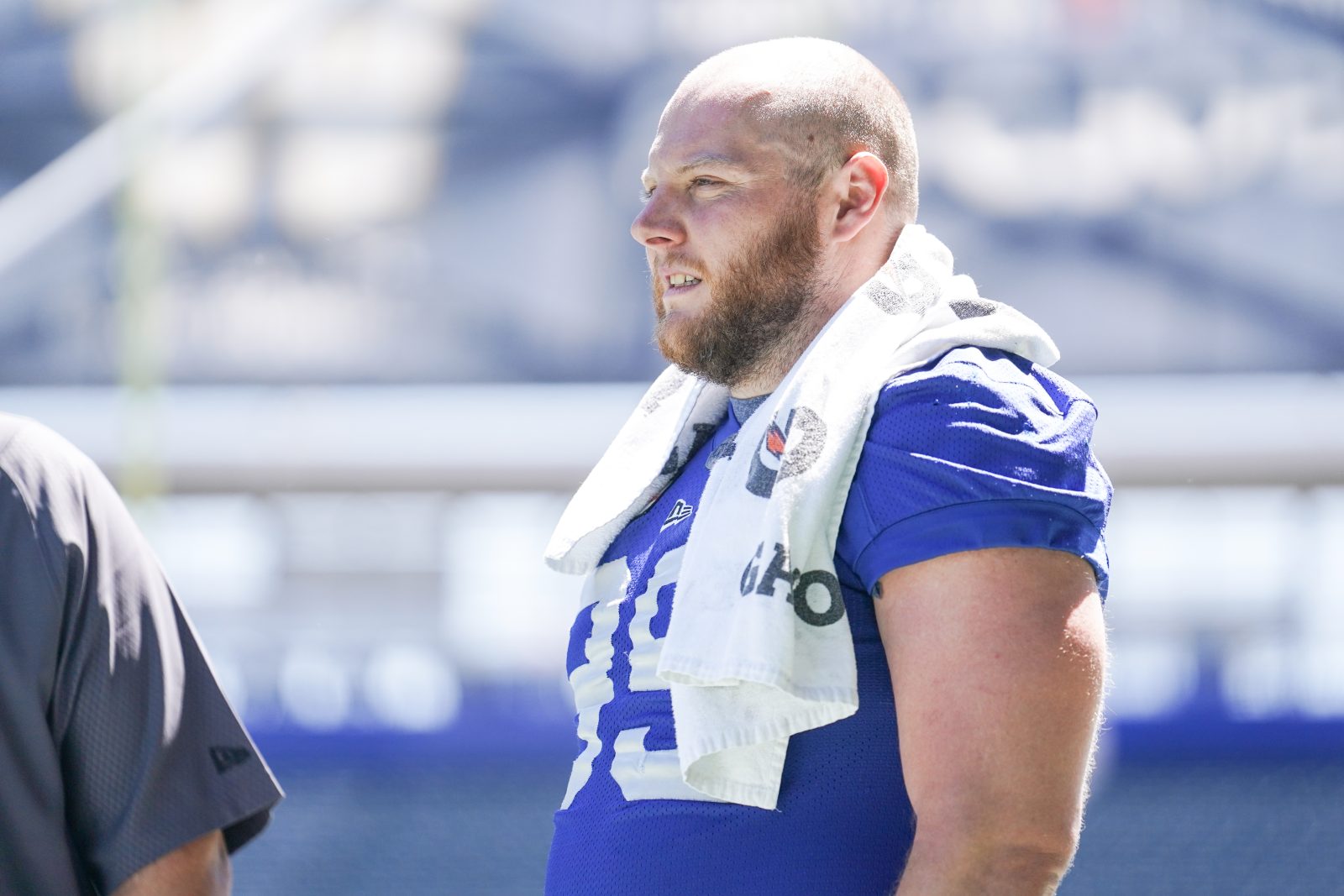 “Part of the success is our advantage in the later months with the weather and the fact that we practice in it every day,” said receiver Drew Wolitarsky. “Another factor is the sound in here with our fans being so loud. There’s a pride now with this place and this powerful energy in the building. If you come in here and you bring your juice, you’re going to get it delivered to you.

“It just means so much to be playing in front of fans who are so active and care so much about us winning. That’s pressure that helps fuel the fire.”

There are so many factors, clearly, involved here. But so much of comes with the basic idea of setting a dominant tone from the outset. Again, ‘From the handshake!!!’ 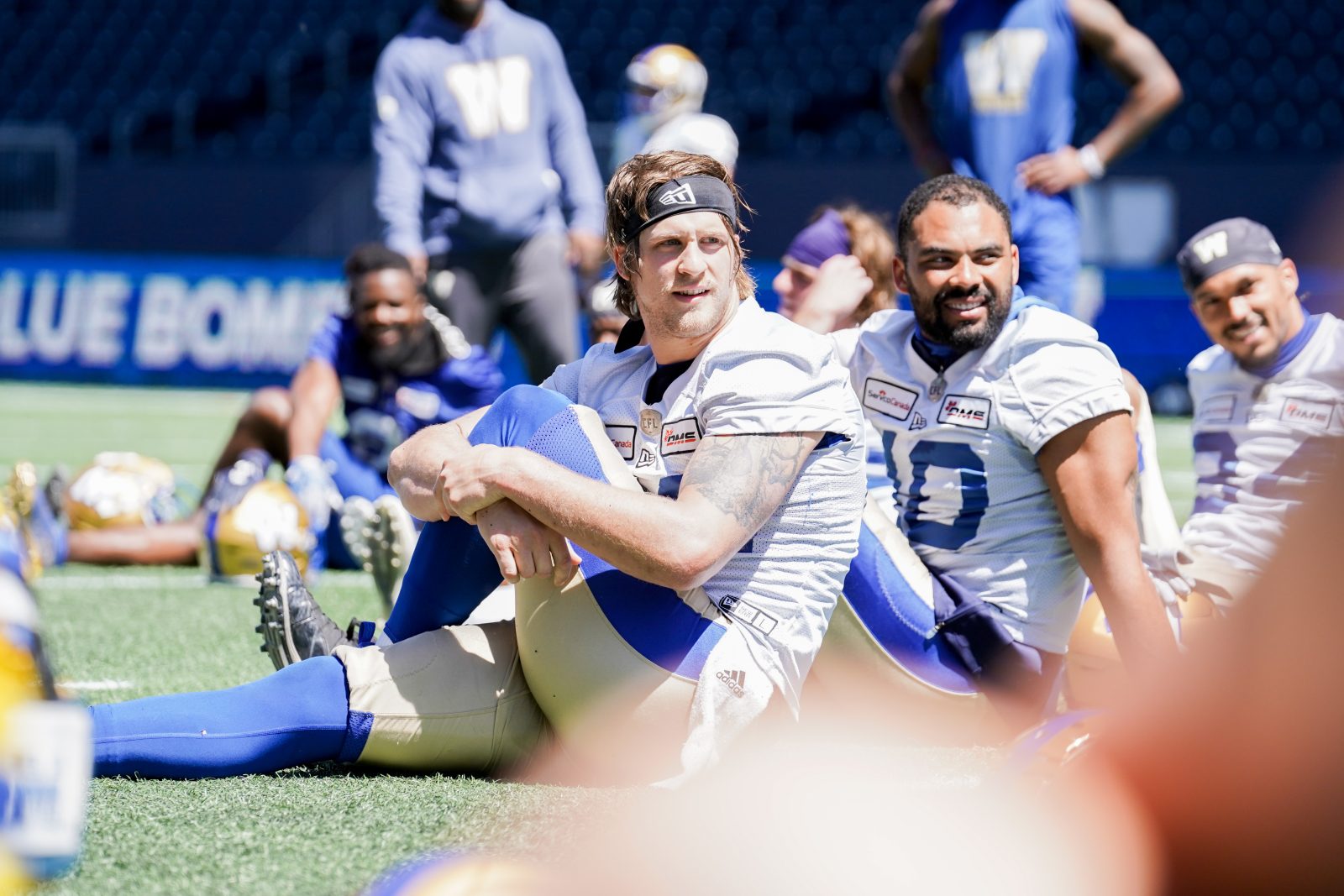 “A lot of us reach up and touch that sign before we run out of the tunnel,” said Thomas. “I don’t remember who started it, but it’s part of the attitude around here.”

There’s also a hint of the old Muhammad Ali line ‘It ain’t bragging if you can back it up’ at play here. The Blue Bombers, as two-time defending Grey Cup champions, are a vastly superior side to the team that christened the stadium back in 2013. There’s a confidence/bravado with this team and they’ve brought it consistently over the past two seasons.

“It’s being confident and consistent,” Jefferson explained. “I remember before I got here there was a time when IG Field wasn’t a place that a lot of teams were concerned about playing at. Now when you look at IG Field you know we have the loudest fans and when you come here there’s going to be a lot of crowd noise.

“We bring the physicality. We’re tough. Our fans are loud… all of that gives us the edge over the last few years. When teams get here they have to play all three phases and they better come with your ‘A’ game because we’re bringing ours.”