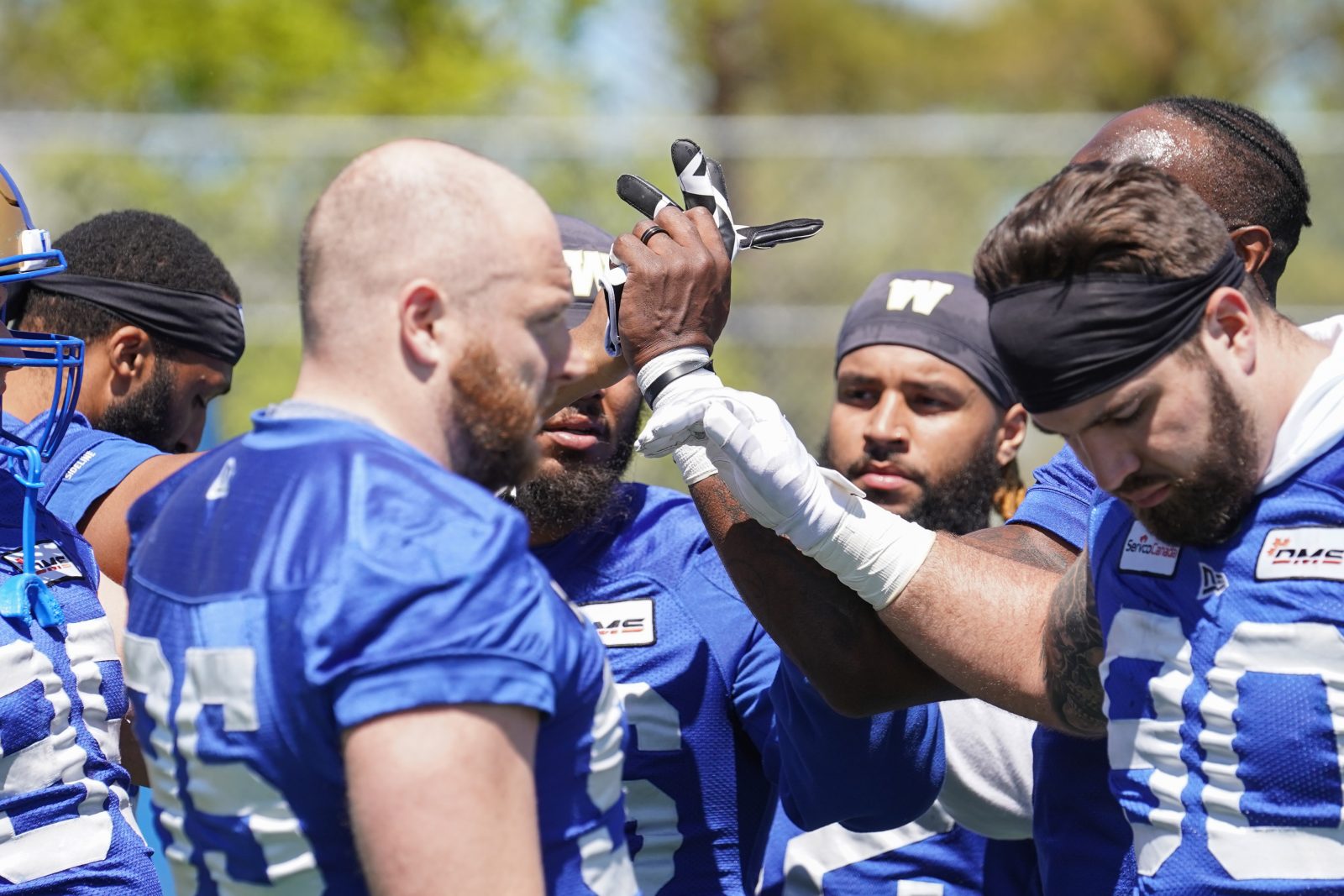 1. THREE-PEAT? DON’T GO THERE: The Blue Bombers have made the ‘just focus on the next game’ approach part of their mantra over the last few years and that is certainly reinforced by the head coach. Case in point, Mike O’Shea was asked following practice Monday about why the team is fixated on focussing on the future without rewinding to revisit the Grey Cup wins in 2019 and 2021. 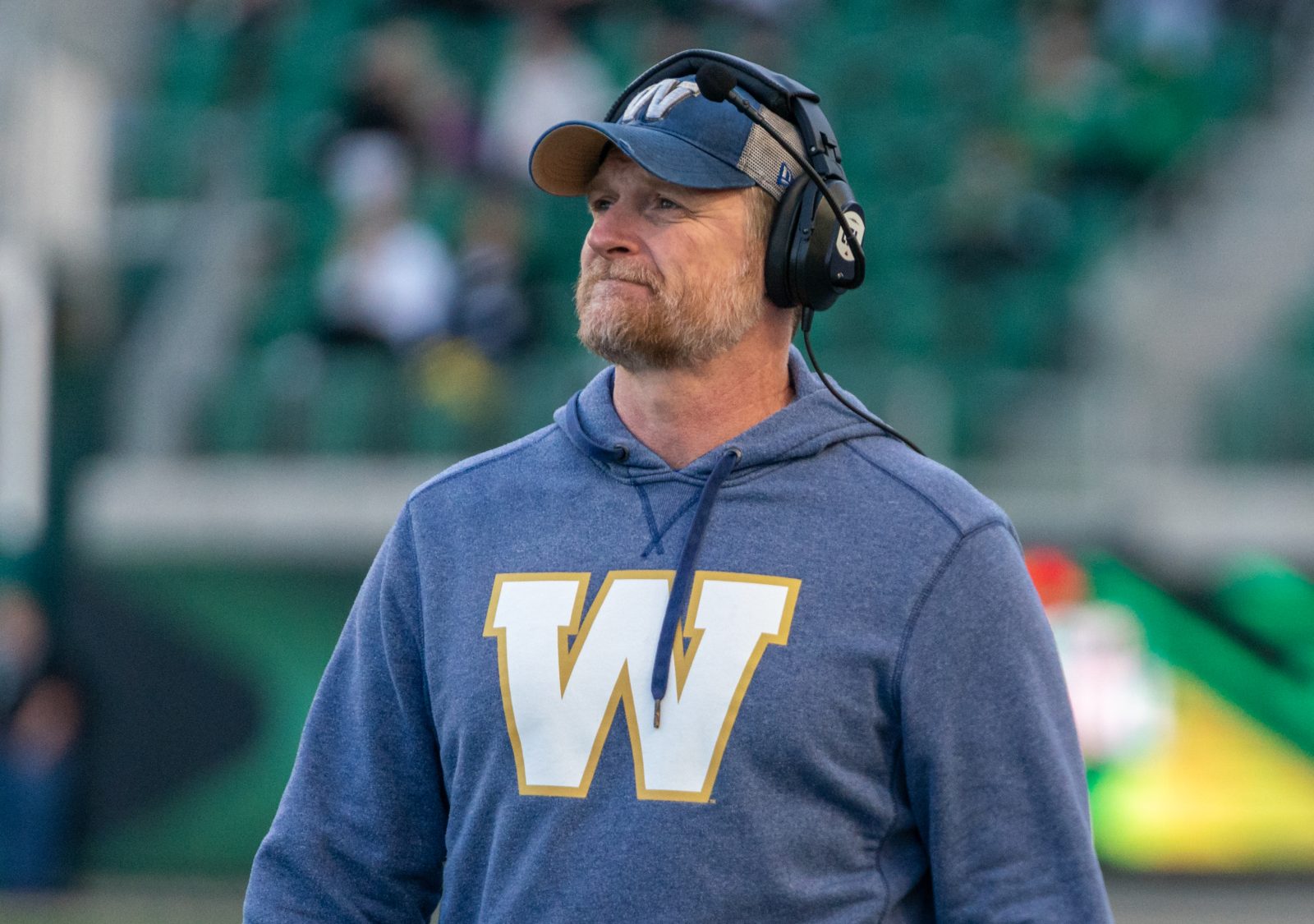 “There’s probably a thousand books on that… I don’t read ‘em, but I’m sure you can just dial up anything like that and you can find a thousand books on focusing on the present,” he said with a chuckle. “It’s the only way to do it. I don’t even know how to describe it the other way. It’s football. It you’re looking behind you, you’re going to get smacked in the mouth.
“That’s what happens in the game – don’t look up at the punt because someone is going to knock your block off. Focussing on what’s right in front of you has served us well. I don’t really know another way to do it and the players understand that’s what they need to do. It eliminates a lot of distraction.”

2. THE DARK SIDE REVISiTED: Great chat, as always, with defensive end Willie Jefferson on Monday about the Blue Bombers ‘Dark Side’ defence and wanting to be more dominant in 2022, about the new faces on the defence, the genesis of the ‘Dark Side’ nickname and on facing former offensive coordinator Paul LaPolice — now the head coach of the RedBlacks — for the first time Friday night.

3. HIGH PRAISE: More from O’Shea, who praised veteran LB Jesse Briggs, who joined the club for the first time at practice on Monday after missing all of training camp:
“He’s a leader, he helps run our special teams. He’s super-smart. He’s always in good shape, always ready to go. He’s a guy you just really rely on to make sure things run smoothly. He’s like another coach on the field. Like a lot of our guys, he’s just a terrific leader in his own way. He’s quiet and guys make fun of him for that, but he’s certainly a leader out there.”
And one more on Malcolm Thompson, who was working with the first defence at safety on Monday. We told you of Thompson, ICYMI, during camp. 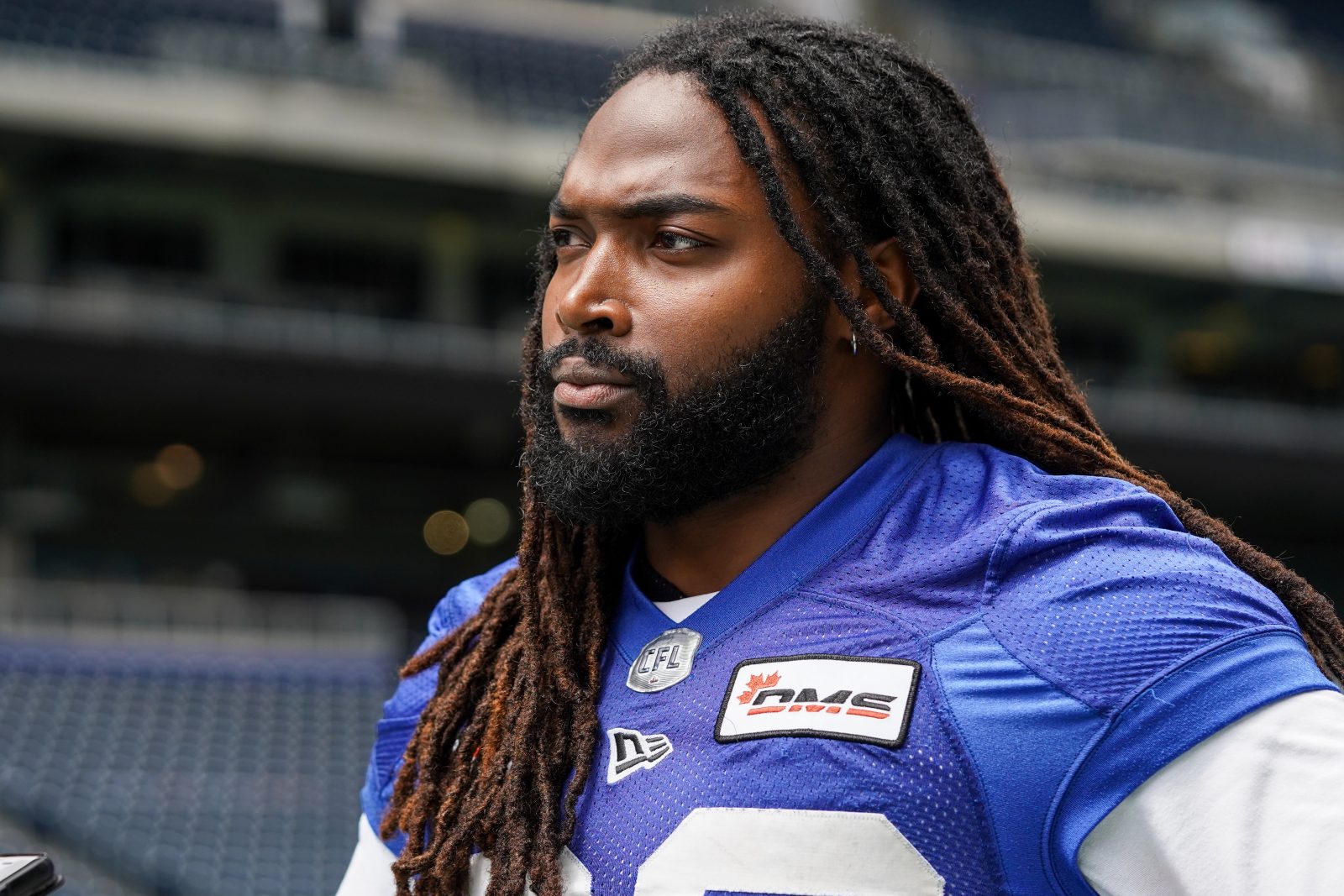 “For all these guys they’ve just got to be right more often. He does have a physical presence like most of our guys. He flies around. He communicates. The things you need out of that position, he has, as do a lot of guys on our team. At their positions they have those skillsets, those intangibles that allow them to operate at that spot.
“He’s got a lot of those. So does Nick Hallett, so does B.A., so does Noah Hallett. These guys are all quite capable at that spot.”

4. FYI: The Bombers opened the practice week with the following new faces on defence: Tyqwan Glass at corner, Donald Rutledge, Jr. at dime (outside linebacker) and the aforementioned Thompson at safety and with Cedric Wilcots II taking snaps at defensive end for Jackson Jeffcoat, who was limited… On offence, Geoff Gray is at left guard, with Greg Ellingson and Dalton Schoen joining the starting receiving corps and Brady Oliveira at RB… Not practising or limited on Monday, in addition to Jeffcoat, were WR Kelvin McKnight, DB Patrice Rene, FB Mike Miller and LB Les Maruo… Coach O’Shea on the difficulty of making cuts on the weekend: “They always are. Danny (McManus, Assistant GM), Ted (Goveia, Assistant GM) and Kyle (Walters, GM) bring in good players that our coaches like and like evaluating and like moving around and seeing where they all fit. Then, of course, you can’t have an 85-man roster.
“It’s disappointing for a lot of guys and then you walk into the team meeting room and you see all the guys that have made it and they’re pretty happy. It’s an odd type of day.”

5. JUST TO MAKE IT OFFICIAL: Now that we’re into the lead up to Week 1 of the CFL season teams will now be issuing daily injury reports. Here’s the first Blue Bombers injury report of the year: