“You’ve got to fight and claw and scratch for everything you can get.” 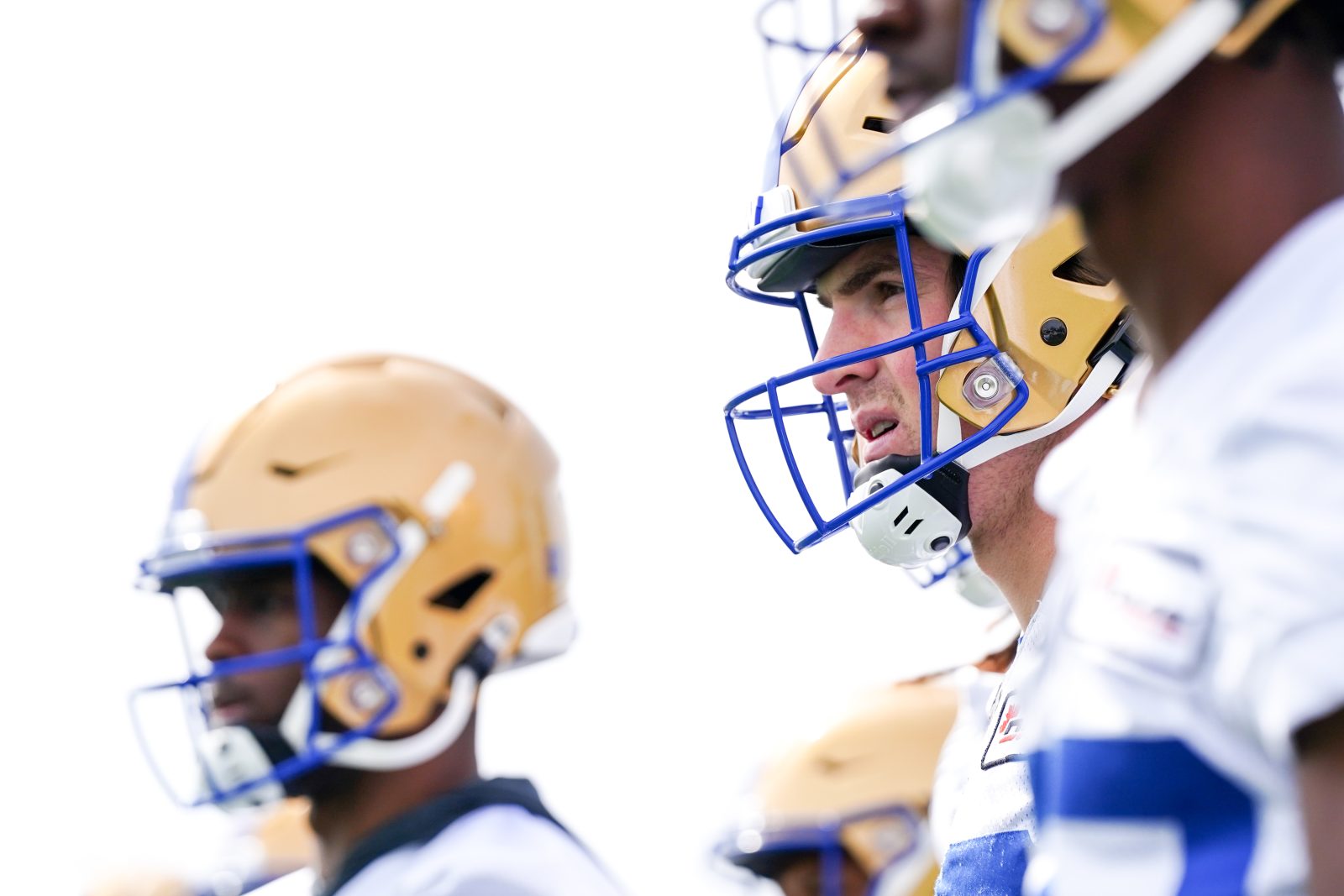 “You’ve got to fight and claw and scratch for everything you can get.”

It was a simple and concise message and in retrospect, it might have been the best advice Dalton Schoen ever heard in all his years playing football.

“My dad always tells me, ‘Go be a street dog,’” began Schoen on the first day of Winnipeg Blue Bombers rookie camp. “What he meant is nothing is ever going to be given to you, you have to go take it, you have to go earn it. And so, I’ve always had that ‘walk-on’ mentality.”

It’s an approach that has served the 25-year-old Overland Park, KS product over the years, dating back to high school and, ultimately, his first few years at Kansas State. Schoen, you see, was a walk-on in his freshman year before ultimately starting at receiver as a sophomore, becoming a team captain, and then landing shots with the Los Angeles Chargers, Kansas City Chiefs and the Washington Commanders.

But tryout opportunities and practice roster agreements clearly aren’t the same as seeing real action and having a stake in a team chasing a championship. Schoen desperately craves that again, and when the Blue Bombers came calling this winter, he was all ears.

“It’s tough when you’re waiting for the phone to ring and it doesn’t,” said Schoen. “And then my agent tells me about all the teams he’s been talking to, and yet nobody’s bringing you in for a workout. So, you’re stagnant and you’re thinking, ‘How am I ever going to get to prove myself if I don’t get a shot?’

“You’re trying to work out every single day with yourself or whoever you have around to help you – I have an awesome trainer back in K.C. and another buddy I work out with – but it’s hard to keep working without knowing what’s coming down the line.

“I guess Danny McManus (Blue Bombers Assistant GM and Director of U.S. Scouting) saw me when I was in camp with the Chiefs and one day my agent called about this opportunity. He said, ‘let’s sign this deal. Let’s get something you can set some goals for and go attack.’” 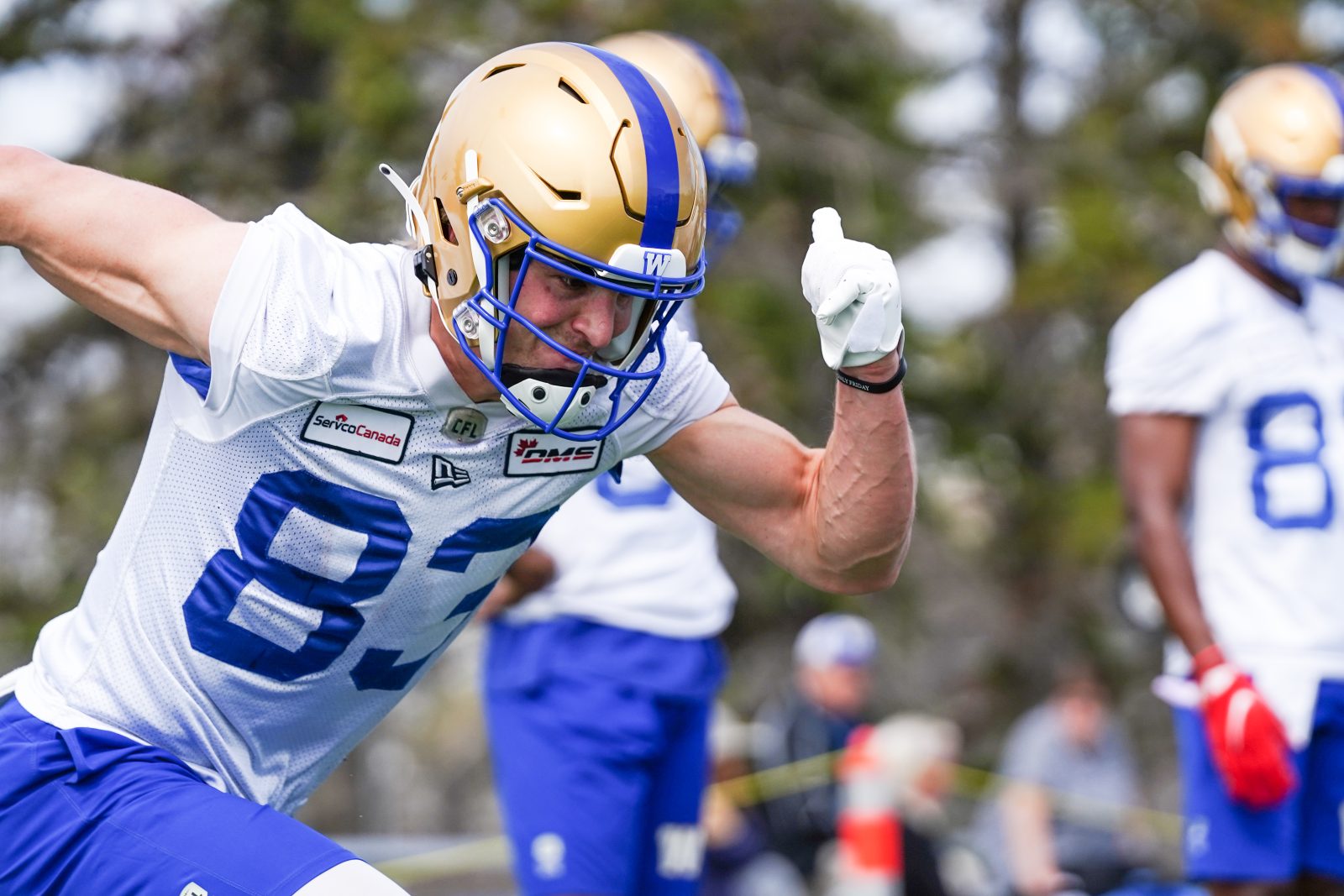 There is opportunity for Schoen here with the Blue Bombers, yet it should be said the receiving corps doesn’t have gaping holes, either. Nic Demski, Drew Wolitarsky and Rasheed Bailey return as the starters, and the club added proven CFL vets in Greg Ellingson and Jalen Saunders over the winter. That makes Schoen one of a dozen or so new faces fighting for work.

Again, though, this brings us back to the street-dog mentality and Schoen’s inner drive and determination.

“It comes from my faith. God wouldn’t have given me this dream, this drive and all that stuff if I was just supposed to end it right then and there,” he said. “It also comes from my family – my parents, my brother, my sister, everyone who is supporting me and saying, ‘You can do this.’

“They remember the days when I was in high school and I wasn’t getting recruited by anybody in Division 1. And then they remember when I was a walk-on and was just on the team and people were telling me, ‘It’s cool that you’re on the team, but you’ll never really play.’ So, after proving them wrong you start believing that you can do it at each next level. That’s where my internal drive comes from.

“At K-State I didn’t touch the field for two years and in my sophomore year I’m fighting just to get a spot on the bus, but then end up starting. So, you never really know when it’s going to break for you, but you better be ready for when it does. That’s what keeps me driving, keeps me working.