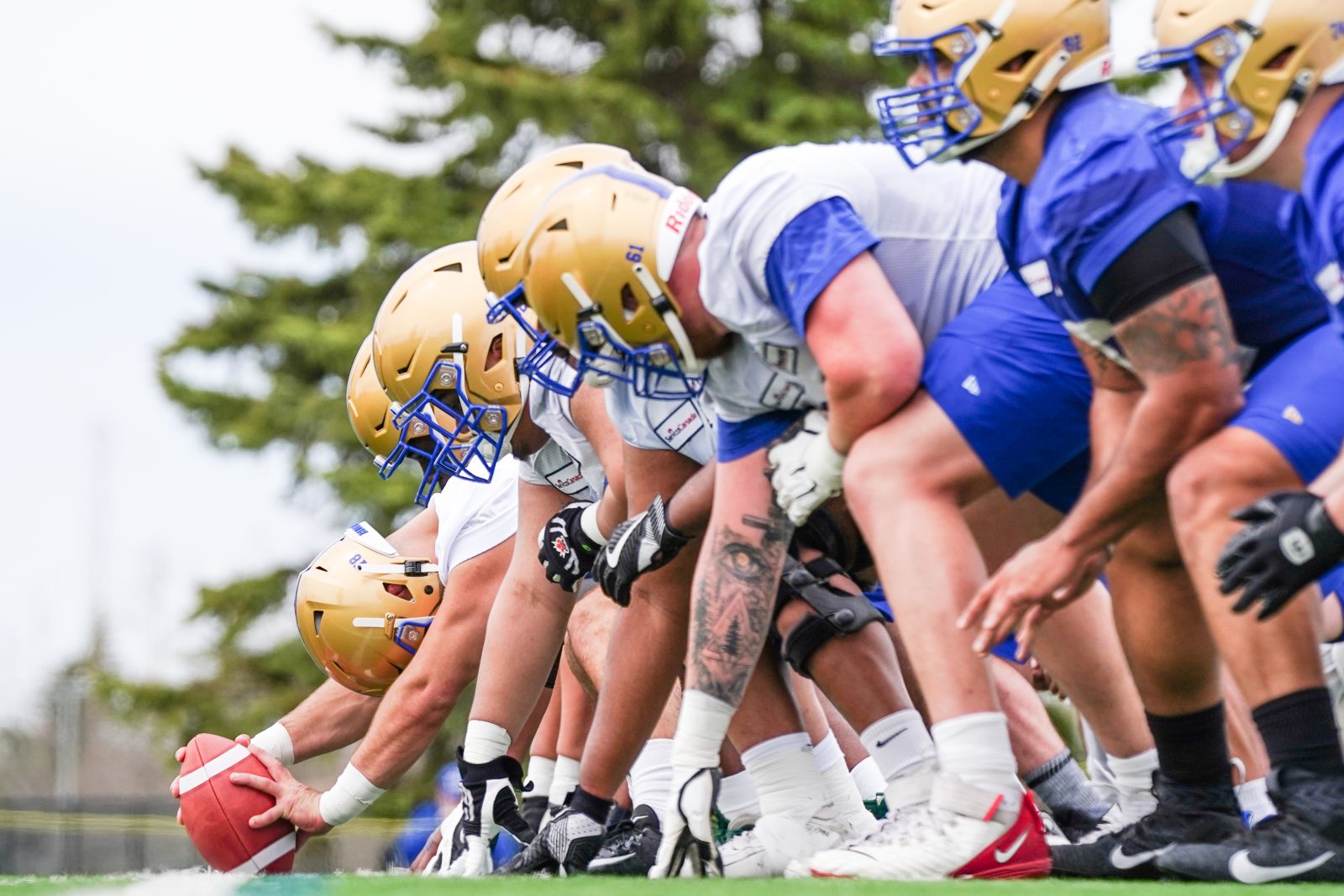 1. And we’re off… The Blue Bombers — check that, the wannabe Blue Bombers — were back at work with the opening of rookie camp, the first of three sessions this week before main camp is to open Sunday morning — providing a new collective-bargaining agreement gets done.
Head coach Mike O’Shea and the staff are obviously evaluating every rep and every move by the players out here, but the boss also had an interesting take about the goal of rookie camp.
“We’re trying to give them a good start so that when the veteran group comes in, they’re competing at that level; they’re not behind in their process,” he said. “You’re just trying to give them as much information as you can, walk them through a pile of stuff and get them really comfortable with terminology, basic plays, our standards of work so that you’re comparing more apples to apples than apples to oranges.
“You do observe and you’re making notes, but it’s more about trying to help these guys get to the level they need to so they can compete when they vets come in.”

2. Crash course: Veteran QB Dakota Prukop, signed by the club this winter after he was released by the Edmonton Elks, was one of four quarterbacks on the field Wednesday along with Dru Brown — who dressed for two games last year with the Blue Bombers, University of Manitoba product Jackson Tachinski and Jake Floriea, signed this week after playing his college ball at John Carroll University.
As a veteran, Prukop did not have to participate in this rookie camp, but chose to do so to learn Buck Pierce’s offence — and knowing that the decision might be touchy with ongoing CBA discussions. 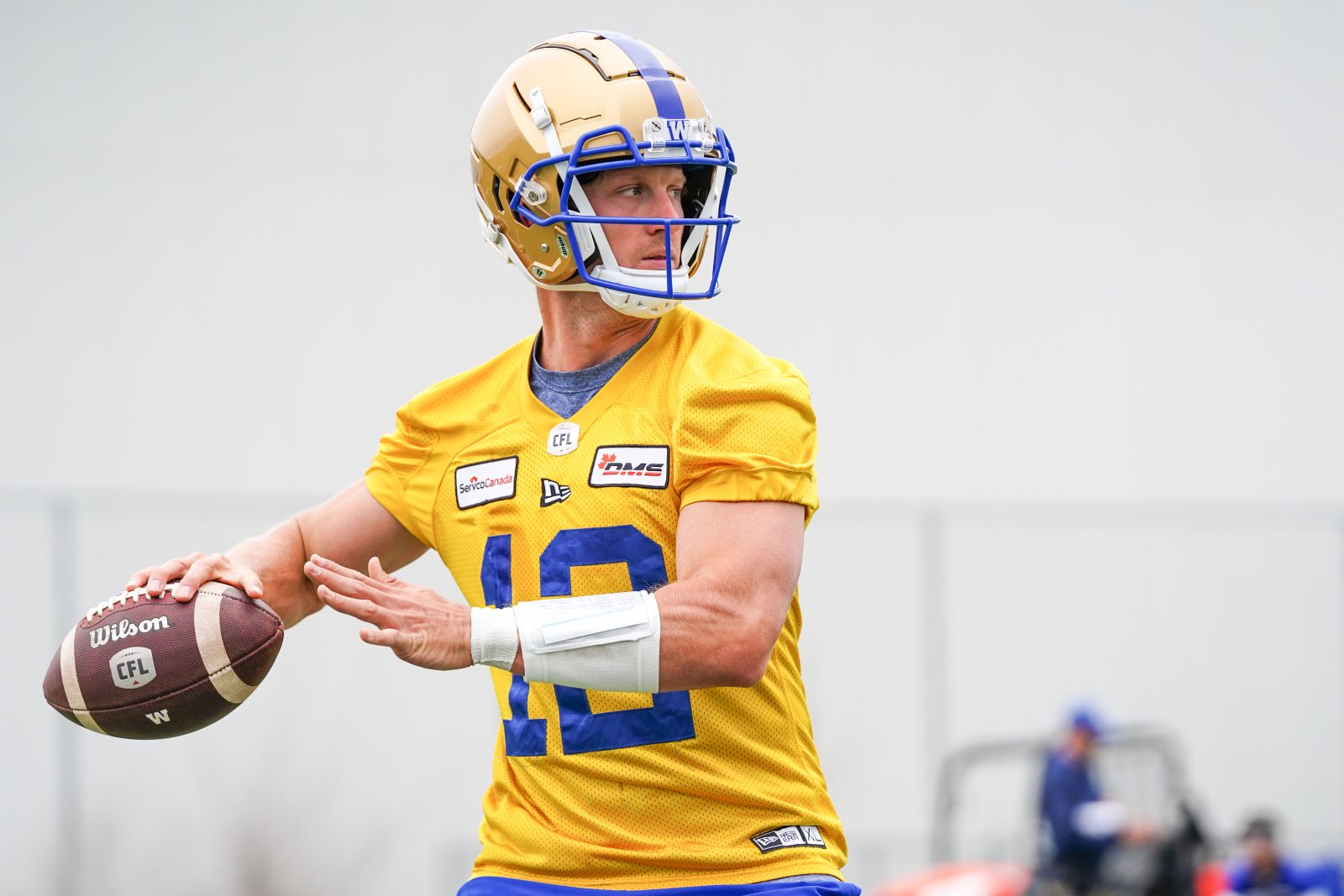 “All the quarterbacks have talked quite a bit, the PA (CFL Players’ Association) has been involved and what it came down to is everyone situation is a little different,” Prukop explained. “You’ve got the veterans with solidified jobs, or veterans competing against other veterans. You’ve got another group, which is the group I’m in — I’m a veteran, but I’m competing against rookie guys with a new offence and a new playbook.
“With the support of the of the other veterans around the league guys had no problem with me coming and competing for my job. The leadership on this team has been great. I reached out to Zach (Collaros) and Adam (Bighill) and checked with them because the biggest thing is you don’t want to create any kind of disruption or friction on the team.”
Prukop said he did a lot of communicating before making the decision to attend rookie camp.
“Absolutely, but everyone’s been great,” he said. “It’s a top priority and everyone is at their phones ready to call. But what was really cool for me, just having relationships with some of the different veterans around the league, was the outpouring of support. Everyone was on the same page. It was really cool, because at first I was worried… I have to provide for my family in a unique situation where I’m coming to this team with this amazing opportunity and I’m competing against some really good quarterbacks. The thought of putting myself at a competitive disadvantage was just really going to be hard on myself and my family.
“I lost a little sleep over it, but after a couple conversations with Zach and some of the other veterans around the league and Adam it really put my mind at ease and allowed me to just come out here and play.”

3. Kicker watch: Ali Mourtada was the lone placekicker at rookie camp on Wednesday — Marc Liegghio will report with the veterans — and was hoofing some through the uprights and into the parking lot.
Meanwhile, Australian punter Tom Hackett, a two-time Ray Guy Award winner as the top punter in the NCAA during his days at Utah, was showing off a variety of different kicks and already showing a knack for directional punts. 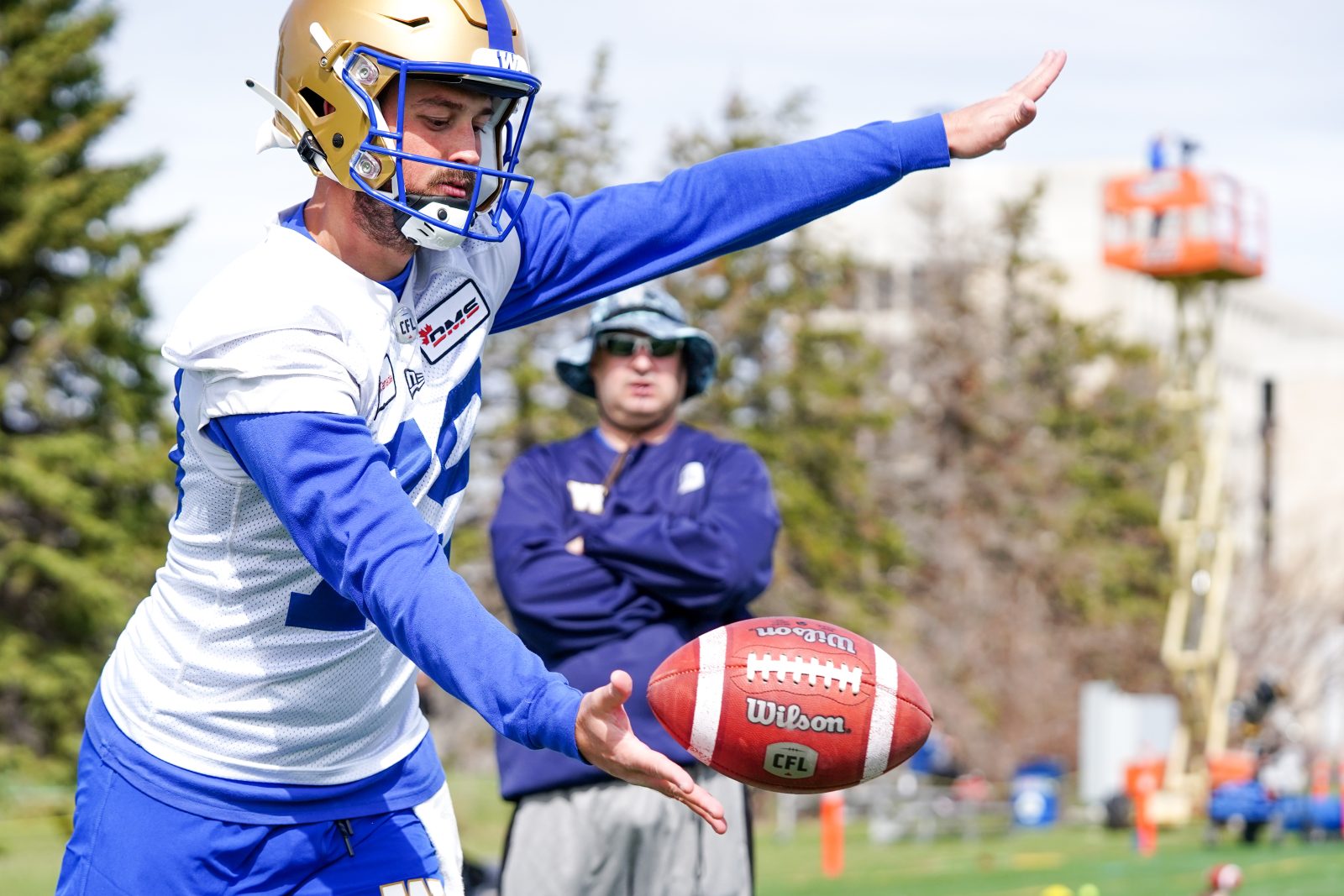 Hackett hasn’t kicked in years, but does run an Aussie-style kicking camp.
“He’s been really good,” said O’Shea. “With the Aussies it’s a lot like if you said a Canadian hockey player who played at a very high level and was at the top of his game and didn’t shoot a puck (for a while) I imagine he’d get a stick and pretty soon he’d be ripping ’em. It’s the same thing with Aussies and punting.”

4. Welcome back… Here’s Coach O’Shea when asked if the first day of rookie camp is special:
“I don’t know that it’s the practice that’s special, it’s the time leading up to it when you see guys coming into the locker room. These guys don’t necessarily know each other like when the vets show up, but we’ve got a lot of vets hanging around right now.
“Just having guys back in the locker room and having a real locker-room set-up and having the rookies in that… last year (because of COVID protocols) there were guys dispersed all around and some guys ended up having their first experience as a rookie in pro football wasn’t as it should be because there was a lot of segregation just in terms of physical distancing.
“This is a lot closer of where we need it to be.”