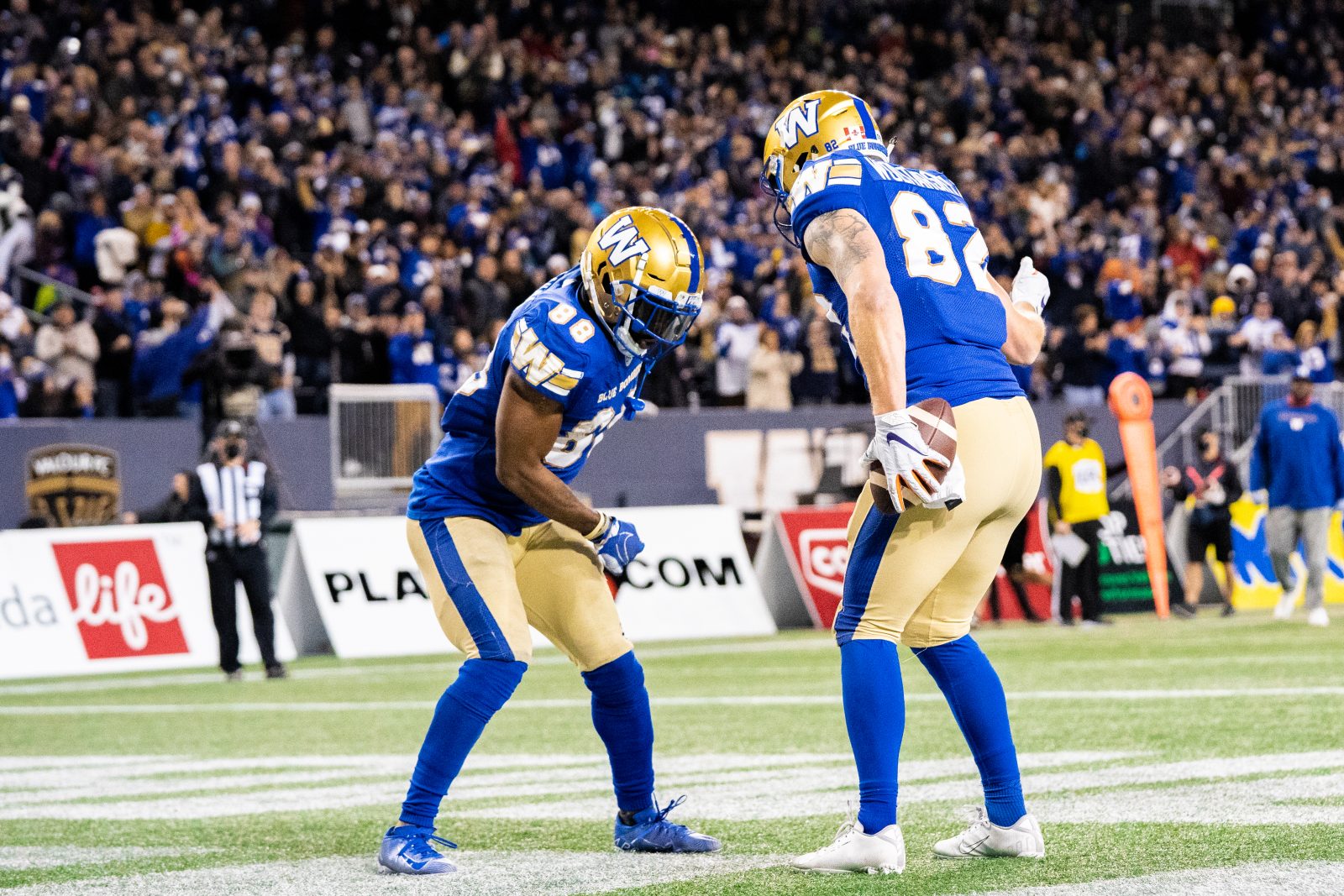 Drag your finger down the list of receivers on the Winnipeg Blue Bombers roster and there is the usual collection of familiar names.

Three starters return from the 2021 Grey Cup lineup, including Canadians Nic Demski and Drew Wolitarsky and Rasheed Bailey. Joining that crew are faces we have also been introduced to over the last few years in Janarion Grant, the club’s main kick returner, Kelvin McKnight, Brendan O’Leary-Orange and Carlton Agudosi.

Yet, it’s the departure of two players – and the addition of two other Canadian Football League veterans – which will make the Blue Bombers receiving corps such an intriguing study when main training camp opens on Sunday.

Gone are mainstays Kenny Lawler, who led the CFL in receiving last year and turned that into a big contract with the Edmonton Elks, and Darvin Adams – 10th on the club’s all-time receiving yardage list – who is now with the Ottawa RedBlacks.

Brought aboard to help fill those voids are Greg Ellingson, a five-time 1,000-yard receiver and former Hamilton Tiger-Cats star Jalen Saunders, who is attempting to jumpstart his career after a series of unfortunate events, including a knee injury, the pandemic, and a car accident. 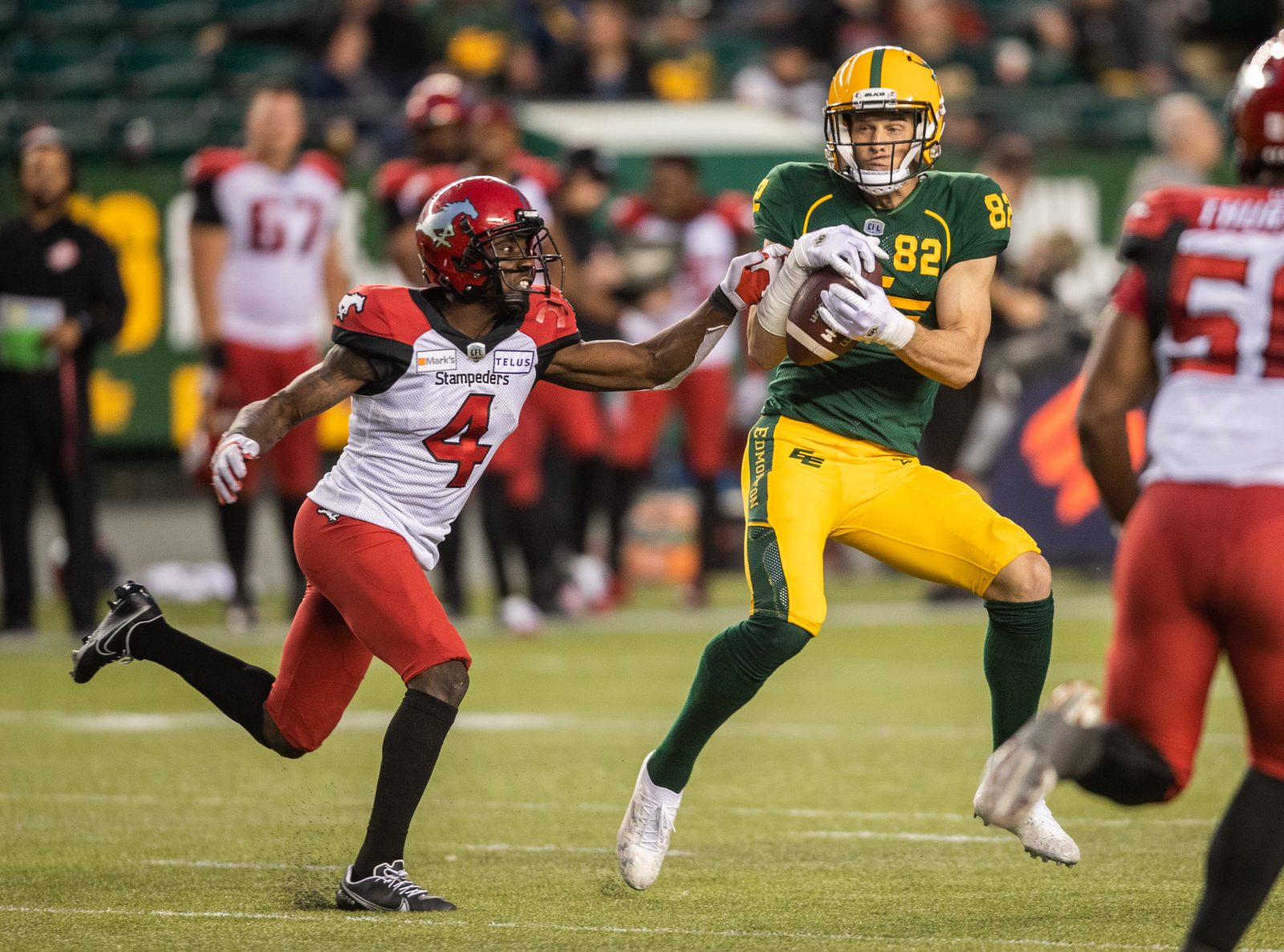 They join a group that already includes Demski, named the team’s Most Outstanding Canadian last year, the steady and reliable Wolitarsky and Bailey, a gritty and emotional vet whose game has improved dramatically since his arrival.

O’Leary-Orange, McKnight and Agudosi, meanwhile, are all entering their second years with the club and with that comes an increase in expectations.

Joining them are 10 newcomers, all of whom have impressive highlight tapes and resumés, including Blake Jackson, who was popping off the page a year ago before blowing an Achilles during camp, former Kansas State star Dalton Schoen, who has had looks from a handful of NFL teams, Lucky Jackson of Western Kentucky, Antonio Nunn of the University of Buffalo and last with the Atlanta Falcons, Whop Philyor, who starred at Indiana before a look from the Minnesota Vikings, Middle Tennessee State product Tavonn Salter, who also spent time with the Falcons, T.J. Simmons of West Viriginia and last with the Tampa Bay Buccaneers, former Auburn Tiger star Eli Stove, who was scheduled to join the Los Angeles Chargers last year before suffering a torn ACL, Florida Atlantic product Taravris Harrison, Keyion Dixon of Eastern Kentucky, who also is a returner candidate, B.J. Muckelvene of Wingate and Middle Tennessee State’s Tavonn Salter, who had a look from the Falcons last year.

Now, with a receiver room already featuring established pieces and adding two familiar CFL faces, the opportunities would seem to be thin. But there is opportunity, and the club would be ecstatic if the next Milt Stegall, James Murphy, Terrence Edwards – or Adams or Lawler – emerges from the collection of newcomers. 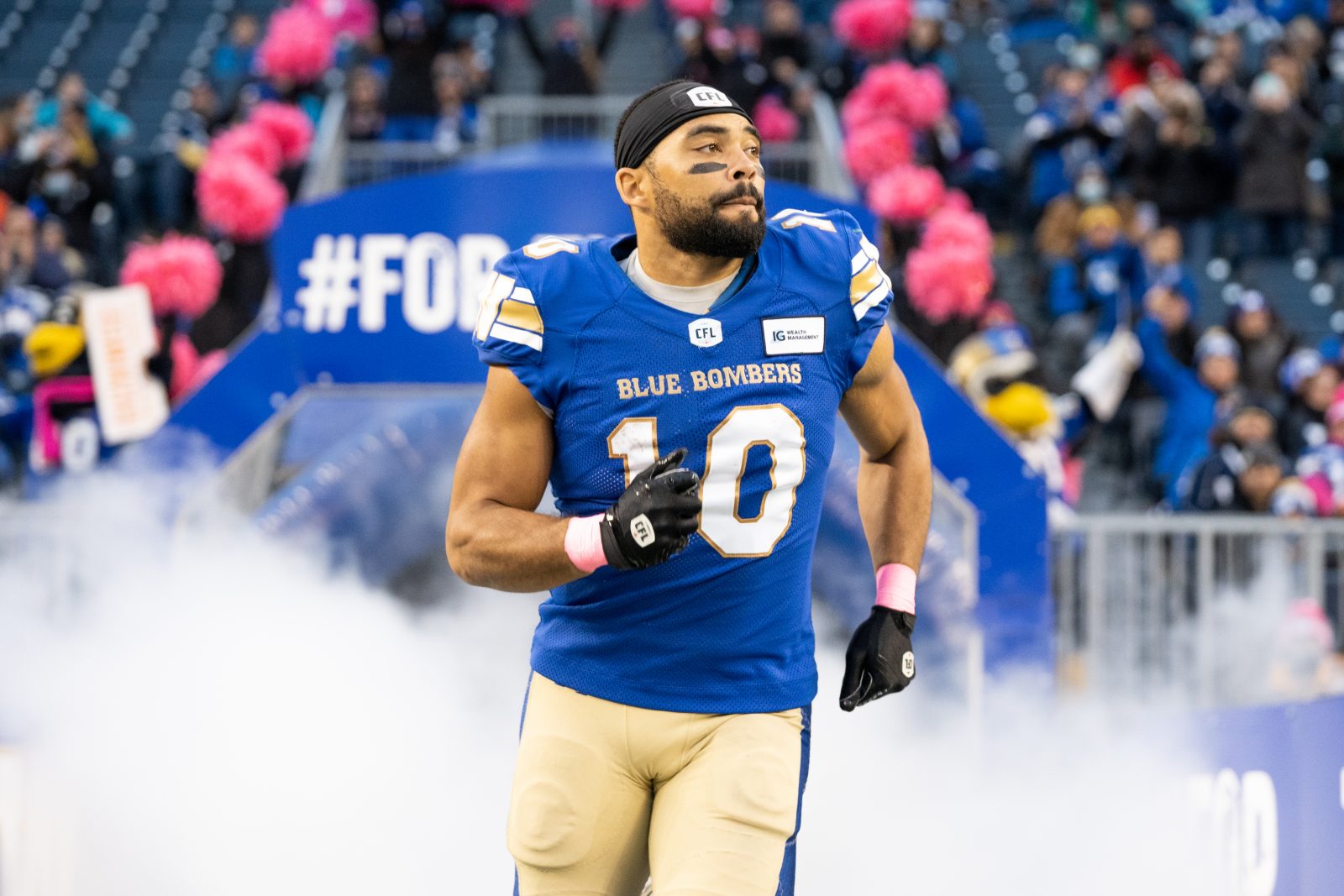 TRAINING CAMP 2022 PREVIEW: A LOOK AT THE RECEIVERS 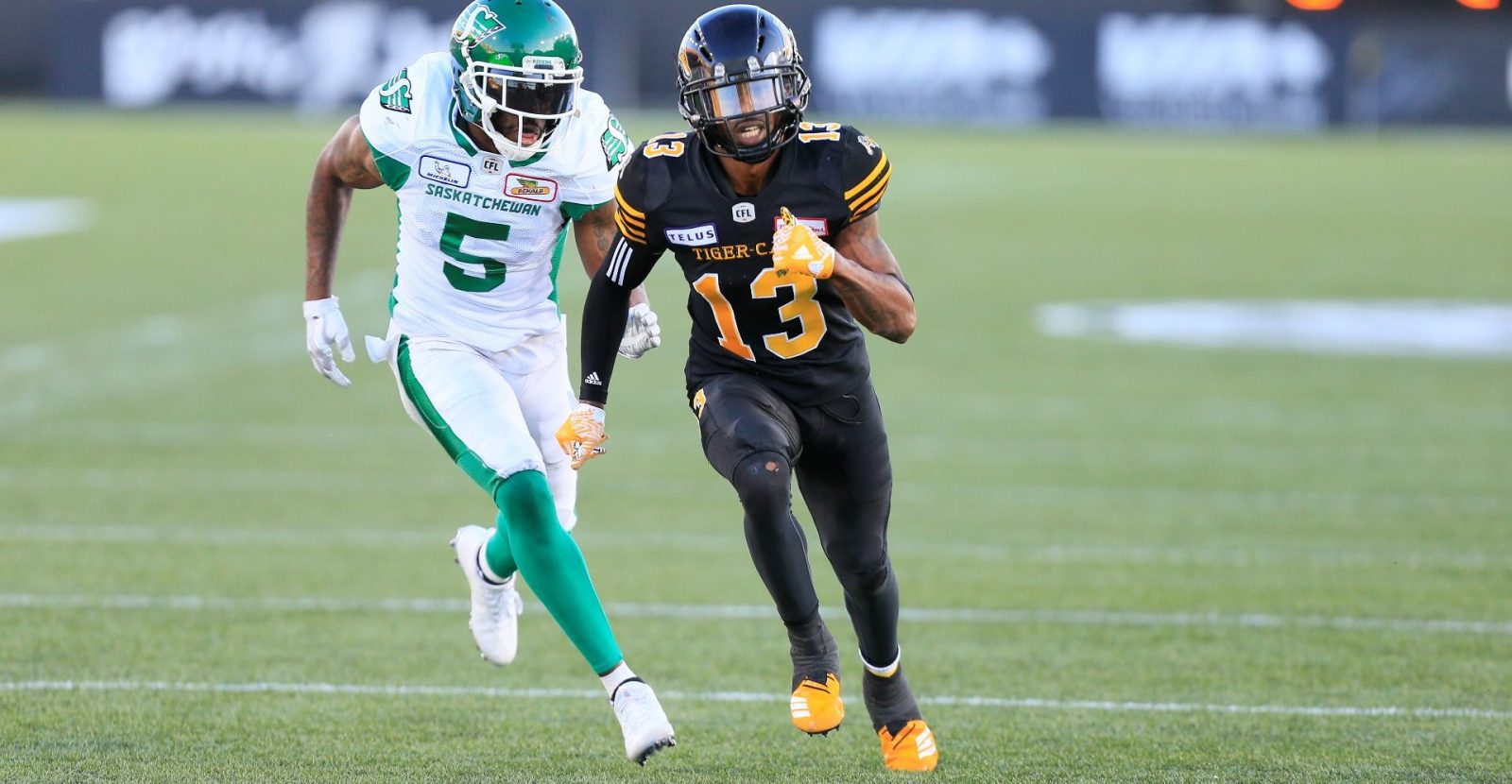 He’s hardly new to CFL fans, as Ellingson is a five-time 1K-yard receiver with Ottawa and Edmonton who has 117 CFL games on his resumé over an eight-year career. His arrival helps offset the loss of Lawler and Adams in free agency and adds another reliable and veteran presence in the receiving corps.

His career trajectory arrow was pointing straight up back in 2018 during his days with Hamilton as he had 121 catches for 1,909 yards in just 25 games before he blew his knee out in the ’18 Labour Day Classic between the Tiger-Cats and Argos.

If he is back to form the Bombers have found an explosive deep threat to add to their receiving corps.

The Blue Bombers led the CFL in receptions of 30-plus yards in 2021 with Lawler (10) and Adams (5) accounting for more than half of those. The others came from Bailey with five, Demski with four and Wolitarsky and Andrew Harris with one each.

Demski finished second in the CFL with 351 yards after the catch. Only B.C’s Lucky Whitehead, the former Bomber, had more with 447.