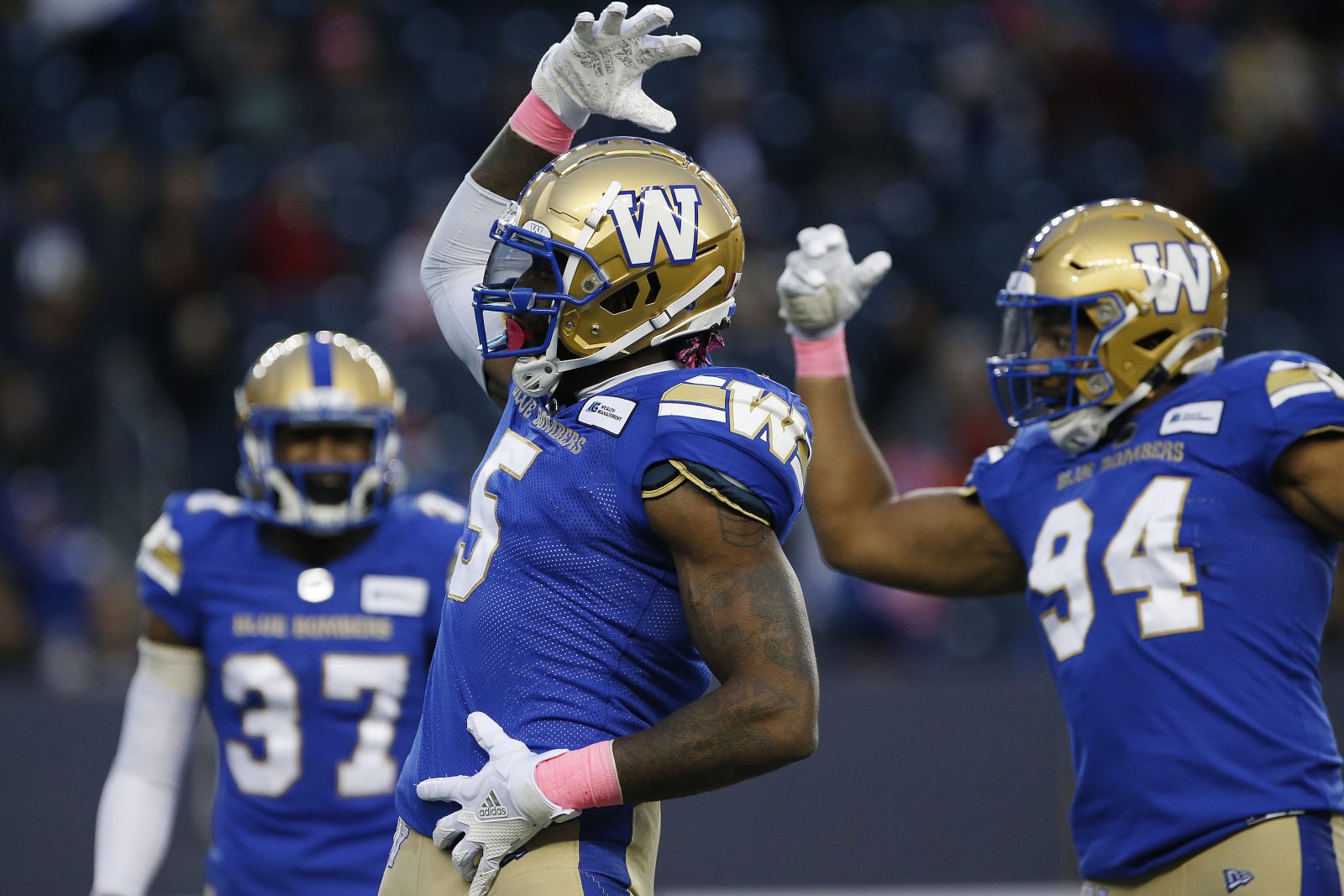 Let’s begin today with a hot take, and then let the hard-core members of Winnipeg Blue Bombers nation agree or disagree: Jackson Jeffcoat and Willie Jefferson combine to form the most ferocious and talented defensive end duo in franchise history, a span that goes back decades to 1930.

Now, hear me out as we attempt to back this up… There have been some spectacular ends in this team’s records – remember, we’re talking about ends, not tackles – from Herb Gray to Tony Norman, Elfrid Payton to Gavin Walls to Mike Gray, Tom Canada, Jamaal Westerman and so on.

Yet no Blue Bombers squad had ever placed two defensive ends on the Canadian Football League All-Star Team, dating back to 1962, until last year with Jeffcoat and Jefferson.

In fact, consider this: dating back 60 years, the Blue Bombers have only placed two defensive linemen on the CFL All-Star squad in one season on four occasions, with Jeffcoat and Jefferson the first end duo to be recognized in the same season. The other instances saw tackle John Helton and end Pete Catan honoured in 1982, tackles Doug Brown and Denny Fortney in 2002 and Brown and end Phillip Hunt in 2010. 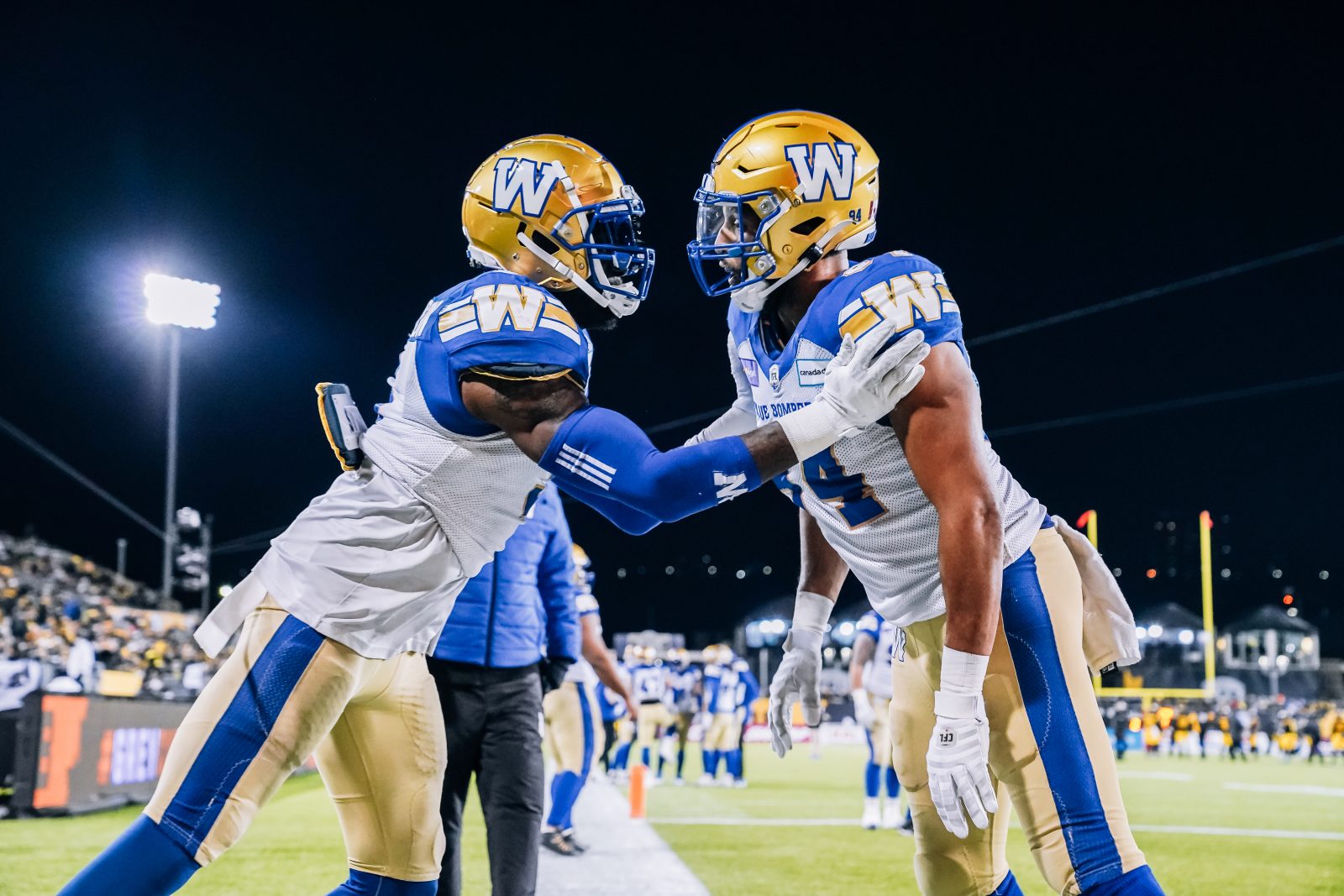 All of this is just to reinforce the role Jeffcoat and Jefferson played in Winnipeg’s ‘Dark Side’ defence in 2021, the most formidable force in the entire CFL. The two men combined for 16 sacks, 45 tackles, two interceptions and seven forced fumbles. Oh, and countless migraines for quarterbacks and offensive coordinators across the land.

The dynamic duo will once again anchor a defensive front that figures to be just as dominant in 2022, even with the departure of Steven Richardson to the B.C. Lions. Casey Sayles, who stepped up for Richardson in the half season he missed due to injury, contributed with five sacks – third-most on the team. He’ll be partnered on the interior with Jake Thomas, who is coming off a year in which he posted four sacks – one of his career best – in a pandemic-shortened CFL season. Ricky Walker, who had a sack and eight tackles in seven games, could also be a tackle to keep an eye on as he heads into his second season.

The front will be impacted depth-wise by the departures of Richardson, as well as Jonathan Kongbo to the Denver Broncos and Thiadric Hansen, who is currently a free agent and uncertain if he is going to continue playing. Tobi Antigha, a veteran depth guy, also left via free agency to hook up again with Chris Jones, this time in Edmonton. Landing promising Canadian tackle Cam Lawson in a trade with the Montreal Alouettes earlier this week certainly helps offset some of those losses.

That said, Blue Bombers personnel types have a proven track record of discovering or drafting talent along the D-line, and any number of the half dozen new faces could begin making an impression when camp opens in a few days. They’ll have a high standard to try and meet on the ‘Dark Side’ defensive front. 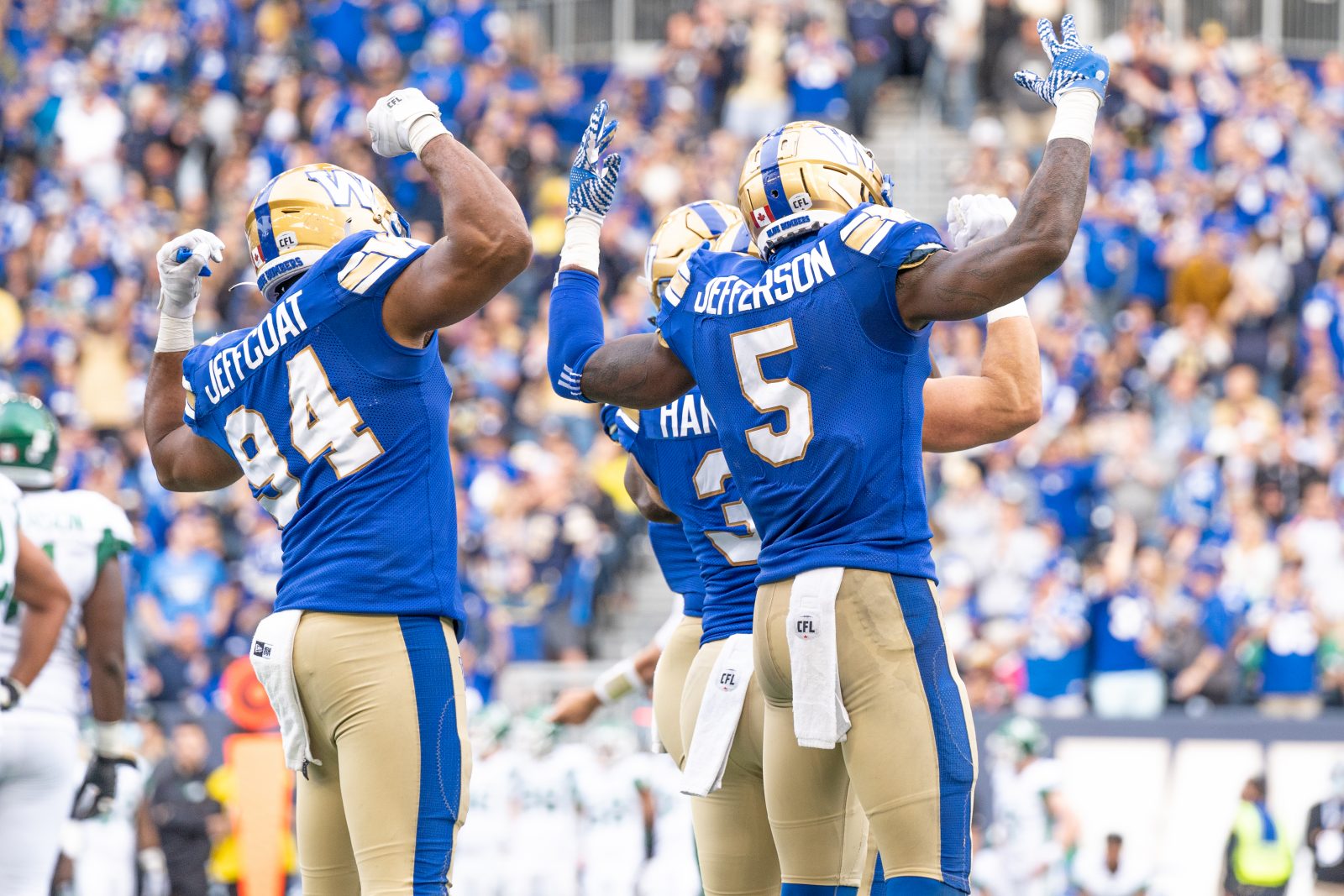 TRAINING CAMP 2021 PREVIEW: A LOOK AT THE DEFENSIVE LINE

The Blue Bombers liked him during his draft year, 2020, but only had one pick in the Top 35 and used it on Noah Hallett. And so when the club started talking about a draft-day deal with Montreal earlier this week, Lawson’s name came up in a trade that saw Winnipeg ship its first and second-round picks – 9th and 18th overall – to the Als for Lawson and the 13th overall selection.

Lawson provides some experienced depth behind veteran Jake Thomas and should be part of a rotation along the D-front. 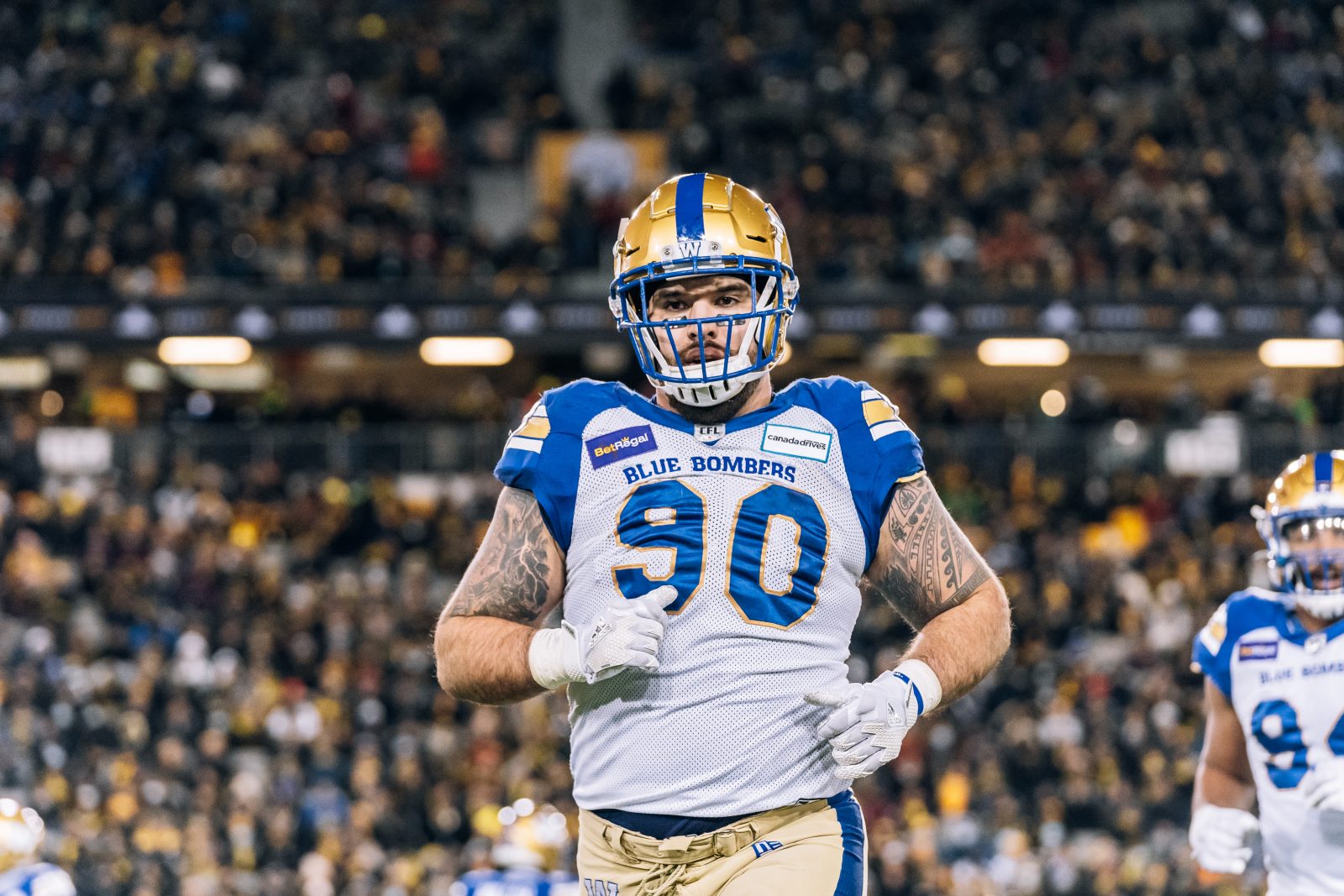 Sayles posted a ‘quiet’ five sacks in 2021 and by that we mean any production along this defensive line was often swallowed up and over-shadowed by the work of Jeffcoat and Jefferson. But Sayles was hardly new to the pro game, having spent time in the NFL, AAF and XFL before arriving in Winnipeg.

If he can grow his game in his second year – as so many players in the past have – the club’s interior push could continue to be dominant.

The Bombers kept opposition quarterbacks to under 200 yards passing in six of 14 regular-season games last year. Granted, pass defence relies on all 12 men, but the pressure up front was critical in the unit surrendering an average of just 216.4 yards passing per game – best in the CFL.