“I like the way the defence is shaping up” 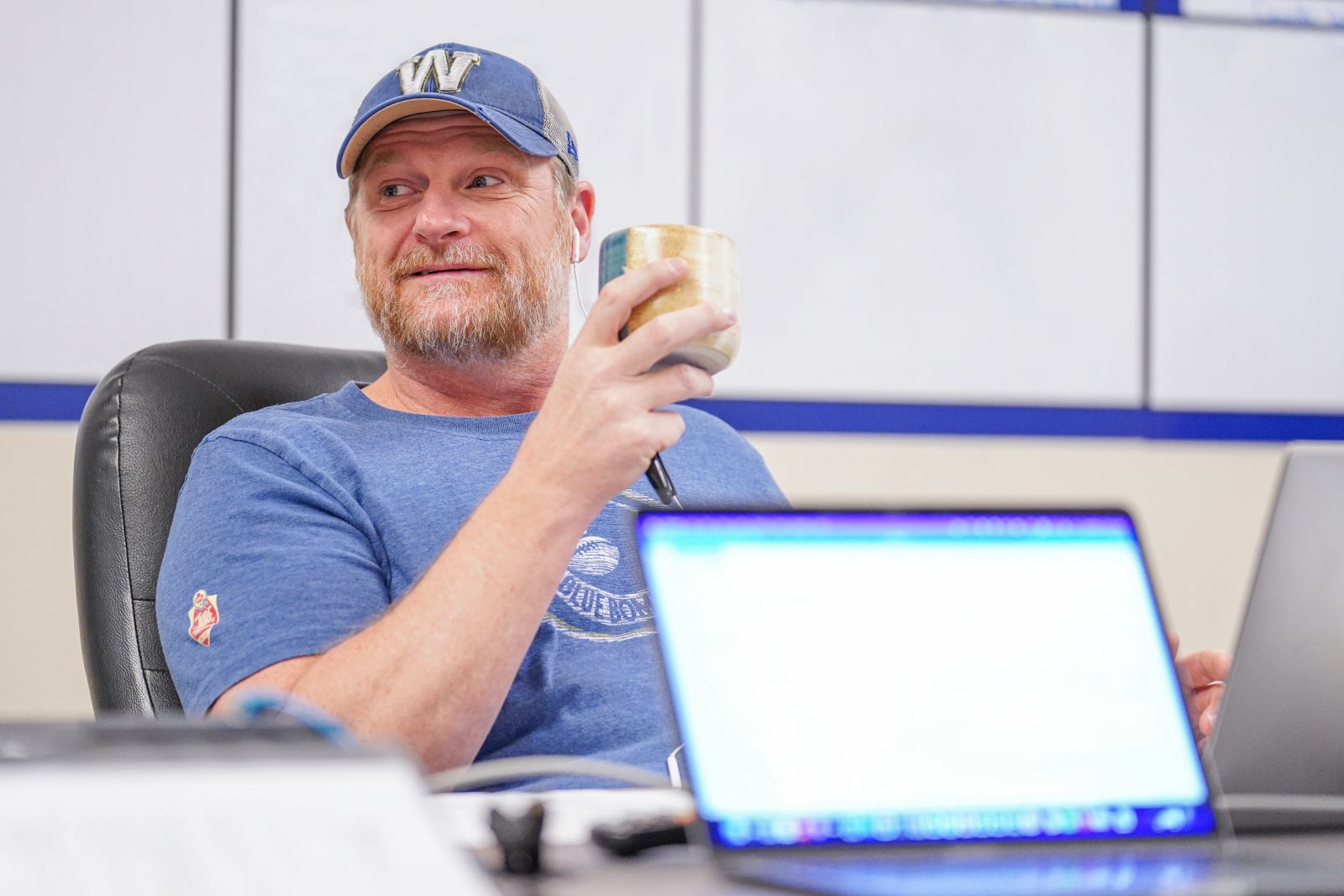 “I like the way the defence is shaping up”

The roster is younger and deeper and, as a result, the worry lines around the eyes of the Winnipeg Blue Bombers football brain trust are a little less obvious today.

The CFL and Global Drafts are in the rearview mirror now, and with training camps opening in 10 days, the focus shifts to fitting all those pieces into the puzzle that will become a roster in just a few weeks. GM Kyle Walters spoke with the media for 24 minutes Wednesday morning, just over 12 hours after putting the finishing touches on the two drafts.

Here are the major takeaways from his session:

The Blue Bombers announced a trade hours before draft, shipping their first and second-round selections – 9th and 18th overall – to the Montreal Alouettes for defensive tackle Cam Lawson and the 13th overall pick.

The move allowed the club to add some depth behind Jake Thomas in Lawson, and then move up from the 18th spot to the 13th, with which they used to grab Waterloo defensive back/kick returner Tyrell Ford. Lawson, FYI, dressed for just four games for the Als last year, but was also the team’s inactive player for all the other games last year – similar to the way the Blue Bombers protected Geoff Gray in 2021.

Further to that, the Blue Bombers looked at their draft board and considered there to be a drop off in the talent level after their Top 15. They weren’t alone, as during the draft at least one team called about possibly making a deal to grab their 13th overall selection. Walters & Co. opted not to drop further back in the selection order.

“That’s part of the reason we made that trade to get out of 18… we felt a whole lot better with the type of player we were going to get in the Top 15. That was our cut-off. We had a couple options of guys we really liked at 13 and they were off the board and wouldn’t have been there at 18. We had a couple offers where teams were (wanting) to jump up, but we were just not prepared to move off 13 at that point.” 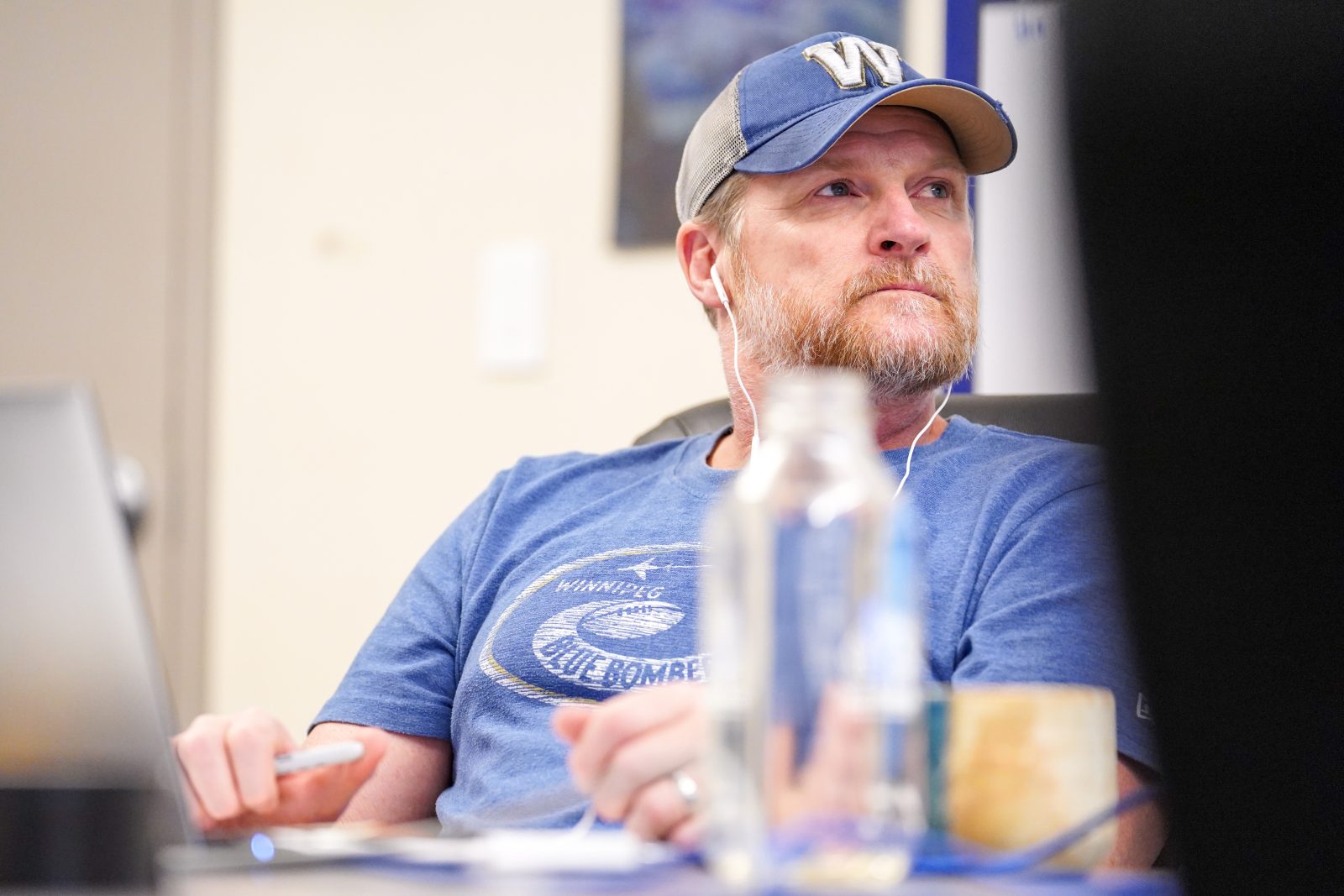 Winnipeg’s first selection was the Waterloo defensive back, whose brother Tre – a quarterback – was grabbed by the Edmonton Elks eighth overall. Both Ford brothers will be attending NFL mini-camps, with Tyrell getting looks from Pittsburgh and the New York Jets.

Those are often long-shot opportunities, meaning Ford could be in camp with the Blue Bombers later this month. Ford is an interesting pick for the club – he ran the best 40 time at the National Combine at 4.42 – and was so good in college opposing QBs often ignored even throwing to his side. Walters believes Ford could play corner, halfback or possibly even safety in the CFL, and he’s also a dangerous kick returner.

“As (the draft) was moving along, Tyrell Ford, you just don’t see that kind of Canadian athlete come out very often,” Walters said. “He’s too good not to take, simple as that. It was just the best player on the board at that moment… You look at him on paper and he’s as athletic as any American DB we’ll bring in here. It’ll be good for him to compete.”

The Canadian cupboard has been restocked

We touched on this in our draft recap but it’s worth repeating: the club’s approach to the draft was shaped by what happened before the proceedings what with offensive lineman Liam Dobson – last year’s first-round draft pick – leaving the USFL because he couldn’t get a work visa and Patrice Rene, another pick from ’21, both reappearing on the radar screen. Dobson will attend NFL mini-camps with Chicago and New Orleans; Rene signed with the Bombers on Wednesday.

All that, coupled with the deal for Lawson and then what unfolded in the draft, means the Blue Bombers collection of homegrown talent looks considerably deeper than it did early Monday morning.

“It was interesting, Mike (O’Shea) and I were looking at the depth chart on the board after it was all said and done last night and we’ve certainly over the last couple of years added some good youth on the defensive side of the ball at all levels now,” said Walters. “I like the way the defence is shaping up where we’ve got a veteran crew still here, but we’ve added some good depth guys.

“Our receiver corps is strong. When you guys see Brendan O’Leary-Orange (a 2020 draft pick who was with the team last year but dressed for only three games) at training camp this year I hope you see the potential that we saw out of university. He’s worked hard and changed his body, so we’re really excited about our three Canadian receivers.

“A little thin on the offensive line… we talked earlier about providing the coaching staff ratio options that if something happens on the O-line, do we go two Canadians? Can we find it elsewhere? It’s just giving Mike and his staff a bunch of different options to figure out where the Canadians play and how you handle injuries throughout the training camp and play with that thought process through training camp.”

The Bombers start six of their seven Canadians on offence in three offensive linemen – right guard Pat Neufeld, centre Michael Couture and left guard Geoff Gray, the leading candidate to replace Drew Desjarlais – along with receivers Nic Demski and Drew Wolitarsky and at running back, where Brady Oliveira and Johnny Augustine are in place to follow in the footsteps of Andrew Harris.

But in loading up on defence with their picks – five of the six selections were on that side of the ball – the Bombers could now have the option to start a second Canadian on defence after Jake Thomas.

“I honestly think that the defensive side of the ball do not look at passports,” said Walters. “Once those guys are in the room, they don’t care if you are German – they played Thiadric (Hansen) – or Canadian or American or French. We have Souleymane Karamoko from Laval (a Global draft pick) who is a DB/linebacker body type… they don’t care. Generally, if you’re on the dress roster on defence you get to play in the football game. That’s just their philosophy and they make everybody feel part of the room and it keeps everybody fresh. There’s a reason the defence is so successful and it’s an entire team effort that they have over there. I’m quite certain if these guys show they’re good enough that Richie and those guys will play them.”

A local product, some intriguing prospects and a Wade Miller clone…

Here’s Walters on the other CFL Draft picks not mentioned above… DT Cole Adamson, Manitoba (4th round, 38th overall): Another Oak Park High School product who will be heading back to school this fall to complete his engineering degree.

“I like Cole a lot. Now, he’s going back to school for a specific engineering course, so we just figured having a big body that’s a good football player in the hopper for next year was just too good to pass up at that size.”

DB Chris Ciguineau, Ottawa (5th round, 47th overall) – “It’s a unique story. He was a soccer player that didn’t get playing football until he was 18. He was a receiver and then switched to defensive back. He is a phenomenal athlete. He’s long and athletic and can compete. He was an interesting athlete at that point where we’re just looking for the best athlete that we can find to bring in.”

DT Jeremy Kapelanski, Guelph (6th round, 56th overall) – “We talked about trying to build some depth at the interior. He’s a big body – 285-290 pounds – who can get off the ball and plug a gap and bring some size.”

DB Cedrick Lavigne, Ottawa (7th round, 65th overall) – “He’s a 210 pound guy. At this point in the draft, we say it every year, but he had one of the best special-teams films. He plays with energy, he’s super-excitable and runs around. We just liked the way he played his special teams. I’m not sure where he fits in on the defence, maybe as a dime, but if he plays special teams up here and shows (Paul Boudreau, special-teams coordinator) and Mike the energy he showed (in college) he’ll be able to fight for a spot.”

FB Konner Burtenshaw, Queen’s (8th round, 74th overall) – “We joked, ‘He’s Wade Miller.’ He’s a stocky guy, fullback, that doesn’t play a lot of offensive snaps but has the best special teams film. Athletically, he’s probably getting the same questions Wade had coming out. Can he make the cut? We’ll see. But Wade showed you don’t need to be an elite athlete to have a hall of fame CFL career. I don’t want to put too much pressure on Konner, but he’s a hard-nosed tough kid that plays special teams at a really, really high level.” 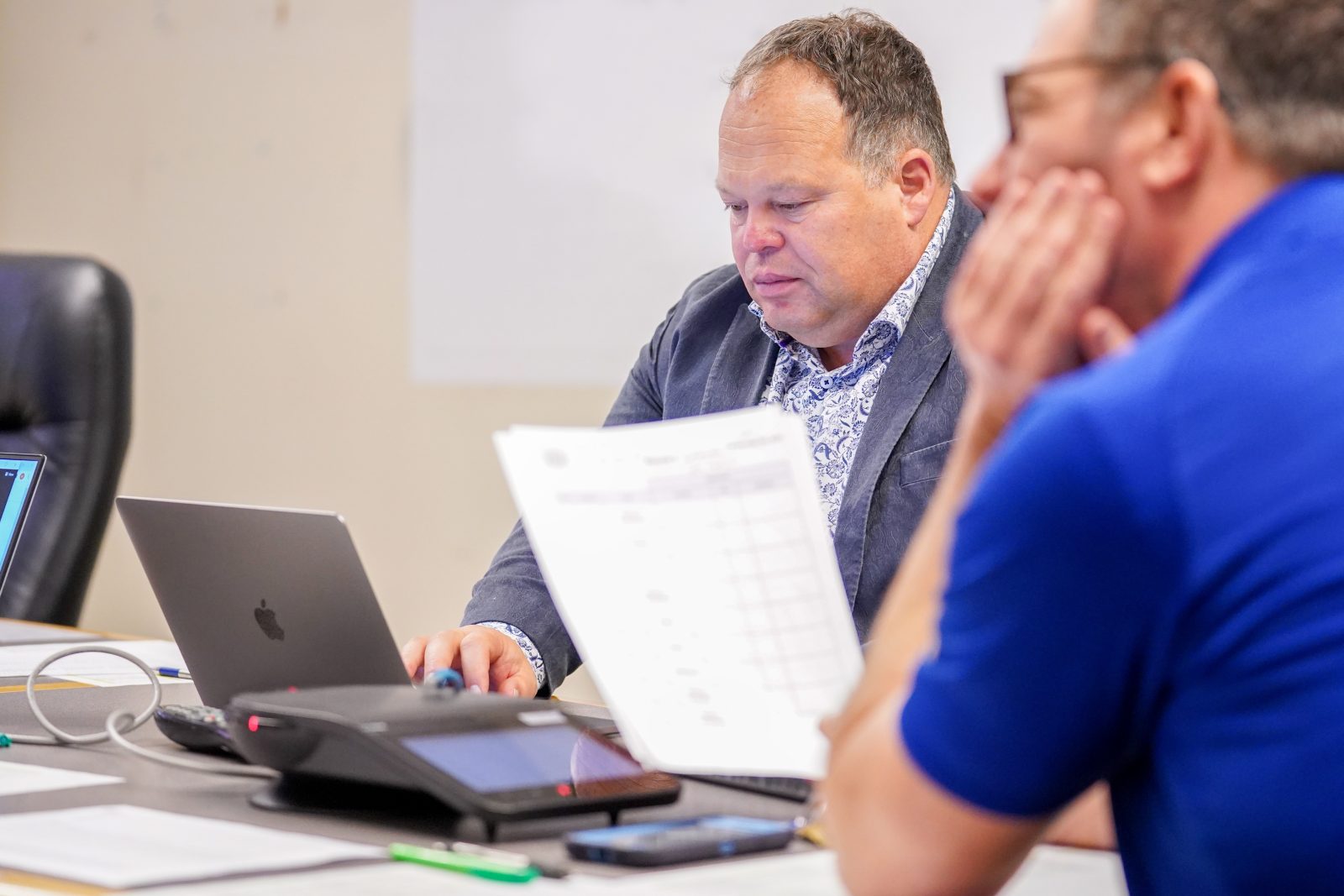 An Aussie punter and, possibly, another placekicker

Two of the three selections in the Global Draft by the club were Australian punters in and Tom Hackett – a two-time Ray Guy winner as the best punter in the NCAA during his days at Utah – and Iowa/Arizona State product Michael Sleep-Dalton. Walters has already spoken to Hackett and he is keen on heading north.

Walters also indicated the hunt is still on for another placekicker, too.

“I think in the spirit of competition, we’d like to have a little more options for the guys,” Walters said. “I think Ali Mourtada is a good football player. I expect the tighter hash marks are going to help him immensely this year. I think Marc, any second-year guy, is going to improve at punting and kicking. We’re still kicking the tires on potentially adding another field goal kicker. We have a group in there so we’ll let them all compete and see how it all shakes down at the end of training camp.”