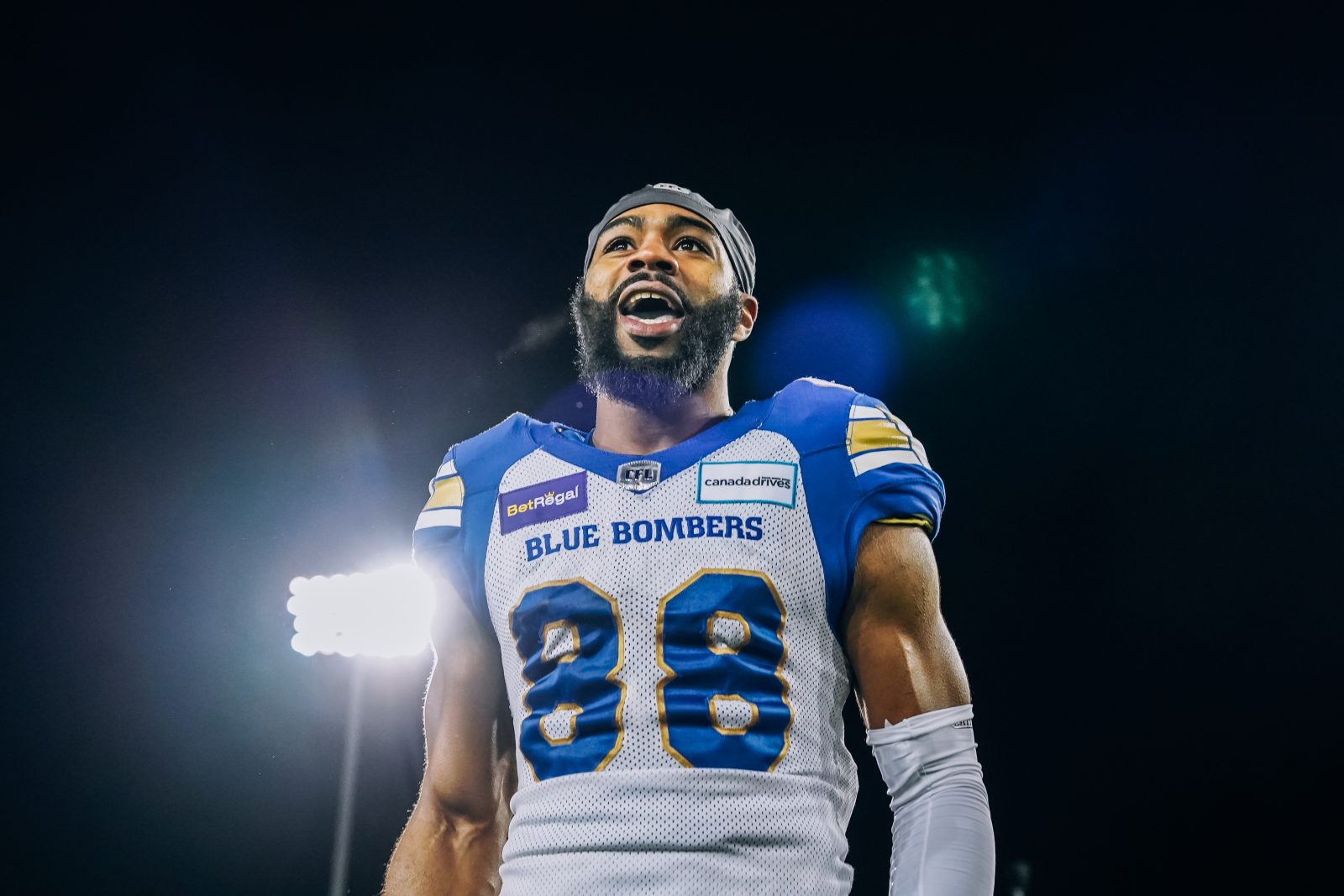 There was joy in Rasheed Bailey’s voice. And unquestionably a sense of relief, too.

The days leading up to the opening of the Canadian Football League free agent market can be overwhelming for a player, after all. Sometimes the phone rings and the text notifications come constantly. Other times, depending on the market, the silence can be deafening.

Bailey officially put his name on a one-year contract extension with the Winnipeg Blue Bombers on Wednesday, just a few days after the CFL’s negotiating window opened. And now that it’s official he’ll be back to the first team that has shown him some real love since college, well, there is some peace that comes from that having that clarity.

“The last few days was a hard process. It was stressful,” said Bailey from his offseason home in Philadelphia. “But the one thing I will say brought me back was with everything I went through last year with my teammates and all the battles I’ve overcome, I’m not going to lie, my heart is in Winnipeg.

“The way I play, my style, who I am and what I’m about… it just made sense for me to be back in Winnipeg. With how much I’ve been through, and we’ve been through as a team, my heart just couldn’t let that go.

“It was overwhelming, but we found a way to make it work and I’m happy. I’m happy I get the chance in a couple of months to come back and see some familiar faces that I’ve grown to love and respect. It just gets me excited that the deal is now done and I can move forward because I was losing sleep over this. My stomach was in knots. There were a lot of conversation between a lot of us over the phone for hours. This is where I wanted to be and I’m just glad we got a chance to make it work.”

Bailey’s return is important for a variety of reasons, not the least of which is he is coming off a career year in which he started all 14 regular season games plus the two playoff contests, and pulled in 52 passes for 629 yards and five touchdowns.

The Blue Bombers receiving corps is also in a state of flux right now, what with Kenny Lawler, Darvin Adams and receiver/returner Janarion Grant all inching closer to free agency. Bailey, along with Drew Wolitarsky – who signed earlier this week – and Nic Demski provide that corps with some continuity.

What the club gets from Bailey goes beyond the gritty catches in traffic or the big block to spring a tailback. He is emotional and passionate, and he brings that every day to practice.

“I understand I still have some things to prove. I love the chip. I love it. I welcome it,” said Bailey. “I’m excited for the opportunity to prove I could be ‘the guy.’ I’ve always seen myself as that, so nothing changes for me in that. It just gets turned up to another level.

“I’m a late bloomer. I’ve got a lot more years left in the tank and I’m going to keep getting better.”

In many ways, Bailey continues to be fuelled by the number of stops he had to make as a pro before landing in Winnipeg – from Philadelphia, to B.C., Jacksonville, San Diego, Philadelphia again, Cleveland and Carolina. Even after all that, it took him standing out at a Blue Bombers free agent camp in Florida in 2019 for him to get his shot here.

“I’ve been doing this for a long time,” he said. “Why I am the way I am, why I play angry and am so passionate, it’s because I’m like that boy at the back of the classroom who keeps raising his hand and nobody sees him. But he keeps raising his hand to get attention. I’ve always been this person who was just waiting for his opportunity. It was like that even in college for me, where I had to wait for my turn.” 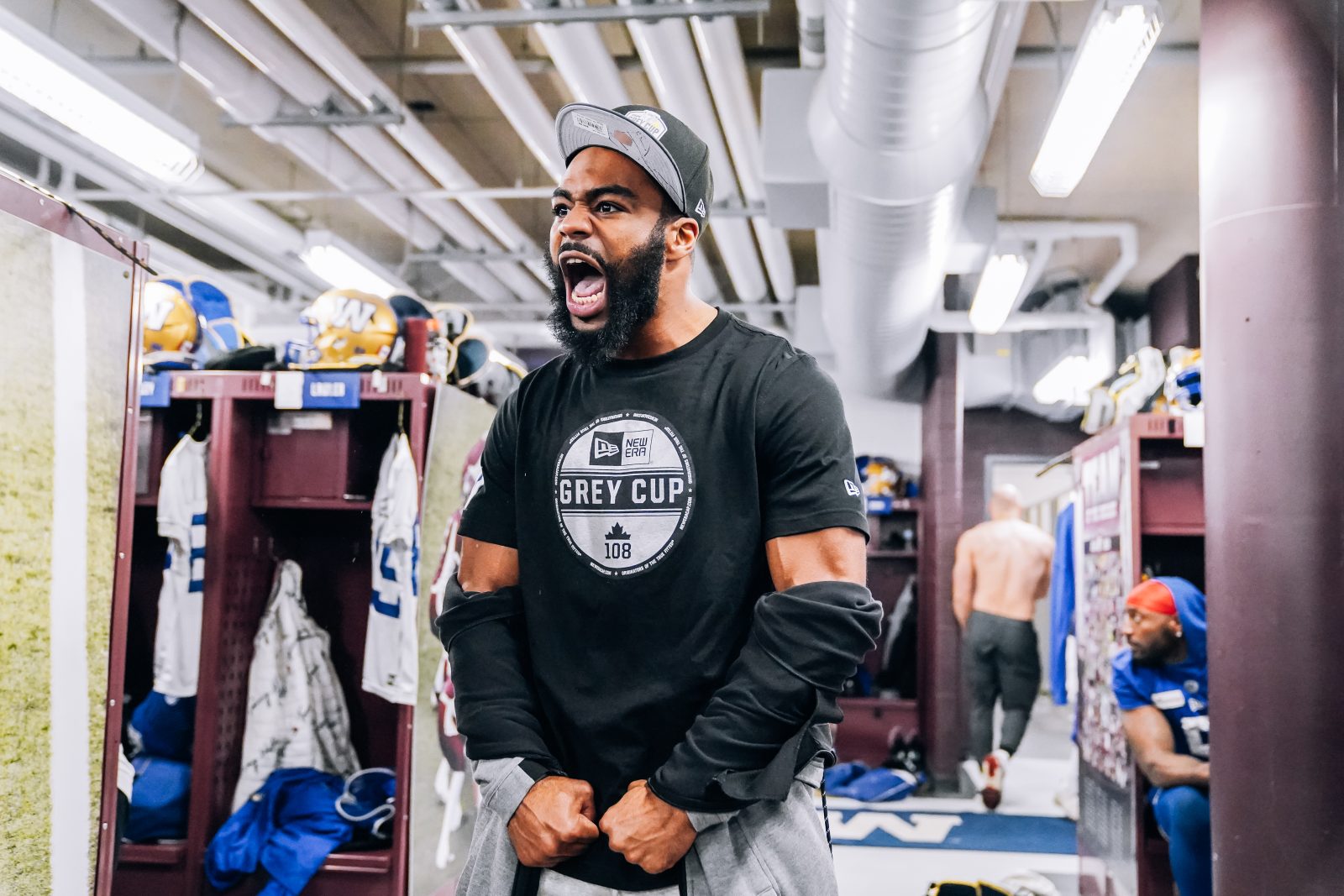 “All that almost defines who I am,” Bailey added. “I’m such a positive person and so some of those feelings I got from being cut are bottled up and part of why I’m so passionate. I pride myself on making at least one play a day. One play a day, you stay. I’ve been living by the mentality for so long.

“I’m a guy who always put the work in and always believed in myself. I know people saw me do some good things this year, but there’s so much more for me to show. They say the older you get, the better you get. I’m definitely excited to be in this position. Right now, I’m in a position to do some great things.”