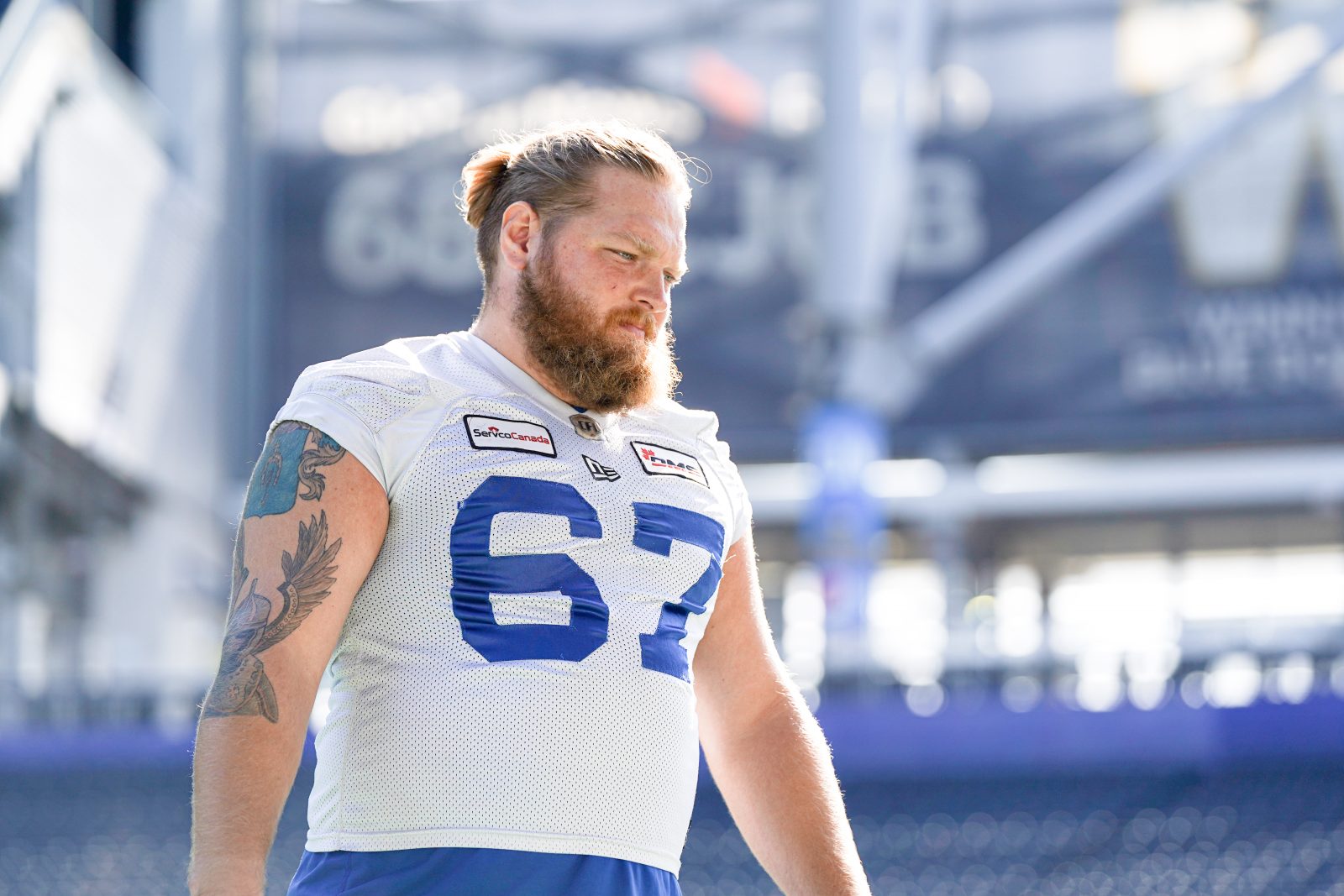 No one in the Winnipeg Blue Bombers offensive-line room has ever questioned Chris Kolankowski’s dedication, his commitment, his want-to and his passion. And all that might best be represented by a number: 1,007.

A sixth-round selection by the Toronto Argonauts in 2016, Kolankowski made his debut with the Boatmen in 2017, dressing for eight games, including the club’s victory in the 105th Grey Cup. A year later he suited up in 16 games but was then released just three weeks before training camp in 2019.

He signed with the Bombers in 2020, then saw the season cancelled and landed a gig on the club’s practice roster after training camp in 2021 before suiting up for action again for his first game in blue and gold on November 13 in Montreal. And the days between games for Kolankowski – his final appearance as an Argo and his first as a Bomber last November – adds up to a whopping 1,007.

“Growing up, I was always pretty good at hockey and other sports, but football was the first thing I went all in on,” Kolankowski told bluebombers.com from his offseason home in Toronto after signing a two-year contract extension this week. “I set a goal with it and that was to play as long as I could. I took the mentality that I was never going to ask myself ‘what if?’ about football.

“After getting released by Toronto I went back to that mentality. I had my fiancée’s support, my family’s support, to keep chasing it even though I wasn’t getting paid in ’19 and then with COVID after that. There have been a couple times where we all had to sit down and talk about whether this is something I could keep pursuing.” 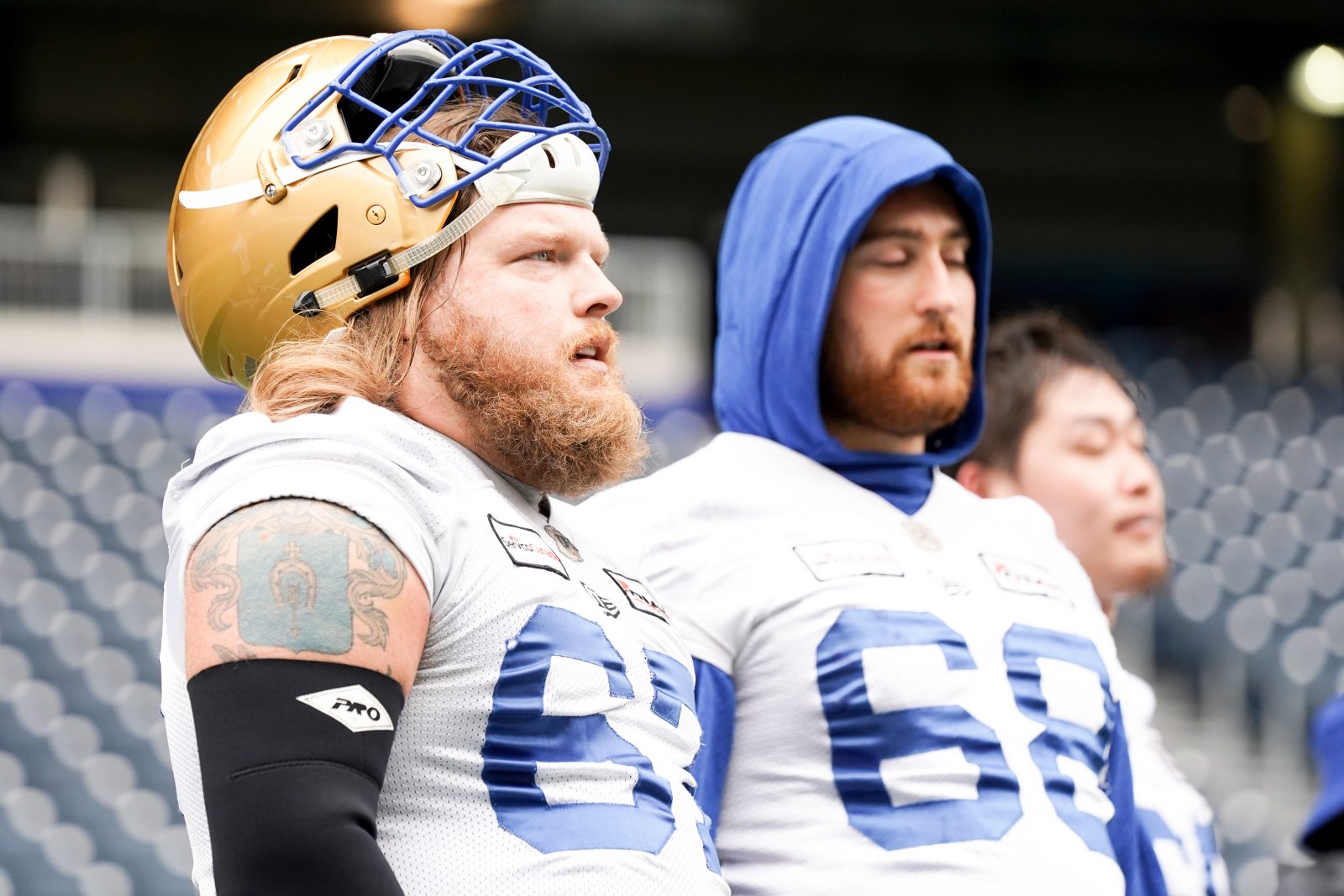 The answer, quite clearly, was ‘yes.’

After his release from the Argos and through the lost year of 2020 Kolankowski worked as a production supervisor at an industrial bakery, then in geo-technical drilling and finally as a materials leader in a production facility. Through it all he kept thinking about one thing: still chasing his football dream.

Kolankowski’s perseverance finally paid off late in ’21, as he dressed for the final two regular season games and then the 108th Grey Cup. And those moments on the field and in the Blue Bombers dressing room afterward where he drank from the ol’ mug and celebrated with teammates are absolutely priceless. Again – 1,007 days between games.

“There were a lot of workouts in there on my own while everyone was playing,” he said. “It was always about staying ready and hoping for my opportunity.

“One thing my dad said when I was going through all this and thinking about starting a family and everything was ‘You’re not going to be able to do this forever. A 9-to-5 job will be there for you, so you might as well do this until the wheels come off.”

That opportunity came near the end of 2021 and another door could open again in 2022 depending on who returns in free agency and whether Drew Desjarlais lands an NFL opportunity. Desjarlais has been a hot commodity this offseason down south, having drawn interest from more than 10 NFL teams. 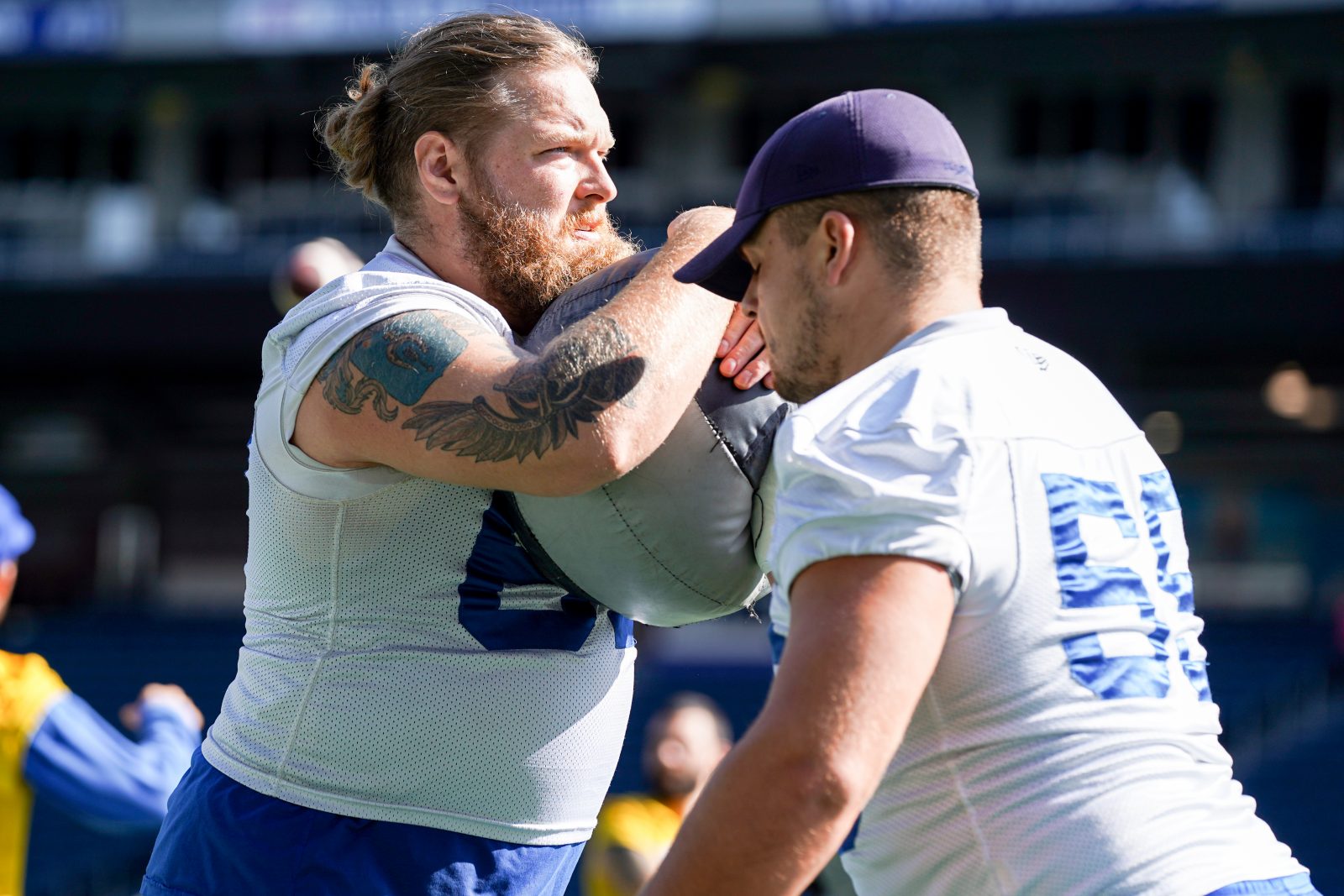 “Seeing Drew get looks is absolutely amazing considering what he’s been able to do in his two seasons,” said Kolankowski. “Everyone’s rooting for him and hoping he gets a shot down south.

“But looking at some of our re-signings it’s good to know the culture is going to be the same in our O-line room. There will be competition for any opening but with Coach Marty (Costello, O-line coach) and the guys in the room I know I’ll be the best I can be to put myself in the position to make a difference in any capacity I can.

“Whatever the opportunity there is I’ll bring the same work ethic, the same desire to do whatever I can. I just love being out there.”

‘KING’ KONGBO HEADS SOUTH: In addition to announcing Kolankowski’s extension, the Blue Bombers made another transaction by releasing defensive end Jonathan Kongbo to ‘pursue NFL opportunities.’ Those opportunities, it turns out, will be with the Denver Broncos.

A first-round draft pick of the Blue Bombers in 2019, Kongbo appeared in 26 games over two seasons in Winnipeg, registering 28 tackles and four sacks as part of a rotation at defensive end. A workout machine during his days at Tennessee, he also attended training camp with the San Francisco 49ers in 2020 before being injured.