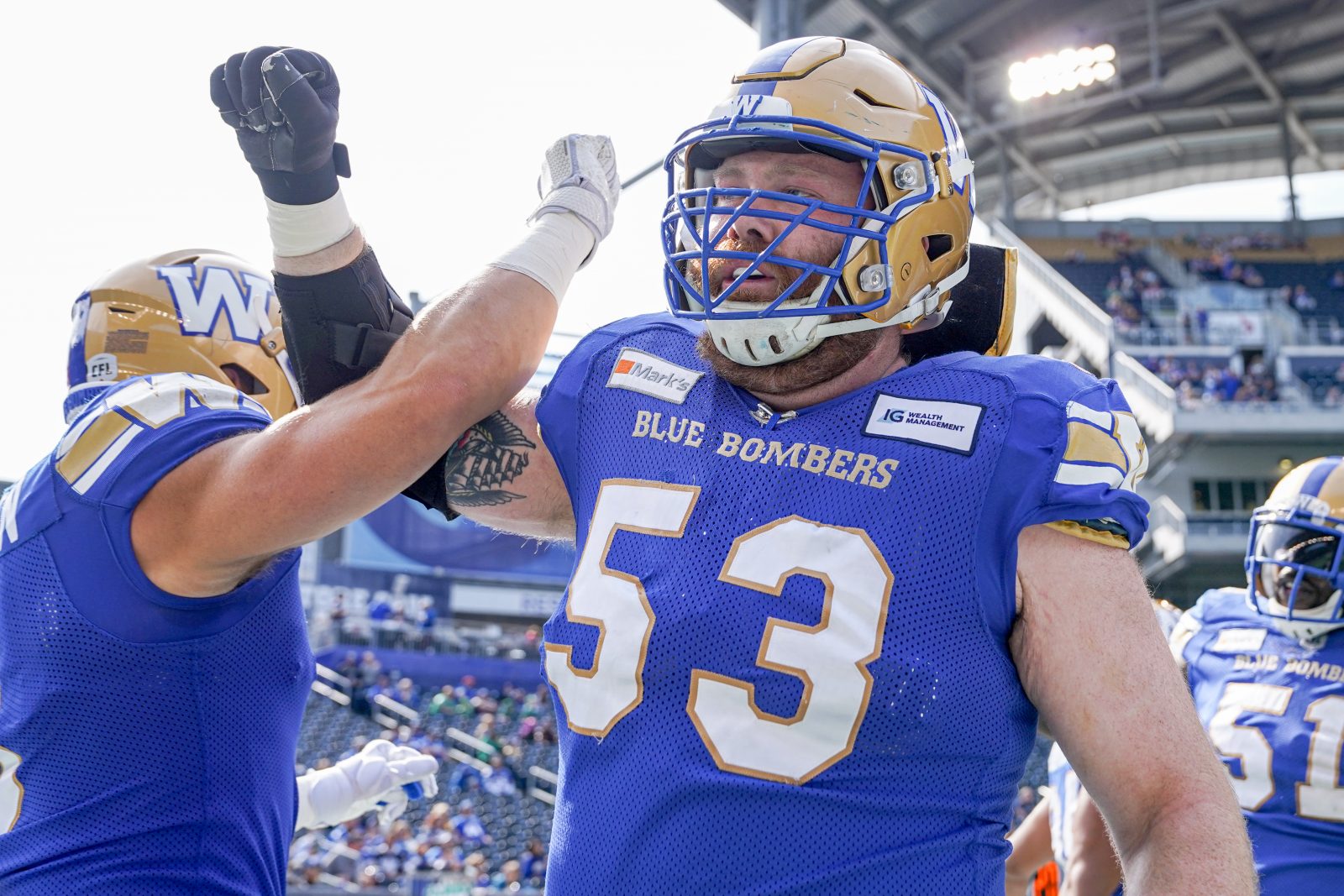 Pat Neufeld was there at the beginning, when everything related to the Winnipeg Blue Bombers seemed to have a scorched-earth feel to it.

Traded to the Blue Bombers from the Saskatchewan Roughiders in October of 2013, Neufeld arrived to find an organization which had undergone a management change that summer with Kyle Walters named GM and Wade Miller the President and CEO. And less than two months after his arrival, Mike O’Shea was named the club’s head coach.

So, yeah, there’s been a bit of a transformation from that scene to slurping champagne from the Grey Cup in back-to-back seasons. And it’s a massive reason why he just scribbled his name onto a one-year contract extension to remain with the Blue Bombers.

“It was a big (transformation),” began Neufeld, who spoke to the media during a break from a vacation in Hawaii. “When I first got to Winnipeg it was an organization that was kind of in turmoil. There were a lot of changes happening and it was one of those places that was a ‘have-not’ club at the time, unfortunately.

“I just remember coming into the locker room and seeing a massive group of guys that were coming in and out on workouts, the practice roster was massive, and the club was just trying to find guys they could build around. I was lucky they saw something in me, even though I wasn’t playing at the time, and they trusted me, and I ended up coming back.” 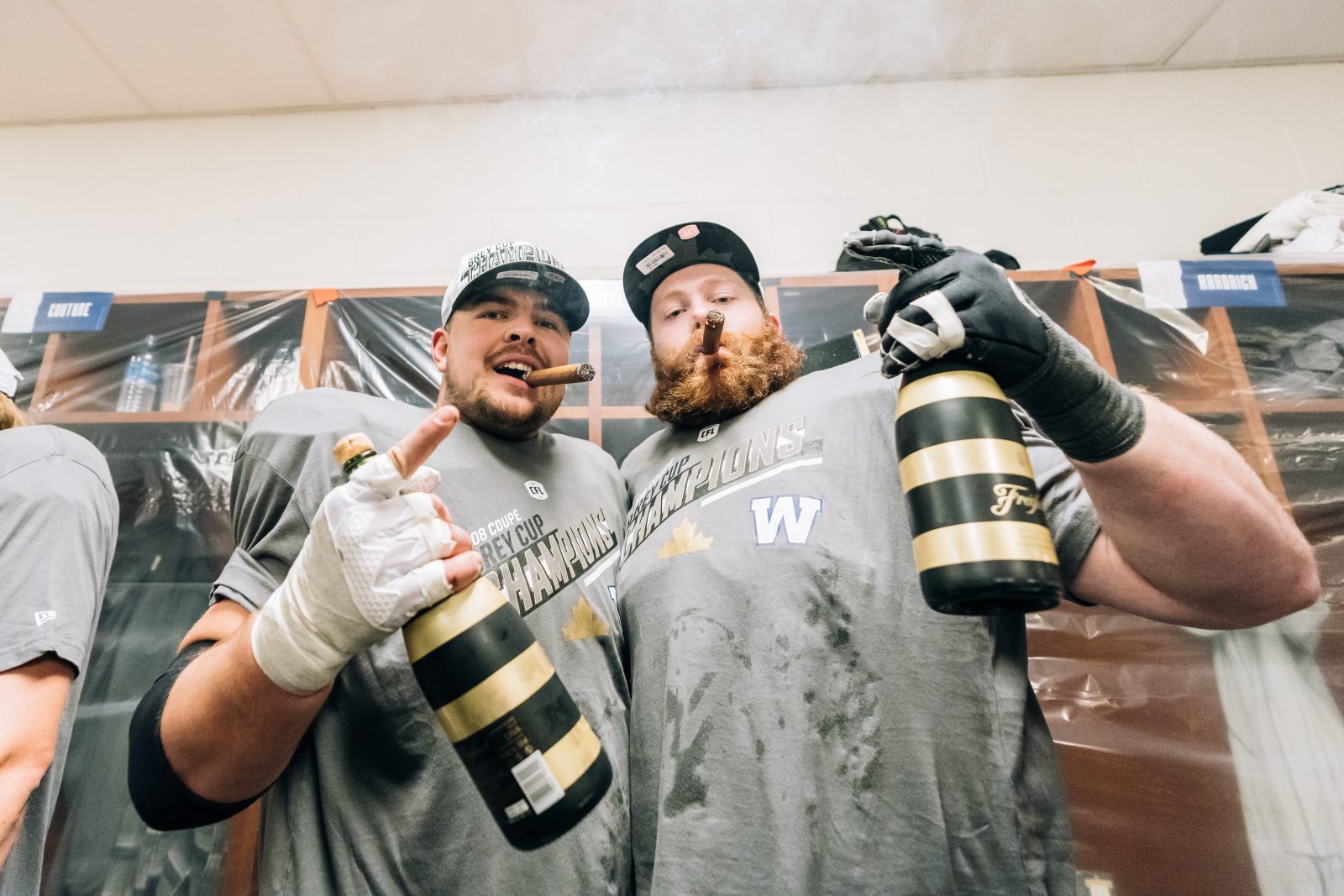 Neufeld was part of a rebuild that concentrated on the draft and upgrading the Canadian talent, joining teammate Jake Thomas – selected in 2012 – and then others that followed, including Jesse Briggs, who came aboard in 2014. At the same time O’Shea and Walters wanted to populate the locker room with players who all pushed in the same direction.

“It’s been really exciting to see, and it’s been pretty powerful to be a part of, just seeing the highs and lows and then slowly building to the pinnacle where we’ve been at. I’m extremely proud of what we’ve done as an organization and as a team with the guys in that locker room.”

Neufeld is part of a recent wave of players who have opted to return to the club rather than test free agency next month, including Jackson Jeffcoat, Willie Jefferson, Jermarcus Hardrick, Jake Thomas and Nick Hallett – all of whom have re-signed within the last week.

That brings the number of pending free agents down to 35.

“The number looks pretty imposing, but I think a ton of those guys in our locker room really want to come back,” said Neufeld. “With the amount of work they’ve put in, the amount of time and effort and obviously seeing the fruits of our labour with back-to-back championships… guys do want to come back to play here now.”

“Obviously some guys won’t be around or won’t come back – that’s just the nature of the business – but I think that makes the job a little easier for our football ops and front office guys just because a lot of guys do want to come back and be around the building that has taken some time to get to where we’re at. But now it’s at the pinnacle of the CFL and guys want to be around and play here.”

Neufeld is coming off his best year as a pro after 10 years in the Canadian Football League. A West Division and CFL All-Star in ’21, he started games at both right guard and right tackle and was part of a unit that helped the Bombers lead the CFL in scoring, finish second in rushing while surrendering the fewest quarterback sacks.

“I was never thinking about free agency,” he said. “I know where I want to be and it’s with the Winnipeg Blue Bombers. I want to spend the rest of my career here, however long that’s going to be. For me it was a no-brainer. I just wanted to get a deal done and get back with the club I really care about and have a ton of fun being a part of.”

BLUE NOTES: The Bombers saw CFL All-Star cornerback DeAundre Alford ink a deal with the Atlanta Falcons on Monday and more could follow, especially if all the interest left guard Drew Desjarlais is getting from down south is any indication. Here’s Neufeld on his fellow O-lineman:

“You want to see guys be able to get a shot like that and Drew is extremely deserving. That guy works his tail off and he loves football more than anything. He’s also an athletic freak – he’s insanely explosive, fast and physical and he plays the game the right way. He’s mentally wired the right way where he’s constantly trying to get that veteran’s edge or recognize things as quickly as a 10-year vet does and Drew’s doing that in his second year. Hopefully he gets a deal done, because he deserves it for sure.”