“We’ve built something strong in Winnipeg” | Jefferson returns for 2022 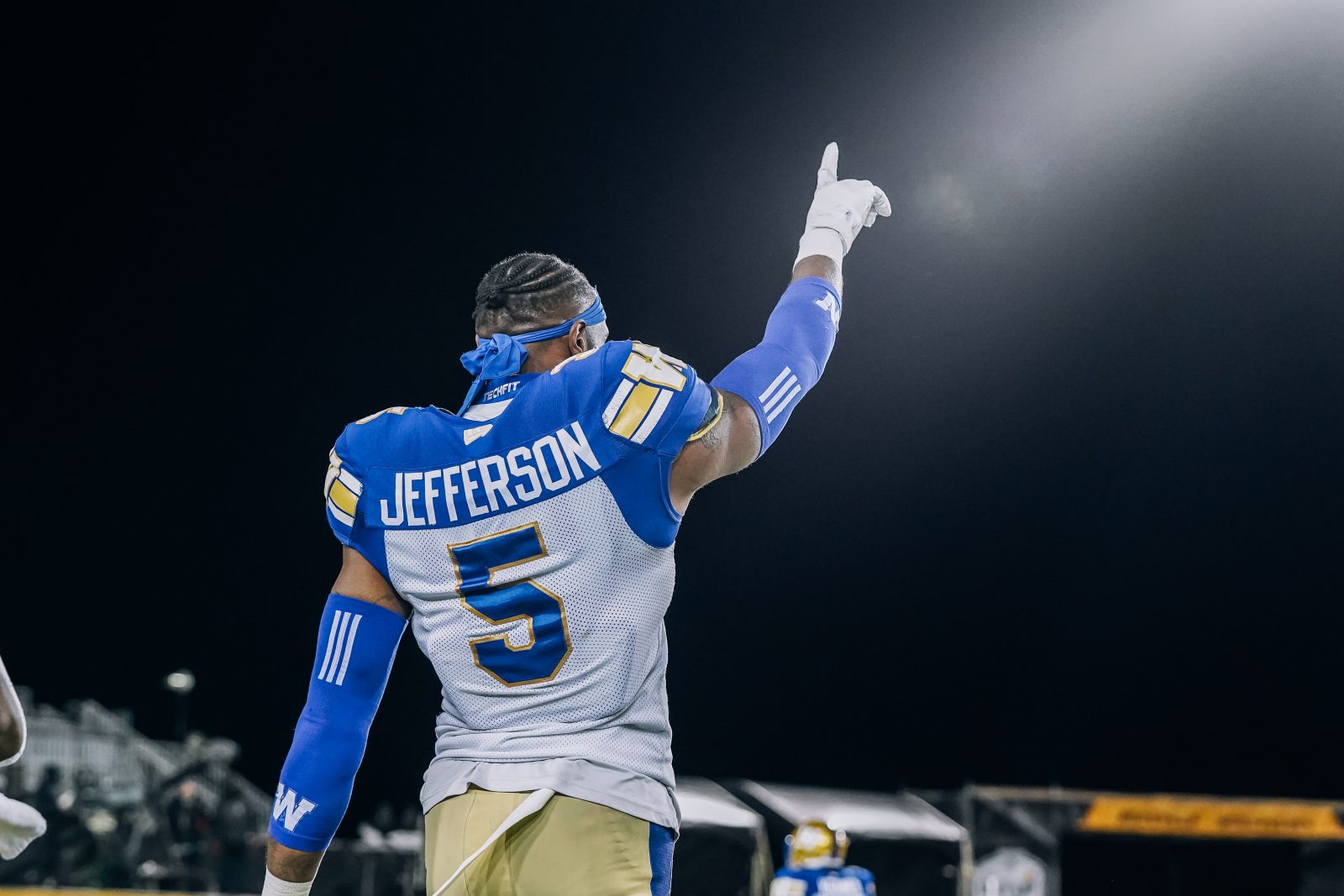 “We’ve built something strong in Winnipeg” | Jefferson returns for 2022

Willie Jefferson has been there before in that moment where he doesn’t just tip his toe into Canadian Football League free agency, but swan dives into it from the top platform. A dominant defensive end from the day he arrived in this country back in 2014, Jefferson has always been one of the most sought-after players whenever he got to the open market, leading to his moves from Edmonton to Saskatchewan and then to Winnipeg in 2019.

Yet there was Jefferson jotting his name onto a one-year contract extension with the Blue Bombers this week, one month before the doors to the free agent market even swing open.

“We’ve built something tight; we’ve built something strong in Winnipeg,” Jefferson said in a conference call with the media on Friday from Austin, TX. “It’s a family team with Yosh (Jermarcus Hardrick) and me having kids and having a family and all those other guys in the locker room in the same situation.

“You don’t want to go somewhere and try to start that all over again, introducing your kids to new kids, your family to new individuals, and then start at the bottom to build a camaraderie and chemistry. It’s already there in place and we already have a chemistry with families outside of the organization and with the community. 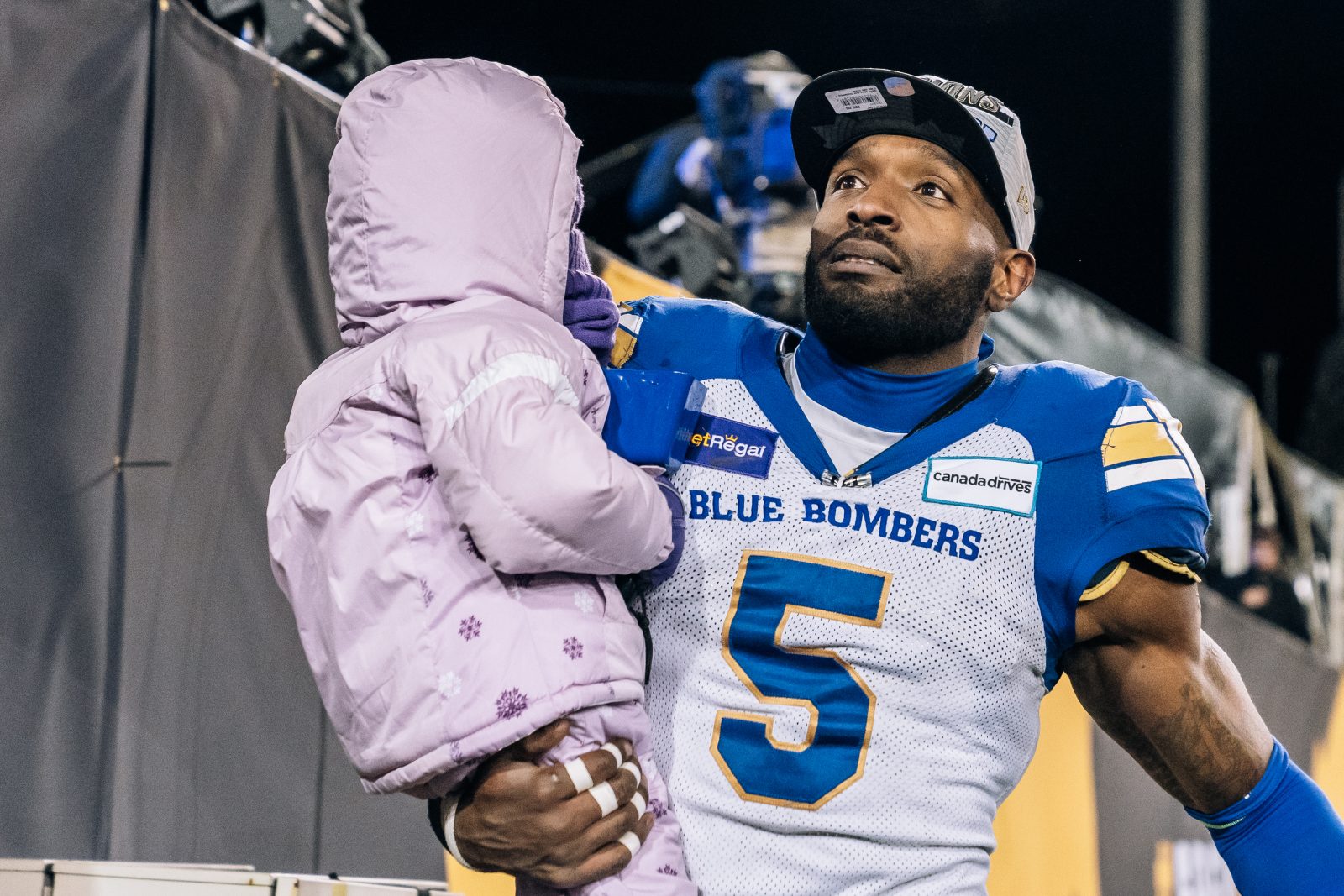 The return of Jefferson and Jeffcoat, the CFL’s all-star defensive ends in 2021, means the duo will continue to terrorize offences this season. In his two years with Winnipeg, Jefferson has 19 sacks, three interceptions and nine forced fumbles in just 32 games, while also setting a new CFL record for defensive linemen with 16 pass knockdowns in 2019, the year he was named the league’s Most Outstanding Defensive Player.

Jefferson’s value to the franchise goes far beyond his regularly mauling quarterbacks. He is a dream for the team’s marketing department and one of the most recognizable athletes in this town and across the CFL. He could run for mayor in Winnipeg and already calls himself the mayor of Beaumont, Texas, his hometown. And, yeah, about that…

It turns out the Grey Cup is in Jefferson’s possession right now, one day after Jeffcoat had his turn with the trophy and brought it to – among other places – his old stomping grounds at the University of Texas. Jefferson was en route to Beaumont as he conducted his interview with the media on Friday, the prized trophy with him.

He’ll make a few stops during his return to his hometown, including to his old high school, and to city hall where he plans to sign a copy of his new contract on the mayor’s desk. 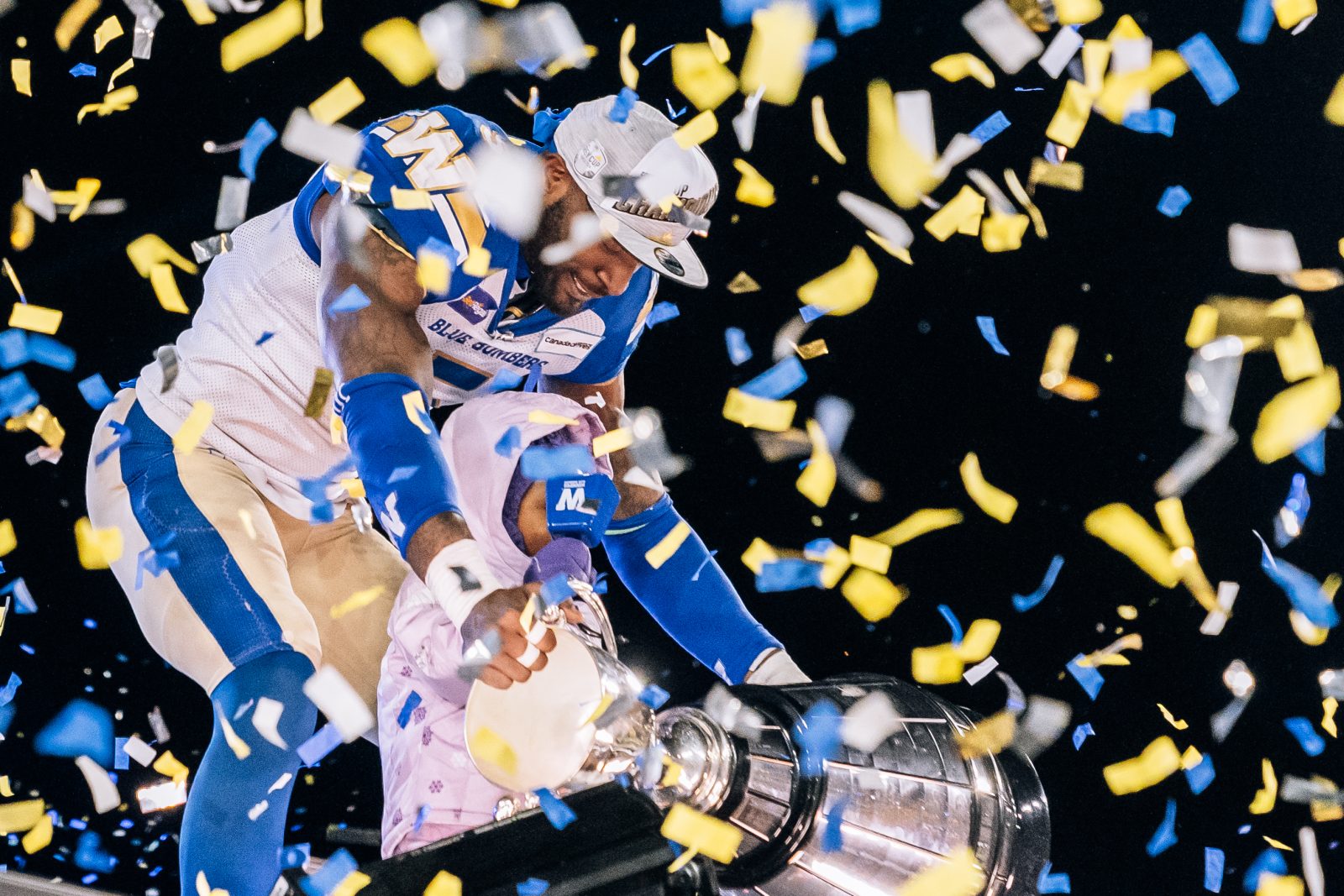 “I always tell people when I’m doing interviews I do it for my family, I do it for friends and I do it for my city. So, this is the perfect opportunity for me to go back to my city and show it’s not just talk. I really love my city. I really love the people that helped me grow up and become the man I am today. I just want to go back and give back and let them see that this is what I’ve been doing, this is what I’ve been working hard for, this is the reason why I’m not at home.”

Jefferson, his wife Holly and their daughter Kelley are planning on moving to Winnipeg sometime before March. And while he’s spreading cheer back home, he’ll also be trying to twist arms of his teammates who are inching closer to free agency.