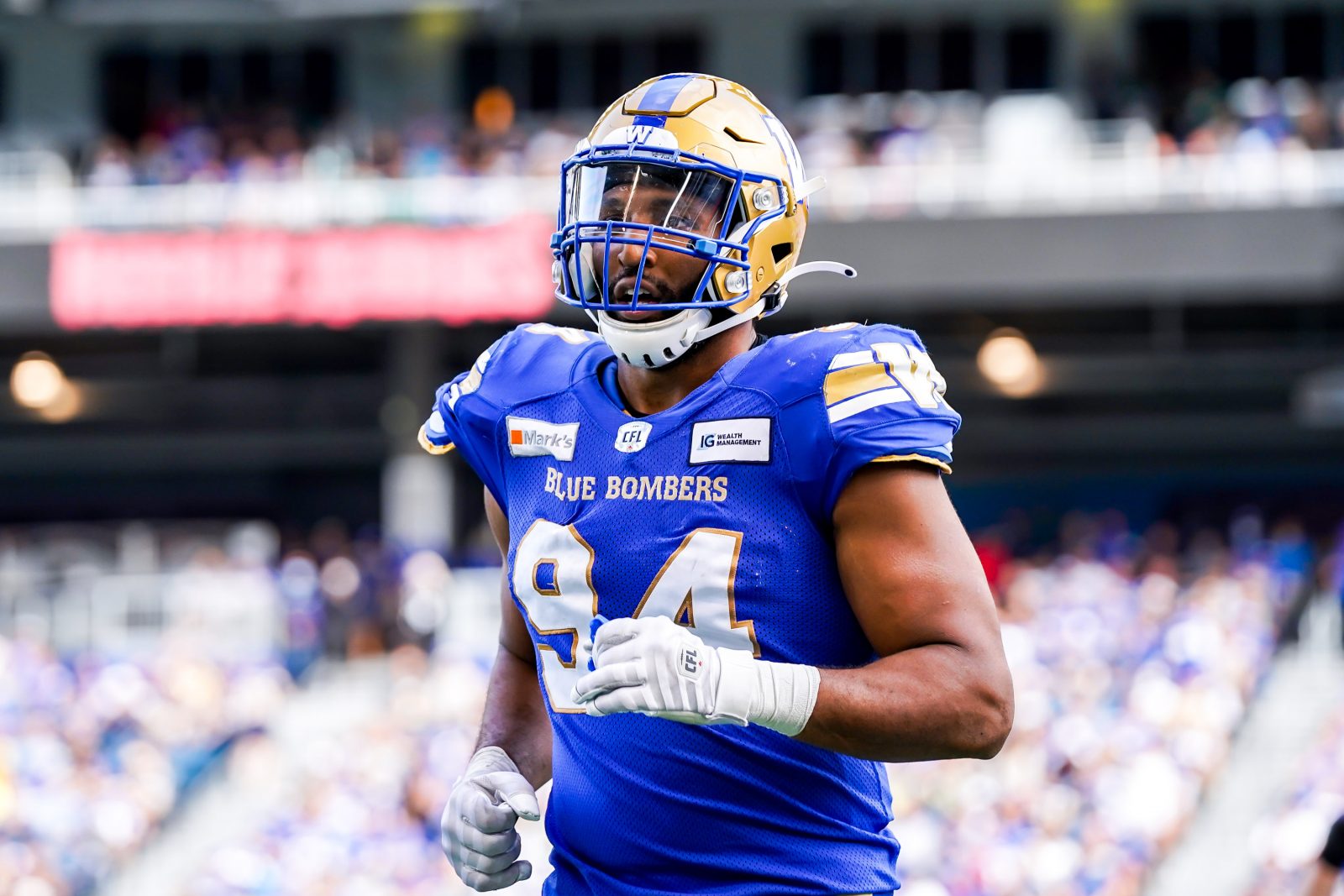 Jeffcoat racked up a career-best nine quarterback sacks this past season to lead the Blue Bombers in that department, while forcing a Canadian Football League-best four fumbles and adding 26 tackles — six behind the line of scrimmage — while also registering two pass knockdowns. He then added two more tackles, a sack and a forced fumble in the Bombers two playoff games, including the 108th Grey Cup victory in Hamilton.

His regular-season totals saw him earn spots on both the West Division and CFL All-Star teams for the first time in his career.

He now has 26 sacks and 106 tackles in 52 regular-season games with the Blue Bombers and played a critical role in the team’s back-to-back championships.

A star during his college days with the Longhorns where he was a Consensus All-American and the Big 12 Conference Defensive Player of the Year in 2013, Jeffcoat joined the Bombers in 2017 after stints in the NFL with Seattle, Washington and Cleveland.