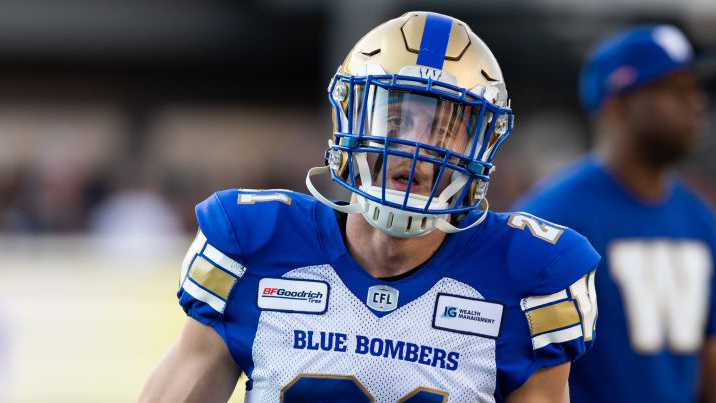 OTTAWA, ON - JULY 05: Winnipeg Blue Bombers defensive back Nick Hallett (21) during warm-up before Canadian Football League action between the Winnipeg Blue Bombers and Ottawa Redblacks on July 5, 2019, at TD Place at Lansdowne Park in Ottawa, ON, Canada. (Photo by Richard A. Whittaker/Icon Sportswire via Getty Images)

Ask Nick Hallett to paint a picture about how a football season is supposed to end, and he has only one scene in his head: It features Hallett and his Winnipeg Blue Bombers teammates being showered with confetti after winning a Grey Cup championship, and then taking that celebration into a raucous champagne-soaked locker room afterward.

And quite clearly the unsung-yet-valuable part of the Blue Bombers back-to-back championship teams wouldn’t want it any other way after he officially put his name on a two-year contract extension on Monday.

“This is the only team I wanted to be with,” Hallett told bluebombers.com from London, Ont. “I mean, look at my first two years of professional football. It really couldn’t have gone any better. Not only do I have my real brother (Noah) on the team with me, but I have a bunch of other brothers that I’ve grown to love and create connections with, so this is definitely the locker room I want to be a part of. That’s the only taste I have in my mouth, so I want to go get another one.”

Make no mistake, Hallett certainly has an appreciation for how long and winding the road to Grey Cup glory can be for some. He need only look at the faces around the Blue Bombers locker room to understand how difficult it was for some before winning the first of back-to-back titles in 2019. Yet Hallett has exactly 32 regular season games to his name AND two Grey Cup championships. 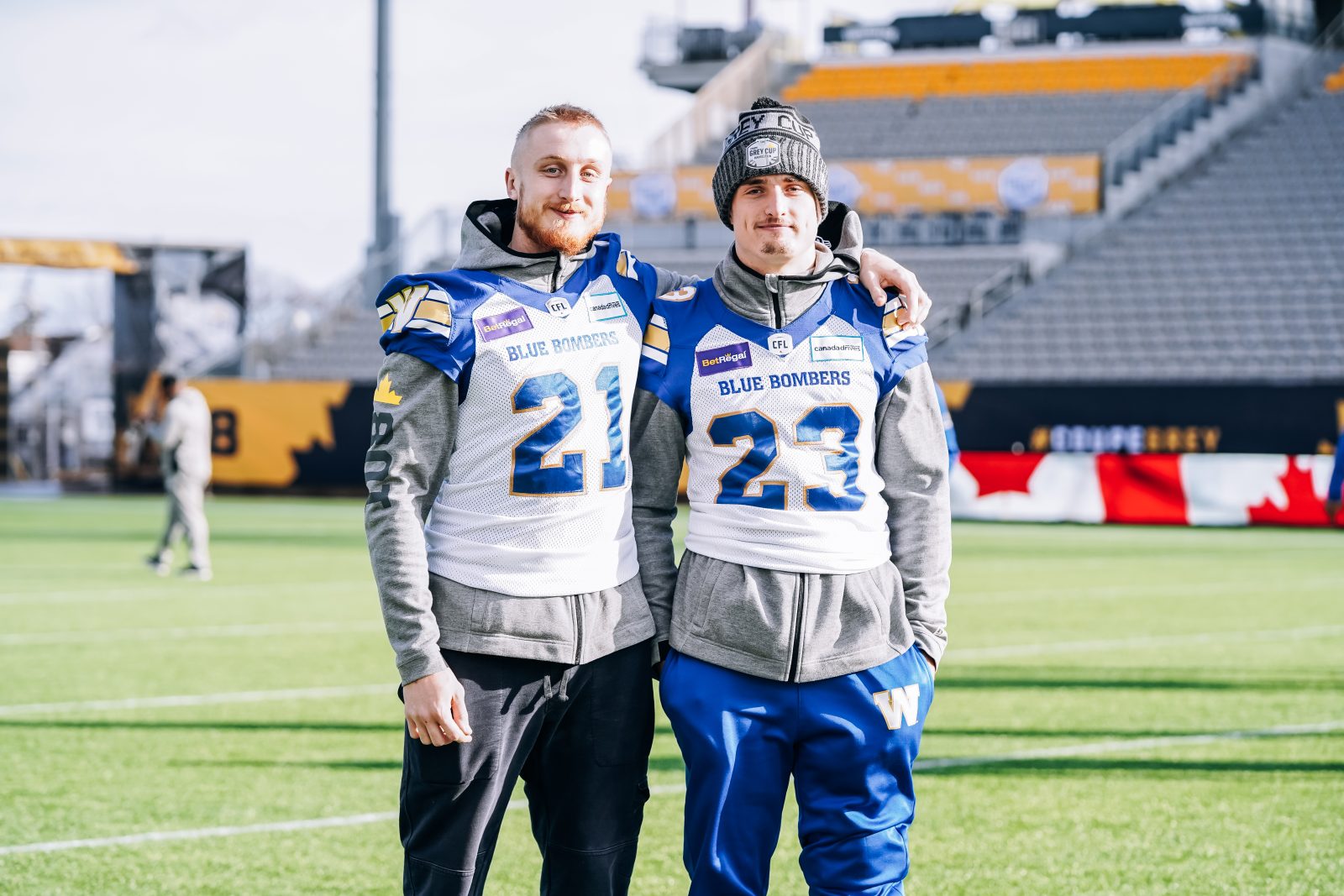 “It’s very cool,” he said. “That first one, I kind of felt like it would be good to win it for those guys who had played so long without winning one, like Jake Thomas, and the other players who had worked 10-years plus but hadn’t won one. The second one was really sweet.

“The first one was very special to me. It was my first experience in professional football, so I felt like I just walked into it. This one, especially after a year of no football, you could see the determination and the preparation every guy had done to achieve that feeling again. It was almost more special to win this one because of that.”

Hallett, now 27, has transformed into a key cog of the Blue Bombers special teams units after being selected by the club in the seventh round, 61st overall, in the 2019 Canadian Football League Draft.

“I look back to ’19 and the first time I stepped into the locker room… back then I was just grateful to be considered,” he said. “I didn’t know if I was going to even make the team, not just the dress roster. I didn’t even know there was a rule that you couldn’t get cut during training camp as a draft pick. I thought every day was going to be my last day. Maybe, in hindsight, that was a good thing because it made me play that much harder.” 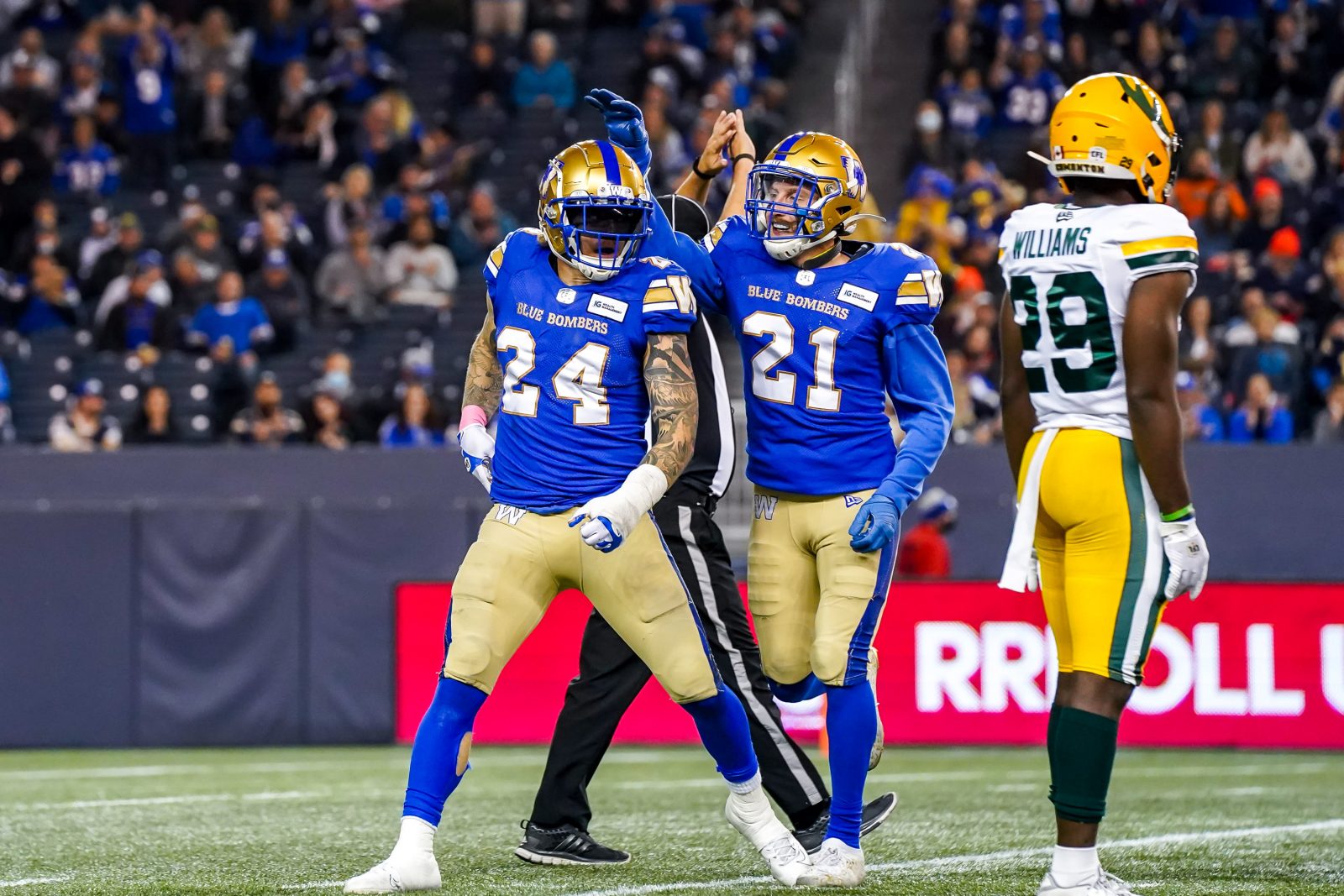 “Playing that first season I definitely felt like I was part of the team, but I was just trying to do whatever they asked me to do. Now I do feel like I can have a serious impact on a lot of special teams and on defence when called upon. I definitely feel like I’ve found my spot on the team and know what is expected of me. I just work to try and deliver that for every game.”

Hallett and his younger brother Noah, a 2020 draft pick of the club who suffered a season ending knee injury just before the playoffs, plan to relocate from London, Ont. to Hamilton this week. That move will allow Noah to continue rehab at McMaster University, his alma mater. The goal for ’22 is for both brothers to be on the field and recreating that same scene again at the end of the season.

“It’s why you play – to make it to those Grey Cup games and reach the ultimate goal of winning that trophy,” said Hallett. “I keep saying it, but to do it with such a special group of guys is what sticks with me more. I’m still talking to those guys, playing online games with them, and those are still part of our conversations because what we did together is very special.”