Harris returns to the practice field 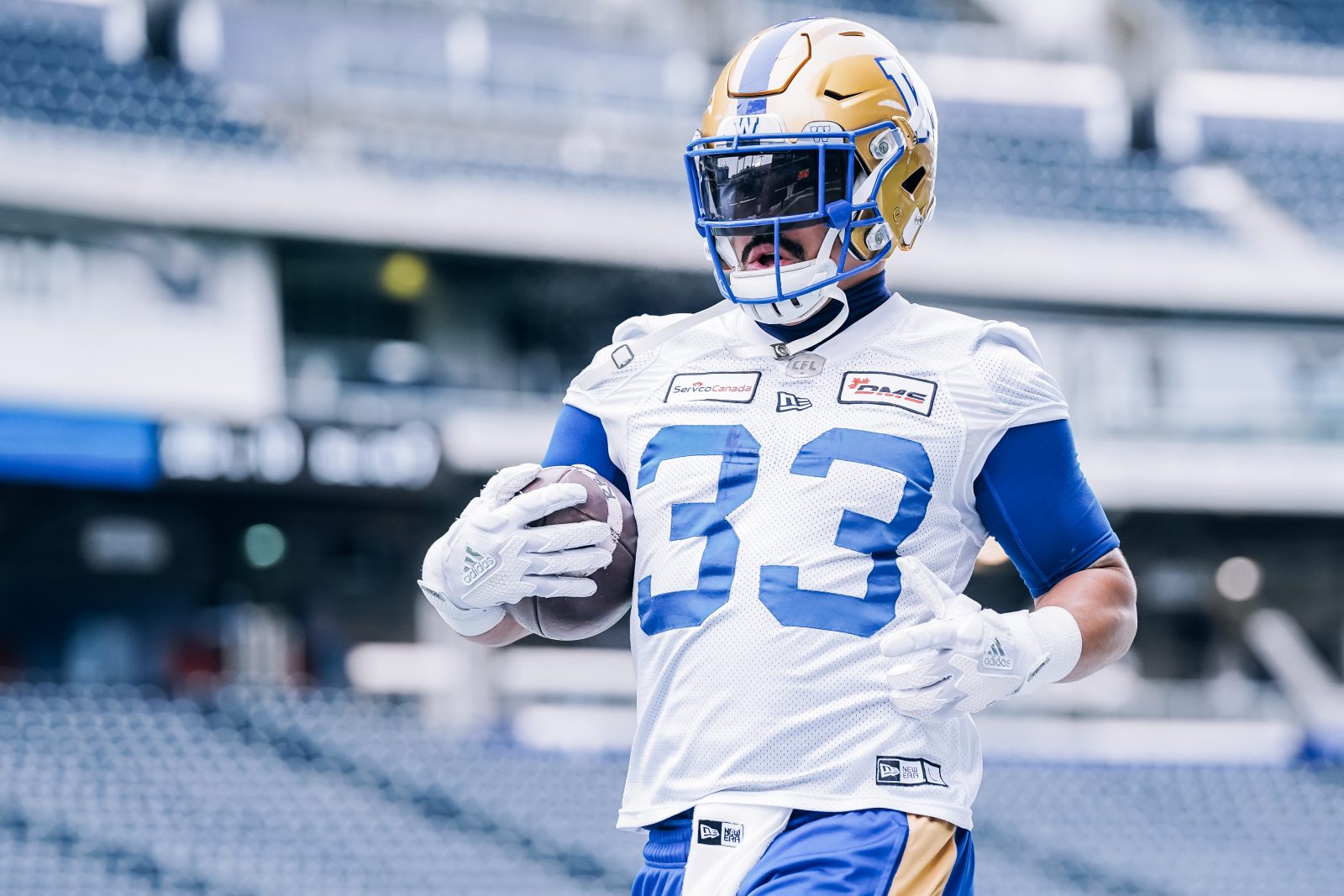 Harris returns to the practice field

Andrew Harris quietly strolled down the hallway outside the Winnipeg Blue Bombers locker room – taking a low-five from Willie Jefferson en route – and then worked his way through the tunnel and out to IG Field.

It’s a scene that has unfolded hundreds of times before during the future hall-of-famer’s career, but the timing of it all – what with him having been out of the lineup since mid-October and Sunday’s Western Final against the Saskatchewan Roughriders fast approaching – just made the moment seem all that more dramatic.

“It’s crazy how much you take for granted those little things and just the excitement of being able to get back on the field,” said Harris following practice on Wednesday. “It was definitely an exciting moment for me. Just to be able to get through practice and practice the way I did today, I feel really strong about today and optimistic about today. I’m just looking forward to building off this.”

Bombers head coach Mike O’Shea acknowledged that the return of Harris would be a massive boost for the club and the offence. At the same time, he took the cautious approach when commenting on what he saw from the star running back in his first work since a win over the Elks in Edmonton on October 15th, indicating he wanted to see how Harris felt after Thursday’s practice before committing to his return to the lineup. 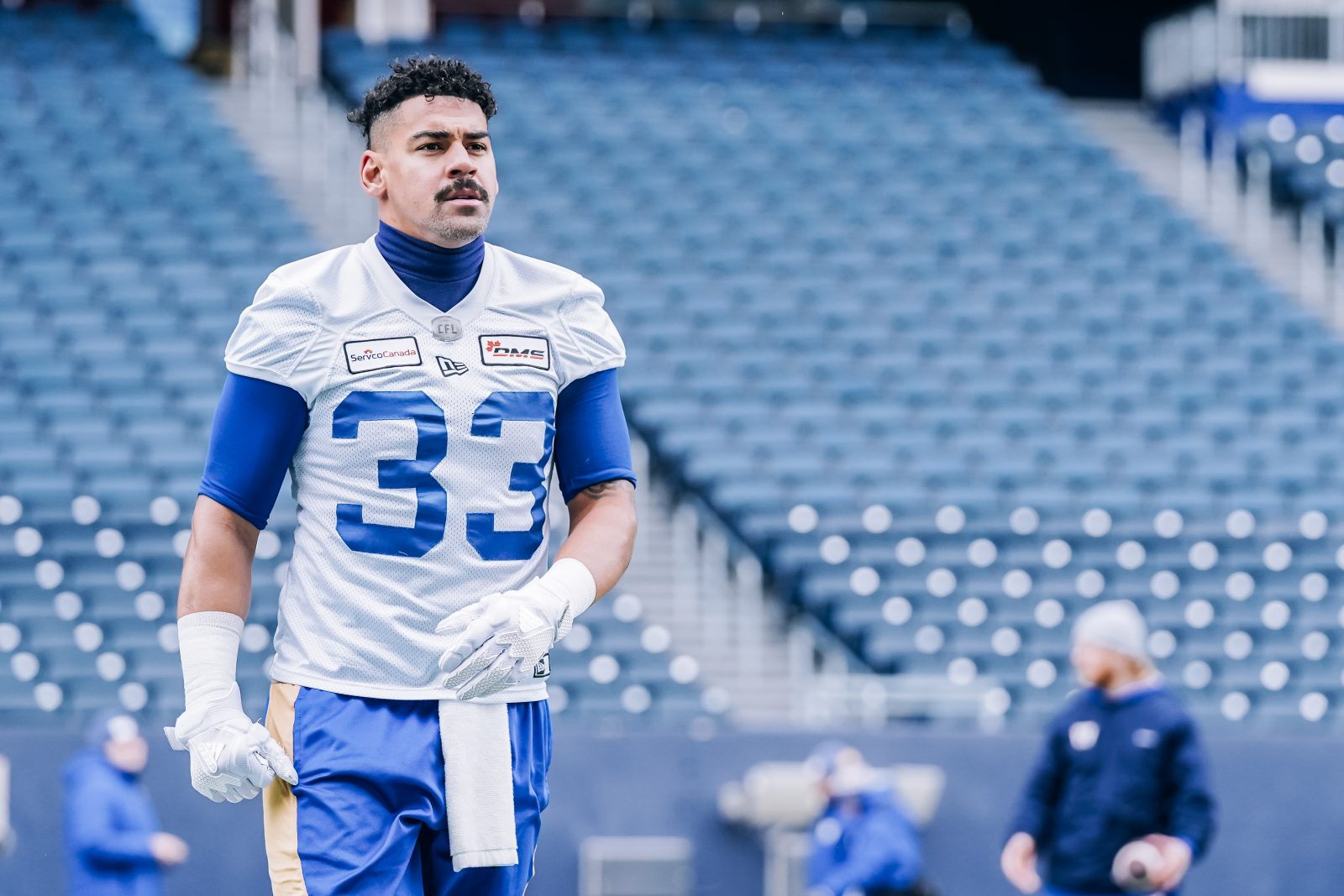 There is this, though: when a player with this kind of resumé returns – even just to the practice field – there is an obvious corresponding energy and spark.

“The way he carries himself, his ability and his toughness… it certainly is noticeable to his teammates,” said O’Shea. “They would get a boost from that, from having a guy like that beside you. I would say that you get that a lot from players that have had times in their careers where they’ve been dominant. The guy beside you would get that lift, for sure.””

Harris took about two-thirds of the reps with the starting offence during Wednesday’s practice, with Brady Oliveira – also back from injury – getting the majority of the rest of the work and Johnny Augustine’s reps coming mostly with the second unit. Harris finished fifth in the CFL in rushing with 623 yards, despite playing in only 6 ½ games and during his absence, was more-than-capably replaced by Oliveira and Augustine when they stepped into the backfield. Those three – all Canadians, it should not be forgotten – rushed for a combined 1,337 yards.

Still, there’s also this nugget: the Bombers were 7-0 in the games Harris started this season.

“He’s the best back in the league and he’s been the heartbeat of our team for a long time, so having him back there practicing is a huge boost for the whole organization,” said Bombers all-star guard Pat Neufeld.

“He’s a tone setter for us. Having guys around him have to rise to his level is awesome for our team. Everything he brings is going to help us.”

Pressed to expand on the ‘heartbeat’ reference, Neufeld offered up this explanation about the 34-year-old tailback. 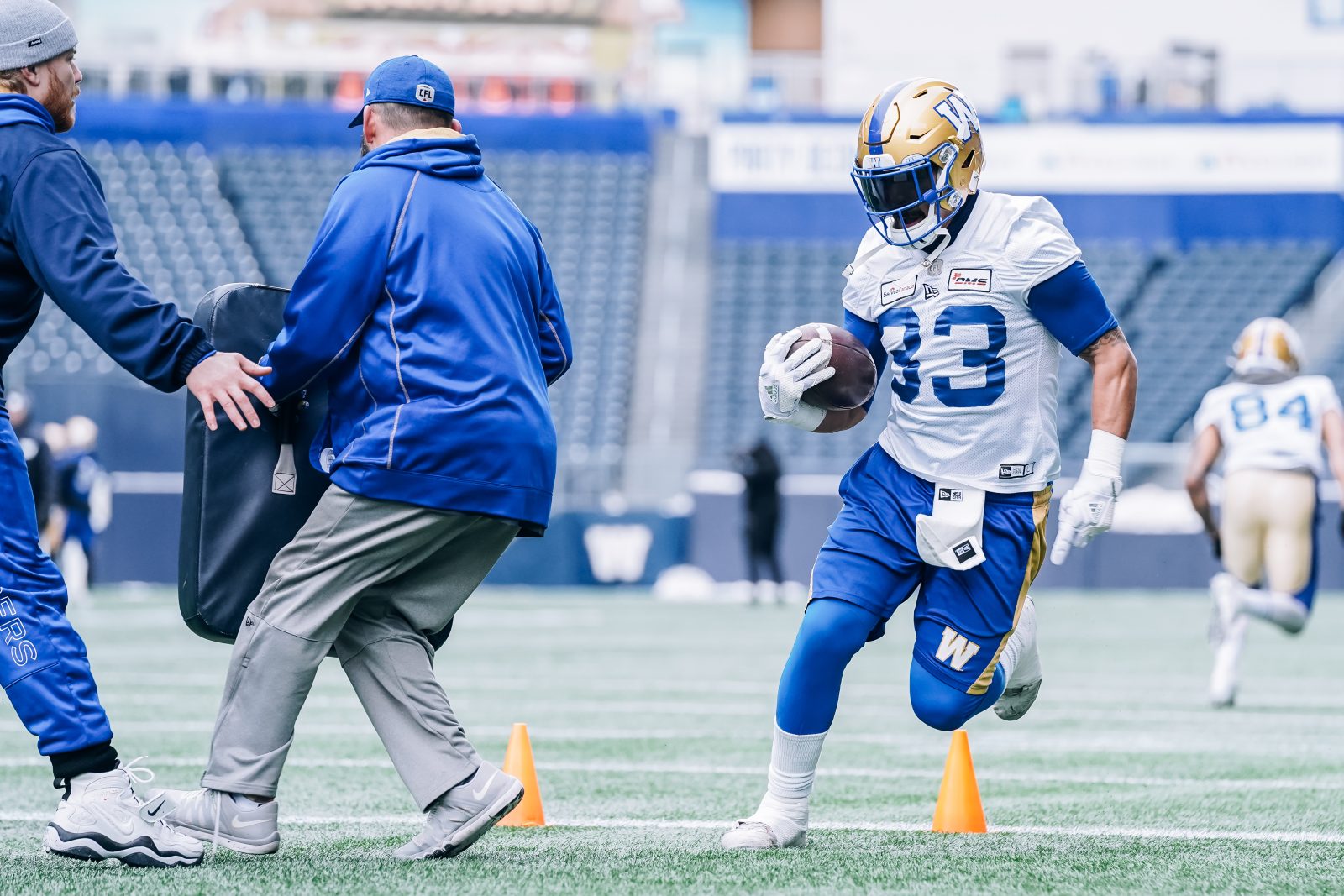 “It’s the emotion, the talent, the enthusiasm he brings to this team,” he said. “People thrive when they’re around him. And the way he can run the ball and make plays for our team really gets our crowd into it, gets our whole team into it. All those aspects really lead to that.”

Harris credited the work of the Bombers training staff – specifically Head Athletic Therapist Al Couture and Strength and Conditioning Coordinator Brayden Miller – for helping get him back on the field. And when the ball was stuffed into his midsection for his first rep…

“It felt amazing,” he said with a huge grin. “I haven’t ran in over 50 days. So as much as it is like riding a bike you still want to get out there and get that cadence down. Everything’s about timing in football and then reacting off those steps. I wanted to make sure I got those steps in and react and then build off that. The defence did a good job today of bodying me up a bit.

“Again, it was a great day today. I felt more in shape than I did earlier in the season. That’s just kudos to Al and Brayden and the rest of the staff here getting me to that point.”

Just as a reminder, the last playoff game Harris played in might have been the best of his career. The Winnipeg product scored twice in the 109th Grey Cup – once along the ground, another through the air – and rushed for 134 yards before being named the games’ MVP and Most Outstanding Canadian. And, for the record, he was also the top Canadian in the 2011 Grey Cup, then as a member of the B.C. Lions. So, the man has a thing for the bright lights and the big stage.

“No player wants to miss playoffs,” he said. “It was definitely motivating (to get back). And watching your team from the sidelines or on TV… you’re always proud to see them win and you want to be in there and you’ve got to give credit to Johnny and Brady for stepping in and doing a helluva job. Kudos to our coaching staff. Those guys did amazing and I’m proud of what they did.

“As a guy who’s been a starter for a long time you always want to come in and make those plays and be in there with them. Being in the playoffs is definitely massive for me. I know my teammates are excited to see me back today and getting back in the lineup, but nothing is set in stone yet for Sunday, so we’ll take it day by day right now and hopefully, fingers crossed, I’ll be in the mix.”