“We’re just trying to take the identity of our coach” 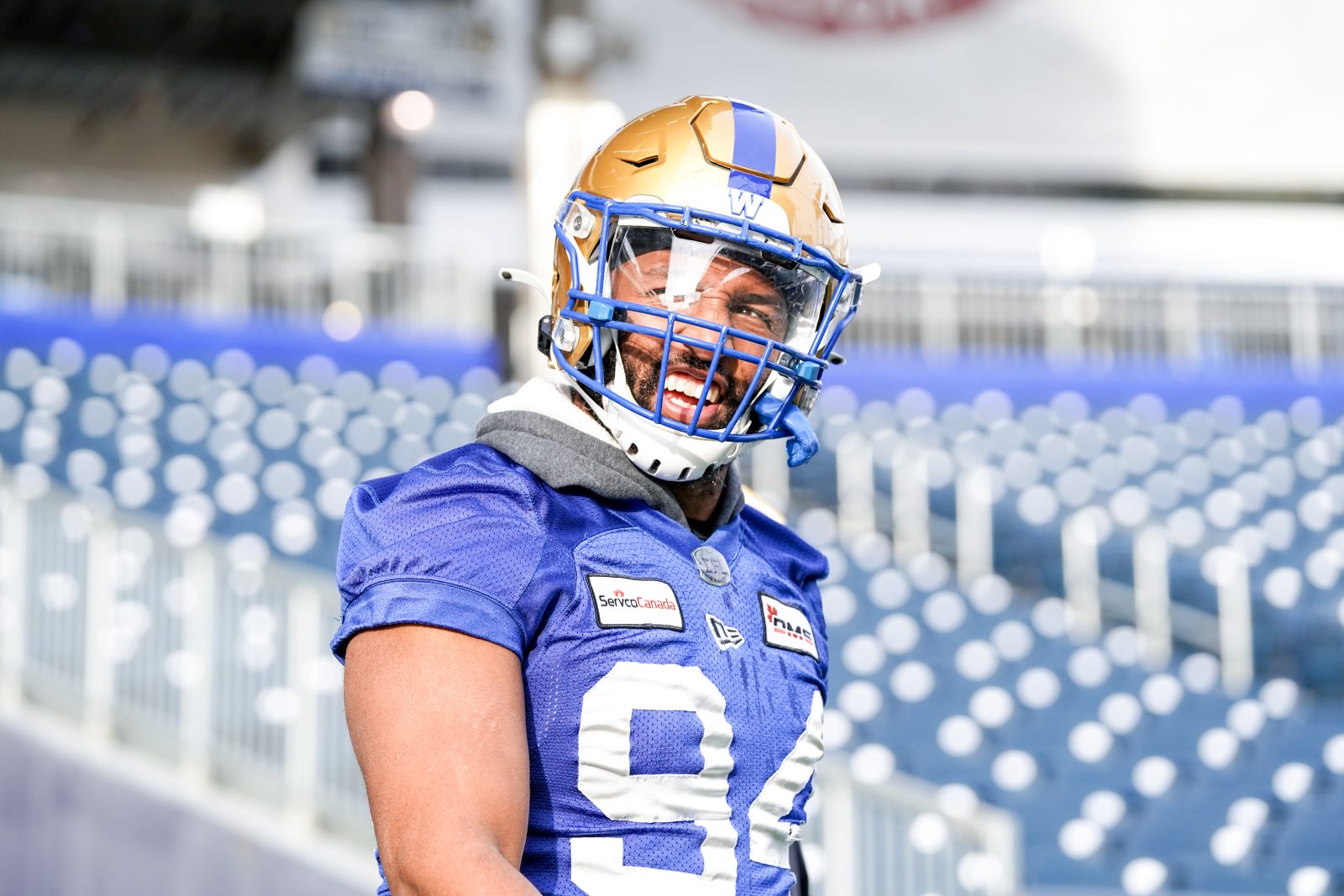 “We’re just trying to take the identity of our coach”

It was just a couple of days ago – on one of those frigid Manitoba mornings that has even the heartiest of us cursing Mother Nature – when Adam Bighill sprinted out to practice wearing just a T-shirt and shorts.

No leggings. No long-sleeve shirt. No layers. And he was smiling.

We provide that snapshot as more than just an example of a ‘WTF’ moment from Winnipeg Blue Bombers practice this week, but as evidence of this crew’s collective mindset now eight days out from the Canadian Football League’s Western Final at IG Field. Cold? Yeah… and so…?

“I love running out there,” said slotback Nic Demski, the Winnipeg product. “I was telling these guys back in middle school or elementary school we used to wait for winter days when the snow would fall down so we could play tackle football outside. I’ve been moving around in snow since I was a young kid. This is just natural for me. That’s the way we play football. It starts in the trenches. It starts with toughness and physicality. We’re going to come out there and hit and make some plays.”

The current long-range forecast for December 5th – which of course could change, although likely not dramatically – calls for a high of -12 with a north wind at 36 km/h. And while it’s true that both teams have to play, thrive and survive in those conditions, the Bombers do feel they are hardened to it because it’s what they live every day. Yes, it gets cold in Calgary and Regina, too, and so whether it’s the Stampeders or Saskatchewan Roughriders who advance to meet the Bombers on December 5th it’s not like they’ve been practising underneath palm trees. 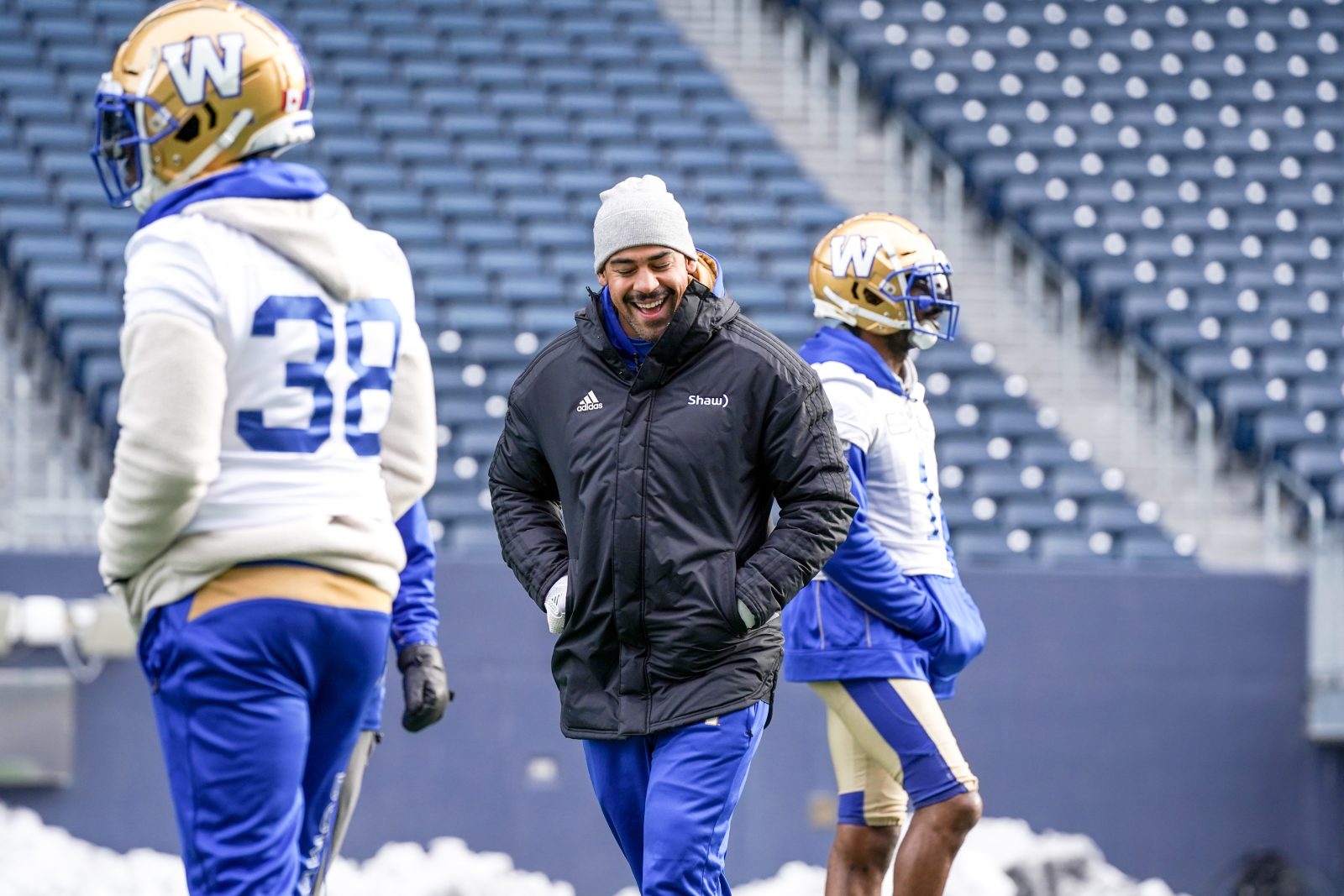 Yet there’s a mental toughness at play here that feeds into a persona the Bombers have built dating back to the fall of 2019. To that end, we brought up the Bighill scene with Bombers head coach Mike O’Shea after practice on Saturday.

“Well, it’s better than the other way,” said O’Shea with a grin. “It’s better than guys going back in. It’s better than calling for special teams and missing guys because they’ve gone into the dressing room mid-way through. That wouldn’t be good. That would be a good indicator that we’re going to have some problems in December.

“The majority of this crew figured this out in October of 2019 when we got that big snow dumping, that early winter, and then we were in it for a long time. Everybody recognizes that this is the time of year that you want to be in practising. You want to be working in this weather. It means you’ve done some things right up to this point.”

As defensive end Jackson Jeffcoat said the other day, the Bombers have earned the right to play in this weather. And at home, too. Jeffcoat had some experience in this before joining the Bombers, as he lived in Buffalo, NY for a stretch while his father played for the Bills. Other Americans, like Jermarcus Hardrick, will tell you it takes a while to build up an immunity to it, both physically and mentally.

“I had never really played in the cold until I got to Winnipeg,” said the West Division all-star tackle. “I was in B.C. (when he first came to the CFL) and the year I was in Sask we went 3-15 so I was already at home now (at this time of year). So, I got to Winnipeg and got around some great people, great staff, great organization, started winning… like we say, it’s not cold enough here and so you forget about it.

“We’re just trying to take the identity of our coach, man. I don’t know, some of you guys might know him a little better than me, but I think Coach O’Shea is a pretty tough guy.” 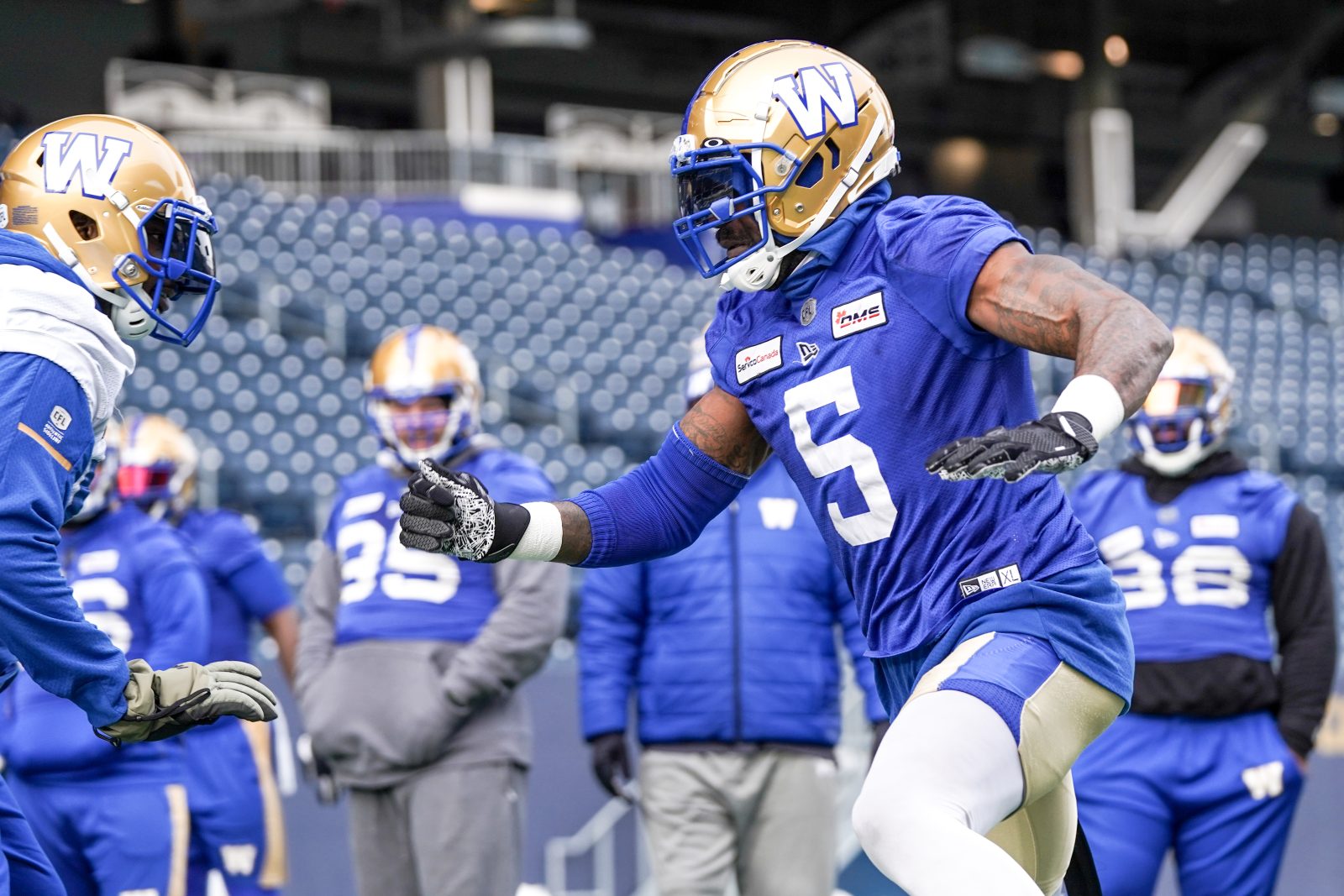 Same goes for Willie Jefferson, who first came north from Texas to the CFL with Edmonton and played in Saskatchewan before arriving in Winnipeg. What he noticed upon his arrival here was how much this O’Shea-coached team didn’t complain a lick about whatever weather conditions they might face, but instead embraced them. Mental toughness? Heck, yeah.

“This is something this team was built on, especially since I’ve been here playing in the cold, playing cold games, having to endure the elements during the week and then once it comes to the game it’s just second nature,” said Jefferson. “It something when I came here that I prided myself on getting better at it. When it came to the later months and started getting colder some guys don’t like playing in the cold… things change, players change, mindsets change. But for us when it gets cold we want to get tough, we want to heat up, we want to just keep playing Winnipeg football. If winning it comes down to people coming here to play in our stadium, we’re already ready.

“Guys hate coming here to play because it’s so cold. We call it ‘Winterpeg’ for a reason. Being here in Winnipeg all through the week playing throughout the elements and having to deal with it for so long, this is something we pride ourselves on – playing in the snow, playing in the cold, playing at home in front of our fans. Their cheers and all the energy they give us keeps us warm on the sidelines.”