“There’s an expectation that we have to uphold” 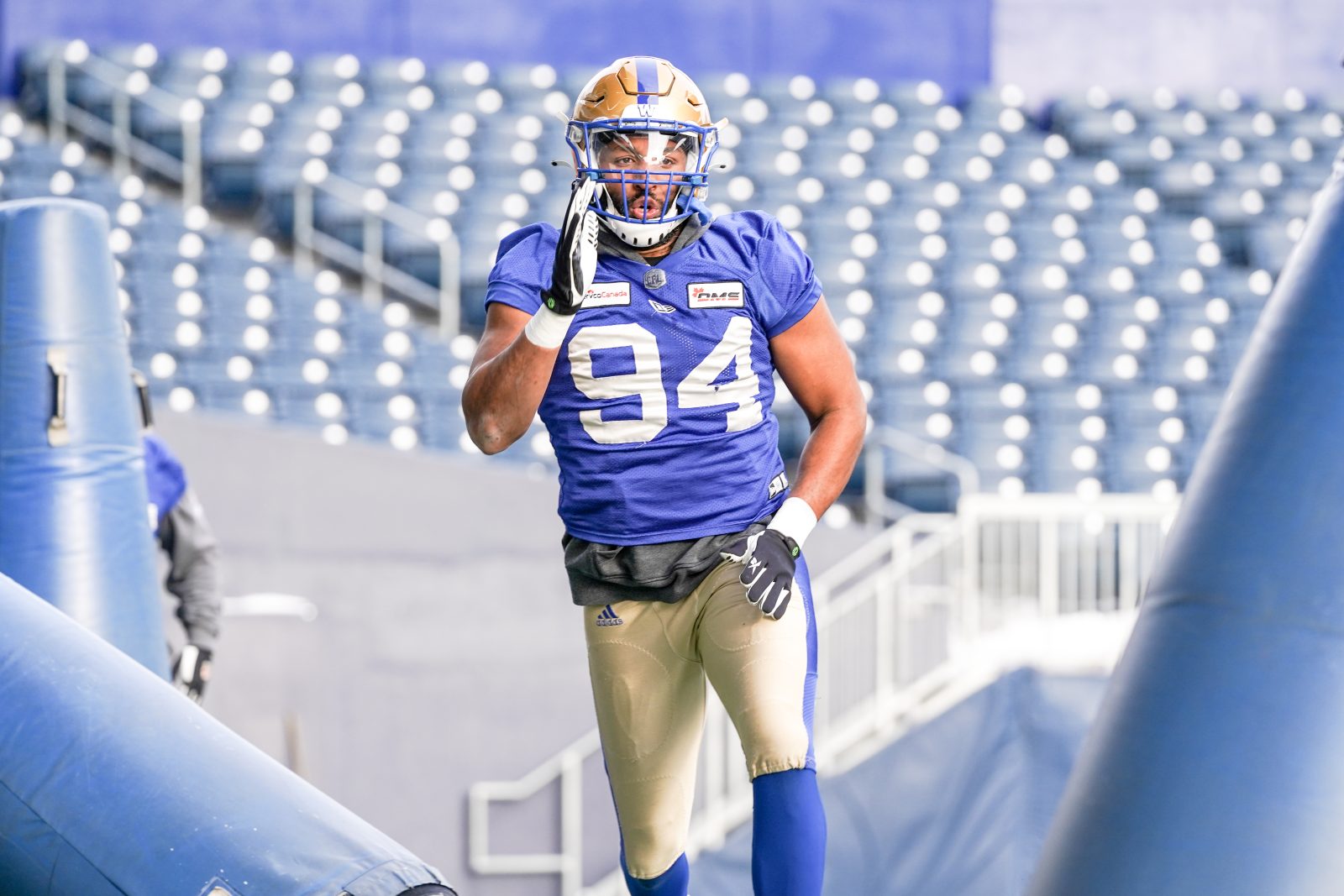 “There’s an expectation that we have to uphold”

The all-star recognition came first for the Winnipeg Blue Bombers, followed a day later by the Most Outstanding Player Awards/Coach of the Year finalist announcements.

And so, as bye weeks go there has been some significant news swirling around the team with the best record in the Canadian Football League and all the individual accomplishments that go along with it.

Funny thing about that…

If there was any sense that this team lost its focus after dropping two games down the stretch which had no impact on their place in the standings, or that it would get fat and sassy as the accolades rolled in during this bye week, they were all stiff-armed to the ground in a nanosecond by Jackson Jeffcoat and Jermarcus Hardrick after practice on Friday.

“Award-wise, it’s awesome. But for playing… you can’t go out there and say, ‘Oh, we’ve got 15 all-stars we’re going to win the game.’ That’s not how it works. You’ve got to show up every day. Thank you a lot for the recognition and thanks to all those who voted,” Hardrick added. “But really just want to win. It’s good we got some recognition, but none of it matters if we don’t win on the fifth (December 5th, Western Final) and a week after.

“… Obviously anybody who got named will be happy, but it’s nothing to be happy about unless we win. I’m just glad I got guys like Paddy (Neufeld) and Stan (Bryant) staying on us like ‘This means nothing. Let’s go win.” 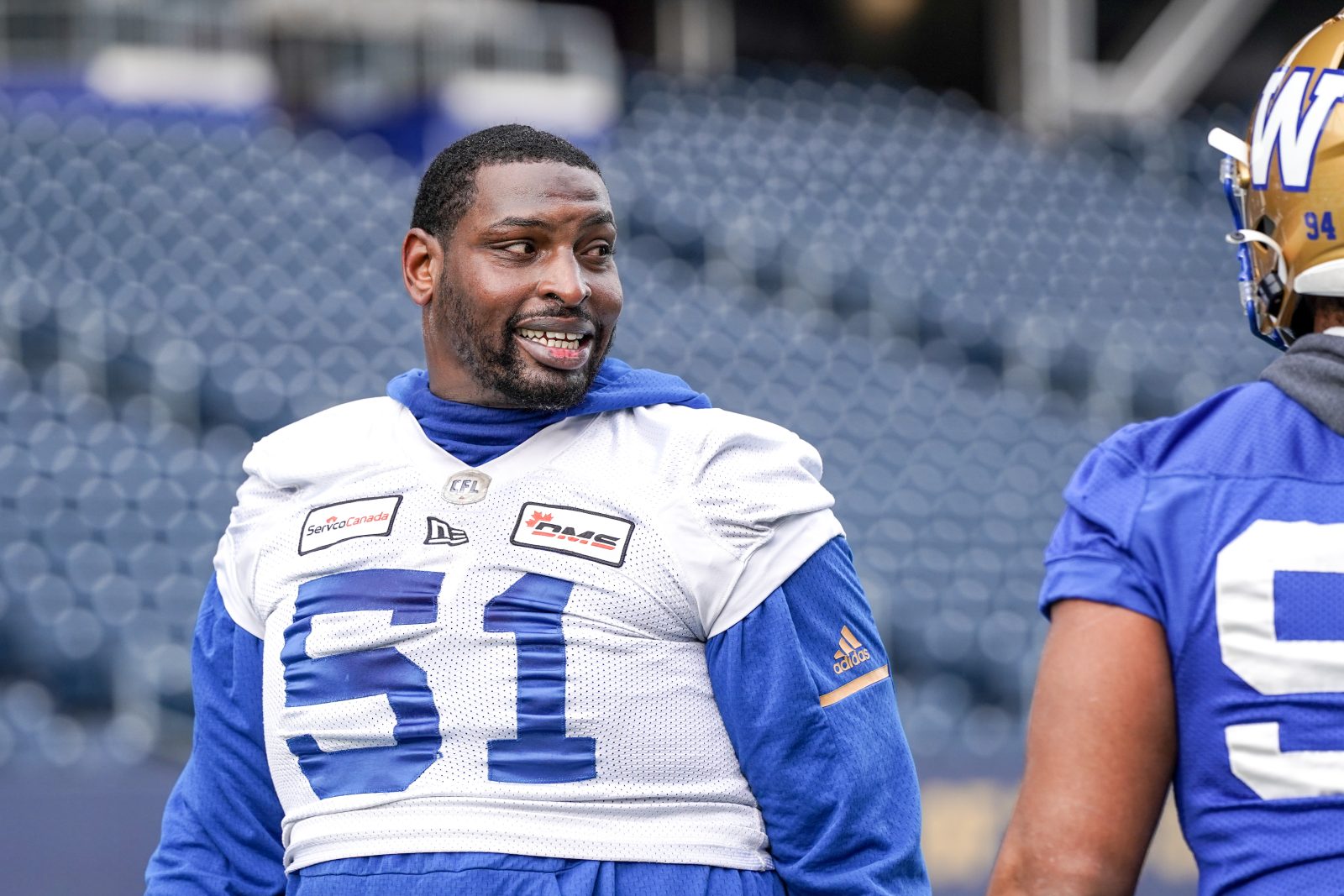 That’s the approach the Bombers took into their bye-week practice from head coach Mike O’Shea right on down through the lineup. The 11-3 record, the first-round bye, earning home field for the Western Final… those are all wonderful accomplishments that will mean squat on December 5th.
“That’s the mood,” said Hardrick. “We’ve Zach (Collaros) leading us up front, we’ve got Willie (Jefferson), we’ve got so many guys I could name from the receiver room, to the DBs (defensive backs)… every room we’ve got a leader in there.

“That’s the mood in there: we need to go in there and win on the field, we need to win each day and we’ll talk about the awards later.”

All of this just further cements the importance of the approach the Bombers took after winning in 2019 through the lost year of 2020 and into 2021. The goal was to return as many players from the championship squad not just to give them a chance at repeating, but because so many of them are daily tone setters with their work ethic and collective focus.

Asked if there was a danger in keeping that focus through the bye, Jeffcoat said:

“Not with this bunch. Guys are hungry. We wish were playing this week. We want to play. We earned the right to have the West Final here so we’re going to embrace that and keep working.

“Having a veteran team like we do, guys are making sure we’re keeping everybody up, keeping everybody locked in and excited. We get to play football. We get to come out here every day… whenever we’re out here we get to run around, that’s our job. That’s a fun job. For me and most of my teammates, you’re always excited to get up every morning and do that.” 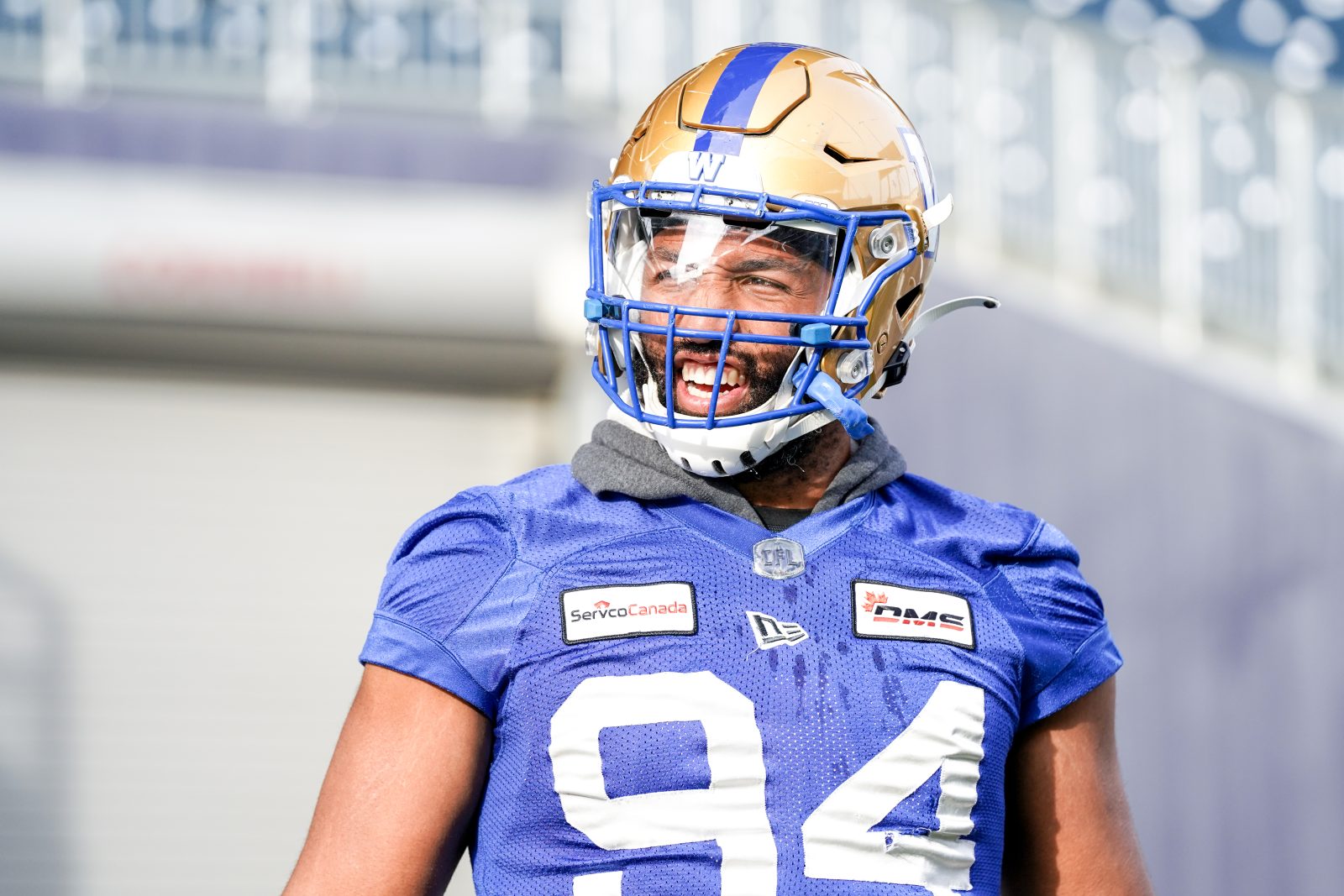 “We did what we wanted to do in the regular season. Now we’ve got a new set of goals. This is like a new season. We’re starting a new season and records are out the window. It doesn’t matter. You win and advance, you lose you go home. So that’s it. We have to win or we don’t get to advance.”

The Bombers are in a different position this year compared to ’19, when they went 2-4 in the final third of the season and then needed to win consecutive road games in the playoffs just to get to the Grey Cup.

This year the club needs to win one game – a home game – to punch a return ticket to the big game.

“No pressure,” said Jeffcoat. “Why is there a need to feel pressure when it’s only about us, when it doesn’t matter what other people are saying outside of our room? That’s the thing we go off – the only pressure we’ll feel is the pressure from each other. Like, ‘You’ve got to be better.’ We push each other each day; every position group is pushing the other guys on the other side of them or inside of them. We’re trying to make sure we grow every day to get to get better and better and I think that’s what’s special about this team.

“I wouldn’t use the word ‘pressure.’ There’s an expectation that we have to uphold as a defence, as a team. We have to come out and play our best game because of our love for our brothers and our teammates.”