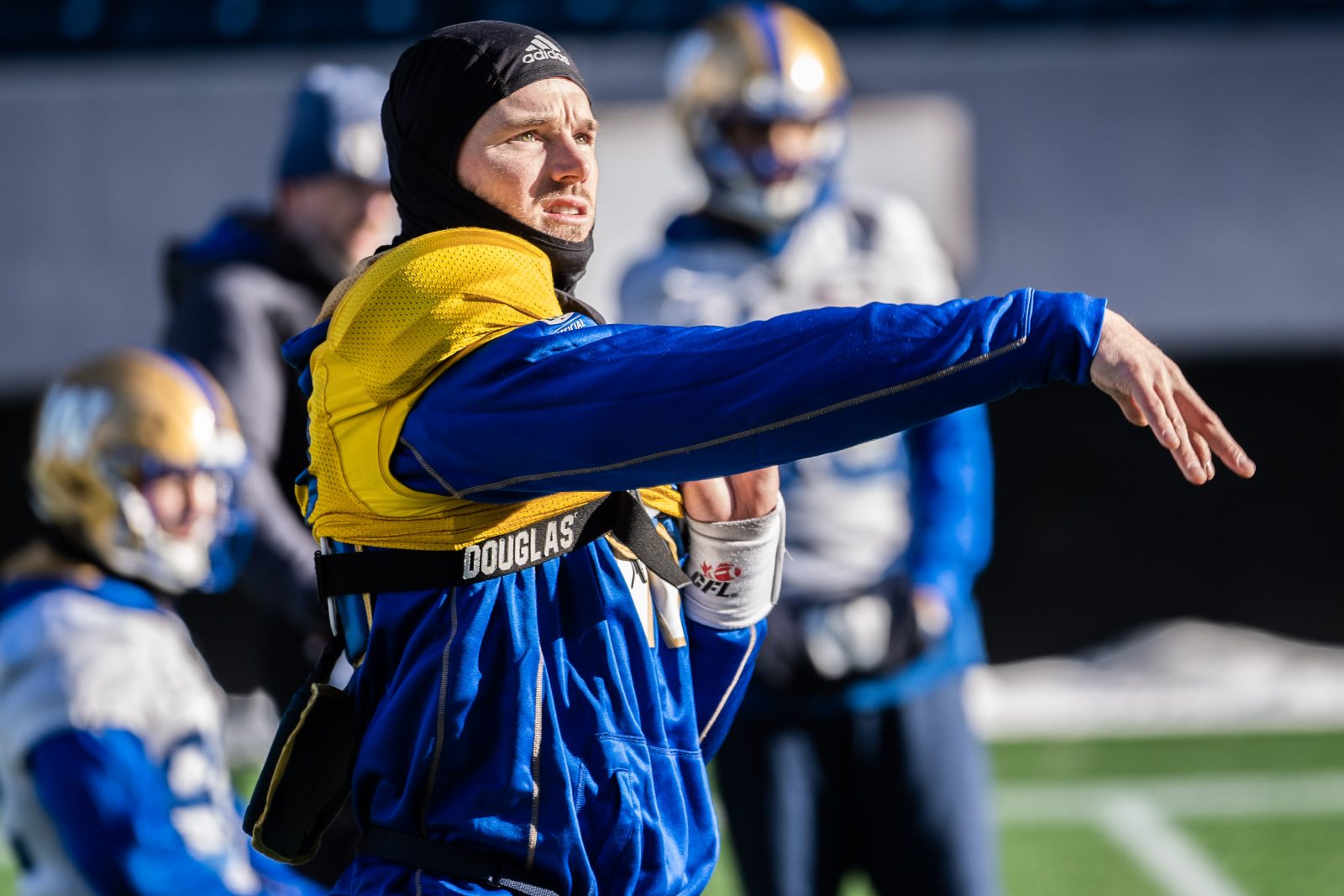 Kickoff: Saturday, 6 p.m. CST, McMahon Stadium, Calgary.
TV: TSN 3/5, ESPN+, BT Sport 3, Yare
Radio: 680 CJOB; Sirius XM (Canada Talks, channel 167)
BetRegal.ca odds: The Blue Bombers are favoured by 4 points
Streaks: Winnipeg: 1L. Calgary: 2W
Home/Road: The Bombers are 4-2 on the road this season. The Stampeders are 2-4 at home
Head to head: This is the second meeting between the Bombers and Stampeders this year, with Winnipeg scratching out an 18-16 victory at IG Field back on August 29. The Bombers are 5-5 in their last 10 regular-season games vs. Calgary 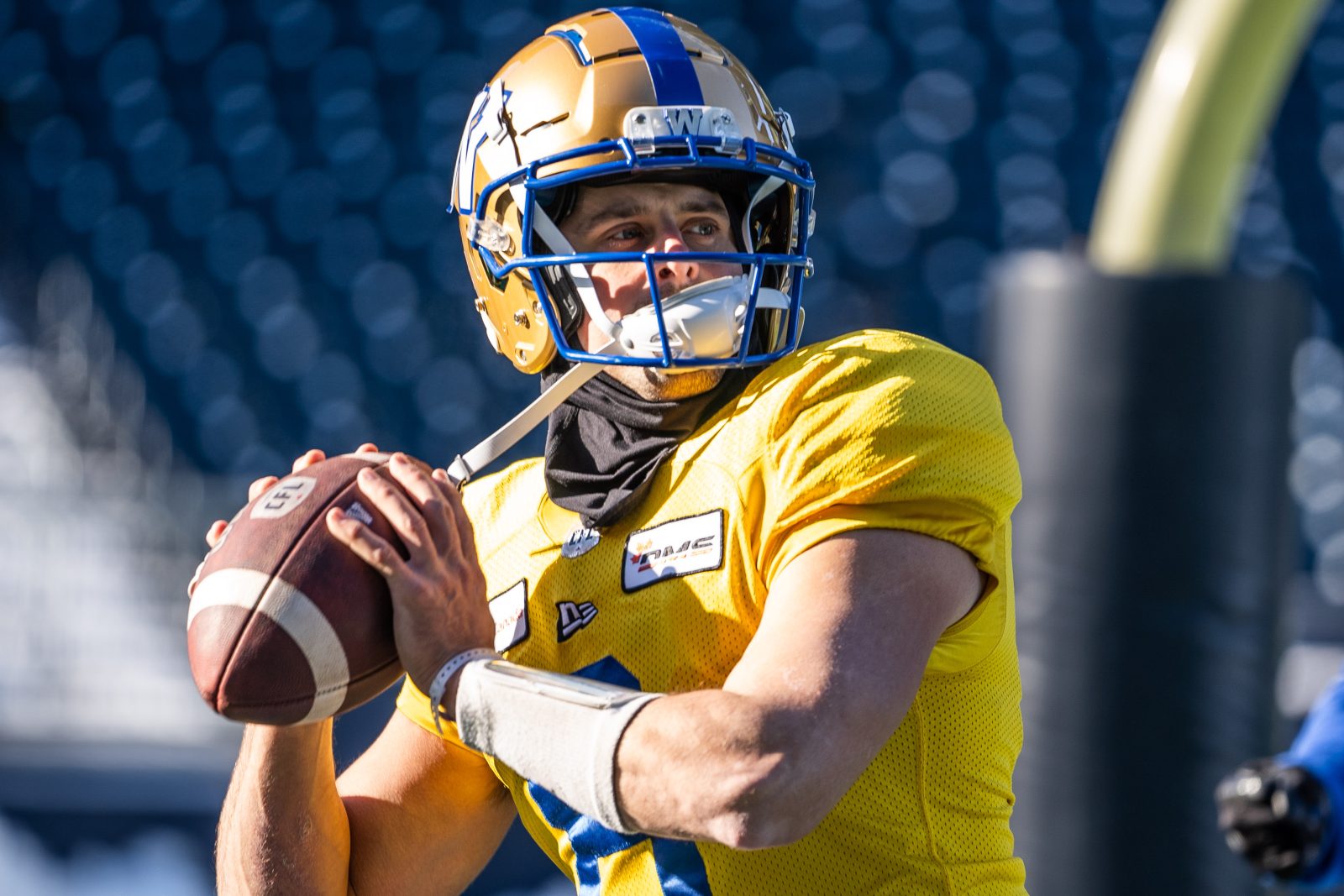 As well, while the Bombers list QB Sean McGuire on their depth chart, their Friday injury report lists him as out. The Bombers secondary is still without DB Deatrick Nichols, while DE Jackson Jeffcoat will miss a second straight game. Kenny Lawler is listed at Adams’ WR spot, with Kelvin McKnight starting at SB.

With Oliveira out and Andrew Harris yet to return to practice, Johnny Augustine will start at RB and be backed up by Shaq Cooper. Winnipeg also has eight OL dressed – their regular starting crew of Stanley Bryant, Drew Desjarlais, Michael Couture, Pat Neufeld and Jermarcus Hardrick, along with Geoff Gray, Tui Eli and Chris Kolankowski. 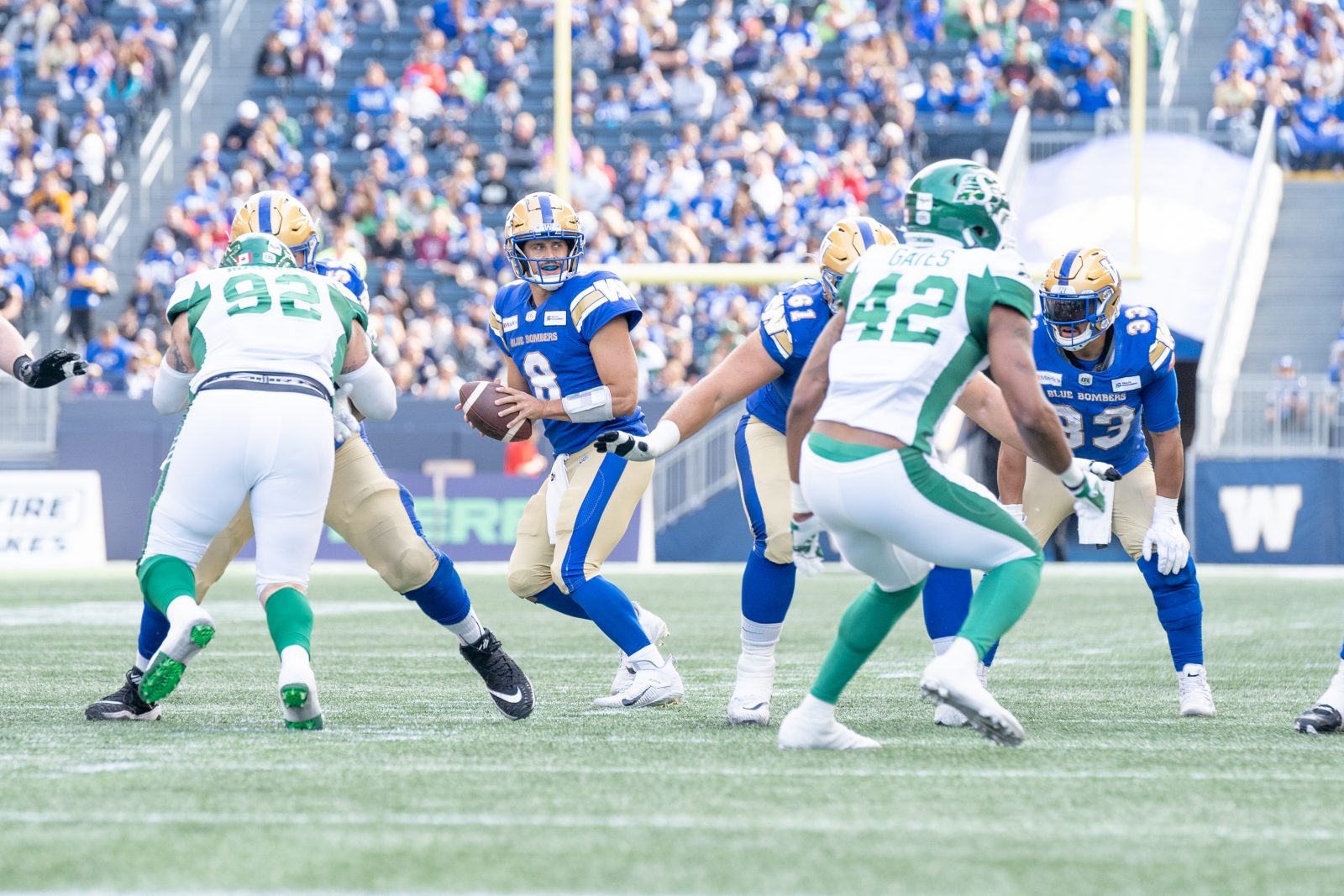 #8 Zach Collaros, QB: The Bombers’ MOP will take the first snap and get a few series, but the club isn’t locked into to a specific snap count for their No. 1 pivot.

“(Head coach Mike O’Shea) and I talked about it and I’m sure we’ll be talking throughout the game,” said Collaros of how much playing time he might get. “We’ll see how many drives it is and take it from there. I kinda told him, ‘If I play, I want to play the whole time.’ He was ‘Well, you’re not going to do that.’

“… We’ll see how it goes. Talking with Osh we just decided this was the best course of action to handle the situation. In my career we’ve had a lot of experience against Calgary as well as Saskatchewan, so whoever it’s going to be I’ll feel comfortable with. It will just be good to be out there with the guys and compete.”

#27 Johnny Augustine, RB: Augustine will start on Saturday with Andrew Harris still injured and Brady Oliveira nursing an ankle injury and be backed up by Shaq Cooper. The veteran tailback has a gaudy 8.1-yard average on 17 carries this year and a sparking 6.9-yard average in spot duty over his career.

#30 Winston Rose, CB: The veteran corner was hard on himself in his social-media accounts after last week’s game in which Eugene Lewis scored twice on his side – both on perfect spot throws by Trevor Harris.

“Winston… one of the reasons that he’s been so successful in the Canadian Football League is because he holds himself to such a high standard,” said Bombers secondary coach Jordan Younger. “He didn’t have the outcome he wanted on a couple of plays in the Montreal game and he’s voiced that. The goal now is to go out this week and if he gets those opportunities again learn from those experiences and correct those mistakes.” 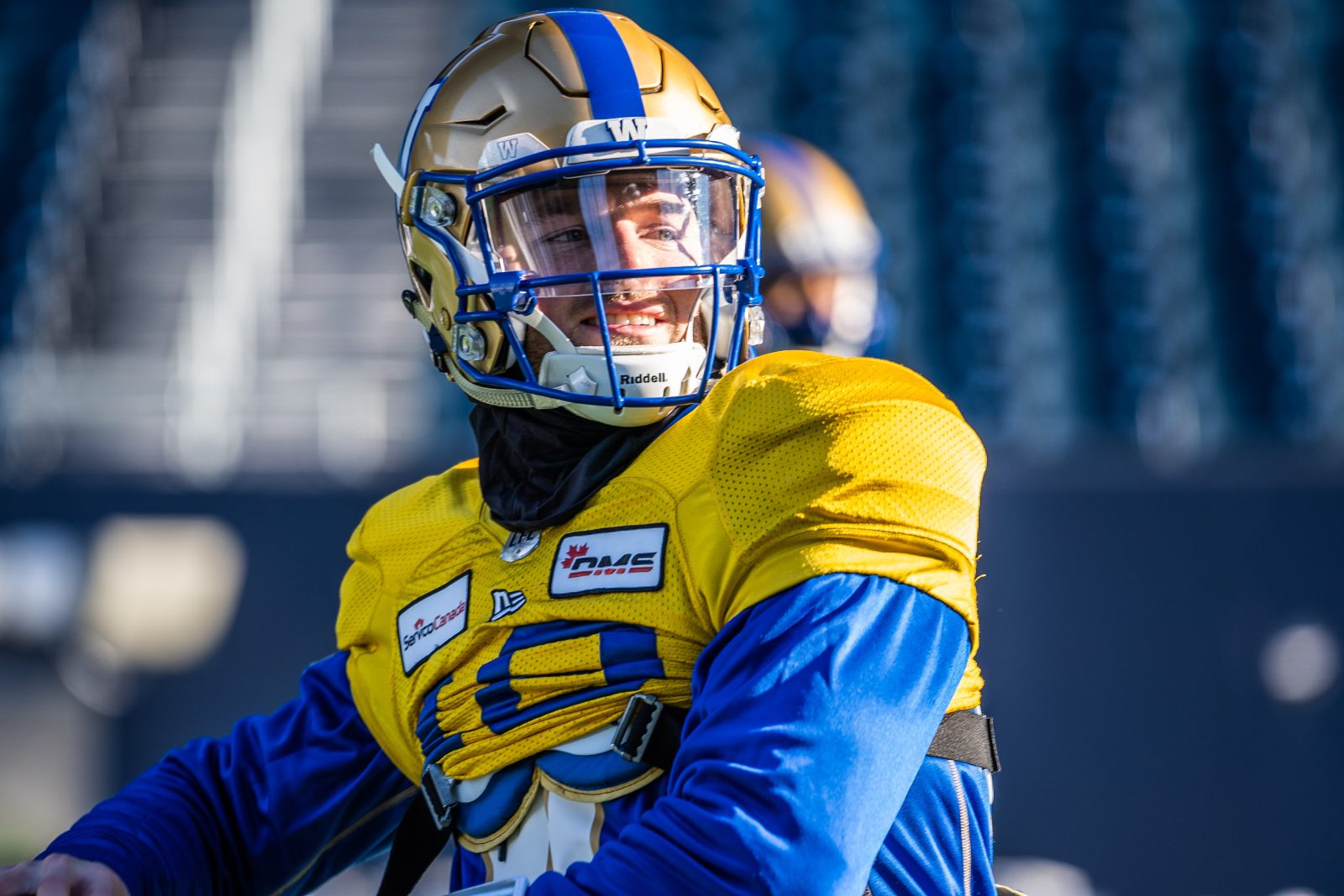 #51 Dru Brown, QB: The rookie pivot will come off the bench at some point on Saturday. And, as with the case with any new QB, there comes a certain fascination in that.

“We kept him for a reason,” said O’Shea when asked about Brown. “I think he is a leader and that’s extremely important at that position.”

Bo Levi Mitchell’s career winning percentage on a 82-22-2 record, including 11-3 vs. Winnipeg. 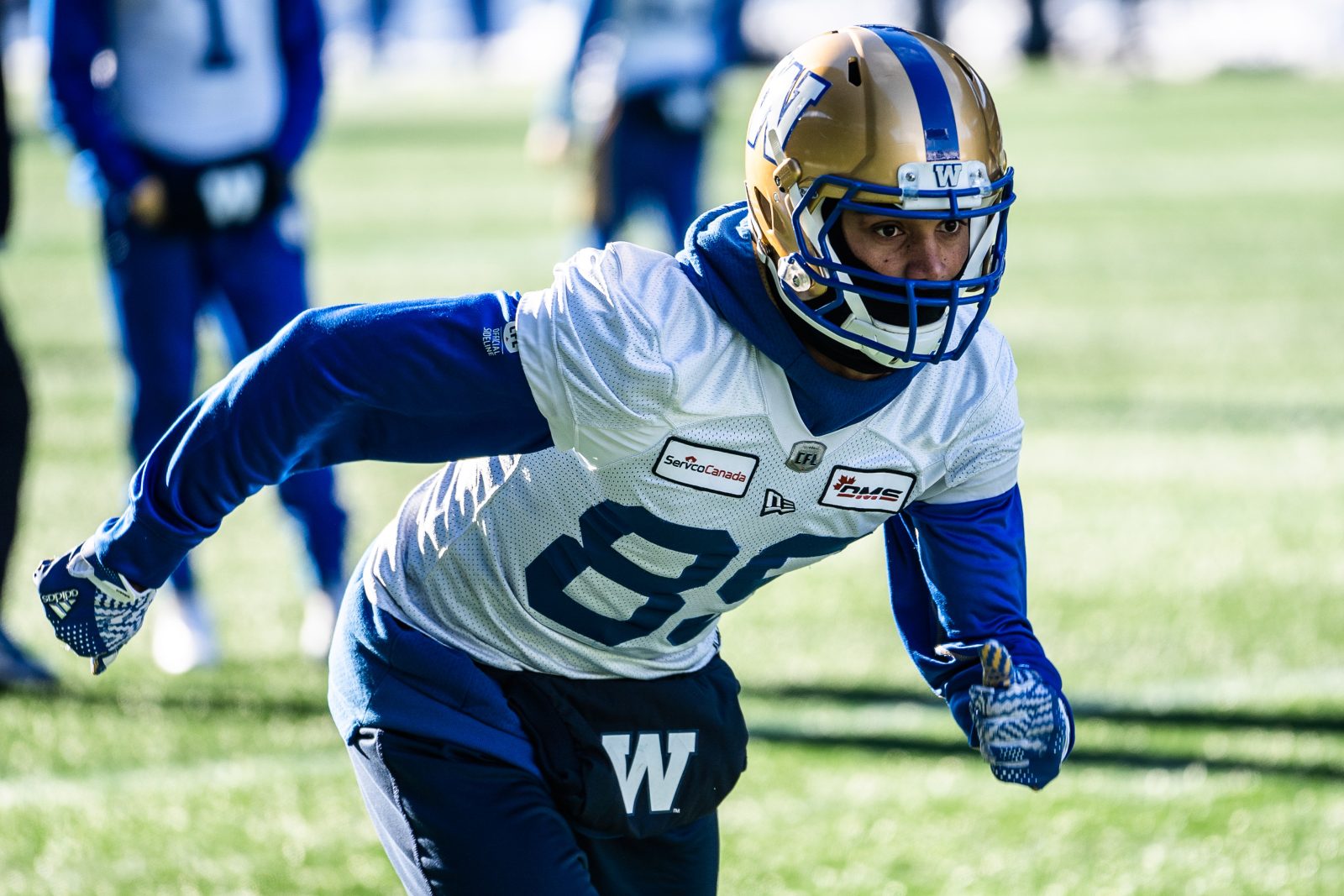