“I have extreme confidence in my abilities and in our team” 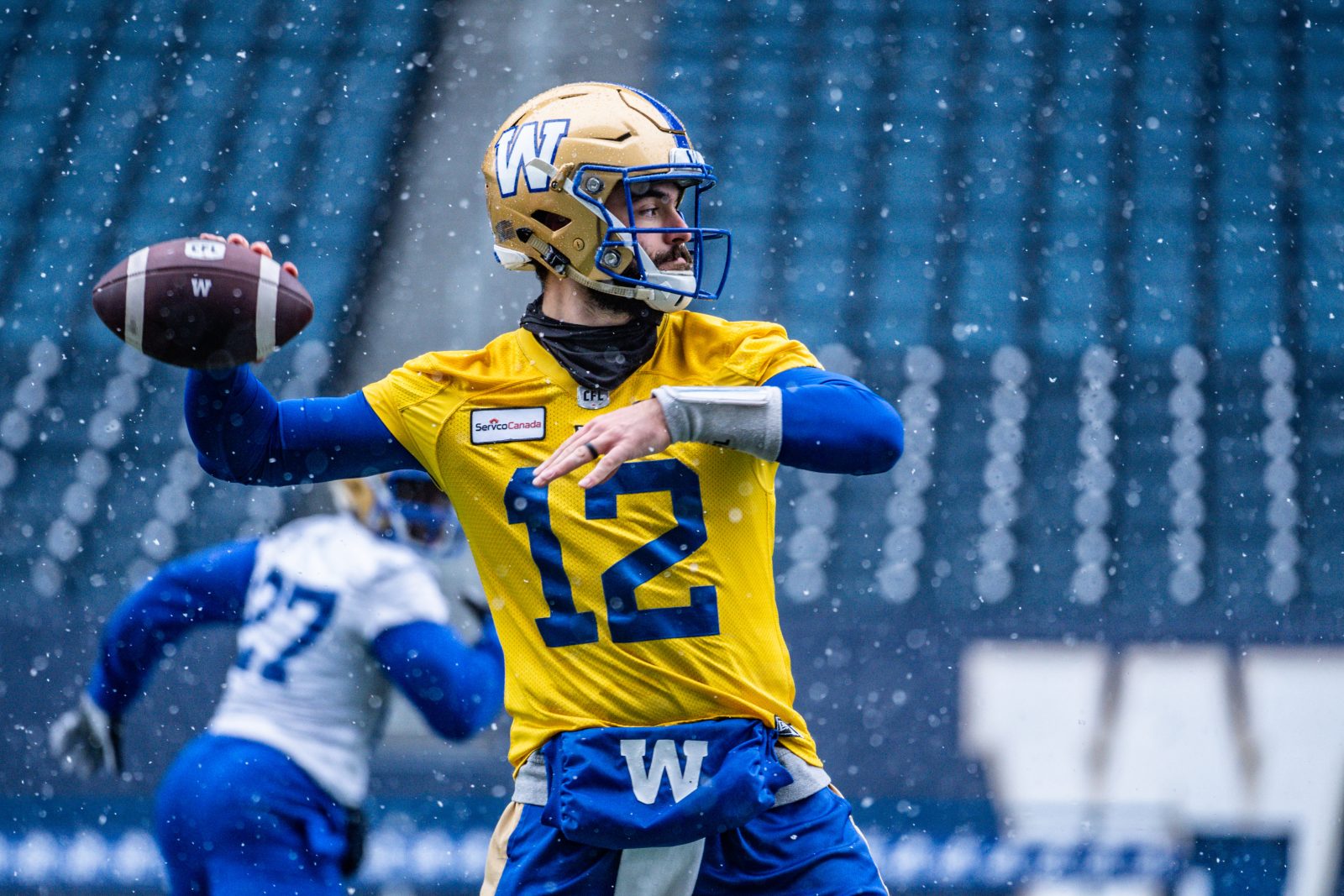 “I have extreme confidence in my abilities and in our team”

Sean McGuire dropped down into a chair in an office in the Winnipeg Blue Bombers football operations department, straightened his back and readied for his interview. It was only natural to study his demeanour for any potential nervousness, what with the minutes ticking away before his first start this Saturday in Montreal against the Alouettes in place of Zach Collaros.

After a few seconds a twitchy, bouncy knee was noticeable, bopping up and down as the interview unfolded. And just to be clear, it was my knee jumping all over the place, not McGuire’s, all of which revealed two things in the moment:

“I know I keep saying this, but I’m just trying to treat it like other weeks in that a lot of what I do closely mimics what Zach does,” said McGuire. “I’ve learned so much from him… even just today and focusing on what we do here, focusing on us. That helps me eliminate everything else, which is just noise, just outside talk.

“So, when the ball snaps on Saturday it’ll be like we’re playing a game just as we have for 14-15 weeks now. It’s just about still focusing on my process – studying, watching, all of that – and then just going out and giving everything you’ve got and just playing. But you know what? I am excited for the chance to be in the rhythm of a game again and feel in that moment again.” 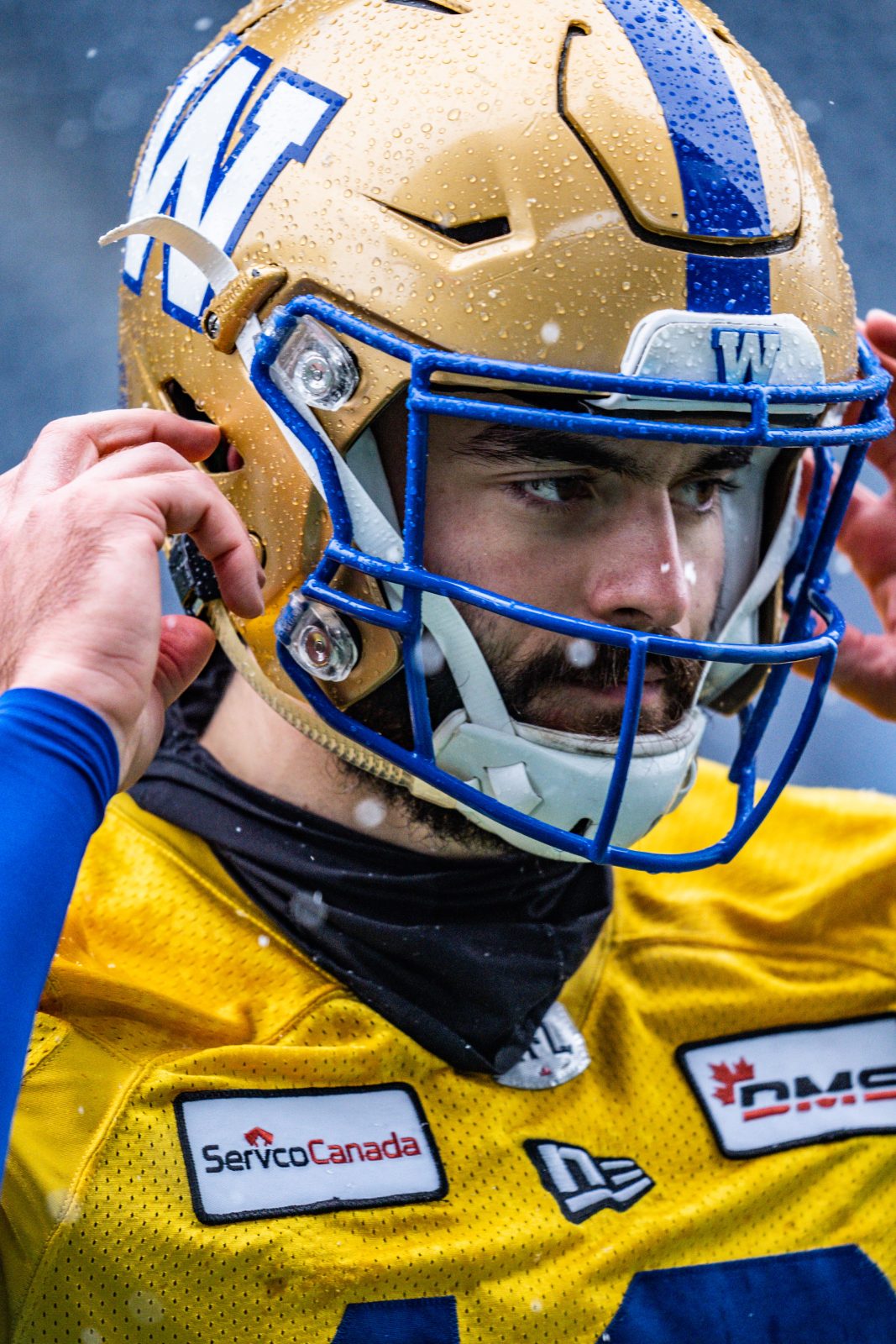 McGuire has thrown all of 10 passes in 30 games over the last two seasons, while morphing from the Bombers’ No. 3/sometimes No. 2 QB in 2019 to the short-yardage specialist and clear-cut back-up to Collaros this season. The Bombers players and coaches have seen an obvious progression in practice right from the first day of training camp this year. They’ve seen his natural leadership skills grow, too.

Still, there’s also a fascination as to what this might all look like Saturday against the Als in real action, not just for the coaches and teammates, but for McGuire himself.

“This year has been interesting because it’s been my first year being the No. 2 for the whole season,” he said. “That’s been an adjustment because every week you’re preparing like you’re going to play a lot of snaps because you really are one play away. All that uncertainty can be exhausting mentally after a game because every play you have this certain heightened awareness because you’re ready to go if something happens.

“This week when they told me (he was starting)… it’s hard to explain. The other weeks you’re waiting and you’re uncertain. Now it’s like I have more than weeks of reps and preparing. I have clarity.”

That McGuire would have his mind in the right place wouldn’t surprise anyone who watched him become the all-time passing leader at Western Illinois University. Or if they knew of the support and motivation that he gets from his family and, in particular, his father Terrence, who is a psychologist by trade. We told a bit of that story last year and the impact McGuire’s father has had on him invariably comes up in any conversation about where he’s been and where he’s headed in his football career.

“He was never a coach, but always just extremely supportive,” McGuire said. “Every single day when I was a kid and before I’d get on the bus we were always playing catch with something. We’d dribble a basketball, throw a football, throw ice blocks…”

“Yeah, if we didn’t have a ball we’d throw ice because they were always hard to catch or throw,” said McGuire with a grin. 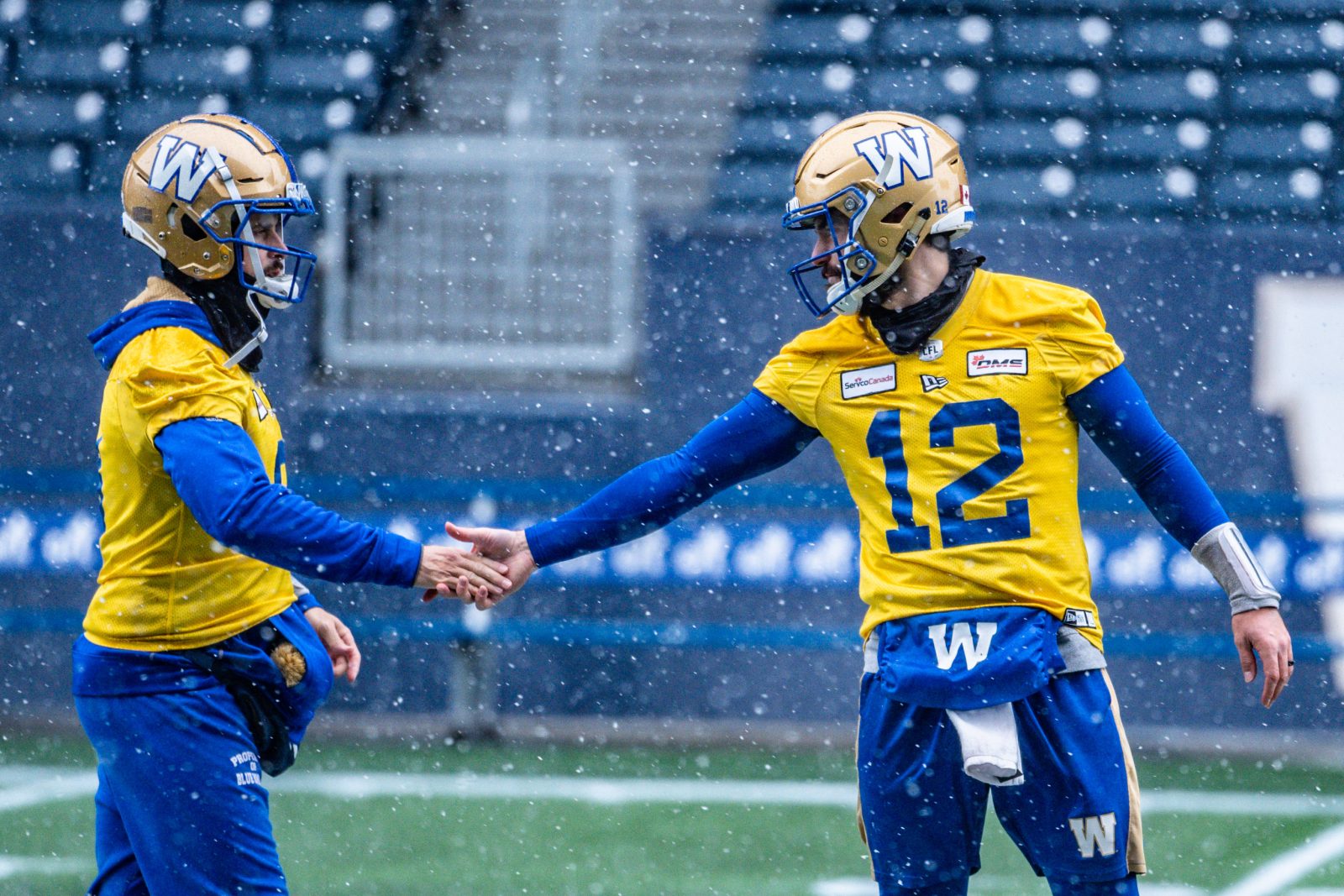 “But my dad, he was very good at what he did in his profession. A lot of it was very straightforward. Before a game he’d say, ‘You’re going to be nervous or excited, just like everybody else. Feel those things and accept them. You can’t do anything about that.’ It can sound simple, but it’s important.”

McGuire first appeared on the Bombers’ field of vision during a free agent camp in Florida in the spring of 2019. Fresh from college, he learned quickly about pressure – only a few players from that camp earned the right to attend main training camp just to earn a spot on the roster. McGuire’s physical skills were obvious instantly. But what grew on the Bombers was his command of the huddle, his ability to soak up and learn the nuances of the Canadian game. That respect grew even further this year when they saw McGuire taking that next step by teaching young receivers himself during camp.

That’s a sure sign of maturity, and there’s another recent brick that has been added to that foundation. McGuire is married now and he and his wife Olivia have a nine-month old son, Clyde.

“It’s changed my perspective a lot,” he said. “There’s been multiple times this year where I’ve had a bad day – or a great day – and I go home and my wife and kid are waiting there. I’m very, very blessed. Super lucky in that regard. It gives me a sense of peace.

“I have extreme confidence in my abilities and in our team and what I expect and what we work for every week. My family keeps all of it in perspective because there’s so much more than football.”

McGuire’s career won’t be defined by what unfolds on Saturday. A great performance won’t guarantee him stardom, just as a mediocre outing won’t be damning. What is obvious is that however his first start turns out no one will be more critical of his body of work than McGuire himself because he is passionately attacking his own growth as a quarterback.

And no one will have a better handle of the big picture perspective of it all, either. Is he ready? Heck, yeah.

“To be honest, it just feels right,” McGuire said. “It’s going to be fun. I love playing football. It’s just something I love to do.”