“However it looks, I want to win the game” 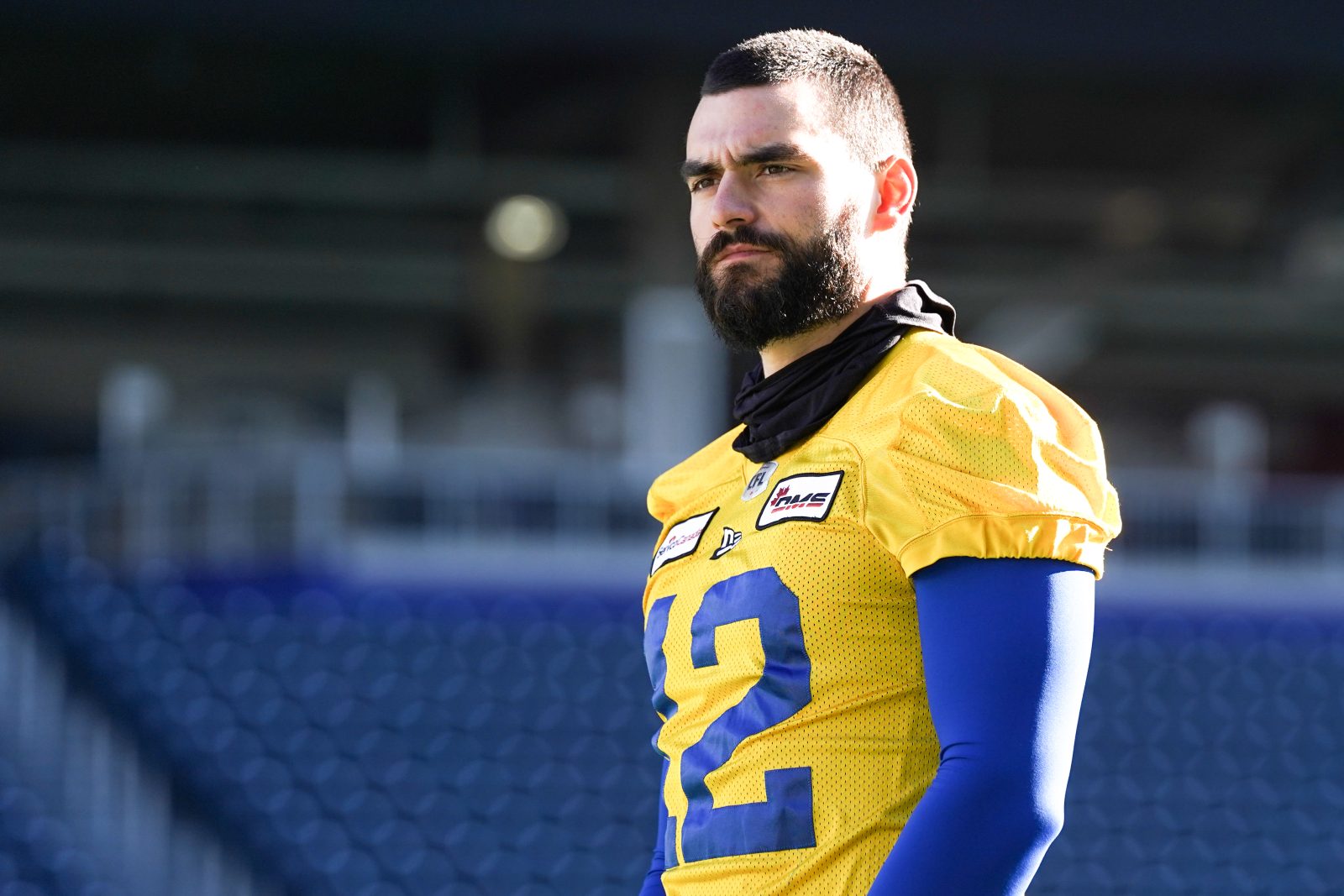 “However it looks, I want to win the game”

Sean McGuire said all the things you would expect a quarterback about to make his first start to spit out once the news was relayed to the masses. Yes, McGuire will lead the Winnipeg Blue Bombers onto the field this weekend in Montreal against the Alouettes and during his interview following practice on Wednesday, he stressed just how grateful and blessed he was for the opportunity.

Oh, and he’s also fortunate to have learned from Zach Collaros, who will get a rest as the Bombers play their second of three games that won’t impact their standing atop the Canadian Football League’s West Division. Standard, by-the-book stuff, really.

And then there was this answer to a basic question, one that offered a glimpse at his mindset and why Bomber players and coaches are so eager to see him in action. Asked what he wanted to accomplish this weekend, McGuire barely took a breath before offering this:

That’s a predictable answer, too, but those who know McGuire best will tell you it’s a response that fits his persona perfectly. Calm and easy going off the field, he’s a fiery leader on it. And while he doesn’t have many live-in game snaps, that competitiveness is on display at least once in every Bombers practice. 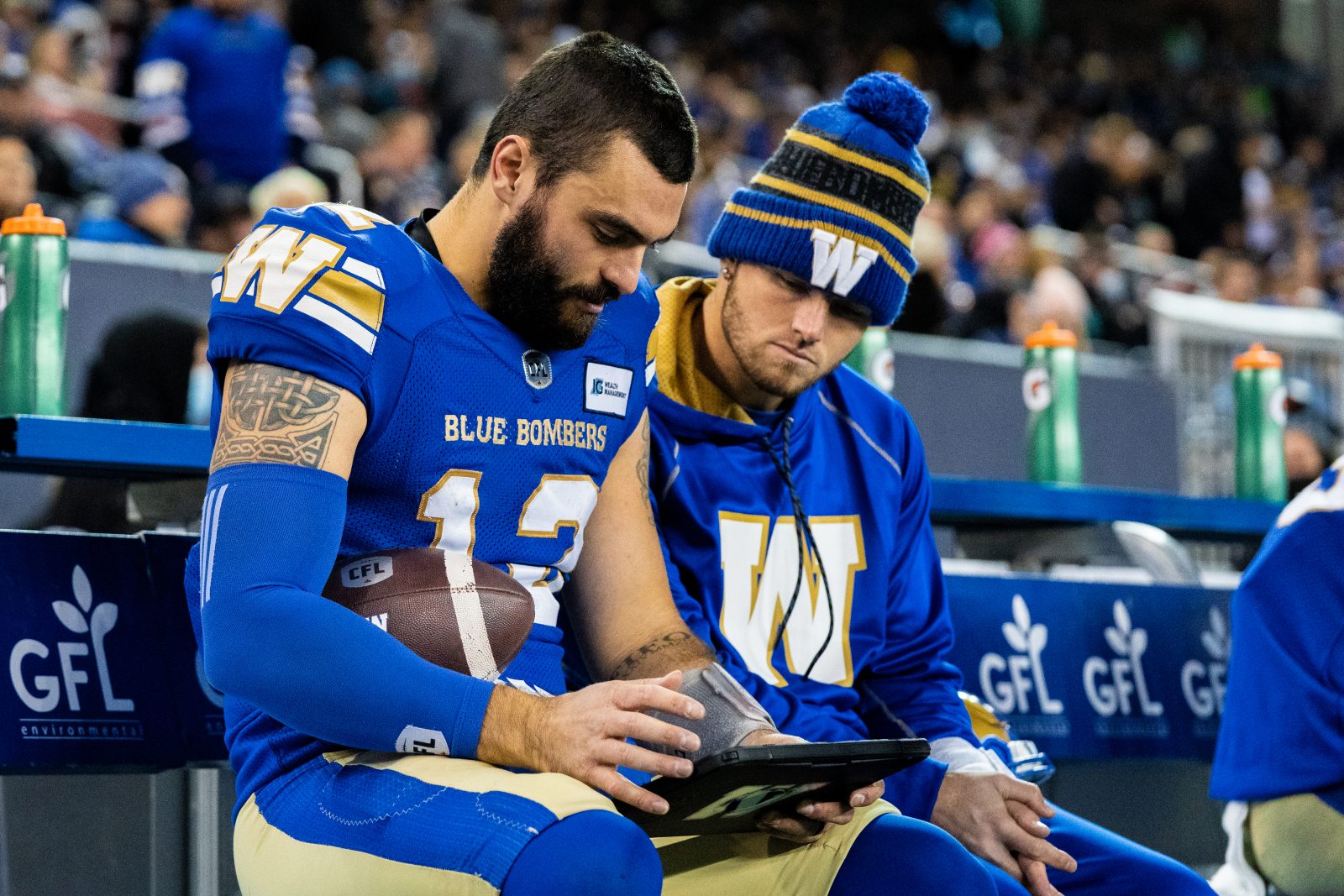 “It’s always funny, man, because us on the field is always different than us off the field,” said receiver Drew Wolitarsky. “Off the field he’s such a calm, chill guy. But when he’s out there he’s competitive. You can see that spirit in him. It’s who he is. I think it’s just part of who he is and where he’s from… it’s that chip on his shoulder. Small-town guy, Wisconsin boy… he brings that fire, man. He really genuinely loves and cares about it. You can tell that in his play.

“He will give everything for this team. I’m excited to watch him and see that come out in the game.”

There are a few factors in the decision to start McGuire. First, the club wants to ensure – as best as possible – that Zach Collaros is good to go for the next game that matters, namely the Western Final at IG Field on December 5th. Second, Collaros and his wife are expecting their second child soon. And third, the regular season finale in Calgary against the Stampeders does give the Bombers another game before their bye week to ensure players get live action before the playoffs.

“I have closely followed Zach this year and I know I’ll still continue to talk to him throughout this week and try to stick to what we do and I think if we do that, we’ll be more than okay,” McGuire said.

“Me and Zach talk a lot. Zach and I are real close and we do a lot of things together both on and off the field. He’s such a great leader, someone I can’t even tell you how much I’ve learned from him this year and even in a short stretch in 2019 when he came for the last four games. I can’t explain how much I’ve learned from him and how great of a teammate and friend he is.” 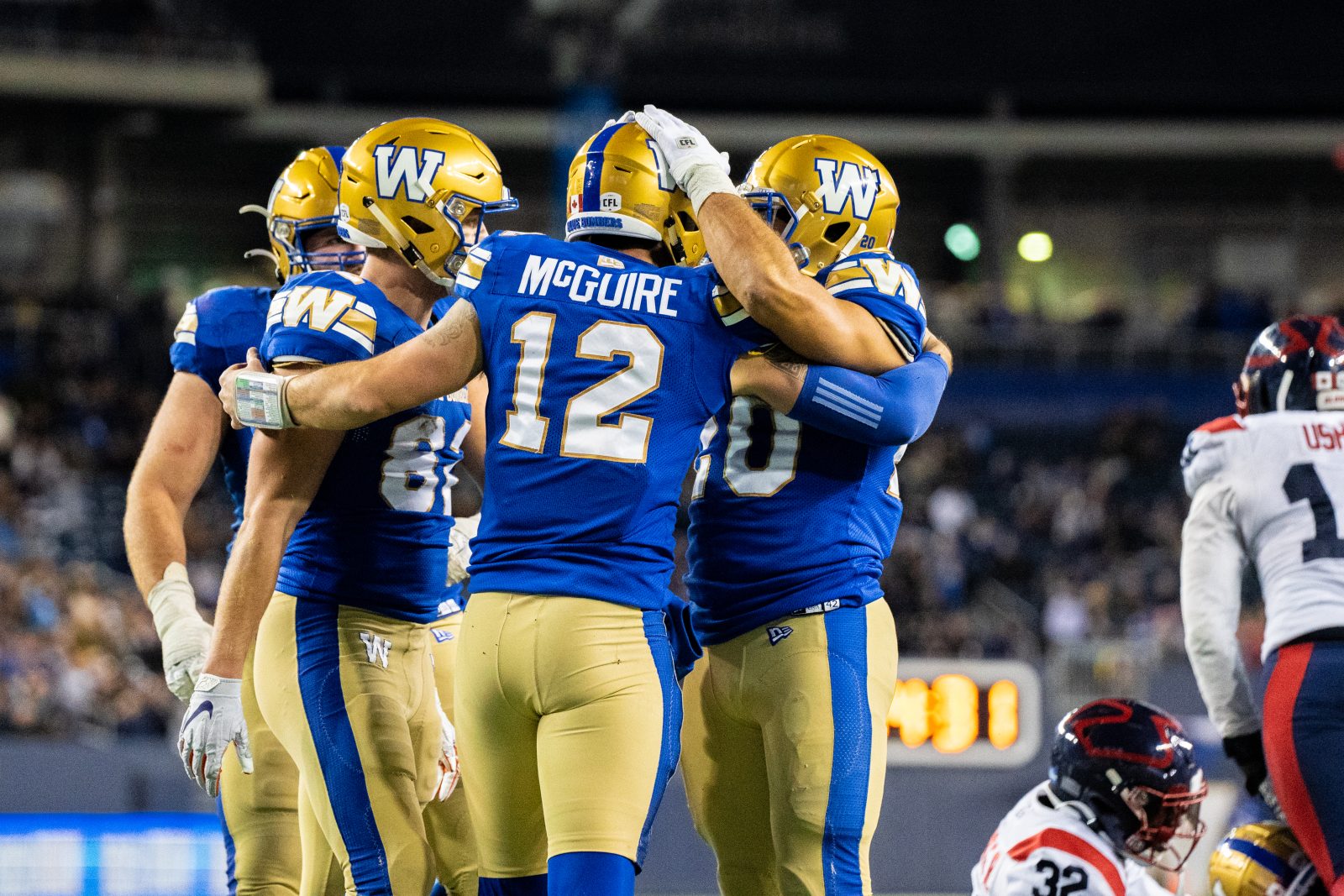 “… I’ve had lots and lots of practice reps. I’ve seen a ton of mental reps watching Zach in practice and there’s the film study that we do,” McGuire added. “Now it’s just the last thing that I haven’t done, which is take some snaps and however that looks… we’re going to go out we’re going to look to execute one play at a time and the goal is to win.”

The Bombers coaching staff has been big on McGuire since his rookie season, back in 2019. He’s morphed into the club’s short-yardage specialist after the departure of Chris Streveler to the Arizona Cardinals – McGuire leads the CFL with eight rushing TDs – but has thrown only 10 passes in two years. Still, watch any Bombers practice and what becomes clear is McGuire has that ‘it’ quality that every coach wants in a quarterback.

“To me he’s got the right demeanour,” said Bombers head coach Mike O’Shea. “He’s calm, he’s confident and the players in the huddle recognize that. He makes an effort with his teammates… you noticed it pretty quickly in training camp with him helping guys out and making sure guys are in the right spot, correcting guys as they come back to the huddle. He’s got something for a guy in terms of how he wants it to look downfield. When you’ve got all those attributes rolled into one, I mean, that’s what you need your quarterbacks to be: leaders, first and foremost.

“He’s a good athlete, he can throw. You don’t get to this point without being able to do those things. Then what sets people apart is their leadership, for one, play under duress, process quickly at game speed… those kind of things. We know he’s got a bunch of those things already wrapped up.”