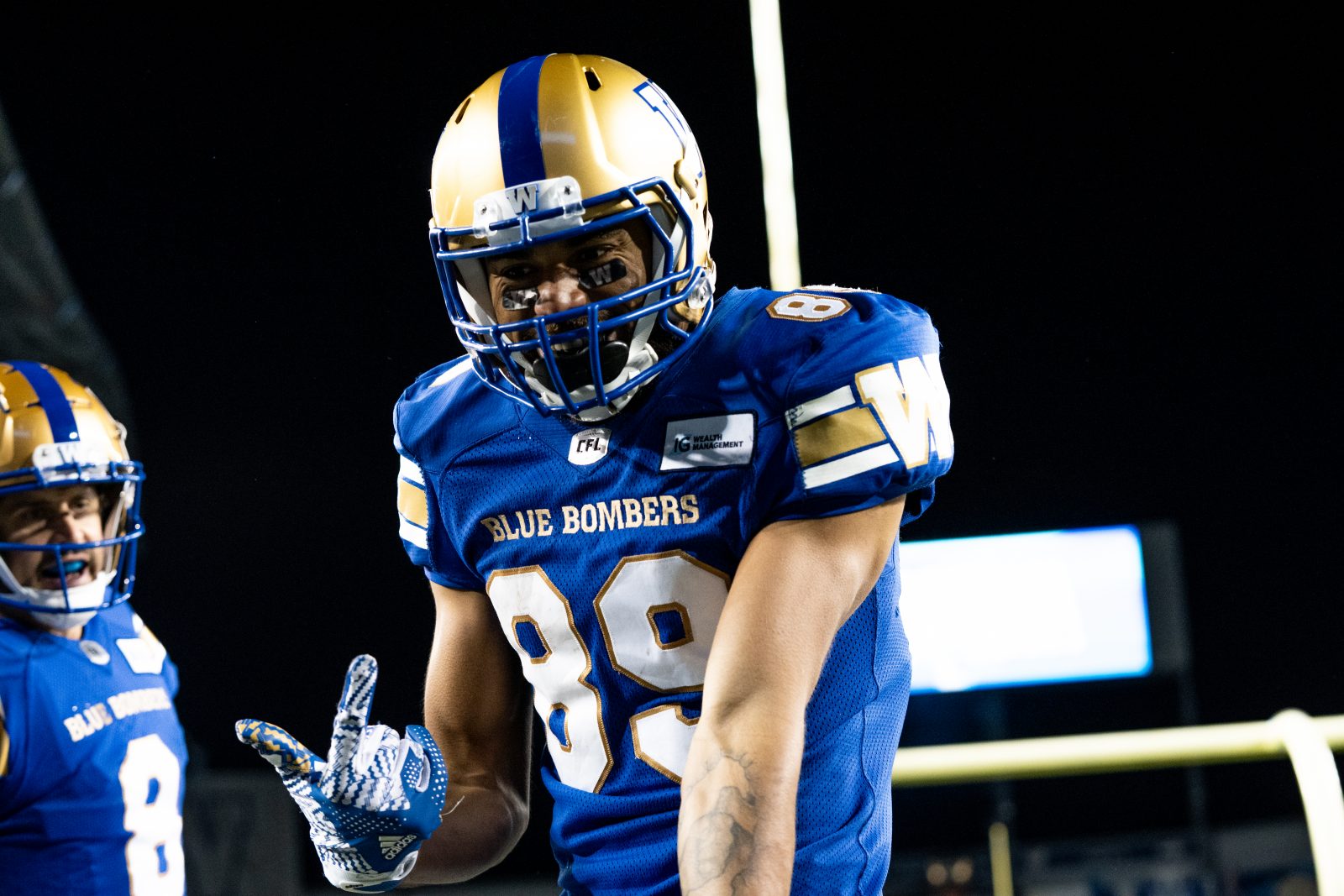 Kickoff: Saturday, 6 p.m. CDT, IG Field
Weather forecast: A mix of sun and cloud. Wind up to 15 km/h. High of 6C, low -3.
TV: TSN 1 (joined in progress on TSN 3 at 6:30 p.m.), ESPN+, BT Sport 3, Yare
Radio: 680 CJOB; Sirius XM (Canada Talks, channel 167).
BetRegal.ca odds: Blue Bombers by 11.5 points.
Streaks: Winnipeg: 7W. B.C.: 3L
Home/Road: The Bombers are 5-0 at home this season and 16-1 in their last 17 games at IG Field dating back to the fall of 2018. The Lions are 3-1 on the road 1-5 vs. the West Division this season.
Head to head: This is the second and final regular-season meeting between the two clubs this year. The Bombers knocked off the Lions 30-9 in Vancouver back on October 1st. The Bombers have won three straight vs. B.C. and are 7-3 in their last 10 against their West Division foes.
Playoff scenarios: A win by the Bombers and they clinch first place in the West Division. The Bombers can also clinch a home playoff game if they lose and Saskatchewan loses later on Saturday in their game against Calgary, or if they lose by less than 21 points and the Stampeders also lose.
“We’re not really talking about it that much,” said quarterback Zach Collaros of possibly finishing first. “There’s a lot of season left, a lot of football left to be played, so we want to continue to get better as the weeks go on.” 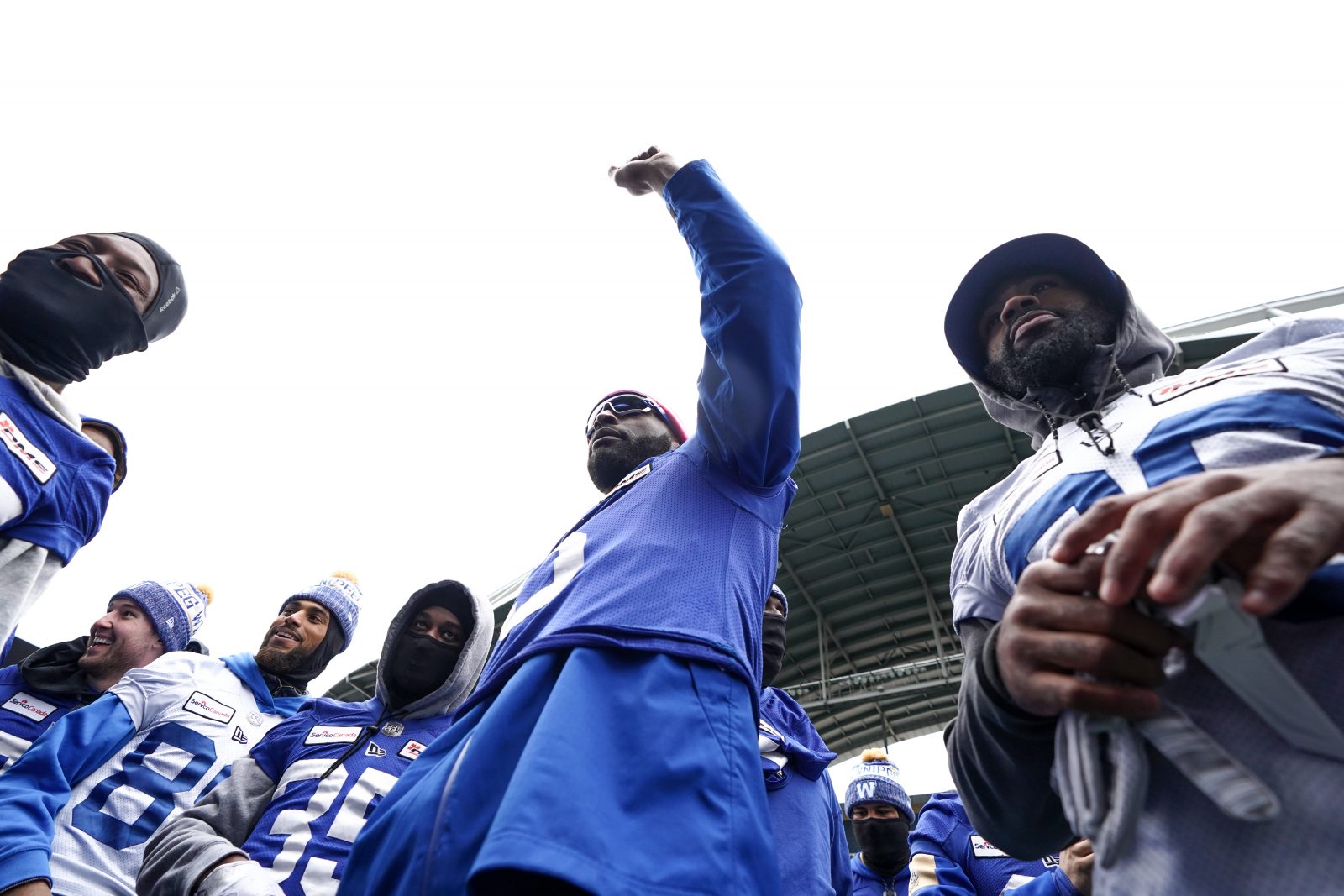 The Bombers have made two roster changes for this week. Coming on to the roster are OL Jermarcus Hardrick and LB Robbie Lowes; off are RB Andrew Harris and LB Jontrell Rocquemore. Hardrick is listed behind Pat Neufeld at right tackle, with Brady Oliveira started for Harris, who was moved to the six-game injured list.

“We’ve done that several times before, even if we don’t believe the injury is going to be that long,” said Bombers head coach Mike O’Shea on Friday. “It’s part of the business side and you have to protect yourself in that regard and you can always pull him off (the injured list). I’m sure it’s being accounted for as a possible one-game (stay on the list) anyway in terms of how we allocate the funds. But it makes sense to put a guy on that, that’s the way the majority of teams do it, and then they pull games off (the list).” 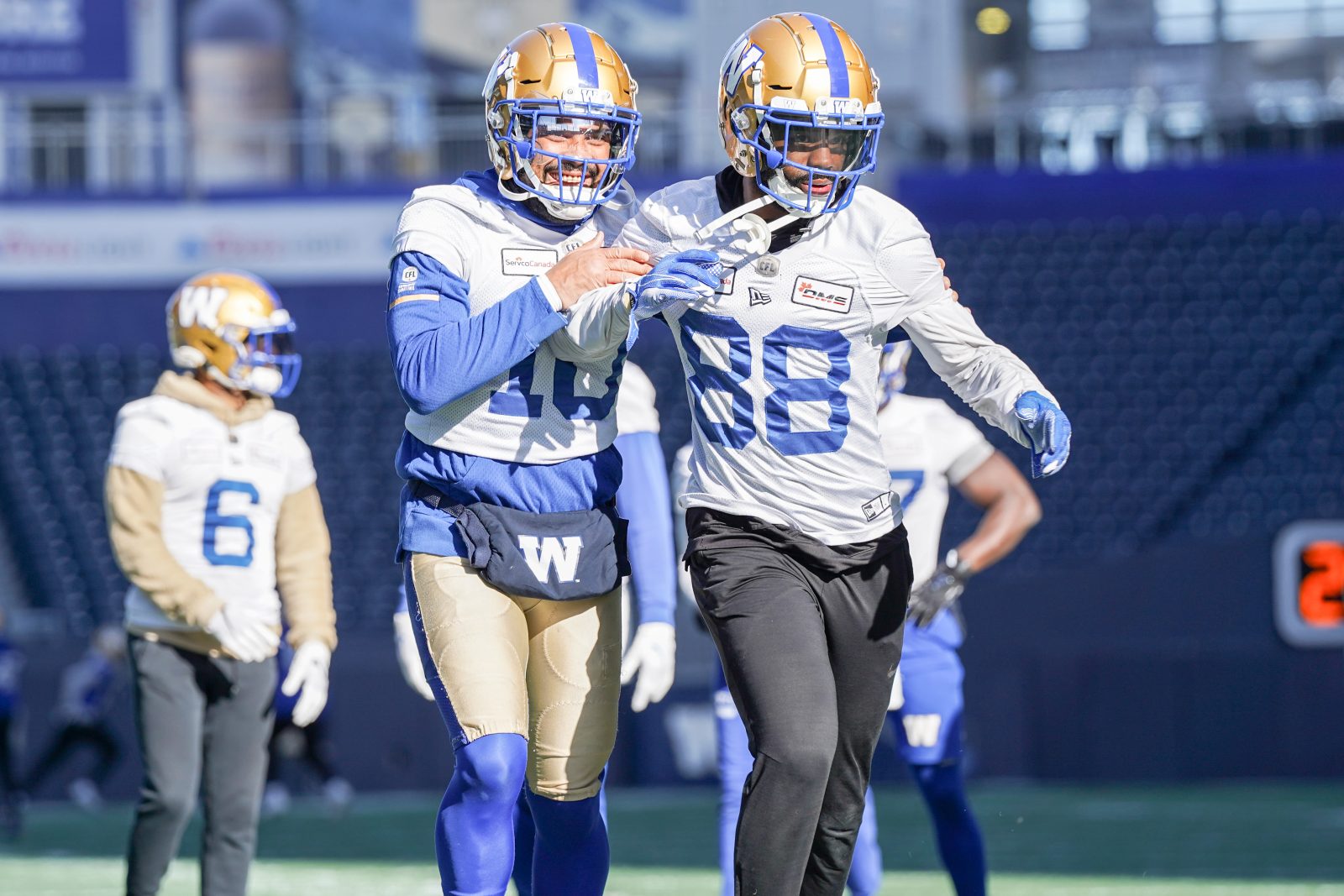 #32 Deatrick Nichols, DB: There’s a lot to like with the first-year Bomber. He’s one of nine players – including teammate DeAundre Alford – tied for the CFL lead with nine interceptions. He’s also an exceptional tackler and has been solid since opening night.

#1 Darvin Adams, WR: This is when the veteran receiver usually finds another gear – when the temperature drops and the stakes get higher. That said, Adams has just four catches for 40 yards in his last three games.

#94 Jackson Jeffcoat, DE: He’s tied for the CFL lead with seven QB sacks and has added a league-best four forced fumbles. Read more about Jeffcoat’s season, his work ethic and his comfort level with the Bombers here.

#20 Brady Oliveira, RB: Came out of the bullpen when Andrew Harris went down last week in Edmonton and cranked out 105 yards in relief. He’s a north-south runner, just like Harris, who can punish defences.

“I’m still fired up. Any time I have the opportunity to go out there and just step on the field… looking back to my injury in 2019, you take things for granted,” said Oliveira. “So now whenever I step on the field I’m truly blessed and grateful for another opportunity at football, whether that’s the last couple weeks being on the sideline and watching Andrew play and getting my mental reps there, or playing special teams or getting in and playing some running back, I’m always fired up for the opportunity to play the game I love.

“But for me to have another opportunity to start in a home game in front of my family and friends, it’s obviously always going to be a special feeling for me. I’m fired up. I’m amped up and ready to go (Saturday) night and run that rock.” 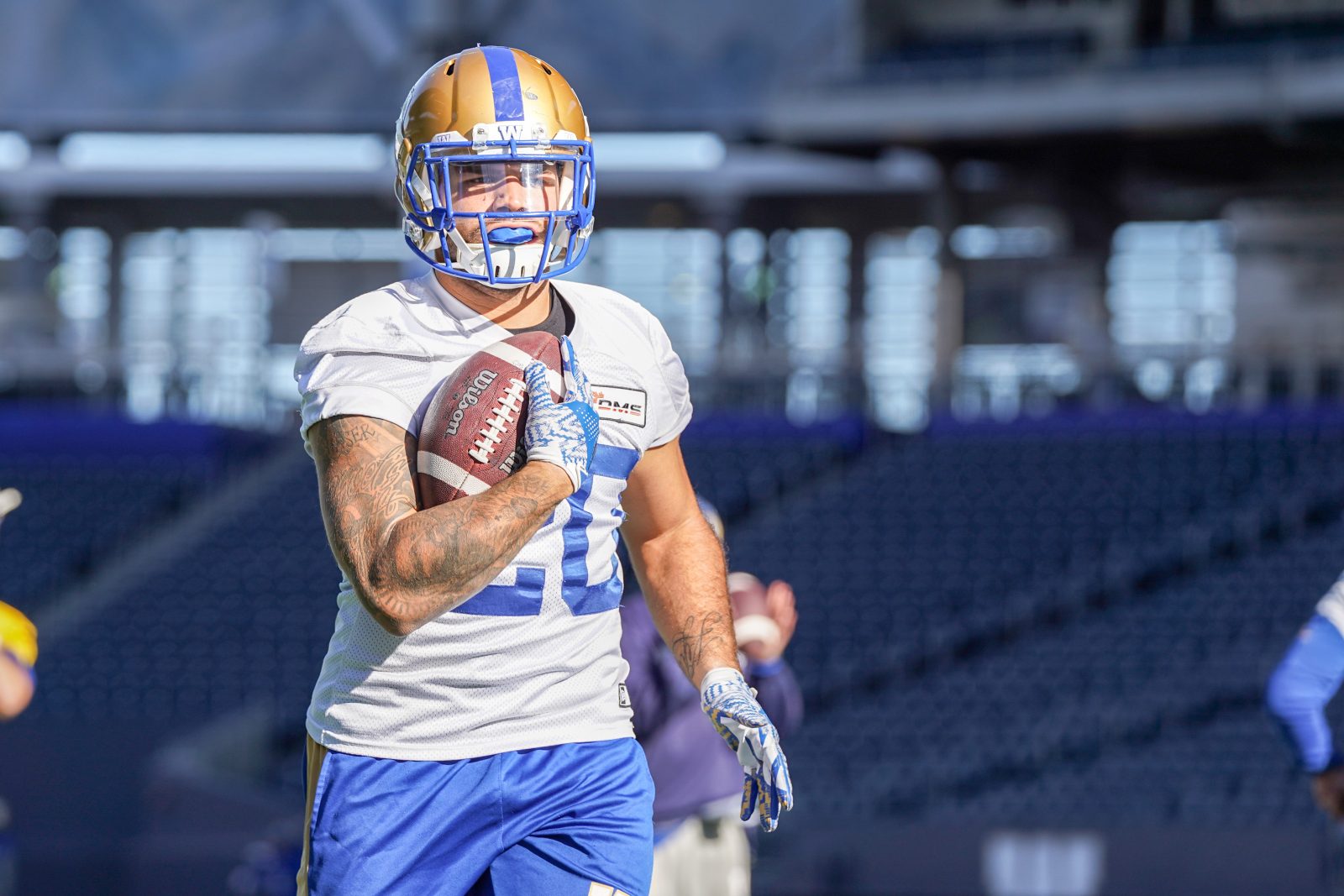 The Bombers are looking for their eighth straight victory. The last time they won eight in a row was over a stretch from October 6, 2002-July 10, 2003 – when the club cranked out nine straight wins.

The Bombers have not allowed a fourth-quarter point in eight of their 10 games this season, out-scoring teams 91-6 in the process in the final 15 minutes all year. 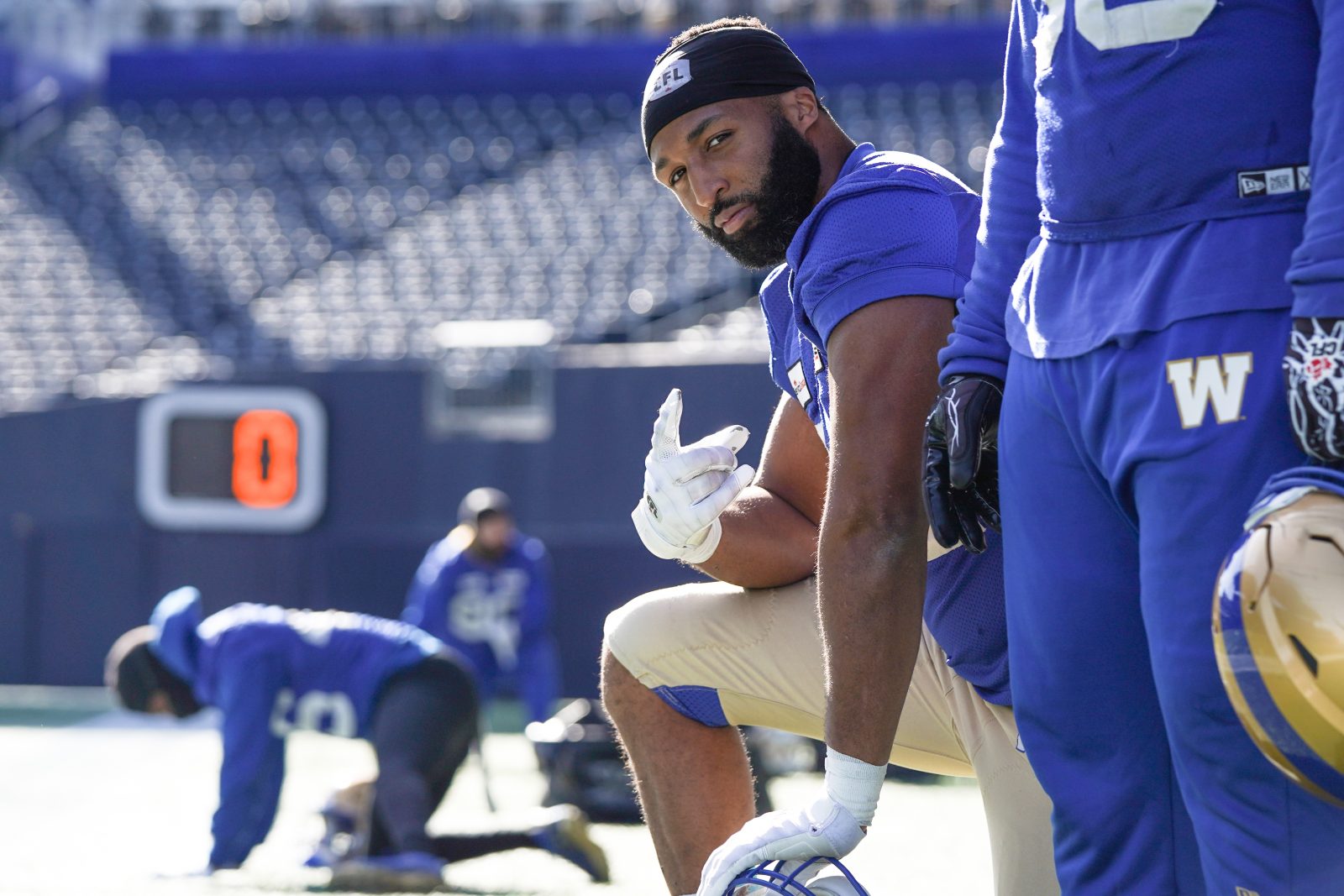