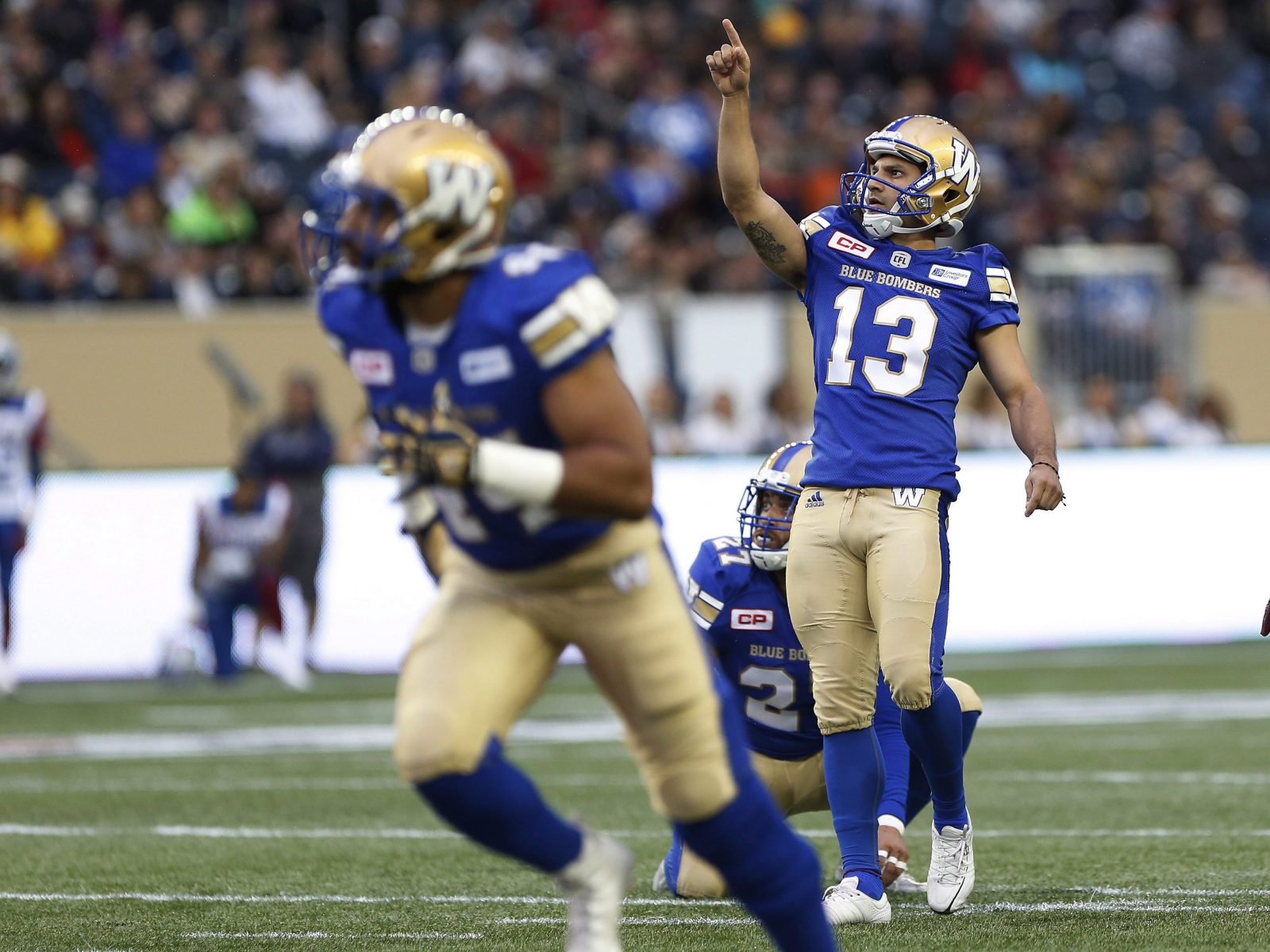 Winnipeg Blue Bombers' Sergio Castillo (13) celebrates a field goal against the Montreal Alouettes during the first half of pre-season CFL action in Winnipeg Wednesday, June 8, 2016. THE CANADIAN PRESS/John Woods

The Winnipeg Blue Bombers have taken a swing at addressing the one spot on their depth chart still circled in red and surrounded by question marks. Check that… they didn’t just take a swing at addressing it, they’ve actually crushed a fastball into the upper deck by acquiring 2019 Canadian Football League All-Star placekicker Sergio Castillo in a deal with the B.C. Lions.

To land Castillo the Bombers sent a conditional fourth-round selection in the 2022 CFL Draft to the Lions, who held his rights even after he opted to pursue opportunities in the National Football League. The club also added another kicker in Gabriel Ferraro, who went 7-of-9 in five games with the Saskatchewan Roughriders in 2019 while Brett Lauther was injured.

“I know Sergio is a very good kicker; we’ve had him here before,” said Bombers head coach Mike O’Shea. “I know he’s a fit. The last time he stepped on a CFL field he was kicking at 90-plus percent and made some 50s (50 yarders). We’ve got different options now and we’ll make the best decisions as we go forward when those decisions need to be made.” 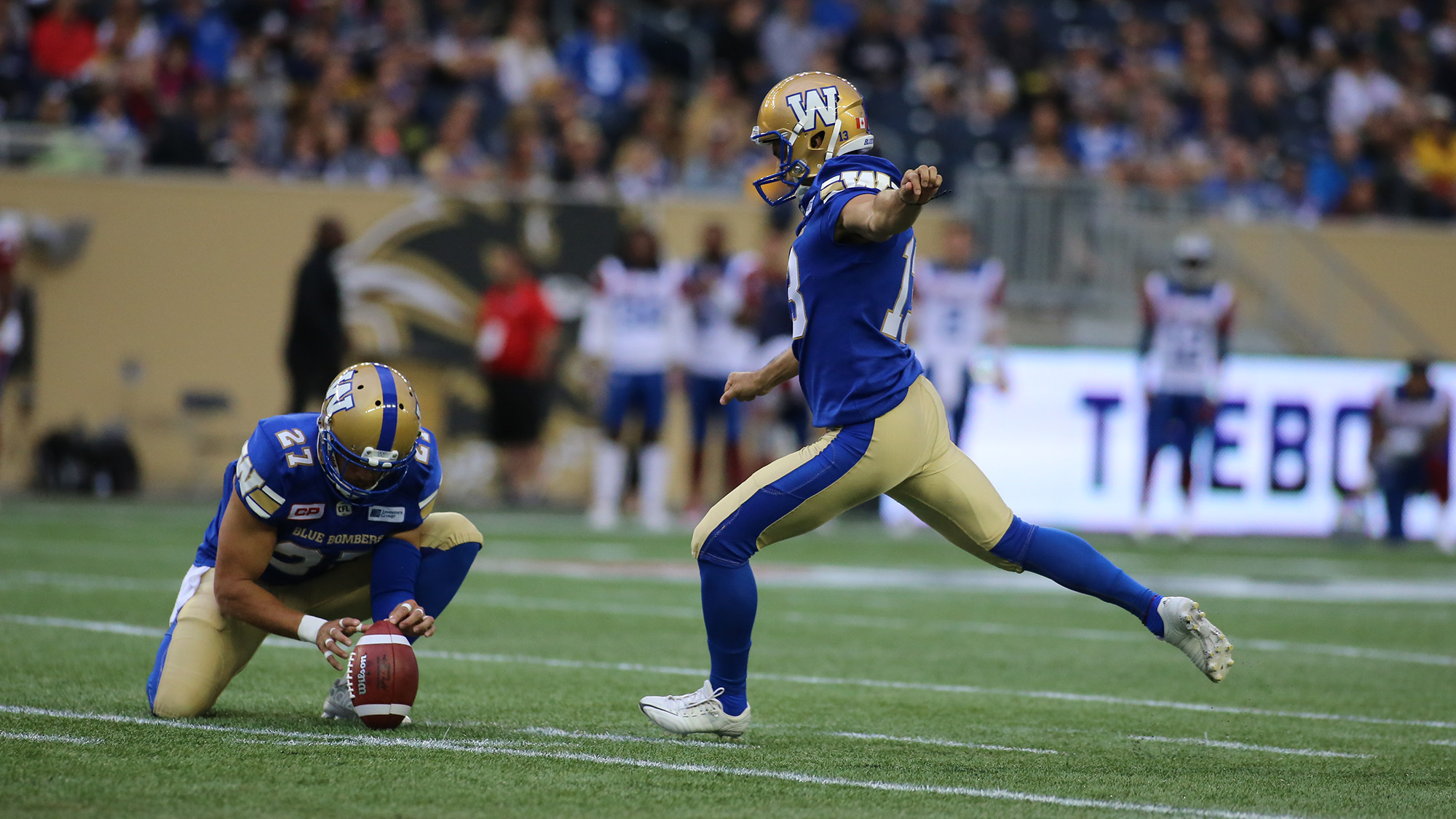 The Bombers now do have some options after working for weeks on efforts to upgrade the kicking position while Tyler Crapigna (3-of-5), Marc Liegghio (5-of-8) and Ali Mourtada (8-of-15) combined to go 16-of-28 this season on field goal attempts, with the 57.1 percent success rate the lowest in the CFL. Mourtada, who was 4-of-5 in his field goal attempts in last week’s win over the Edmonton Elks, will kick in Saturday’s game against the B.C. Lions, with Castillo expected to join the club during or after next week’s bye.

“I let (the kickers) know this is the business side of this transaction and Ali’s going to go out and have a great game,” said O’Shea on how he addressed the Castillo trade and Ferraro signing with his current kicker. “That’s the expectation and that’s his expectation of himself, too. He can’t control that, he can only control how he plays and I’m sure he’ll go out and have a great game.”

Yet in landing Castillo, who has 38 CFL games over four seasons on his resumé, beginning in Winnipeg in 2015, the Bombers have taken some of the mystery – and the concern – out of the equation.

The 30-year-old product of La Joya, Texas was last in training camp with the Tennessee Titans this summer after kicking in seven games with the New York Jets in 2020, going 8-of-13 down south, including hitting a 55-yarder. He was 41-of-45 in B.C. in 2019, or 91.1 percent, and hit five field goals covering 50 yards or longer. Castillo’s career CFL field goal percentage is a sparkling 87.0. Castillo also handled the punting chores in B.C. for the first four of games in 2019 before the Lions signed Josh Bartel, averaging 40.1 yards on 20 punts. 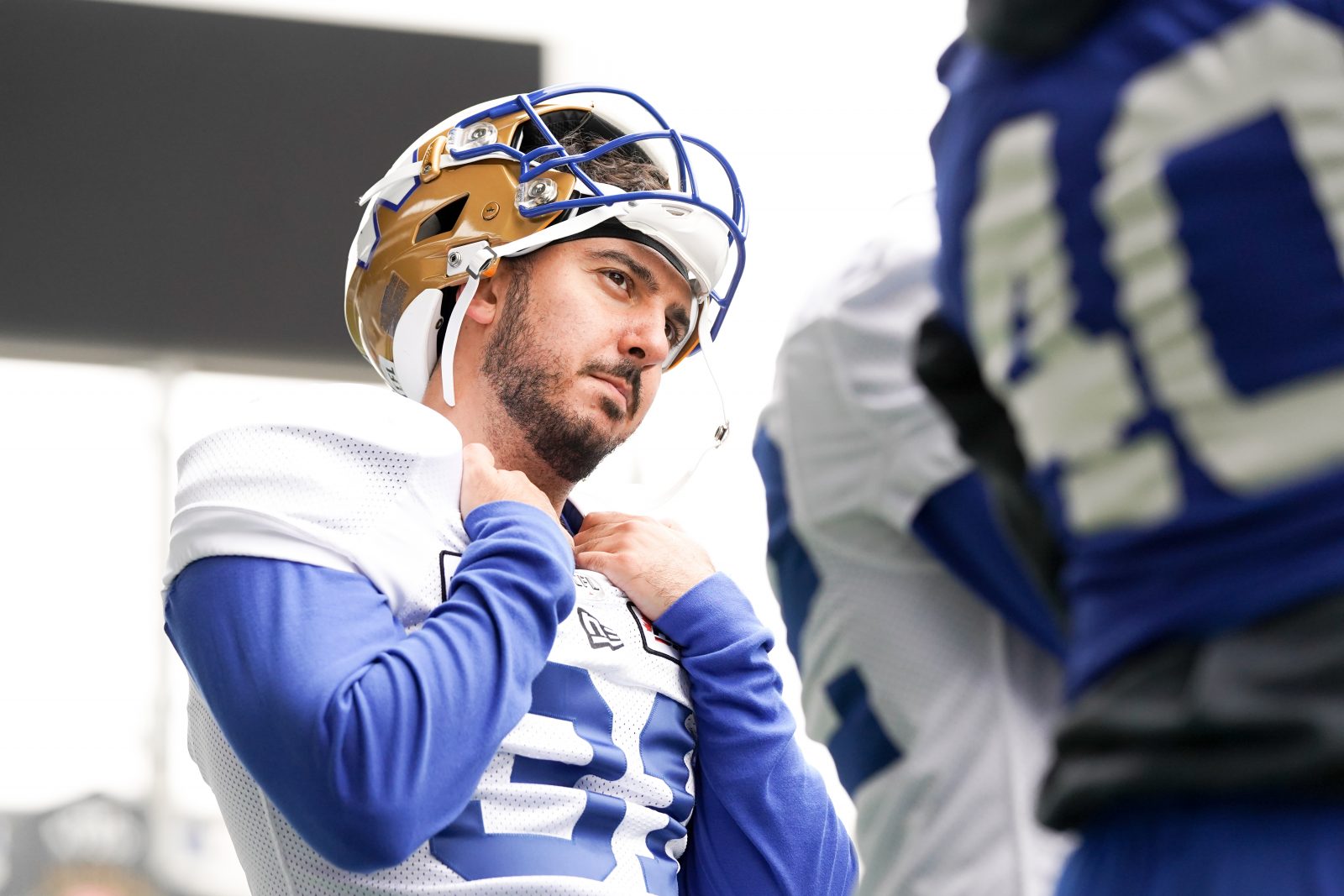 “I know he can do all three (placekick, punt and kickoff), but we’ll evaluate that as we go forward,” said O’Shea.

Castillo made his CFL debut as a Bomber in October of 2015, making all five of his attempts in his first game. He finished the year going 10-of-13 and was on the practice roster for a chunk of 2016 even after the Bombers had signed Justin Medlock in free agency. All of this, of course, doesn’t change what’s right in front of Mourtada this weekend. With a win the Bombers would finish first in the West Division and Mourtada is looking to build on his work after last week’s showing in Edmonton.

“I don’t spend much time thinking about that, that’s kind of out of my pay grade,” said Mourtada of the Bombers adding Castillo and Ferraro. “There are guys that are part of this organization that are here to make those decisions. I’m here to kick a football. So, all my energy is focused in on that process day by day. It’s kind of head down and do what I’ve got to do. There’s only a certain amount of energy that you have, so if you spend too much time thinking about other things, you can’t get what you need to get done.”