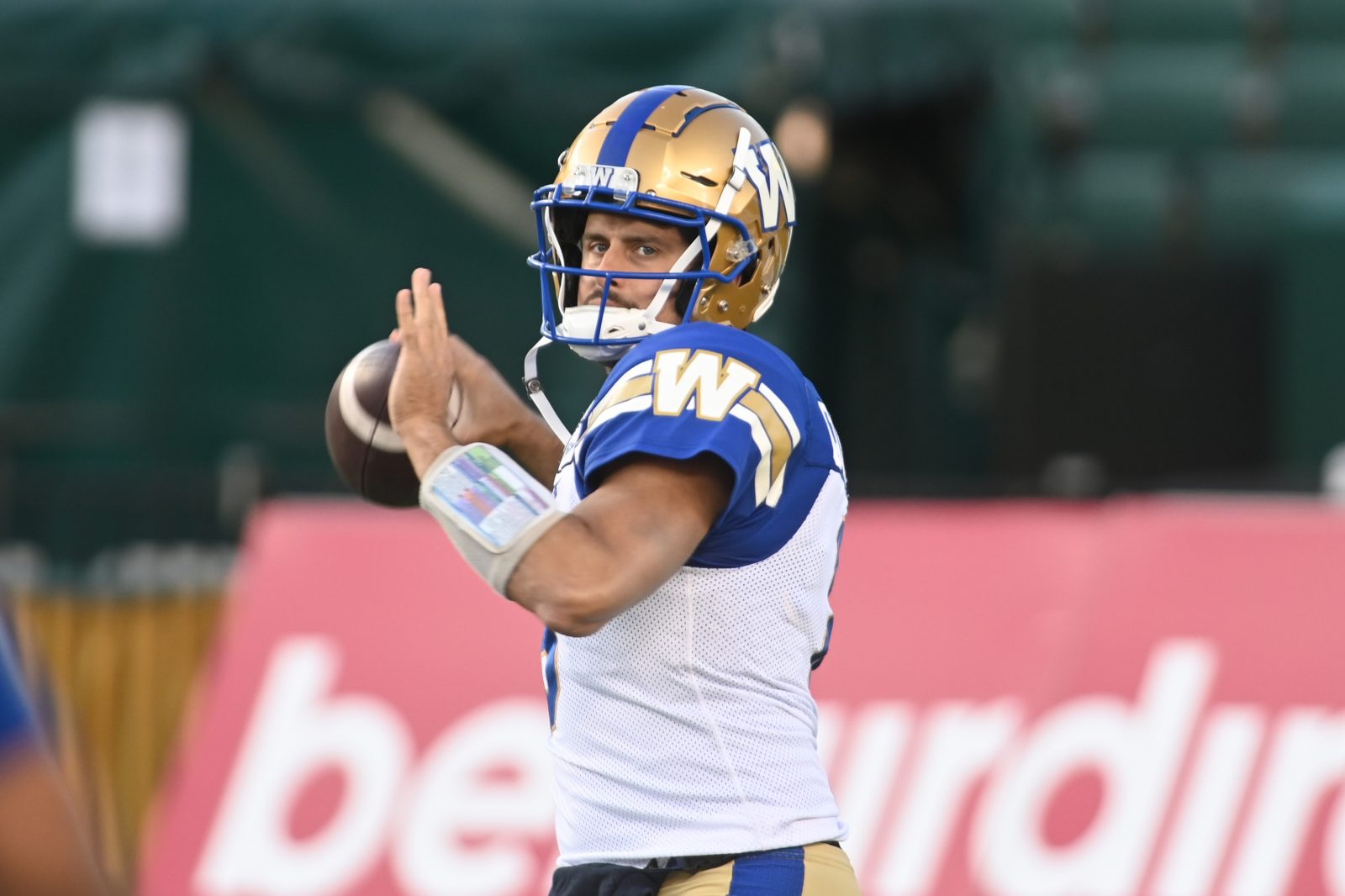 We’re in rarified air right now with the Winnipeg Blue Bombers having posted the franchise’s best won-lost record through 10 games in some 61 years.

Winnipeg’s 26-16 victory over the Edmonton Elks Friday night in northern Alberta was the club’s ninth in 10 games. And, just for the record, only the 1960 squad which went 10-0 to open that season has posted a better number than this current bunch. It’s true that Friday’s victory wasn’t without its warts for the victors, many of which they were willing to point out themselves late Friday as needing more attention ASAP.

That’s what good teams do, after all, and in winning for the 13th time in the last 14 games – including the 2019 Grey Cup playoff run – the Bombers’ weekly process involves enjoying the victories in the moment and then rolling up their collective sleeves to look under the hood.

“It’s not going to be screaming and yelling, it never is,” explained Bombers head coach Mike O’Shea after the game when asked how he and his staff will react to what was a sloppy win. “You just show the film and trust that the coaching is going to get done.

“The win helps you coach them hard, but I really think at this point of the season they don’t need to be coached hard, they understand they didn’t play to the standard that they should be playing at.” 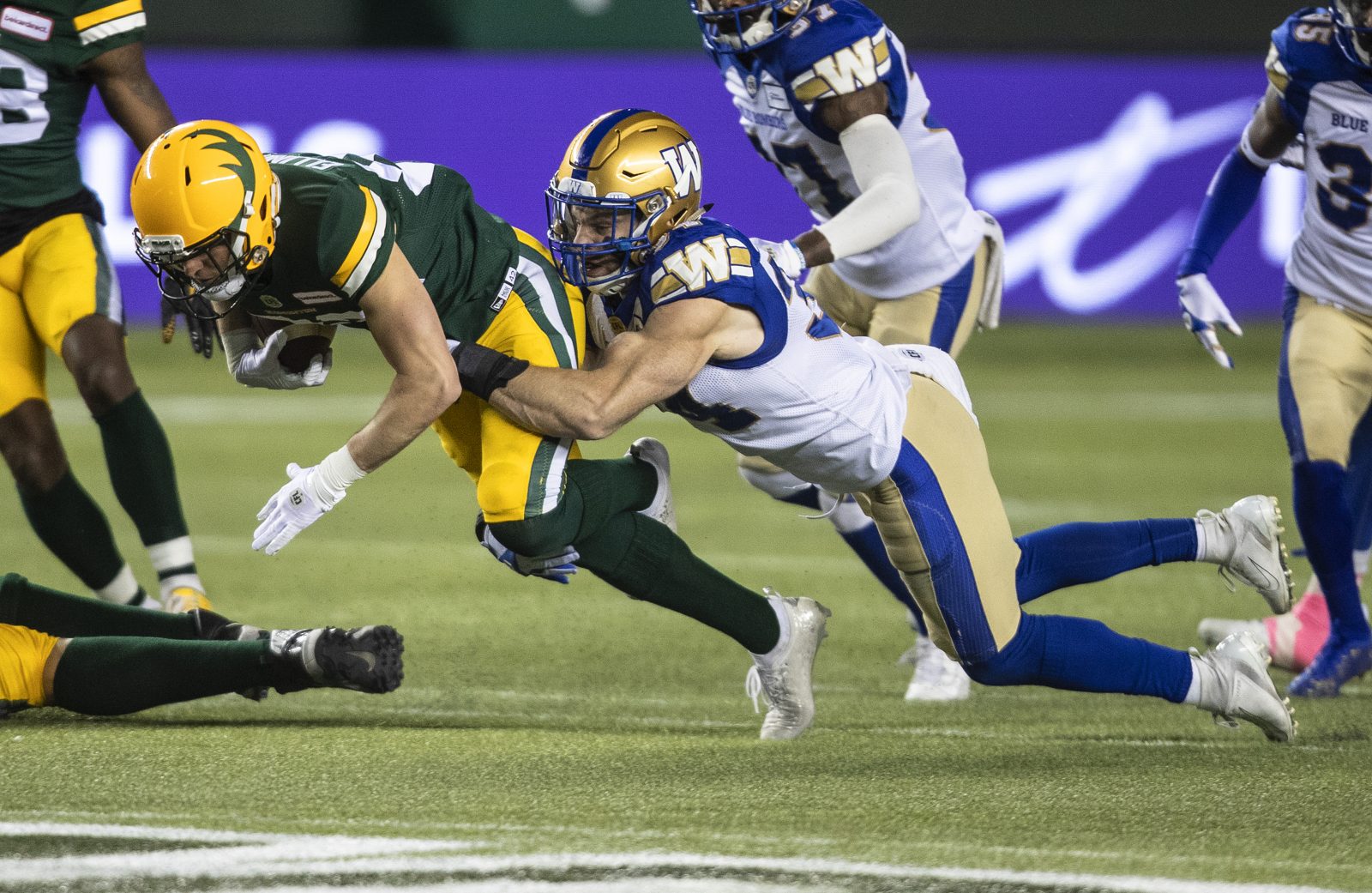 Much of all this comes as result of the Bombers working to retain so many veterans from the 2019 championship. This team has a weekly routine that has been honed to near perfection. There’s also an understanding that – as both Rasheed Bailey and Zach Collaros said in our game recap – the wins aren’t always going to be masterpieces and occasionally a team simply needs to get in and out of foreign territory with a result and worry about the details later.

In many ways that live-in-the-moment approach was captured perfectly as the Bombers charter flew home through the night after the game. A relatively quiet flight was brought to life around 2 a.m. – might have been 3 a.m. – when Willie Jefferson hopped on the plane’s intercom and sang ‘Happy Birthday’ to linebacker Adam Bighill – with several teammates joining in – and wrapped it up with ‘We love you, Biggie.’

Several hours later they were back in their locker room getting treatment and back again Sunday morning for COVID-19 testing and meetings. Punch the clock. Get a win. Rinse and repeat – just as the Bombers did in their third win over the Elks in a month.

“When you play a team three times you pick up on tendencies and all types of stuff like that,” added Bailey. “It was definitely hard fought. This was a test that, as a team, we needed. We’re going to learn from it, we’re going to get better.”

WHEN THE BOMBERS RETURN TO PRACTICE ON TUESDAY… all eyes will be on running back Andrew Harris, after he didn’t finish Friday’s loss after suffering a leg injury of some sort.

Even then, no matter what is listed on the daily injury report it’s unlikely his status will be official right up until the depth chart is released on Friday – the day before Saturday’s home date with the B.C. Lions.

Harris had been rocketing up the rushing list in seeking his fourth consecutive rushing title and had six carries for 39 yards against the Elks before being injured, boosting his totals to 623 yards in seven games. He still ranks third, behind Montreal’s William Stanback (677) and James Wilder, Jr. of the Elks (675).

The silver lining here is if Harris can’t go the Bombers look to have a solid No. 2 in Brady Oliveira. The Winnipegger rushed 16 times for 105 yards in about 33 minutes of work after the injury to Harris. It was his second 100-yard rushing effort this season and now gives him 300 yards even this year, eighth best in the CFL.

“I’ve been a backup before,” said quarterback Zach Collaros. “It’s not easy standing around on the sideline, not playing however many games in a row and staying ready when your number’s called. It’s a testament to his dedication, to the team and the guys next to him. He made the most of his opportunity. He’s a great player, and he’ll continue to get better.”

MOST FOLKS ARE GOING TO NEED MORE EVIDENCE… to be convinced the Bombers placekicking woes have been resolved, but the work of Ali Mourtada in Friday’s win should have everyone stepping away from the panic button for a spell.

Mourtada hit from 37, 27, 43 and 24, but did miss from 44 and was also penalized for an illegal kickoff out of bounds. He’s now eight-of-15 this season in the field goal department

“I thought he kicked well,” said O’Shea. “He worked hard during the week. Obviously when he spoke to (the media) earlier in the week he wasn’t happy, nor should he have been. But he did what a pro does. He changed up a couple of things he was needing to work on and seems to have figured it out. It’s a pretty pleasing day for him. I think his teammates are happy for him. I know he’s pleased, but not satisfied. He’ll keep working and making sure he’s cementing his process so that he can repeat those performances. I thought he was pretty damn good.” 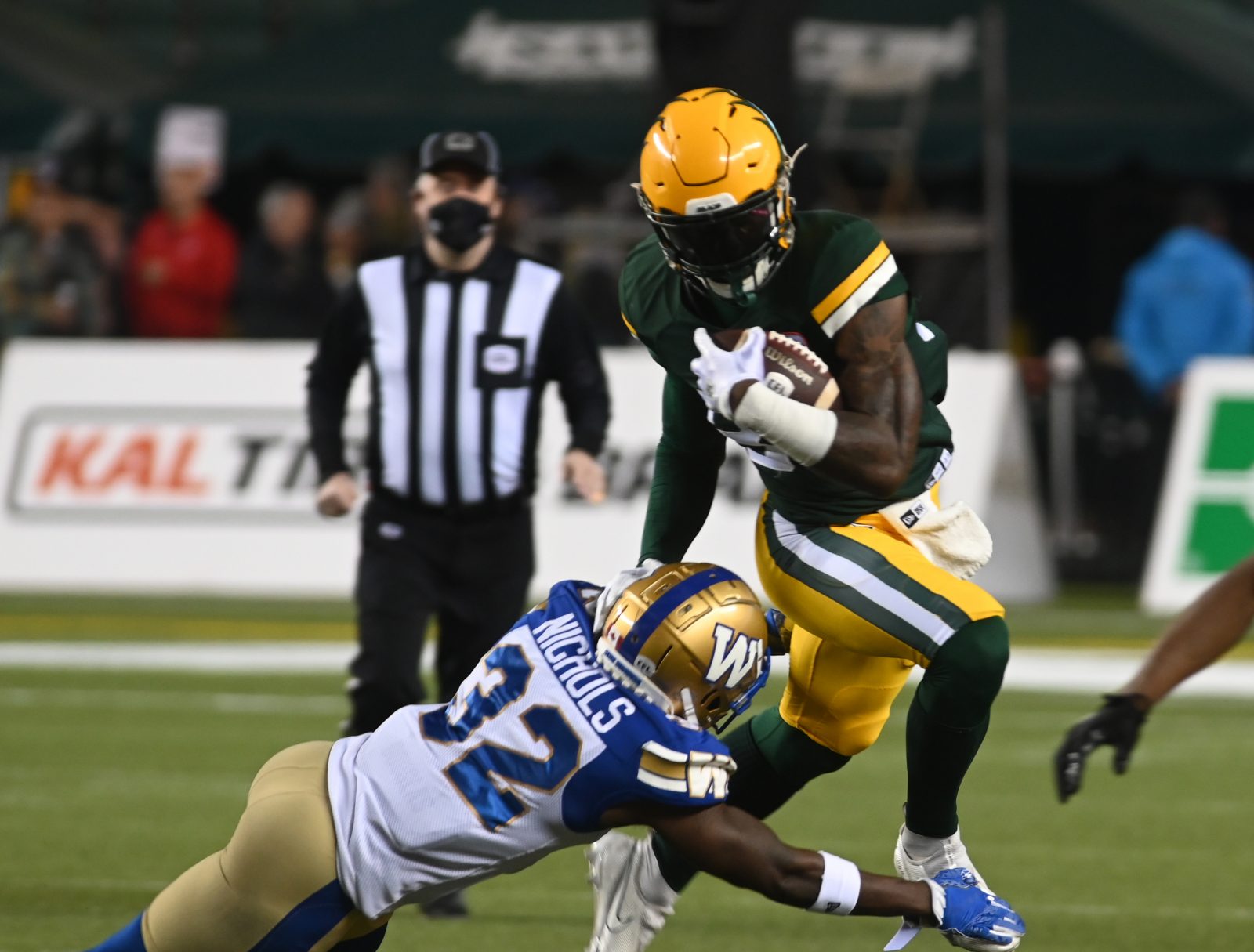 MOURTADA’S WORK WAS PART OF… a solid night for the special teams, which got a punt block from Jesse Briggs that led to a field goal and big return on a punt as Janarion Grant fielded a kick and then threw across field to DeAundre Alford, all part of a 41-yard return that helped flip the field.

Those two plays helped provide a spark for an offence that was having difficulty finding some traction early. The Grant-to-Alford lateral came with Grant fielding the punt near the left sidelines and because he is left handed, the ensuing throw across the field to the right was brilliantly planned.

“Bou (Special teams coordinator Paul Boudreau) does a great job of watching a lot of film and paying attention to what they’re doing in game and prepping these guys for opportunities and that opportunity came up and they took advantage of it,” said O’Shea.

“We blocked a punt, too. I thought special teams, especially early on, was a real spark for us and kept us in a see-saw battle there by giving us field position with those two plays was fantastic.

“This is good for the special teams, right? They’ve been much maligned all year. They took advantage of some real good planning by Bou and executed Bou’s plan pretty damn well. It was nice to see for them. They’ll enjoy the film, that’s for sure.”

THE BOMBERS’ WORK IN THE FOURTH QUARTER… this year is best represented by the points for and against: 91-6. Winnipeg shut out the Elks in the final 15 minutes and has still only yielded two field goals in the fourth quarter all year. The Bombers have now gone three games in a row without surrendering a point in the fourth quarter.

“As the defence we go out there and try to amp up the intensity, try to get some takeaways not just get two and outs. We don’t want field goals or singles or touchdowns. We’re trying to stick to the no-points in the fourth quarter and just play hard Winnipeg football in the fourth quarter so that we can come out on top.”

The Bombers are now surrendering just 0.6 points per fourth quarter. The CFL record for lowest average points in the fourth is 1.75, set in 1969 by the Calgary Stampeders.

AND, FINALLY… with one more win the Bombers will lock up first place in the West Division, marking just the third time the club would do so dating back to 2001 – and including 2011 – both of those occasions coming as members of the East Division. FYI, The Bombers haven’t hosted a West Division Final since 1972.