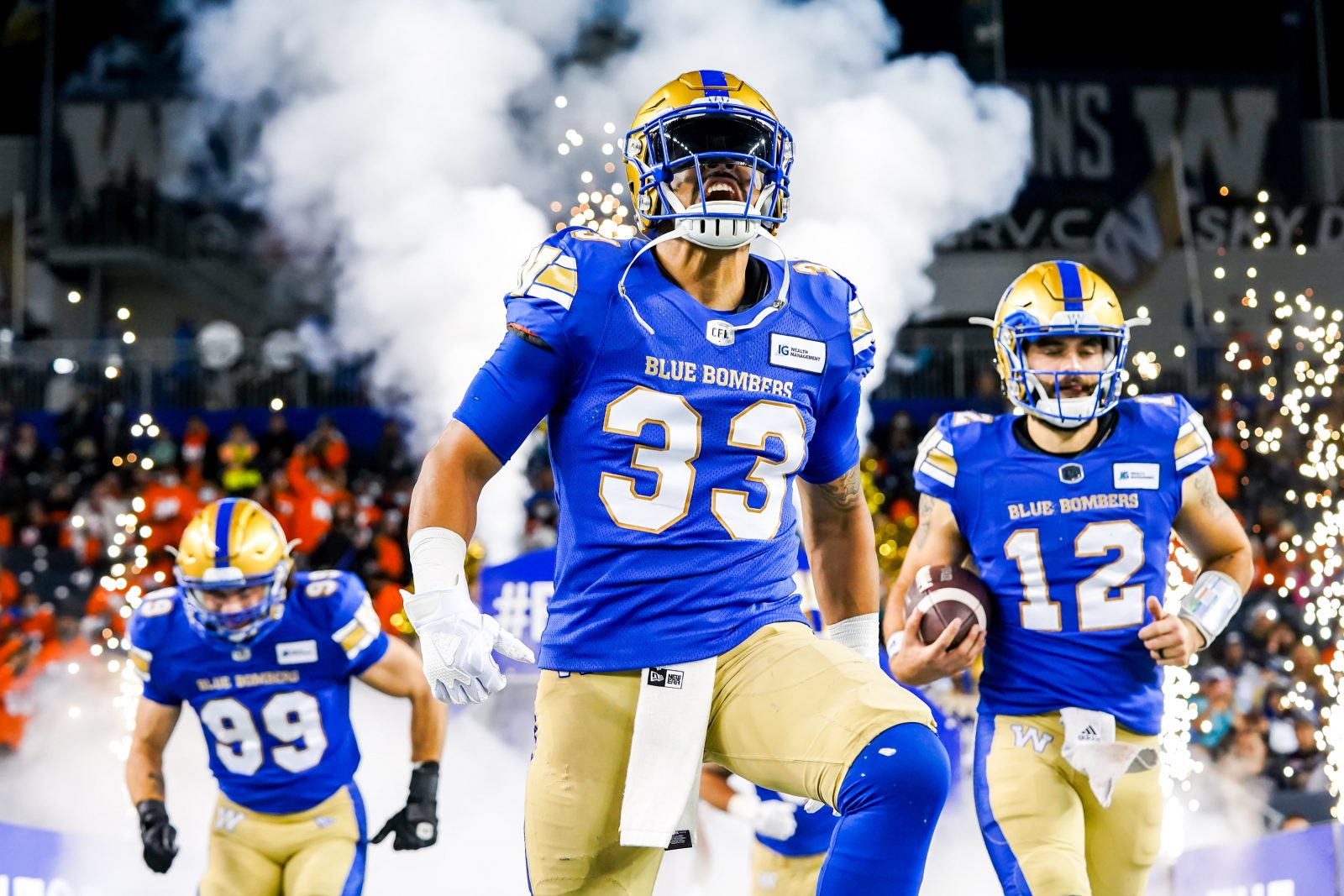 3 Quick Hits from Wednesday: Day 2 of the Blue Bombers practice week leading up to Friday’s meeting against the Elks in Edmonton:

1. HARRIS SALUTED: It’s a script that never gets old — Andrew Harris grinding out yards behind the Bombers dominant offensive line. He did it again in last week’s win over the Edmonton Elks, rushing 24 times for 150 yards and a pair of TDs. That earned him a nod from the CFL as one of the league’s Top Performers for Week 10.

We pointed out on Monday that Harris has moved into third spot among the CFL’s rushing leaders with 584 yards, behind Montreal’s William Stanback (677 yards) and James Wilder, Jr. of the Elks (631 yards).
It was the first 100-yard game for Harris this year and 15th in the regular season during his days as a Bomber — 17th if you include the 2018 West Semifinal and 2019 Grey Cup.

2. INJURY REPORT: The Bombers first open-to-the-media practice of the week had Pat Neufeld at RT with Jermarcus Hardrick watching from the sidelines. Hardrick was injured in last week’s win over Edmonton, with Neufeld moving to right tackle and Tui Eli sliding into the right guard spot and that’s how the unit looked on Wednesday.

Neufeld does have experience playing tackle if that’s the option the club goes to Friday.
“I’ve taken so many reps at tackle throughout my career that it’s not a huge transition for me,” said Neufeld. “If that does happen, I’ll be fine sliding out there. And if not, I’ll be fine back at guard, too.”

3. STEP ON UP: Tui Eli went from the sixth offensive lineman dressed last week to significant playing time in the second half at guard and the Bombers are thrilled with his progress since drafting him in 2019.
“I just found a picture the other day of what Tui looked like to start training camp in 2019 and at that point he didn’t have much time to prepare for training camp,” said Bombers offensive line coach Marty Costello on a media Zoom call Wednesday. “Just the way Tui looks right now, his whole body type has changed. He really took advantage of the 2020 year and dedicated himself and came back really a completely different player, completely different body type and his knowledge has grown tremendously since he’s been here. I’m really thankful that he’s been around and he used his time wisely, so I’m very grateful that he did that and was excited to see him play on the inside the other day.”