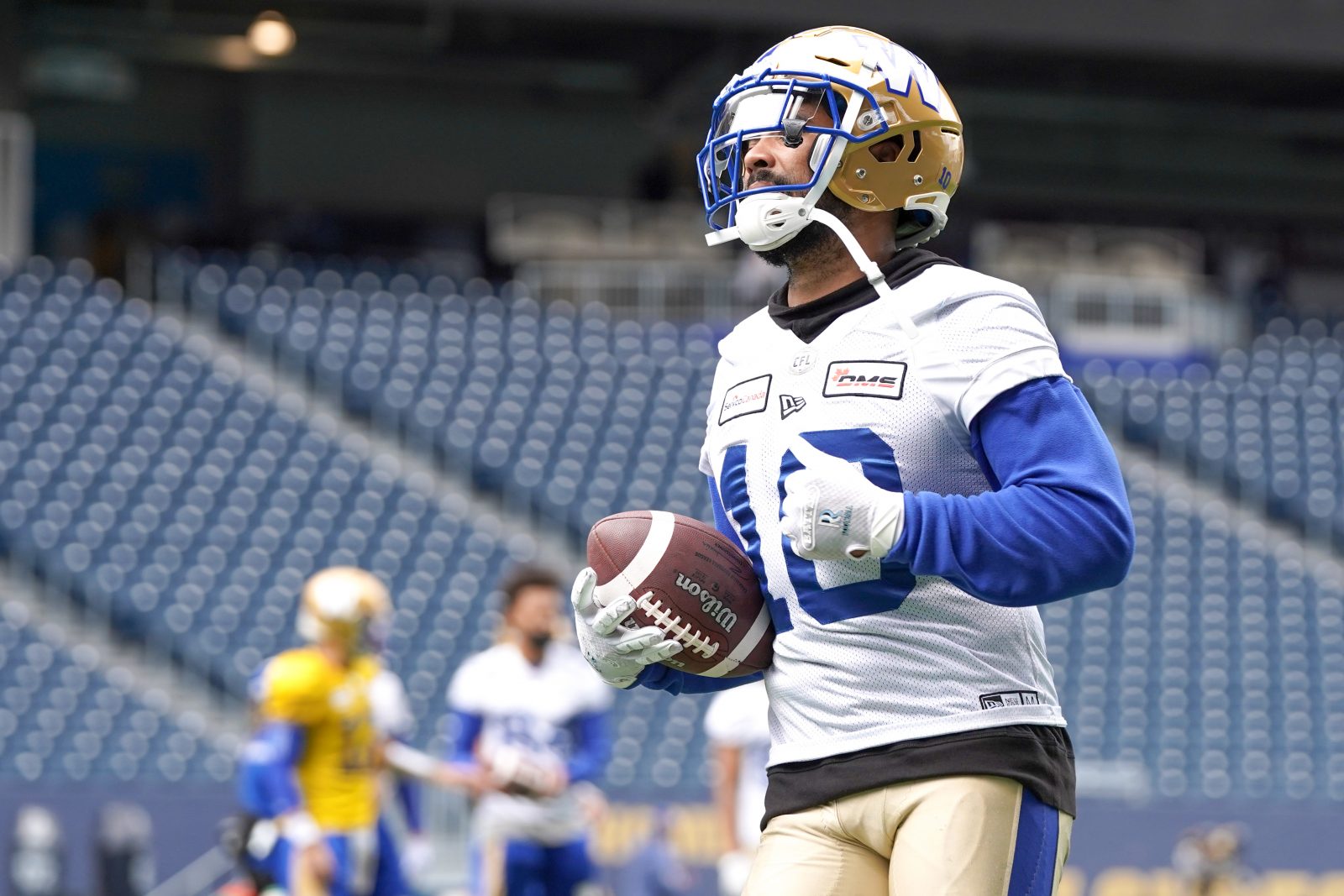 Nic Demski has always been comfortable playing a best-supporting-actor role in the Winnipeg Blue Bombers offence.

It’s only natural, after all, when you work in an attack that features future hall of famer Andrew Harris working behind a dominant offensive line, a Most Outstanding Player candidate in Zach Collaros, and as part of a receiving corps that includes the Canadian Football League’s leading receiver in Kenny Lawler, the dependable duo of Rasheed Bailey and Drew Wolitarsky and a veteran like Darvin Adams, who has moved into the Top 10 in all-time receptions in Bombers history.

Still, while everyone discusses the chances of Collaros to win MOP and who might be considered the top defensive player in a crew that includes Willie Jefferson, Jackson Jeffcoat, Adam Bighill and Brandon Alexander, here’s another topic to toss out for debate around the water cooler or over adult beverages: How much should Demski be in the discussion for Most Outstanding Canadian honours, not just on his own team with a guy like Harris, but league-wide?

“The game’s slowed down for me, in a way,” the 27-year-old Winnipegger said after practice on Wednesday. “Just being more of a vet this year and the number of years I’ve played in this offence, there’s good chemistry with Zach and all the receivers just want to open it up for each other. When you play a little bit harder for the next man beside you there’s going to be some more opportunities out there and every opportunity I get I’m just trying to make the most out of it, whether it’s a 30-yard play down the field or a five-yard catch and trying to turn it into something. I just want to go out there and make plays and keep striving.” 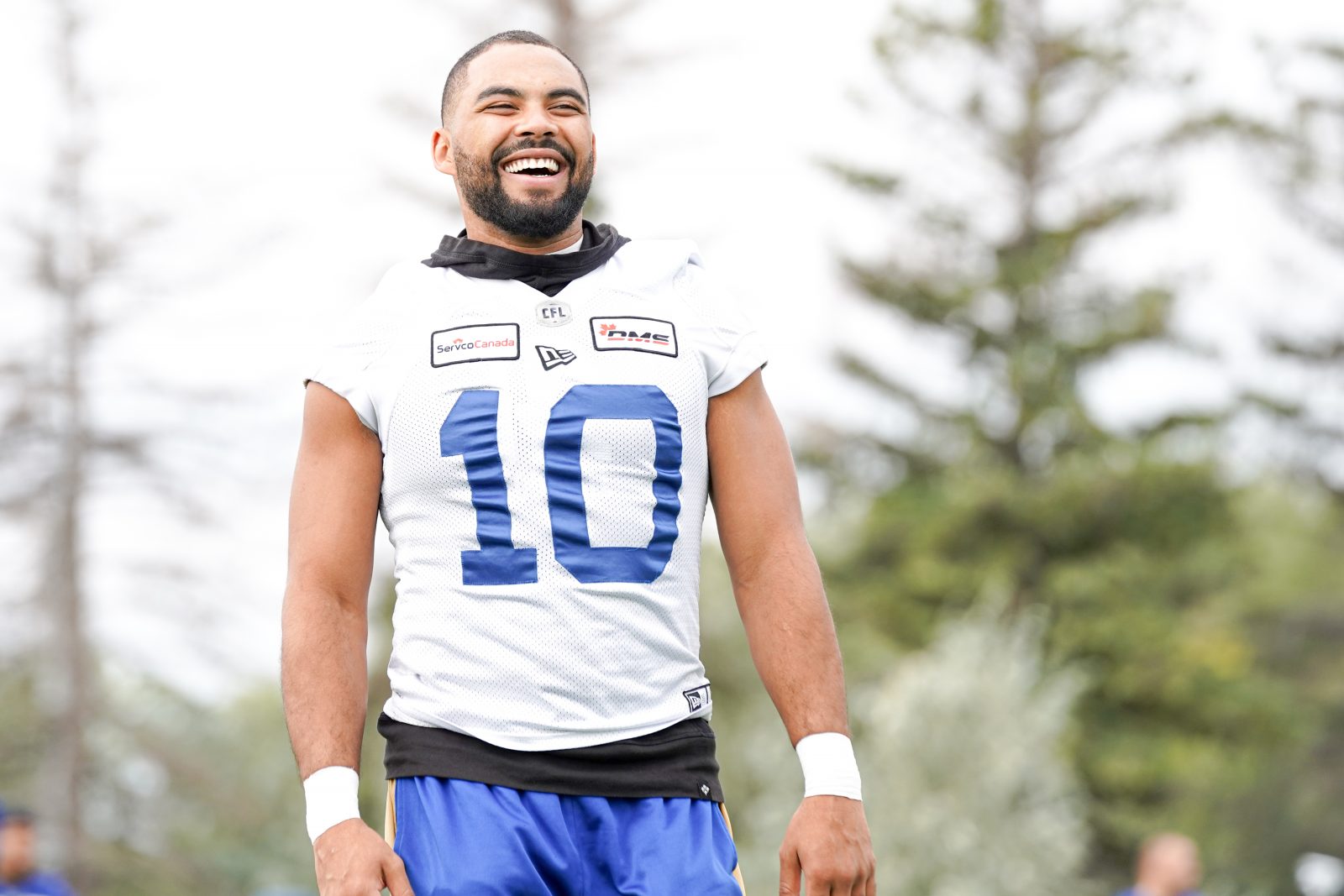 Demski has done that and then some this season. Despite missing two games this year due to injury he still has pulled in 33 passes for 512 yards and three touchdowns, while adding another 38 yards and a score on six carries along the ground. Those receiving totals not only are close to career best, but rank him ninth overall in the CFL this year and first among Canadian pass catchers.

“Honestly, I’m not that big a stat guy, but obviously that’s a thing you keep in the back of your mind,” said Demski. “At the end of the day I know if I keep getting these different stats that’s going to be helping out my team and getting us 1-0 every week. To be the best Canadian receiver, that’s something I definitely want to do, but at the same time that’s not really something I jot down at the beginning of the year. I just want to do whatever I can to help my team win. All this stuff is just extra with it.”

Demski’s spot in the offence was never in jeopardy coming into this unprecedented and unique season. But Bombers head coach Mike O’Shea noticed something different about the veteran receiver from the first day of training camp back in July.

“I have noticed some growth. There were a couple of things that he and I chatted about in training camp that I noticed, but nothing we’re going to talk about here,” said O’Shea.” 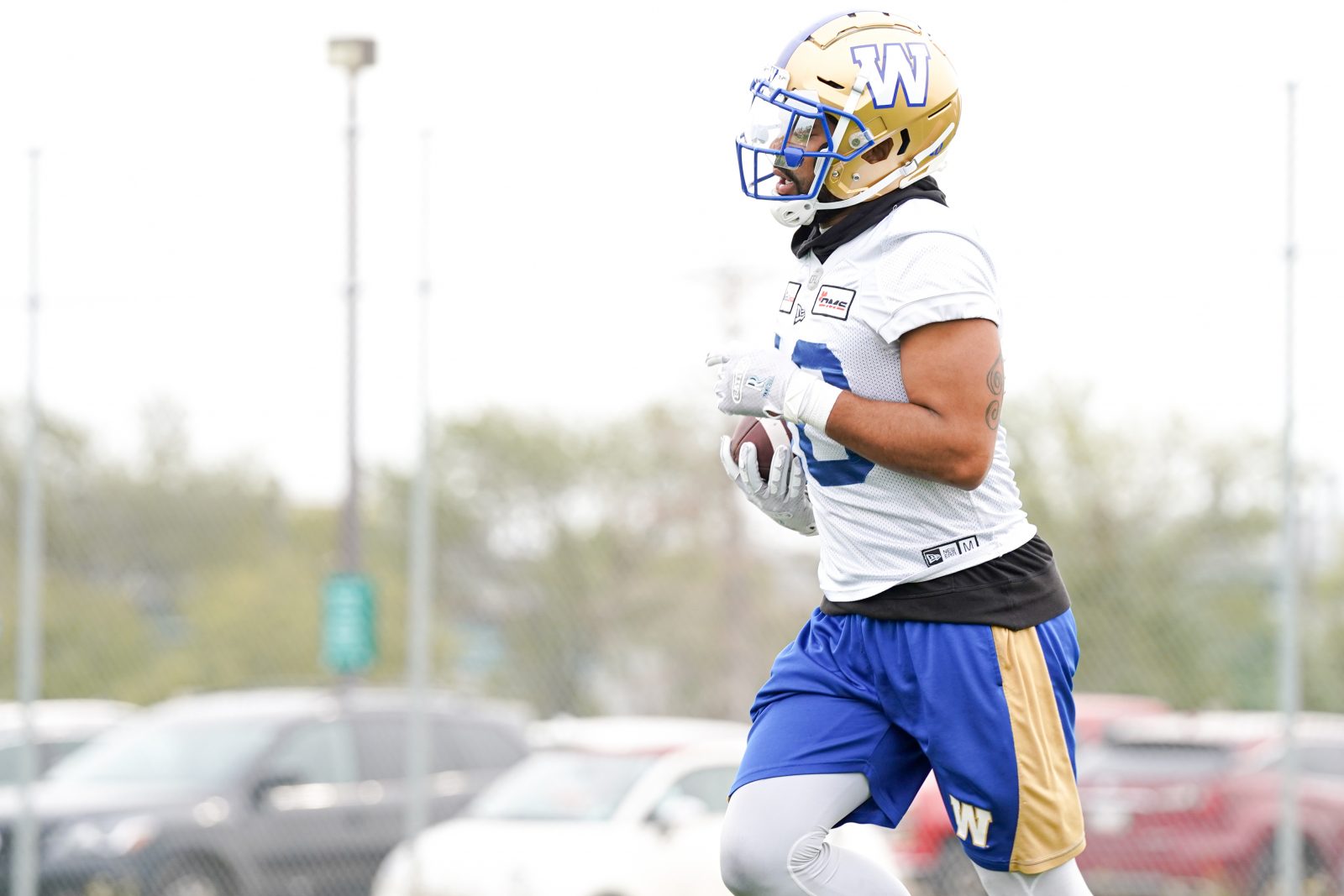 “I think he’s the same player he’s been for a number of years and the same player that caught our eye and made us want to try and get him here, not just because he’s a hometown guy. He’s a terrific athlete. He’s always one of the better athletes on the field. Always.

“He’s so versatile for us and a smart football player. How the numbers add up from one year to the next is just how they add up. I don’t know that he’s really changed a lot. He’s still that same athlete that’s super dynamic and very versatile.”

Demski has always been a flag bearer for Winnipeg football products and the University of Manitoba Bisons. And he was asked Wednesday about putting up the numbers he has so far this season on a team and in a league that has numerous receivers with bigger college credentials or time in the NFL.

“At the end of the day we’re all human,” he said. “I don’t really try to compare myself to anybody like that. I just try to come out here and work hard, take as much knowledge as I can and transfer it onto the field.

“If motivational words is what it’s about then, yeah, I’m a guy that came from Winnipeg, Manitoba, played in my home town with the University of Manitoba Bisons and here I am having success in the CFL. I just want to show every Canadian dude and grassroots player that you can do it. I’m just working hard for my team and the upcoming football community as well.”