McKnight filling in for Lawler 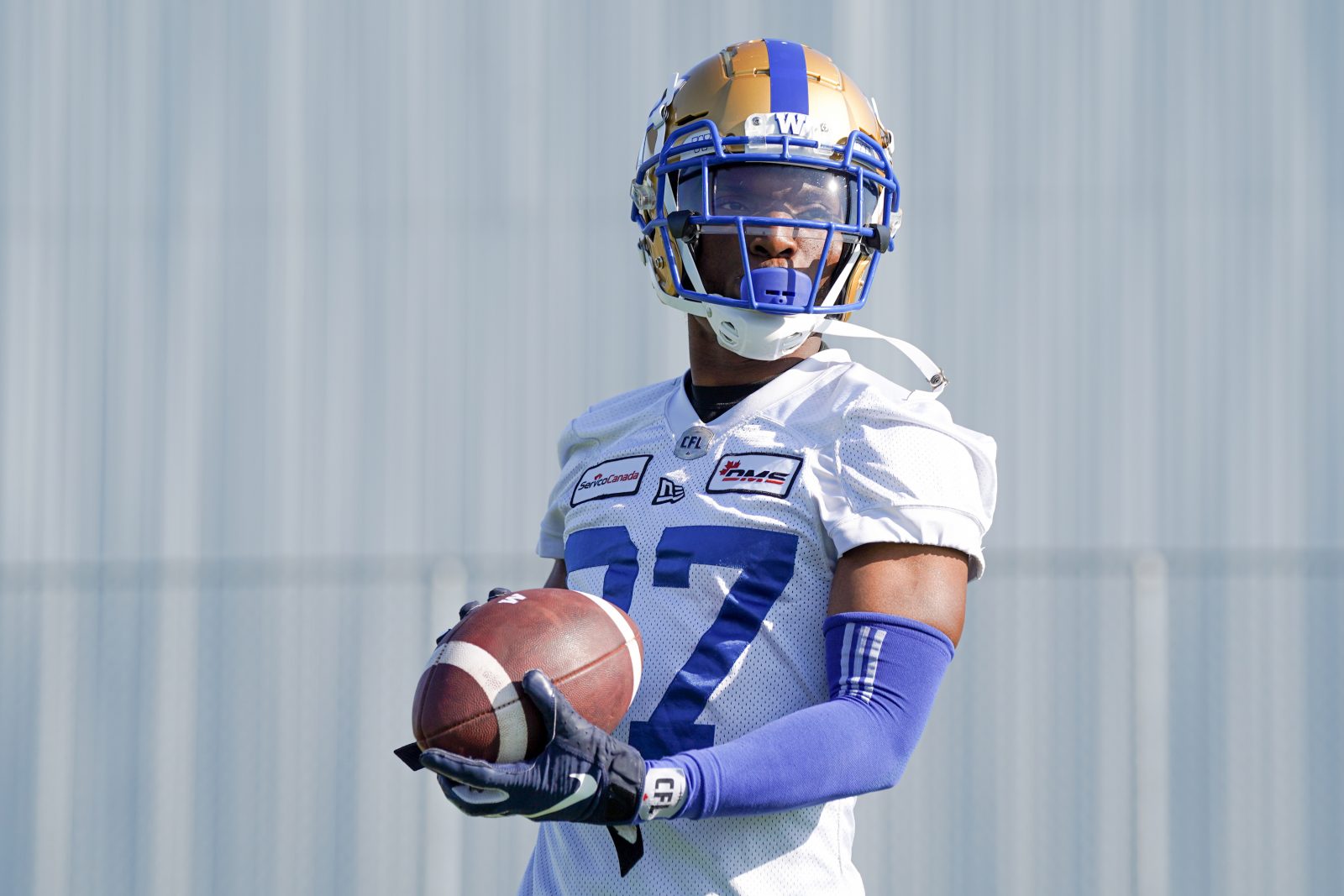 McKnight filling in for Lawler

It is a story with parallel narratives featuring two main characters – the fresh face and the grizzled vet – but the one which resonates most is this: Kelvin McKnight is back in the Winnipeg Blue Bombers receiving corps based on merit, on his skillset and his versatility. And, as much as some might want to make it about this, it’s not at all a reflection on veteran Naaman Roosevelt or his readiness.

The Bombers held their first open-to-the-media practice on Wednesday and within a few reps, it was obvious that it would be McKnight who will step into the lineup Friday night against the Edmonton Elks with the suspension to Kenny Lawler. That news seemed to shock many outside of the locker room, given the presence of Roosevelt – the two-time 1,000-yard receiver with 67 games under his belt.

But to those in the know and calling the shots, McKnight has earned a second opportunity after getting three starts earlier this year and pulling in 10 passes for 71 yards.

“The first thing is Kelvin’s been progressing very rapidly over the course of the season and especially in the last couple of weeks. So credit to Kelvin, for sure,” said Bombers offensive coordinator Buck Pierce. “He’s a guy who has a lot of talent and he’s picked up our system very quickly. 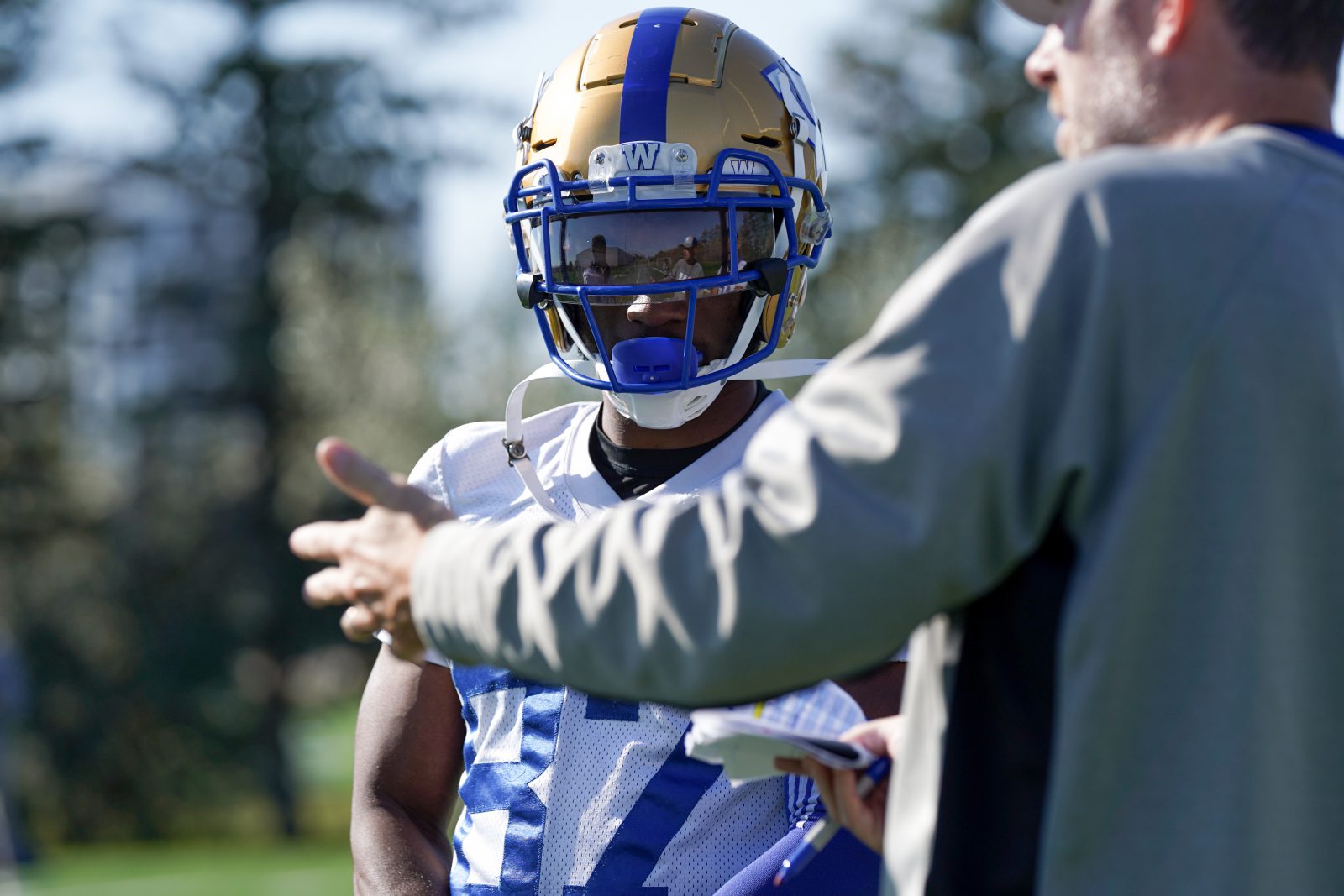 Pierce said one of McKnight’s best strengths is his ability to play multiple positions within the receiving corps, adding “there’s a lot of trust with him and his teammates and the quarterbacks as well. The guys will rally around him as well.”

McKnight has drawn rave reviews from the coaches – and, just as important, from quarterback Zach Collaros – since the early days of training camp. A former star at Samford University, he spent two years with the Denver Broncos on their practice squad.

“It’s just going in every day and working on the little stuff,” he said following practice on Wednesday. “Even if I mess up on things in practice I know failure equals growth, so I’m not going to go out there and make the same mistake twice. I feel really confident.

“I’m very excited. It’s always a blessing and you can’t ever take an opportunity for granted. I’m pretty confident. It’s not like I wasn’t confident before, but you get a little bit more comfortable as you get more reps and games under your belt.”

As for his rapport with Collaros, McKnight said the two connected early.

“My guy. Big leader,” he said of Collaros. “(Number) 8 has that feeling that when you’re out there with him everything is comfortable. You’ve got no worry when 8’s out there.

“That’s my guy. He’s been sticking with me since I got out here. He’s been in my ear, that’s a shoulder I can lean on if I had any questions I could always come to him before I even name, when I had the number 75 in camp, he noticed me.” 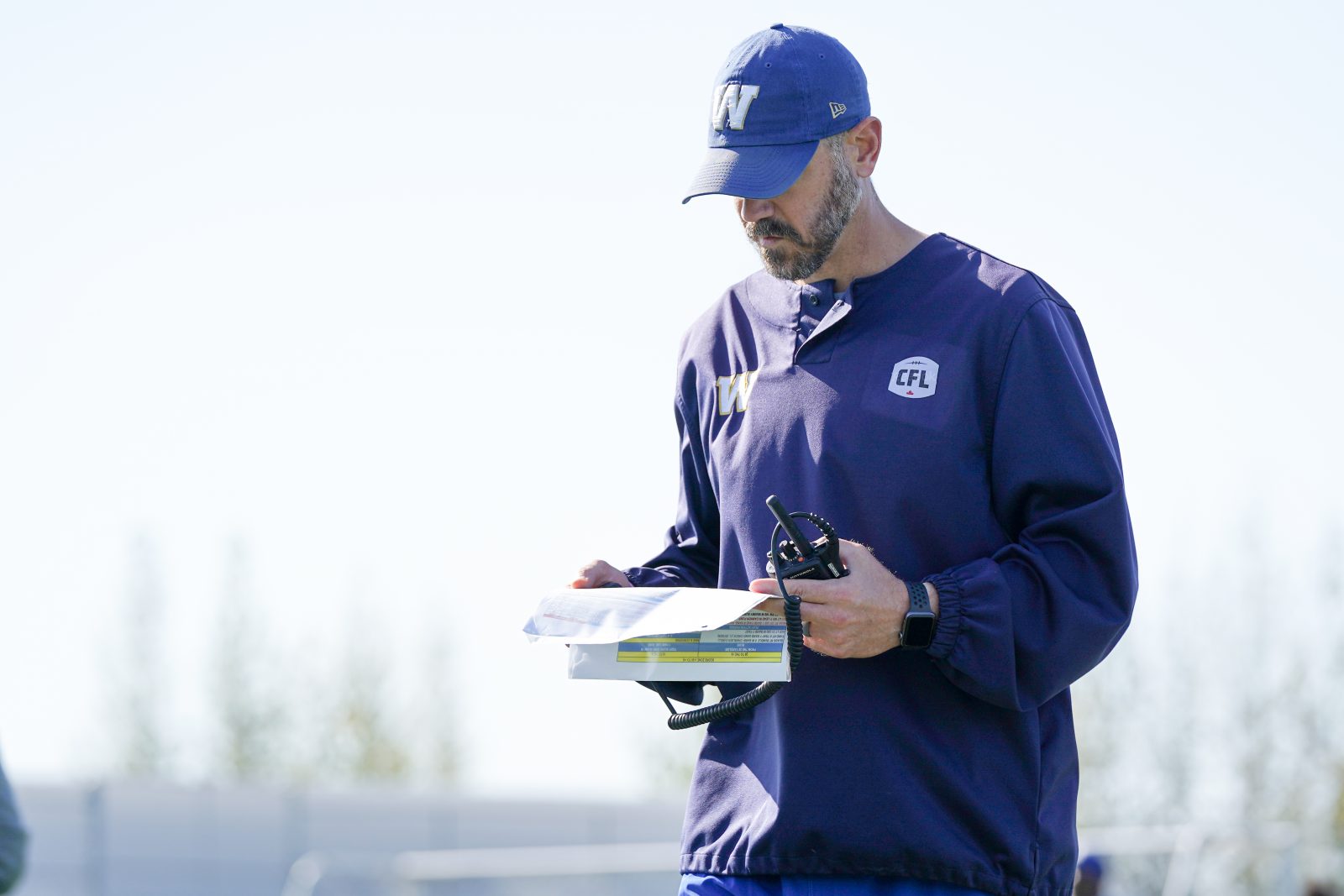 The Bombers had a number of import options to replace Lawler, including McKnight and Roosevelt but also Charles Nelson and Carlton Agudosi.

“We’ve talked about this before: Kelvin McKnight’s ability to learn and be multiple as well as his explosiveness and his hands were very noticeable from very early on in training camp where he was practising at one spot, then you could put him at two and within a couple of weeks you could play him at three different spots,” said Bombers head coach Mike O’Shea. “He caught the ball wherever he was, he was right more often than not for a young guy learning a new system and he’s explosive.

“So, he was here from the start of training camp on and Naaman came in and we had an immediate need. I’m not saying this is easy for Naaman because he’s a very accomplished, very successful CFL pro. This is the way we’ve decided to go this week.”

Roosevelt was signed by the Bombers in late August after his release from the Montreal Alouettes. He spent 2015-19 with the Saskatchewan Roughriders and had 77 catches for 946 yards and a touchdown in 2019.

“That’s what this game is about: patience,” said Roosevelt. “I’ve been around the game for a while, 11 years playing pro, so I understand the game and know what goes on. I’m just out there working and trying get better every day, trying to get myself better and my team better. I’m going to just keep working, control what I can control. That’s it.

“These things happen. I can’t worry about that,” he added. “I’ve just got to keep working and keep doing what I do and keep building and learning this offence. This offence is a lot of work, there’s a lot of moving around which is something you have to come in and learn and get reps at. So, it’s just keep getting reps and keep working.”

There were also initially concerns about two changes being needed in the receiving corps after Drew Wolitarsky didn’t finish last week’s win over B.C. because of injury. But Wolitarsky was back at practice and participating fully on Wednesday.

“Woli’s a tough guy and I know what he means to our offence and the guys in the locker room, as well,” said Pierce. “We’ll see how he progresses and how he feels after today. Woli’s a tough guy, I would never count Woli out.”