“I’m truly sorry… this was a mistake, it was a selfish decision” | Lawler faces his actions 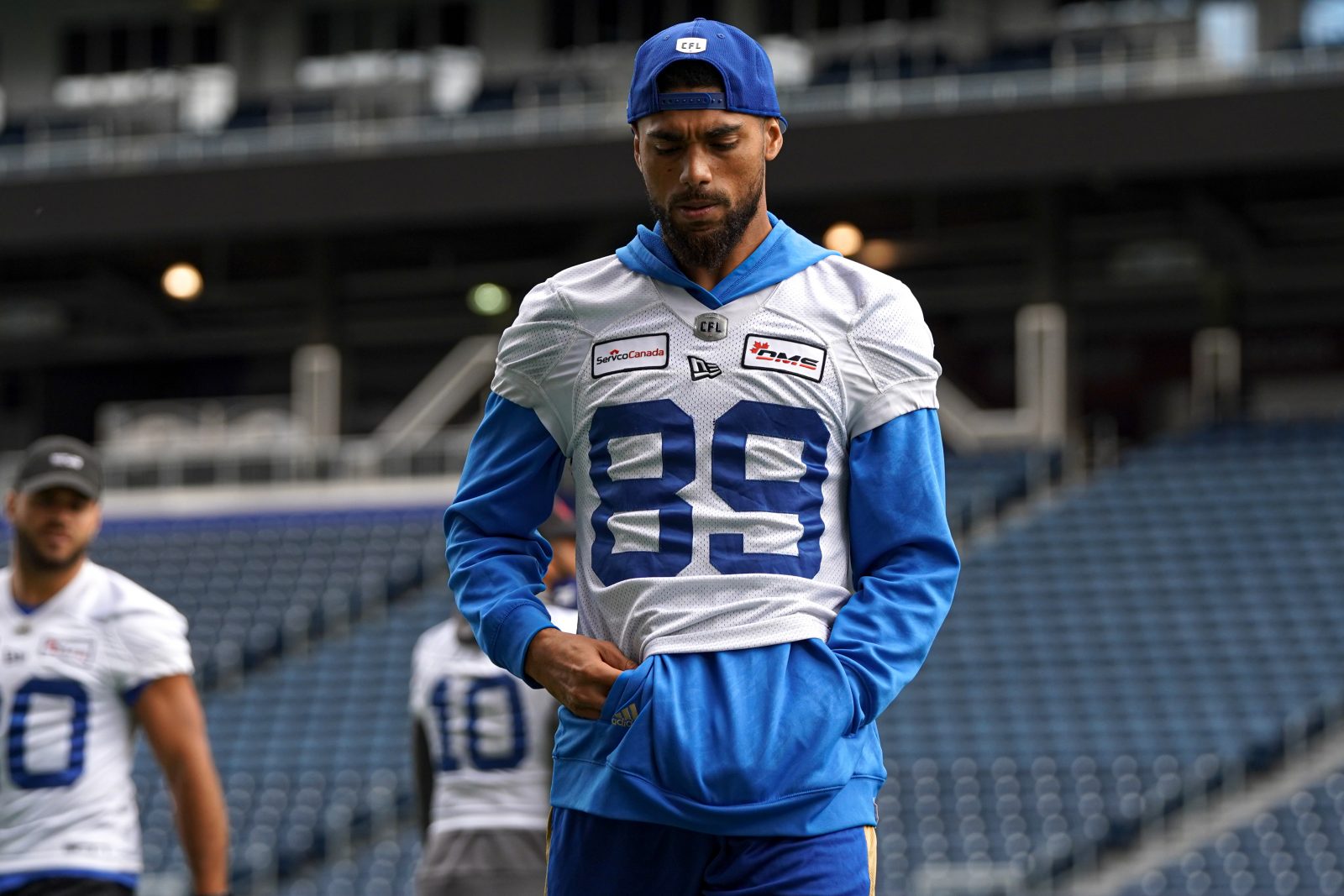 “I’m truly sorry… this was a mistake, it was a selfish decision” | Lawler faces his actions

A contrite and emotional Kenny Lawler met with the media Tuesday afternoon to apologize following his arrest for impaired driving early Monday.

The Winnipeg Blue Bombers receiver, fighting back tears and occasionally pausing to both find the right words and a measure of composure, spoke of his mistake and his embarrassment, opening his session with the following statement:

“I just want to take this time to apologize to my coaches, my teammates, to the organization, my family, the Bomber community, the fans and let them know I’m truly sorry. For me to go out and disappoint many people, many people that look up to me… this was a mistake, it was a selfish decision, it was a bad decision on my part. I knew better than to step into that car. I’m sorry to everyone out there.”

The club issued a statement about Lawler’s arrest Monday morning and when they returned to practice Tuesday, had Lawler address the incident publicly after speaking to the team. Asked what was going through his mind as he was being arrested, he said:

He has been suspended by the club for Friday’s home game against the Edmonton Elks and the team, which reported the arrest to the Canadian Football League, doesn’t expect there to be further supplemental discipline. Lawler has also agreed to seek assistance as it relates to alcohol abuse, stating “Whatever help, whatever assistance comes, I’m all open ears, open hands to it.”

“(The team’s decision to suspend Lawler) comes after an entire day of conversation and information gathering and processing that information,” said head coach Mike O’Shea. “We just feel there has to be something from the team that shows we don’t condone this behaviour. Simple as that.”

O’Shea said Lawler is being allowed to participate in practice and team meetings, partly for the player’s own well-being.

“There’s a process we have to go through and the process has to start immediately. Part of that process is Kenny being around. There’s some emotions that Kenny in facing his teammates has to go through. But it’s better to go through it now than let it stew.” 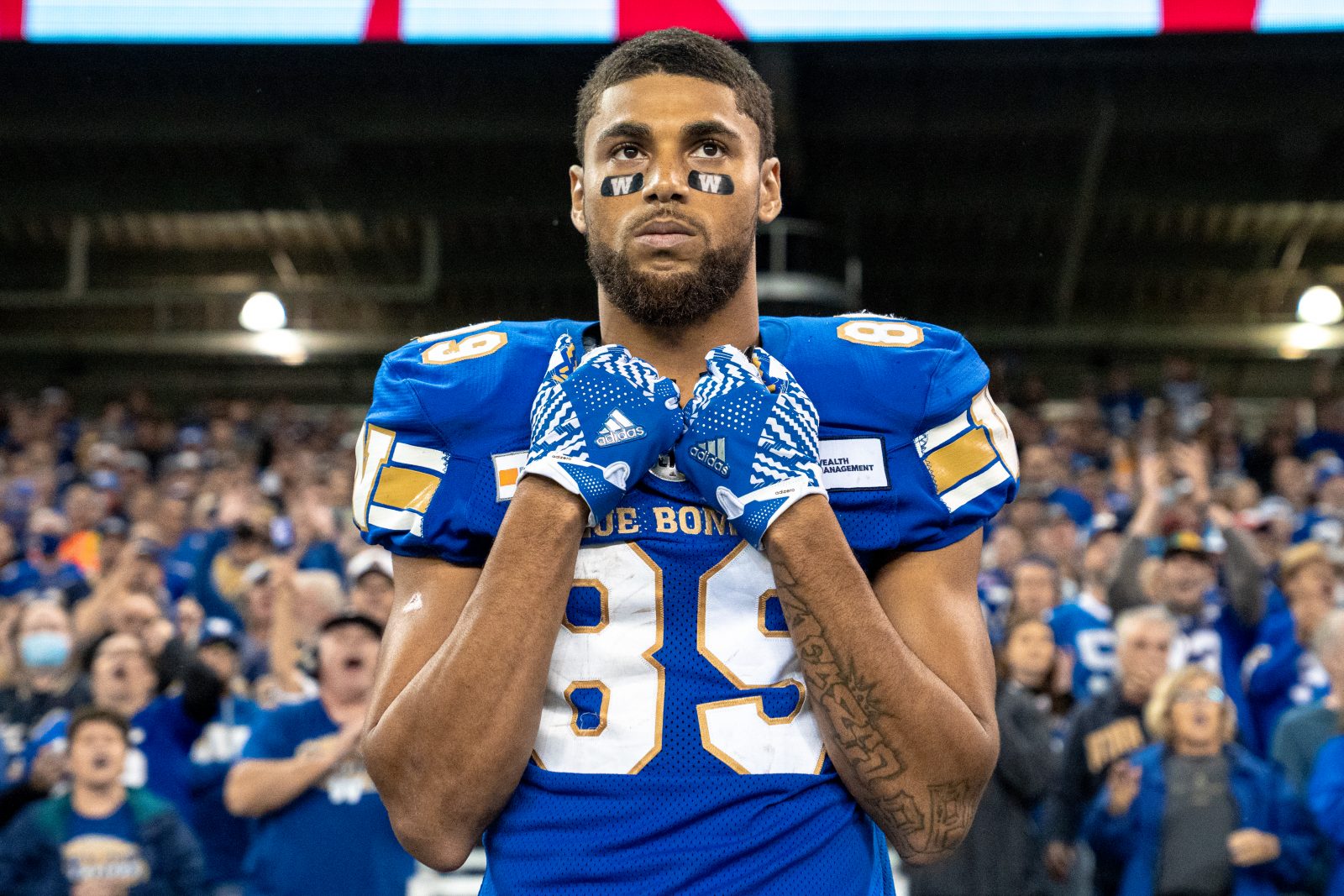 Lawler said the toughest conversations he had afterward were with his father, his son and his partner. And, of course, with his teammates.

“The support from my teammates has been amazing,” he said. “I’m embarrassed. Man, I was dreading walking in this locker room and having to deal with everything that’s happened and transpired. And as soon as I walked in this locker room, man… I was just… I was being hugged. People were coming and patting me on the back and letting me know I’m going to get through this. I was feeling the worst ever and that I could not get through it. With the teammates and my family, they’ve been very supportive.

“My message that I told the team, I’m sorry that I let y’all down and I took myself off the field this Friday. I’m sorry I let y’all down, the community… a lot of things. I just wanted to let them know I was sorry. This is something I didn’t want to have on my shoulders and the reality of the situation is this is what I’m going through. I wanted to let them know I made a mistake and most importantly when I come back I’m going to be a better man, father, teammate, player. I believe this is going to be a very important turning point in my career.”

Lawler also took the opportunity to remind everyone of the dangers of drinking and driving.

“To anyone out there, this is something, for me, that I never thought would happen,” said Lawler. “I know there are a lot of people out there that think like that… ‘No, this ain’t going to happen to me. I’m not going to get pulled over. I’m not going to get in a crash.’ To be honest, it could happen to anyone and I want everyone out there to be very smart about the decisions they make. I’m just thankful and blessed that I didn’t hurt anybody, that I didn’t hurt myself. Something like this could be 10 times worse.

“I want the kids, the fans, adults, anyone, to really think twice about the decisions you are about to make when you’re not in the right mind. Once again, I am sorry.”