WFC to be gifted with star blanket October 8th 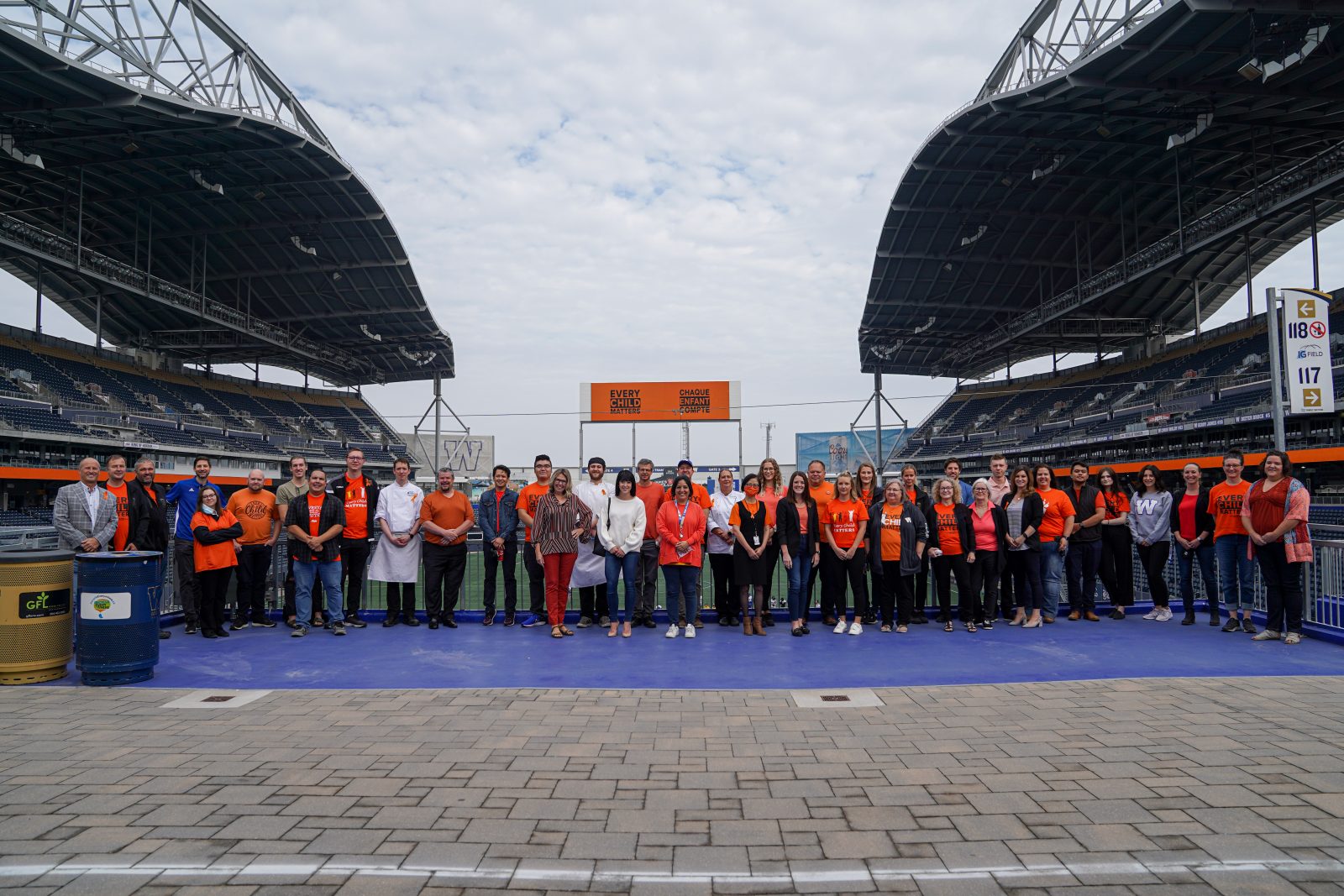 WFC to be gifted with star blanket October 8th

The Winnipeg Blue Bombers Football club is honoured to recognize September 30 as both the National Day for Truth and Reconciliation and Orange Shirt Day, a day that honours the children who survived Indian Residential Schools and remembers those who did not return home. The staff and players of the Blue Bombers invite all Canadians to never forget the over 5,000 Indigenous children who died at those schools and ask all of us to reflect upon our relationships with Indigenous peoples while focusing on ways we can commit to healthy and positive growth through all of our communities today.

As a part of this commitment, the club is honoured to unveil a new, star-blanket themed logo designed by local Anishinaabe artist and star blanket designer Dené Sinclair. Matching precisely the team’s colours, the logo will be used during the October 8th game against the Edmonton Elks alongside an honouring ceremony for National Day for Truth and Reconciliation and Orange Shirt Day.

As a part of this commitment, the club is honoured to unveil a new, star-blanket themed logo designed by local Anishinaabe artist and star blanket designer Dené Sinclair. The logo will be used during the October 8th game against the Edmonton Elks alongside an honouring ceremony. pic.twitter.com/0XVtt2Phb7

As a part of these events, Indigenous communities from throughout Manitoba and residential school survivors will be honoured in a pre-game ceremony and players from both teams will wear special orange jerseys during their respective warm-ups. A special ceremony will also honour former Senator and head commissioner of the Truth and Reconciliation Commission Justice Murray Sinclair – the father of Dené Sinclair. Proceeds from the auction of these jerseys will be used to support Indigenous sport initiatives – the Winnipeg Aboriginal Sport Achievement Centre (WASAC) and Spirit North.

In addition to the creation of the star blanket logo, an actual star blanket created by Dené Sinclair will be presented to the Blue Bombers by the Grand Chief Arlen Dumas of the Assembly of Manitoba Chiefs to Wade Miller, President & CEO of the Winnipeg Football Club during this pre-game ceremony.

In First Nations and Métis traditions, being gifted with a star blanket is a high honour. Sewn or stitched in the middle with the image of a morning star – the brightest light in a dawn sky – a star blanket is given to leaders in a community and wrapped around their shoulders in ceremony. To design and create a star blanket, Indigenous creators have to find a delicate balance between mathematics and art, focusing on precision and creativity while ensuring nothing is out of sync.

A typical star blanket has 288 small diamonds woven into sets of 25, 36, and 200 larger diamonds – combining eventually into a geometrically-even (and often eight-pointed) star. Once stitched onto beautiful fabric, this blanket thus recognizes the work an individual does to forge a safe, balanced and warm path for a community while bringing light and brightness in the darkest of times – just like a morning star does.