Bombers by the numbers 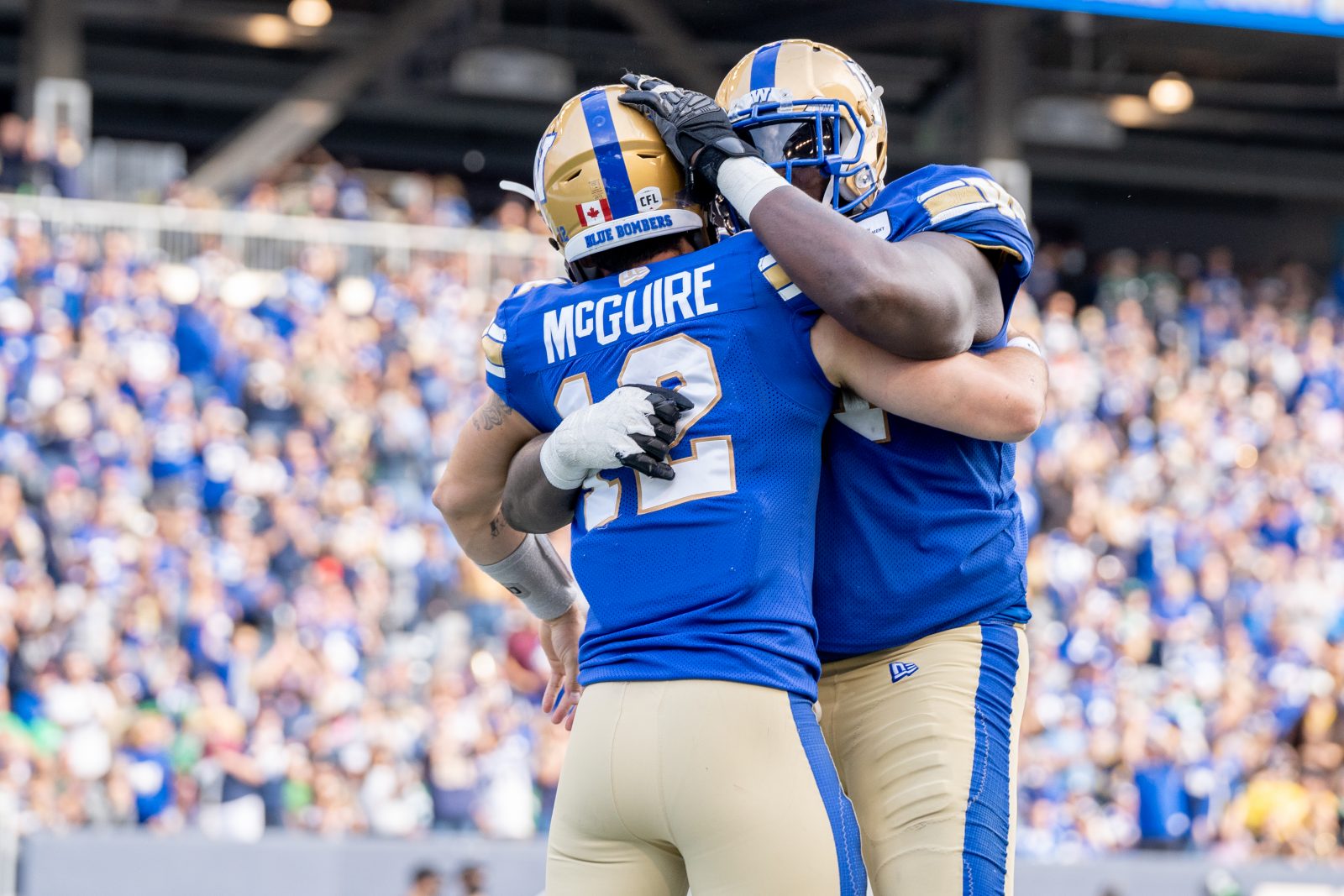 Bombers by the numbers

The Winnipeg Blue Bombers have pulled in for a pit stop at the halfway mark of their Canadian Football League season for a little R&R&R – rest, relaxation and reloading.

And no matter what unfolds across the league during their much-deserved bye week the Bombers, at 6-1, will return to work next week still atop the West Division and overall standings. And the good news is players like defensive tackle Steven Richardson, linebacker Kyrie Wilson and kick returner/wide receiver Janarion Grant are all inching closer to returning from injury. Those playing but nursing hurts will have this week to heal up, as best they can, for the second half of this unique and condensed campaign.

The break also provides an opportunity to take a peek at this squad with a wide lens. With that in mind, here are some notable Blue Bombers numbers… 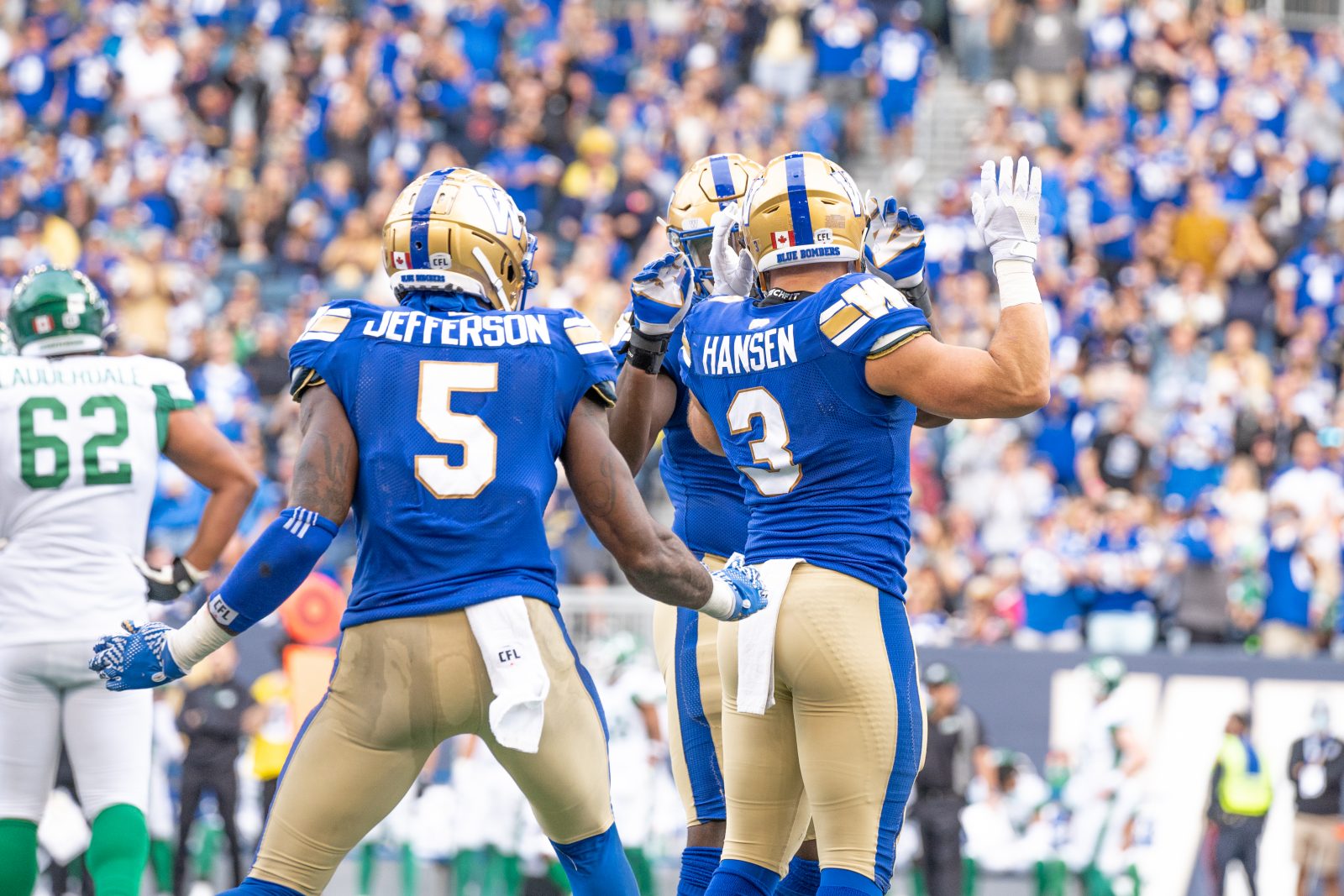 The Bombers’ record to date represents their best start since opening 2011 with a 7-1 mark. Winnipeg is a perfect 4-0 at home and 2-1 on the road. The club is also 4-0 against West Division clubs.

This is why homefield advantage could matter in the playoffs, even with the West Division Semi-final scheduled for Nov. 28th and the West Division Final a week later Dec. 5th – the Bombers are 15-1 in their last 16 games at IG Field and 24-7 at home since 2017.

Yes, it’s also worth noting that since IG Field opened in 2013, the Bombers have hosted only one playoff game there – the 2017 West Semi – and lost it to Edmonton. 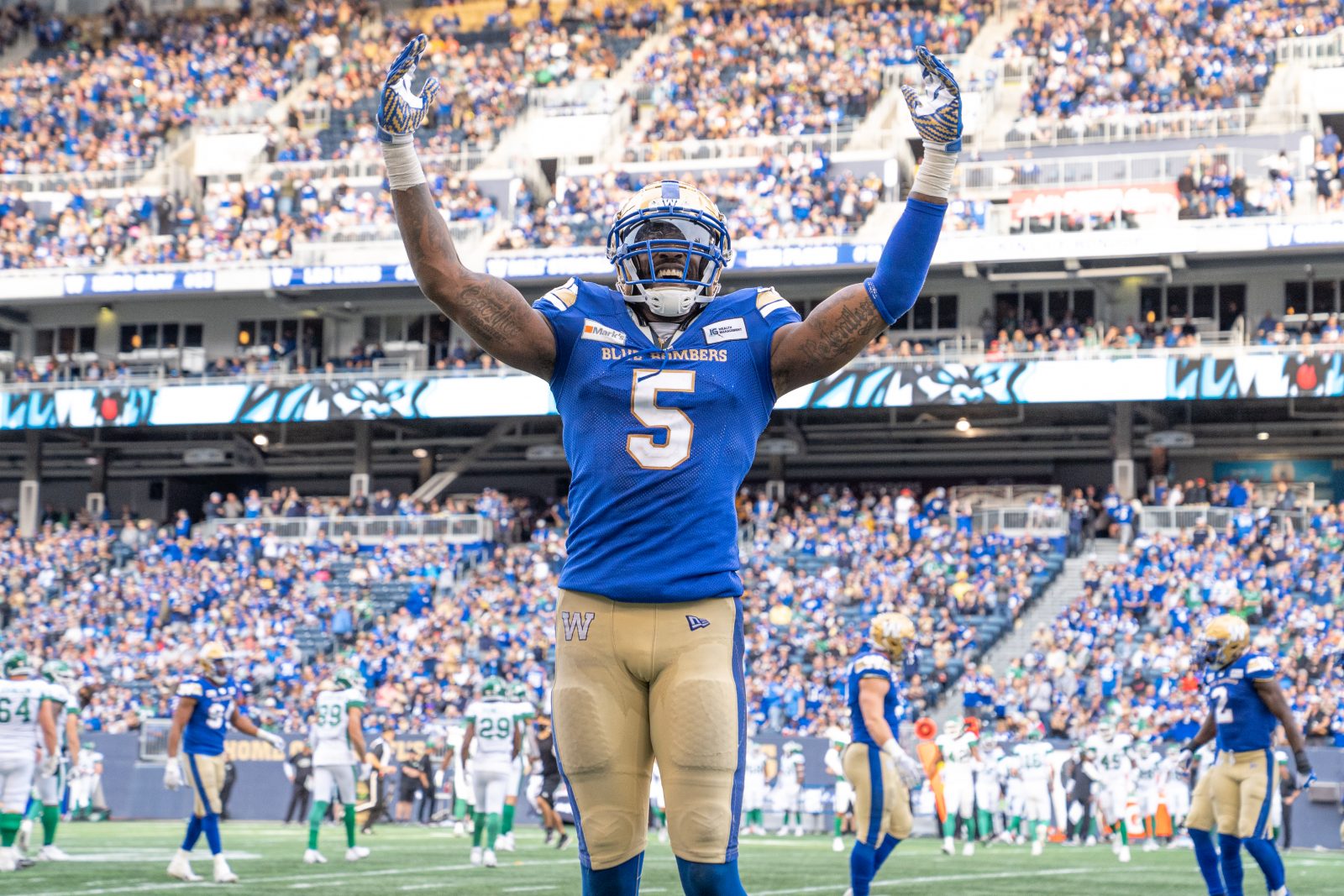 The Bombers have allowed just 98 points against in seven games, for an average of 14.0 per contest. That ranks first overall. Heading into this week’s action, Winnipeg also leads the CFL in points off turnovers, with 50.

Winnipeg’s turnover ratio – which leads the league heading into this week’s action. The Bombers have had just three fumbles and four interceptions themselves through seven games, but have forced eight fumbles, 10 interceptions and four turnovers on downs.

Let’s build on this even further, as it is such an important element of the Bombers’ blueprint: in their current 10-1 run – the 6-1 start this year and the 4-0 stretch at the end of 2019, including the playoffs – Winnipeg is a gaudy +28 in the takeaway/giveaway department.

The combined field goal numbers for Marc Liegghio (5-8), Tyler Crapigna (3-5) and Ali Mourtada through the first half of the season. That 50 percent completion is the worst in the CFL and it is certainly both a talking point and a concern as this team pushes toward the playoffs. We’ve pointed this out before, but the eight misses by the three Bombers placekickers so far is more than Justin Medlock missed in all of 2019, when he went 37-43 in the regular season and then 14-15 in the playoffs.

Interestingly, here are the distances of the misses of each of the kickers: 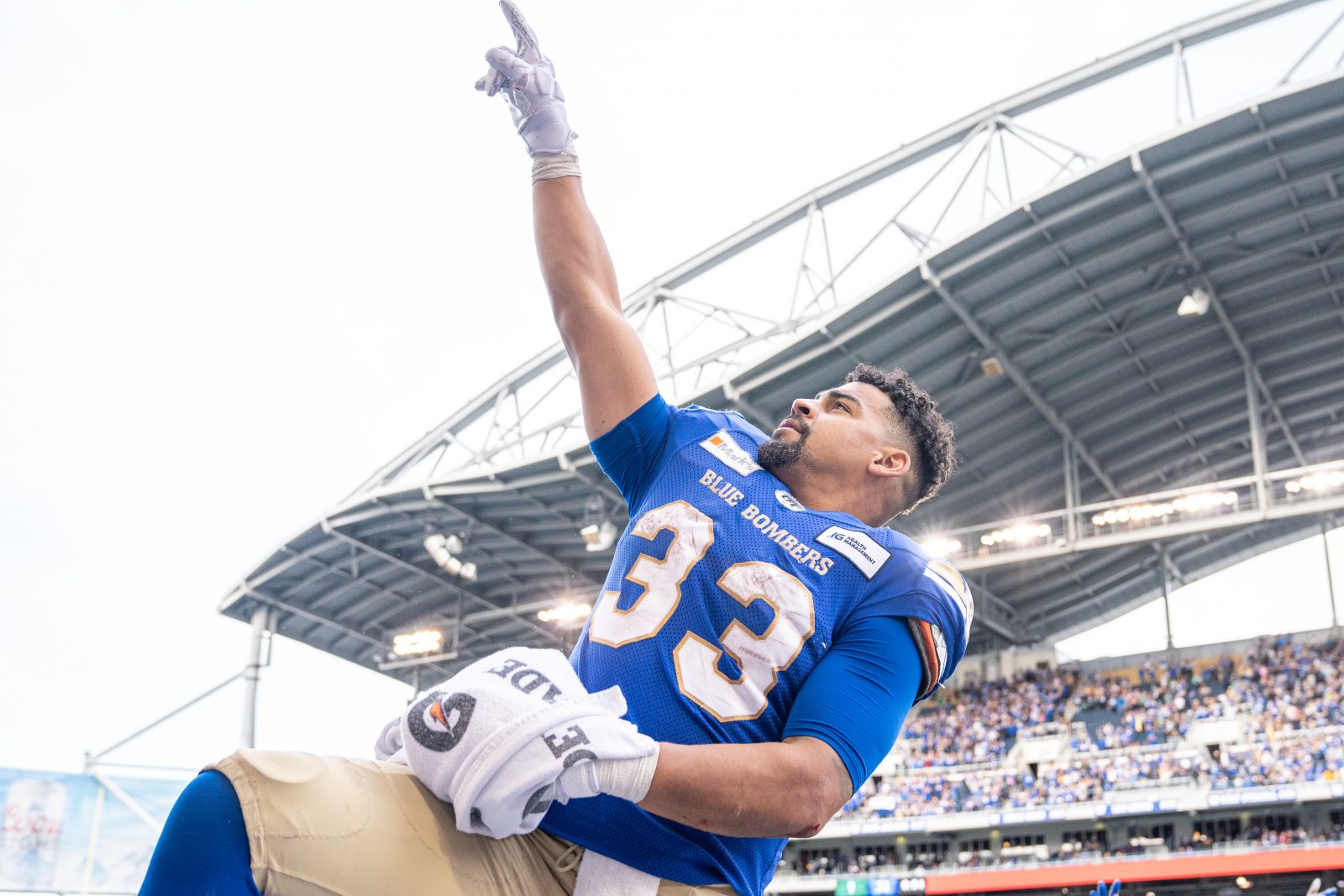 Bombers QB Zach Collaros has 1,731 yards passing, which was first in the CFL prior to this week’s action. The last Bombers pivot to lead the league in passing, FYI, was Kevin Glenn in 2007 with 5,114 yards through the air.

Interestingly, Brock was named the CFL’s MOP in 1980 and 1981 as was Clements in ’87 and Jones in 2001, while Glenn was the runner-up to Kerry Joseph in 2007 and in ’02 the league’s most outstanding player was Milt Stegall, who caught a record 23 touchdowns, with Jones as the QB.

Career rushing yards for Andrew Harris – including 353 this year in just four games – to vault him past Joffrey Reynolds and Kelvin Anderson into sixth place on the CFL’s all-time list. Harris would need 609 yards in the last seven games this year to reach the 10K mark. He trails Blue Bombers hall of famer Charles Roberts, in fifth place on the all-time list with 10,285 yards, by 894 yards.

Winnipeg’s red-zone scoring ranks first in the CFL with 10 TDs in 15 visits. As a side note, six of those scores have come from Sean McGuire on QB sneaks.

Forced fumbles by Bombers defensive end Jackson Jeffcoat in seven games. The CFL record for forced fumbles, by the way, is eight and is shared by three players: Joe Montford (Hamilton, 2000), John Grace (Ottawa, 2002), Shawn Lemon (Calgary, 2014). The Bomber record is six and was set by Willie Jefferson in 2019.