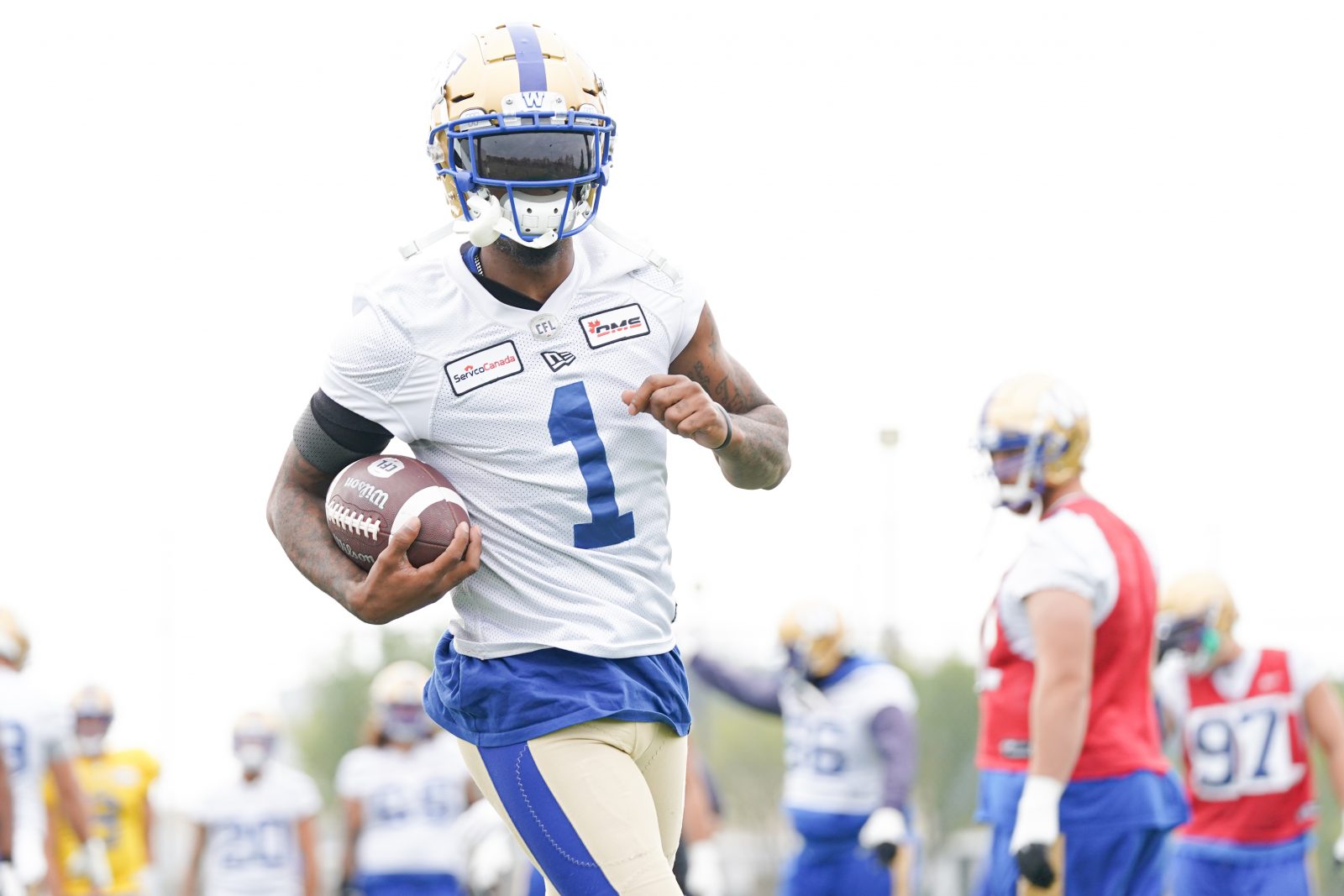 Kickoff: Saturday, 8:45 p.m. CT
TV: TSN, ESPN+
Radio: 680 CJOB; Sirius XM (Canada Talks, channel 167).
BetRegal.ca odds: Blue Bombers by 6.5 points.
Streaks: Winnipeg: 3W. Edmonton: 1L
Home/Road: The Bombers are 1-1 on the road this season with a loss in Toronto and a win in Regina in the Labour Day Classic. Edmonton has lost all three of its games this year at home, falling to Ottawa, Montreal and Calgary. Including a 27-24 loss to Saskatchewan in Week 20 of 2019, the Elks are in a four-game home losing streak.
Head to head: This is the first of three meetings against the Elks in the next 28 days. The Bombers have the bye next week before travelling to Vancouver for an Oct. 1st date. That’s followed by a home and home series with the Elks, beginning with a visit by Edmonton on Oct. 8th and a return to Alberta on Oct. 15th.

“The last two weeks have been high emotion, high intensity, but at the end of the day we still have a lot more football to play,” said Bombers slotback Nic Demski earlier this week. “That’s just one of the things Osh (head coach Mike O’Shea) has reminded us. Us, as players, we know that, too. We have a bye week next week so it’s time to let it all hang out and then take our rest week next week.” 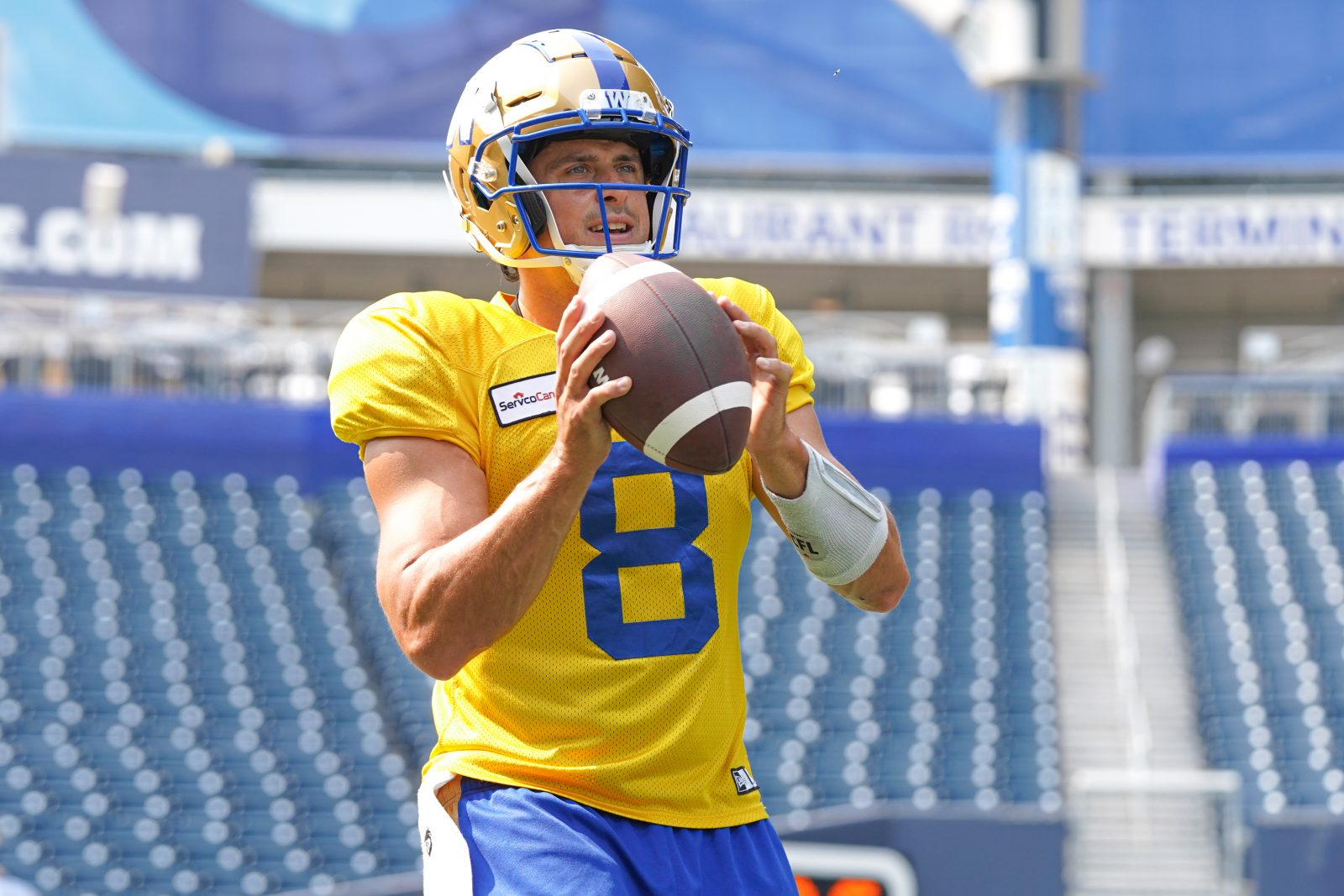 The Bombers have made just one roster changes from the Banjo Bowl. Coming aboard is new kicker Ali Mourtada; off is DL Tobi Antigha. Expect Mourtada to handle all field goals and converts as well as kickoffs while Marc Liegghio will continue to punt. 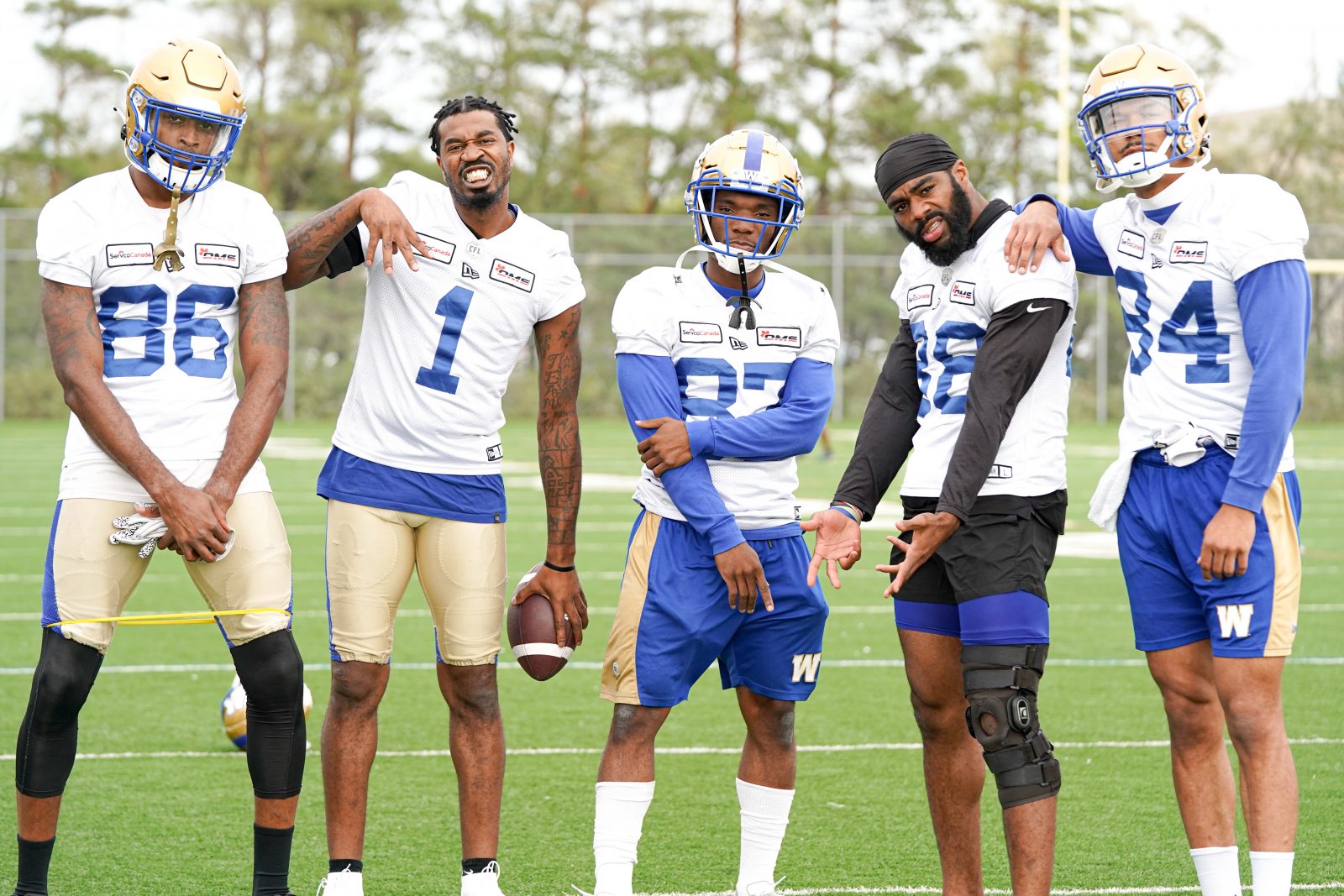 #88 Rasheed Bailey, SB: He’s morphed into a solid contributor in the receiving corps. Currently tied with Nic Demski for second on the club with 21 receptions – Kenny Lawler leads with 32 – six of which have converted second-down situations.

#24 Mike Miller, FB: Already the CFL’s all-time leader in special-teams tackles, Miller has found another level through the first six games of ’21. He’s already registered 15 tackles on special teams – six more than second on the list, Calgary’s Branden Dozier. Just to put that number into perspective, Miller had a career-best 25 tackles in 2019 in a full 18-game schedule.

#16 Mike Jones, CB: Jones has started games at both corner and ‘Dime’ and has 37 defensive plays through six games – 29 tackles, two forced fumbles, four pass knockdowns and two tackles for loss. That total is tied for fourth-most in the CFL.

He’s 31 and has bounced around indoor/arena leagues, had looks from the XFL and NFL and has been to countless free agent kicking camps. He also comes highly recommended to the Bombers. Opportunity is wrapping loudly on the door here for him. 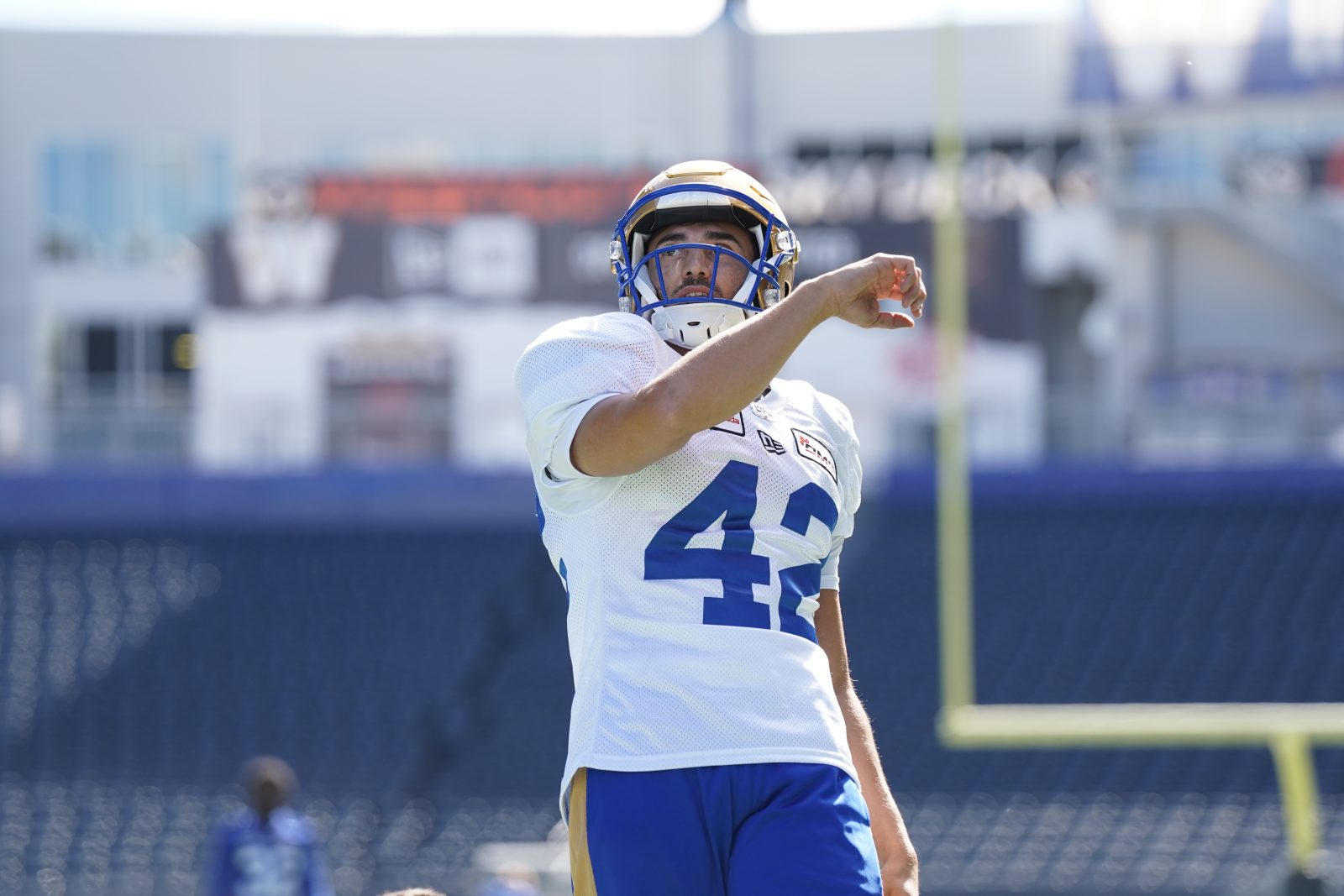 The Bombers are continuing a stretch of their schedule in which they will become very familiar with their opponents.

They just swept the Labour Day Classic/Banjo Bowl series with Saskatchewan, face Edmonton in three times in the next month, B.C. twice and then a home-and-home with Montreal before winding up the regular season with a visit to Calgary.

“When you do have success it doesn’t mean you’re going to have success in the second game,” said Bombers secondary coach Jordan Younger. “It’s understanding that whoever wins the first game goes into the second game with a blind spot, or some blindspots. You know (the opponent) has to change some things, but you don’t know what they’re going to change and that, to me, is also one of the bigger challenges of having a three-game series. You can see a completely different offence from one game to the next.”

“We’ve got a good relationship on and off the field. Zach’s a great guy. I love him to death. He gives me so many chances to be great and I just want to capitalize on those chances.” – Bombers receiver Kenny Lawler on Zach Collaros. Lawler leads the CFL with 15-second down-conversion receptions, accounting for 47 per cent of his catches.