“We’re getting better every week” 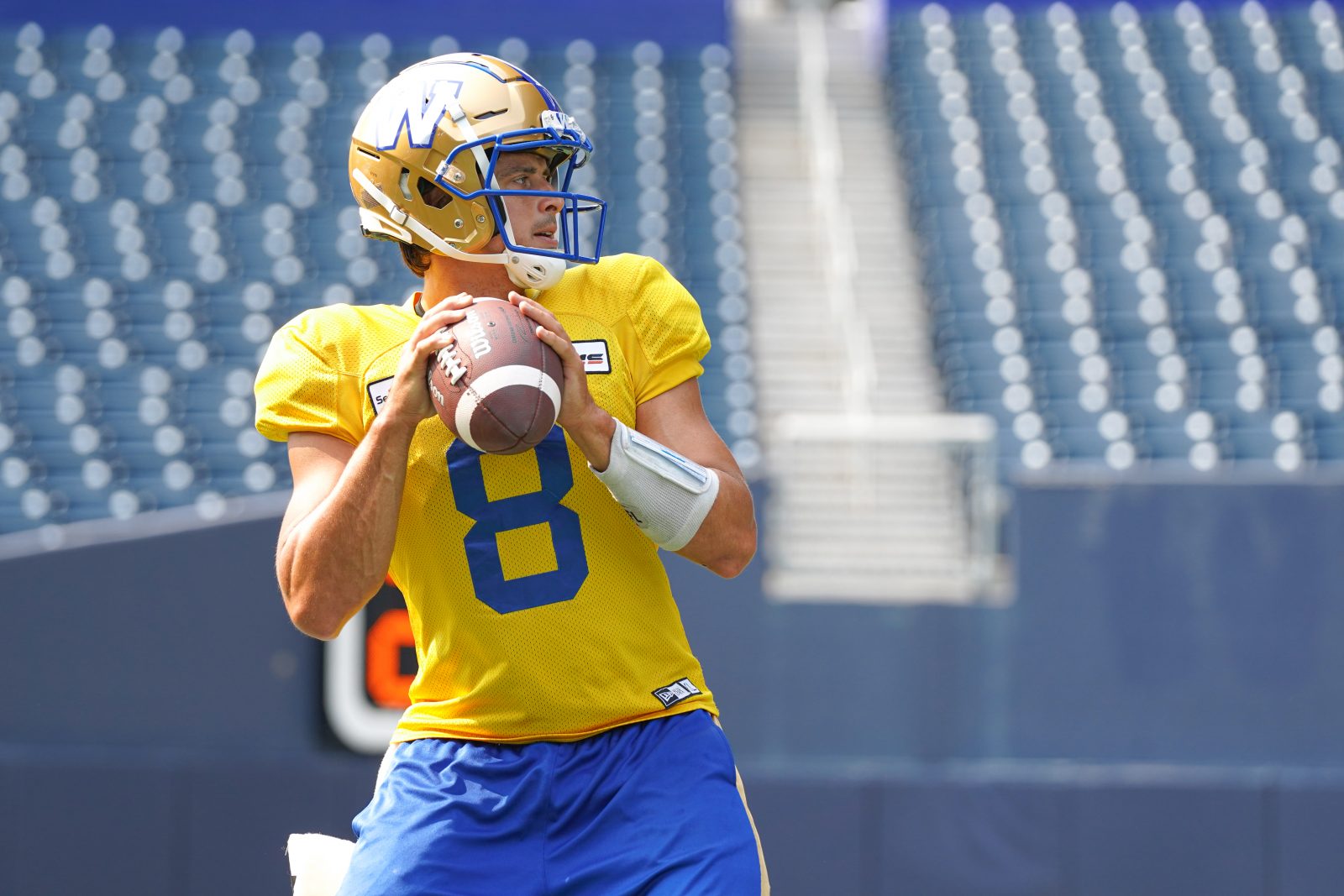 “We’re getting better every week”

Seldom does a day go by without someone from across the Canadian Football League piling up the praise for the men who make up the Winnipeg Blue Bombers defence. And clearly with good reason given how stingy they have been in providing the foundation for the club’s 5-1 start in this condensed 14-game season.

Well, here’s a thought that could send shivers down the collective spines of defensive coordinators everywhere in this loop: this Bombers offence, coming off its best performance of the season in last week’s 33-9 Banjo Bowl win over the Saskatchewan Roughriders, is steadily picking up pace with every outing. The ground game, featuring Andrew Harris working behind a dominant offensive line, has long been this team’s offensive identity. But the last few weeks have also offered some telling evidence of an emerging passing attack.

In the Banjo Bowl victory, Zach Collaros threw for 278 yards and two touchdowns against zero interceptions, with an 81.8 completion percentage. Those numbers now have him ranked second in passing yardage to Edmonton’s Trevor Harris with 1,479, while he is tied with Montreal’s Vernon Adams, Jr. with a league-best nine TD passes and has a 104.9 QB efficiency rating, second to B.C.’s Michael Reilly at 114.0. All of this also has the veteran pivot in the Most Outstanding Player discussion. 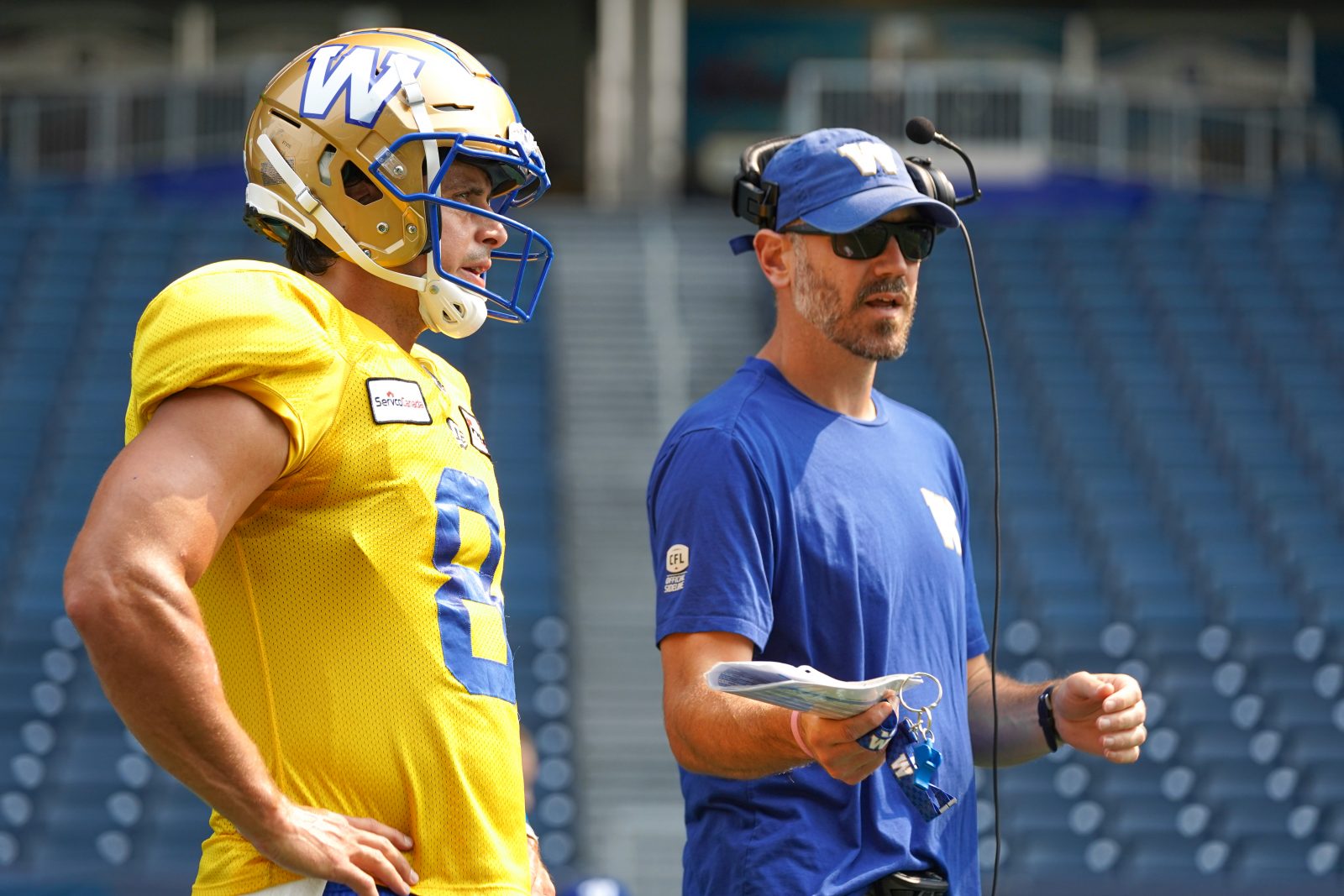 “I’ve performed well enough for us to win games,” said Collaros when asked to assess his game and that of the offence after a closed-to-the-media practice on Wednesday. “As a unit and myself individually, we’re getting better every week, seeing the pictures and understanding the game plan of what we’re trying to attack and when we’re trying to attack it and understanding the rhythm of the game and the moments of the game and situational football and just getting back into the swing of things.

“I’d like to say I’ve gotten better with each week and we as a unit have, too.”

The Bombers now rank third in offensive points per game at 21.3 (Montreal is 25.3; B.C. is at 23.0) and leads the CFL with 15 touchdowns. Yet, to a man this crew continues to fixate on the plays left on the field, not just those that make the nightly highlight packages.

“We’re getting there, for sure,” said Demski. “There’s still some stuff that we’ve got to clean up, but we’re not worried about it. We know we’ve just got to stick to the game plan and play good football, play smart, have good IQ, play physical and we know we’ll get to where we want to be.

“It’s just the little details, honestly. That’s what it is at the professional level – it’s the little details. It’s IQ… I’ve mentioned drops a little bit, I don’t think we had any last game, but consistency is huge in the CFL. It’s taking care of the little details as a team and pushing forward. Our goal in the offensive room is to end every drive with some offensive points. Until we can do that drive in, drive out we feel like there’s more left to accomplish.”

Since he return from injury, Harris has moved into sixth place in the CFL’s rushing race with 256 yards. And the work of Collaros in efficiently running Buck Pierce’s offence means that two players are in the Top 10 in receiving yards with Kenny Lawler second to Calgary’s Kamar Jorden with 468 yards and Demski ninth at 313 in just four games. Still, a veteran bunch on offence won’t – to borrow an old line – separate a shoulder patting themselves on the back. That comes from the head coach, Mike O’Shea, and it comes from Collaros.

“I don’t think you can pinpoint one thing,” said the Bombers QB about what needs to be cleaned up to find that next gear. “It’s the details that I talk to you guys about often after games or after a practice. It’s eliminating missed assignments and alignments on the edge. It’s improving our communication up front with the linemen, with the receivers, with Andrew and myself. It’s the little details that when they all come together the play works at a high level like it was drawn up.