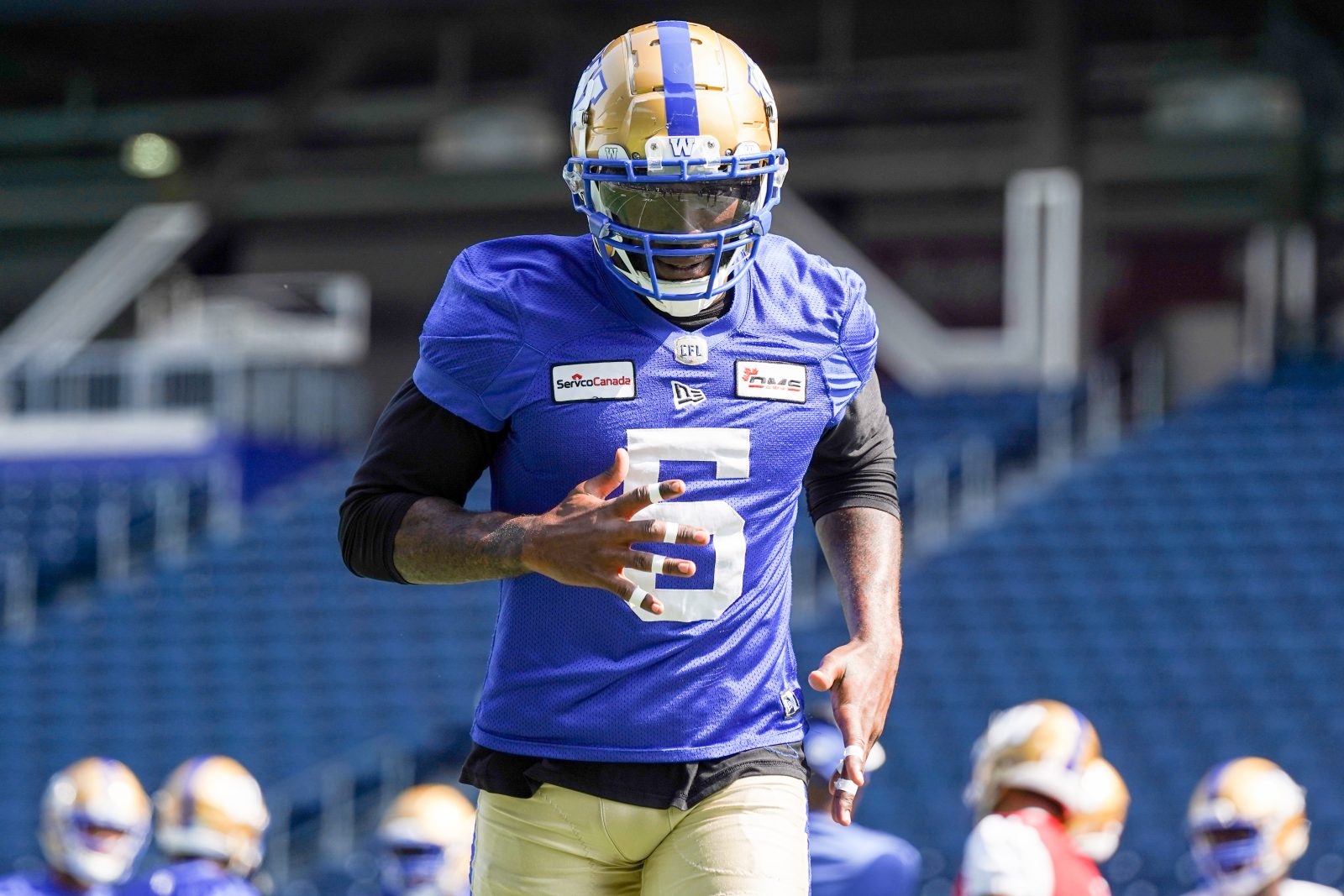 This is the 17th edition of the Banjo Bowl, with the Bombers holding a 9-7 overall edge. The Bombers have also won four of the last five Banjo Bowl meetings, including 35-10 in 2019 when Chris Streveler threw for two touchdowns and ran for two more.

“We have to allow ourselves to sit back for a minute or two and really take in the crowd,” said Bombers head coach Mike O’Shea. “It’s pretty impressive. I love seeing a full house, every player does.

“…  So, I will take the time to take a step back for second and appreciate the crowd and what they bring for us. I imagine all our players will do the same at some point, too. It’s not lost on our players how important our fans are to us.”

The Bombers have made two roster changes from Week 5. Coming aboard are LB Jontrell Rocquemore and DE Nick Dheilly.

Off are DB Noah Hallett and DT Ezekiel Rose. This will be Dheilly’s first game as a pro. A fifth-round draft pick by the Bombers in 2020, he played his college ball at the University of Saskatchewan and is a Regina product.

Three milestones to keep an eye on, all related to Andrew Harris:

“I felt like myself a lot more in the last game, definitely from the first game,” Harris said Friday. “I knew I was going to get better as the season went on and I got more comfortable and got more reps. Without having really any training camp at all – the first two games were really my training camp – so hopefully everything will be back to normal or status quo from what I’m used to and whatever my new normal is as far as having that year off and being a year older.

“The biggest thing for me is just getting back to my normal is and playing my own style of football play in, play out.” 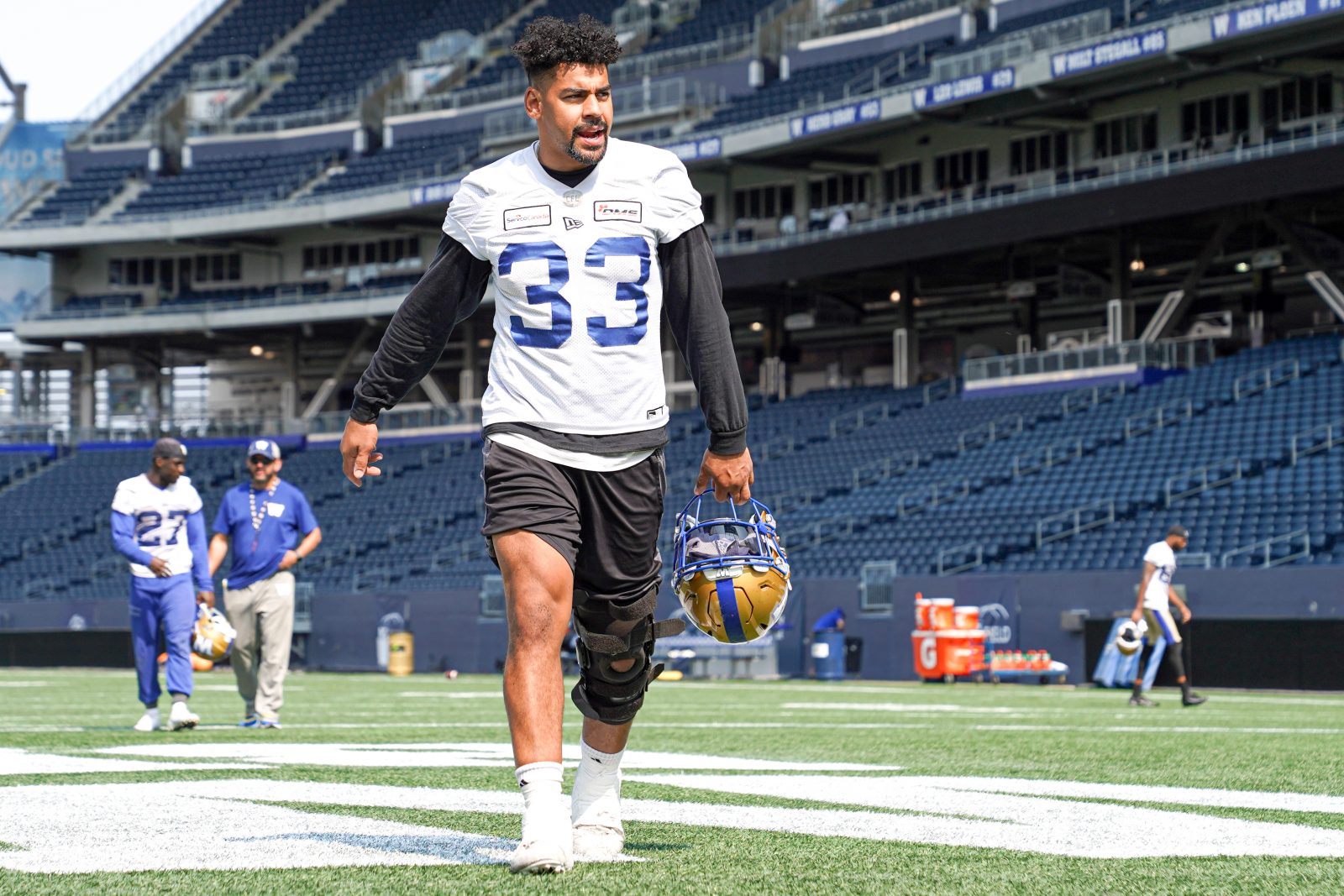 #45 DeAundre Alford, CB: Deatrick Nichols is getting a lot of attention early this season, and with good reason, but Alford is looking more and more comfy in the Bombers secondary.

#13 Marc Liegghio, K: He’s hit on five of his seven field goal attempts – including a game winner against Calgary – but there is also a new kicker in town in Ali Mourtada.

#6 Charles Nelson, KR/WR: Ranks sixth in the CFL in punt return average (8.1 yards) and has a 32-yard return, but there is room for improvement.

#4 Adam Bighill, LB: Shades of ’18 for the veteran middle linebacker who three years ago was the CFL’s Most Outstanding Defensive Player. Has 30 tackles, second to Ottawa’s Avery Williams (32), a fumble recovery and two tackles for a loss. 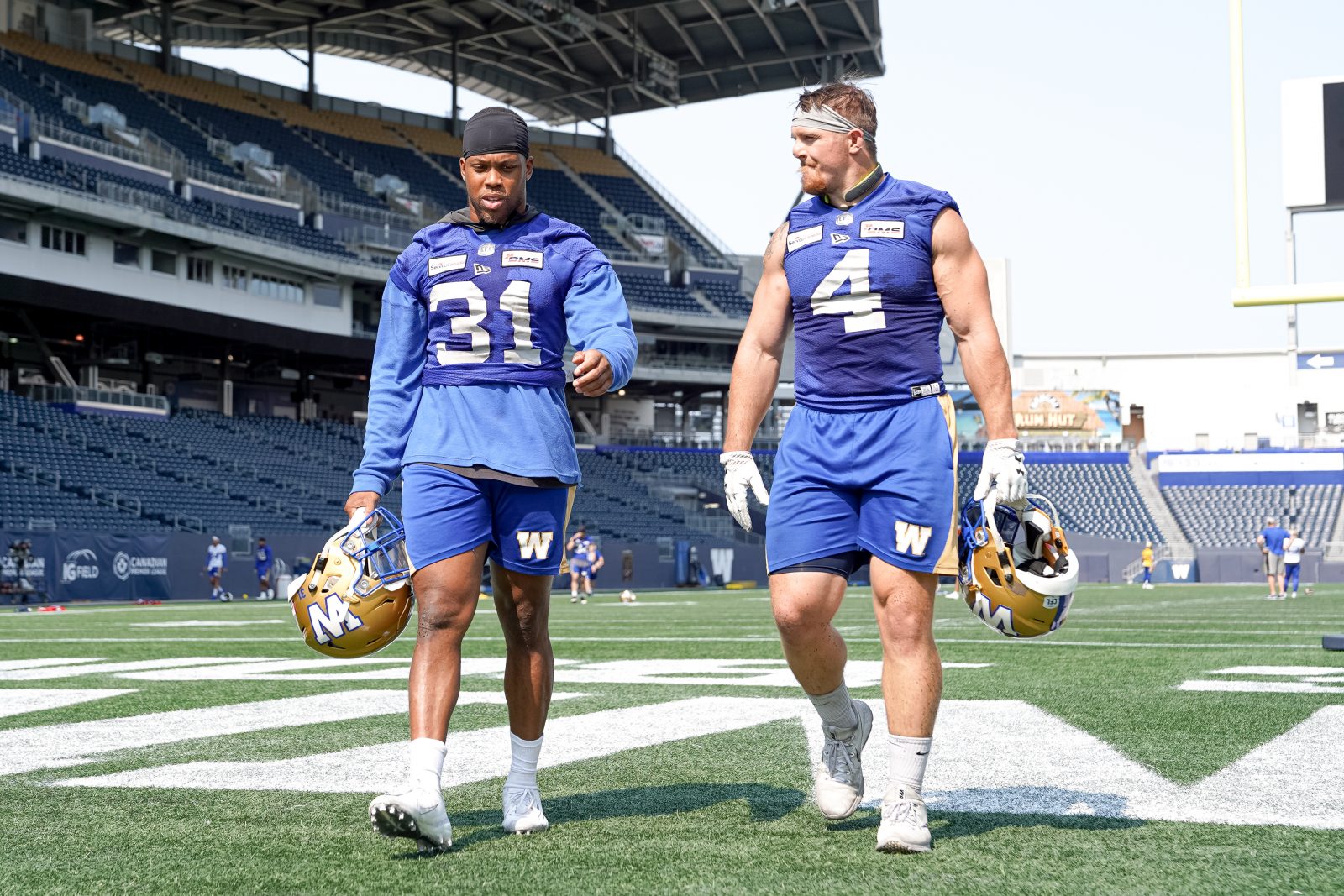 The Riders are making a handful of changes from their roster a week ago. Coming back is dominant DT Micah Johnson, but Saskatchewan’s secondary will be missing Ed Gainey and Louchiez Purifoy and moving Nick Marshall from corner to halfback.

Also out are WR Jordan Williams-Lambert and defensive end A.C. Leonard, who was suspended Friday by the CFL for two games for failure ‘to provide a sample for drug testing as outlined in the joint CFL-CFLPA drug policy.’

“No matter who’s out there we’re going to have to play a great football game to win,” said Bombers quarterback Zach Collaros. “They’re a great team, very physical and a disciplined group, too.”

“Any time I come from a team and I get an opportunity to play against that same team – especially with players and staff over there that were there when I was – I want to show them what they let go, and show them the reason why they shouldn’t have let me go.

“It is what it is with Saskatchewan. I have good friends over there still, teammates, staff… but when it comes to Labour Day/Banjo Bowl, I hate ‘em.” – Bombers defensive end Willie Jefferson on playing one of his old squads, the Riders.