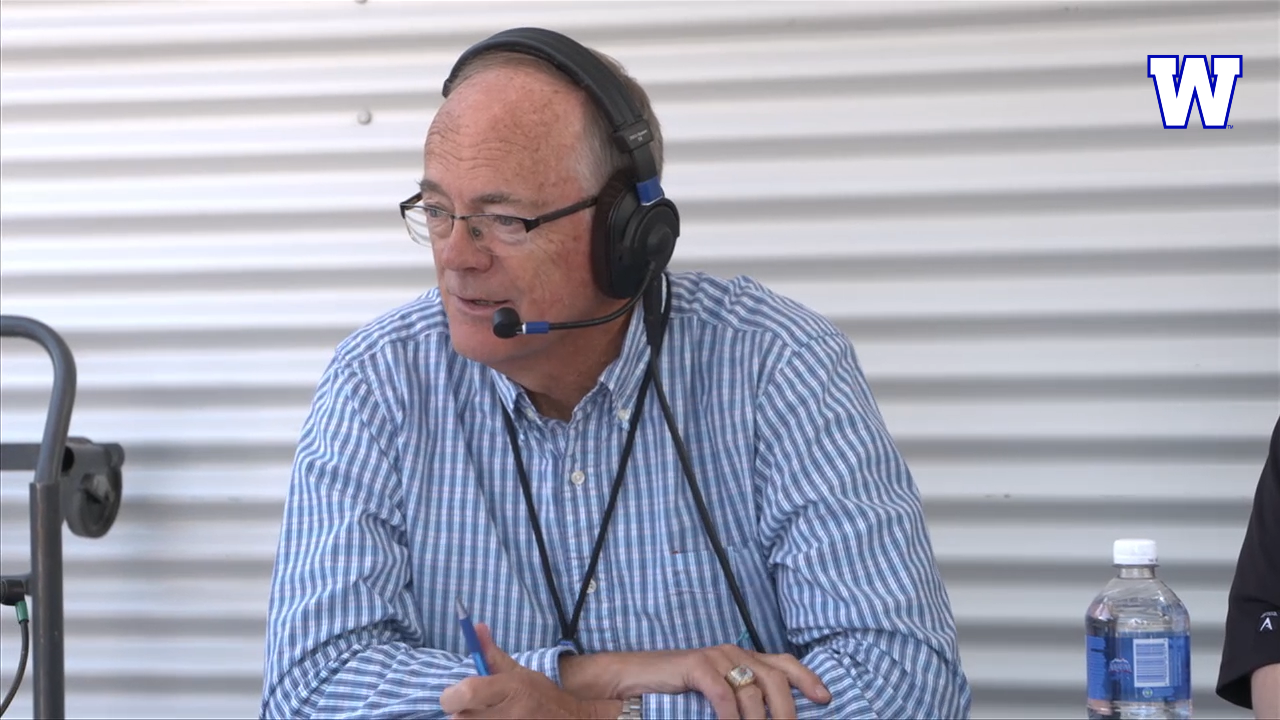 The Winnipeg Blue Bombers and the Canadian Football League are returning after a long absence. Bluebombers.com has invited three men with three different perspectives to offer up their thoughts on what they return means to them.

From as far back as I can remember, I’ve always been a sports fanatic. And I’m really not sure how that happened.

As a kid growing up in Regina in the 1950’s and 60’s, there was no internet or social media, we only had one TV channel and the only newspaper that I even knew existed was The Regina LeaderPost. Radio was how I got most of my sports information, and somehow I got infected with the sports germ.

Listening to radio in Regina meant you heard a lot about the Saskatchewan Roughriders, and in my teen years, my biggest sports idols – along with Bobby Hull and Roger Maris – were, of course, two Roughrider greats: Ron Lancaster and George Reed.

Falling in love with the Canadian Football League was easy. It was really the only game in town in Regina (with apologies to the Western Hockey League’s Pats) and so I was hooked. I got into the broadcasting business in 1969 at the tender age of 19, and when I was fortunate enough to get hired by 680CJOB in Winnipeg in 1973, my exposure to the CFL moved to another level.

Since the day I arrived at CJOB I’ve covered the Winnipeg Blue Bombers. And as I head into my fifth decade of following the Bombers and the CFL, my affection for the league has only deepened. It’s been quite a rollercoaster ride, from folding franchises, to bad owners, to team-saving telethons, a failed U.S. expansion, and now a pandemic that has dealt the CFL the biggest setback it has ever experienced. Through all that, the league has survived and at times thrived. It has produced great players, great teams and so many weird and wonderful storylines, it’s hard to keep track of it all.

And I’ve loved every minute of it.

One thing I know for sure right now is that I can’t wait to get back in the CJOB broadcast booth with Doug Brown at my side and tell the story of the 2021 Blue Bombers. Having the opportunity to do professional football radio play-by-play in Canada is rare. There are only a few of us across this league and I consider it a privilege to be one of them. And while I’ll never know what it’s like to play in a game, broadcasting them is a good consolation prize.

It’s hard to explain unless you’ve done it, but when you are doing play-by-play, there is a feeling that you are actually a part of the game. And when you have been the voice of a team for as long as I have, it is impossible not to develop an affinity for that team.

So, when I reflect on the end of the 2019 season – the final regular season win against Calgary and then the playoff wins in Calgary and Regina before the Grey Cup — those are four games I’ll never forget. I was thrilled to broadcast them and equally thrilled to see the good people who have worked so hard to make the Bombers a winning organization be rewarded with the ultimate CFL prize.

Now, I eagerly await August 5th when Doug and I can once again slap on the headsets, shut out the rest of the world for three hours, and describe the fortunes of a football team that is a cherished cultural icon in the city of Winnipeg. And that has become a big part of my life.