“The expectations are through the roof” 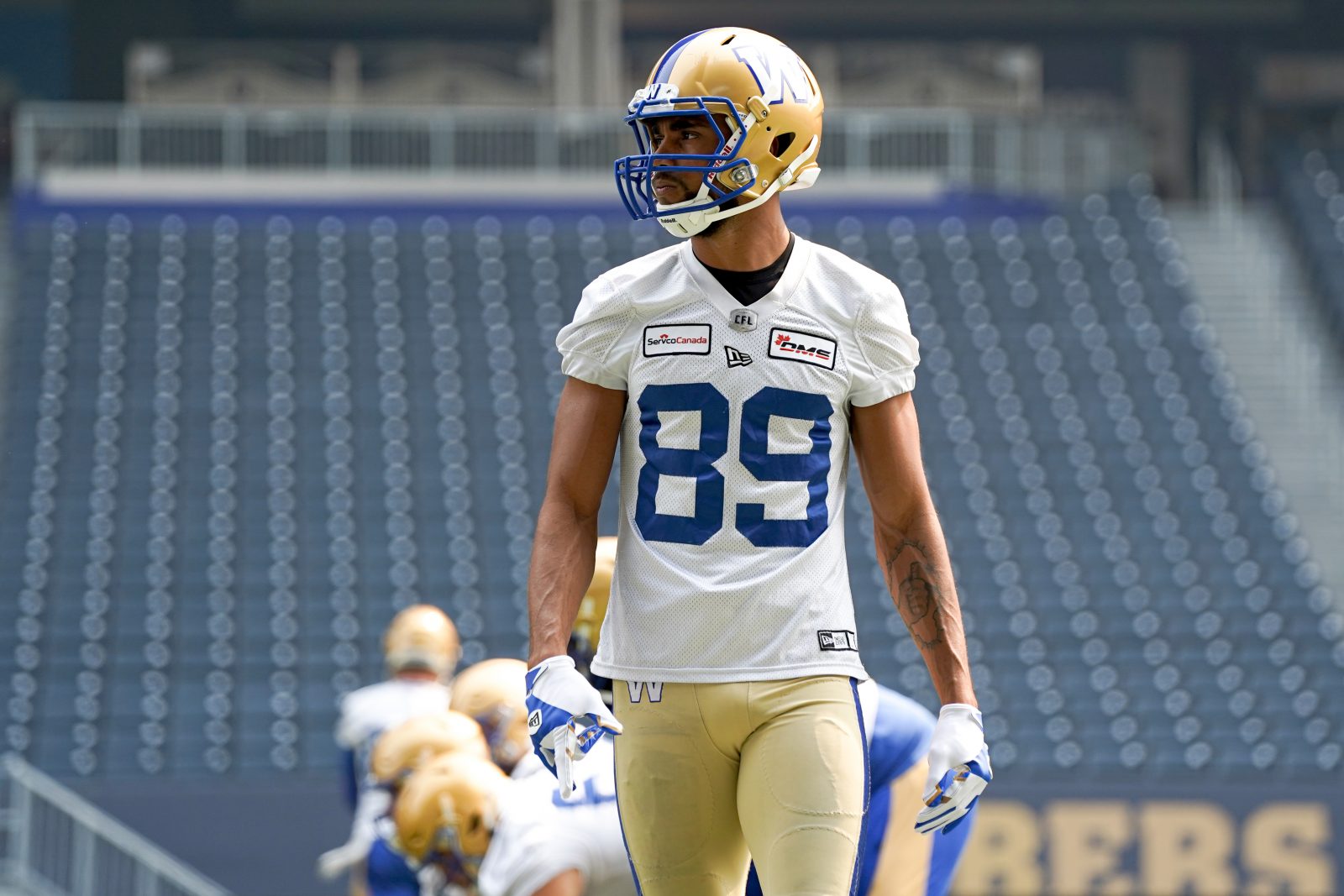 “The expectations are through the roof”

It’s not an official Canadian Football League honour, like the Most Outstanding Player, Rookie, Offensive Linemen, Defensive Player, Special Teams Player or Canadian awards this grand ol’ loop bestows upon the best during Grey Cup week. In fact, it’s an entirely made-up honour with no prestige or financial value at all, but one we’ve trotted out in years past in this space just as a conversation starter.

And so as we gaze again into a mythical crystal ball we offer up this year’s nominee for the Winnipeg Blue Bombers Bust-Out Player of the Year Bauble – receiver Kenny Lawler. All this might seem a bit of a stretch given Lawler has already been previously recognized, having been named the Blue Bombers’ Most Outstanding Rookie in 2019 after leading the team in receiving.

Even in so doing, his numbers – 43 receptions for 637 yards and four touchdowns – were modest as the Bombers went through three different starting quarterbacks in Matt Nichols, Chris Streveler and Zach Collaros. But in selecting him as our bust-out candidate it’s not implausible to think that those numbers might double, given his comfort level in the offence and the outstanding training camp he just completed.

“I hold myself to the highest standard so, for me, the expectations are through the roof,” said Lawler during a media Zoom call on Monday.

Lawler said that when the 2019 season finished after the Bombers’ Grey Cup victory, he had two offseason goals: get into the gym and the playbook even more.

“One thing I felt during that season was I wasn’t in the weight room enough,” Lawler admitted. “That had a big effect on me when it came to breaking tackles, my explosiveness, my endurance… that one aspect in my game really made my game decrease throughout the season, especially when it starts getting colder. One thing I knew I needed to change was to always be in that weight room working, whether it’s squats, power cleans, bench press, some core… all of that has a lot to do come game day.”

“I believe I can catch with the best of them, I can make jump-ball catches, I can run routes. There was that and learning the whole offence because I know if I know the whole offence I’m not out there thinking in the middle of my route, I’m not out there thinking when I get to the line of scrimmage. I’m able to play faster when I know everything.”

Lawler’s best game in ’19 came in a September loss to Hamilton in which he pulled in 10 passes for 144 yards. But his 16 games also included two games in which he didn’t have a reception, and three more when he just had one catch.

Interestingly, his chemistry with Collaros was almost instant and in the quarterback’s four starts – including three in the playoffs – Lawler had 15 receptions for 185 yards and two touchdowns. That relationship has only grown further through camp and should carry into the regular season.

“There’s an increased leadership role with him as well and he’s done that in camp,” said Bombers offensive coordinator Buck Pierce. “He’s a more vocal guy. He’s leading meetings, leading individual periods for that group, which is great to see. He’s had that physical abilities to make plays and now it’s just rounded him into a really good football player. We’re excited to see that from him.”

Asked to compare where he is now to his first start in the CFL – the 2019 season opener in Vancouver against the B.C. Lions – Lawler grinned.

“My first start was my first game ever in the CFL – besides preseason,” he said. “But, man, that game I was strictly at one position and I was very one-dimensional.