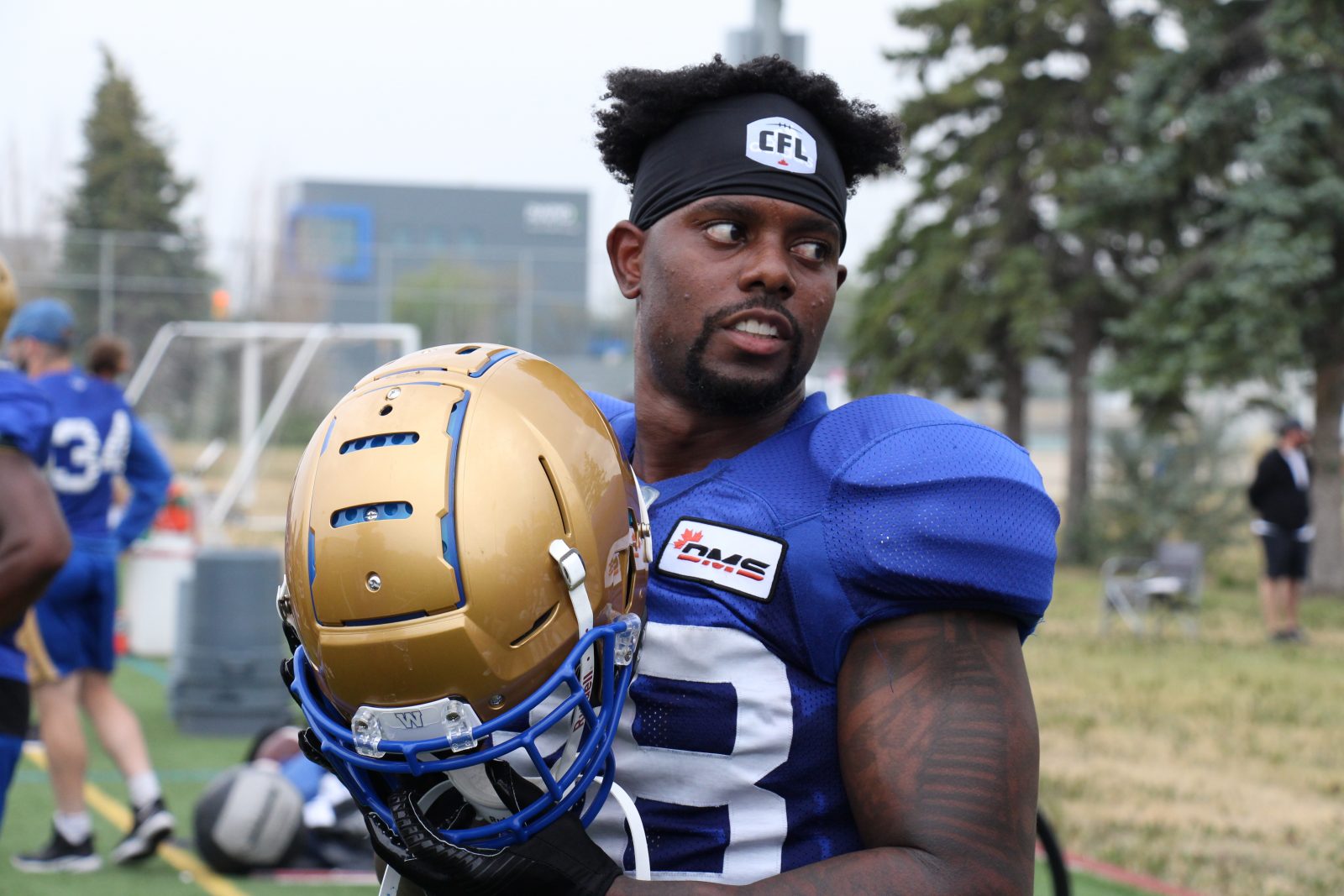 A player can hear it a thousand times, but until he really lives it – until it truly hits home – it’s nothing more than a phrase spit out so often it’s cliché: ‘Great game, crappy business.’

Well, Alden Darby has now lived it all for the first time this week after being traded to the Winnipeg Blue Bombers from the Toronto Argonauts on Monday. And a day later he found himself in a different city and a different locker room still trying to wrap his head around how his life had been so suddenly uprooted.

“This is my first time ever being in this position, this situation, so there were actually a lot of things going through my mind,” began Darby in his first meeting with the media on Wednesday. “My brain really didn’t clear up for a few hours, it was actually really foggy. It was surreal… It’s kind of like, ‘What do I do? My life is here, my cars are here, my apartment is here…’

“There was a lot going through my mind at the time, so I just took a little time to take a deep breath. I had heard a lot of good things about Winnipeg, the city and of course the team. Being the defending Grey Cup champs there was a lot of good vibes and good energy I heard from former teammates of mine and previous teammates of mine about Winnipeg and the organization.

“I was actually really excited after I calmed down and realized that everything would be OK.”

Still, that’s a ton to have to process. Darby lived in Toronto year round and was one of the team’s most popular players and one of the busiest in the community. And then on Monday he was approached by an Argos staffer who asked him to accompany him out of the locker room.

Jokingly, he asked ‘Should I bring my playbook with me?’ He said, ‘it’s fine’ and I said, ‘You sure?’

“So I walk in there and that’s when I found out about the trade. Everybody loves football, but football loves nobody,” he added, later. “That’s one of the things my close friend Shaq Richardson said: ‘Man, we’ve been gone for about a year and we forgot about the business side of things.’ That’s the harsh reality, it’s still a business and teams have to make the best business decisions they believe for the team, regardless of a player’s status in the community or how much teammates may or may not like the person.”

The Bombers are getting an experienced defensive back in Darby, who appeared in 43 games from 2017-19 with the Argos. He’ll be added to a crew here that will be experiencing a lot of change after the departures of Winston Rose and Marcus Sayles and now the season-ending Achilles injury suffered by Mercy Maston earlier this week. 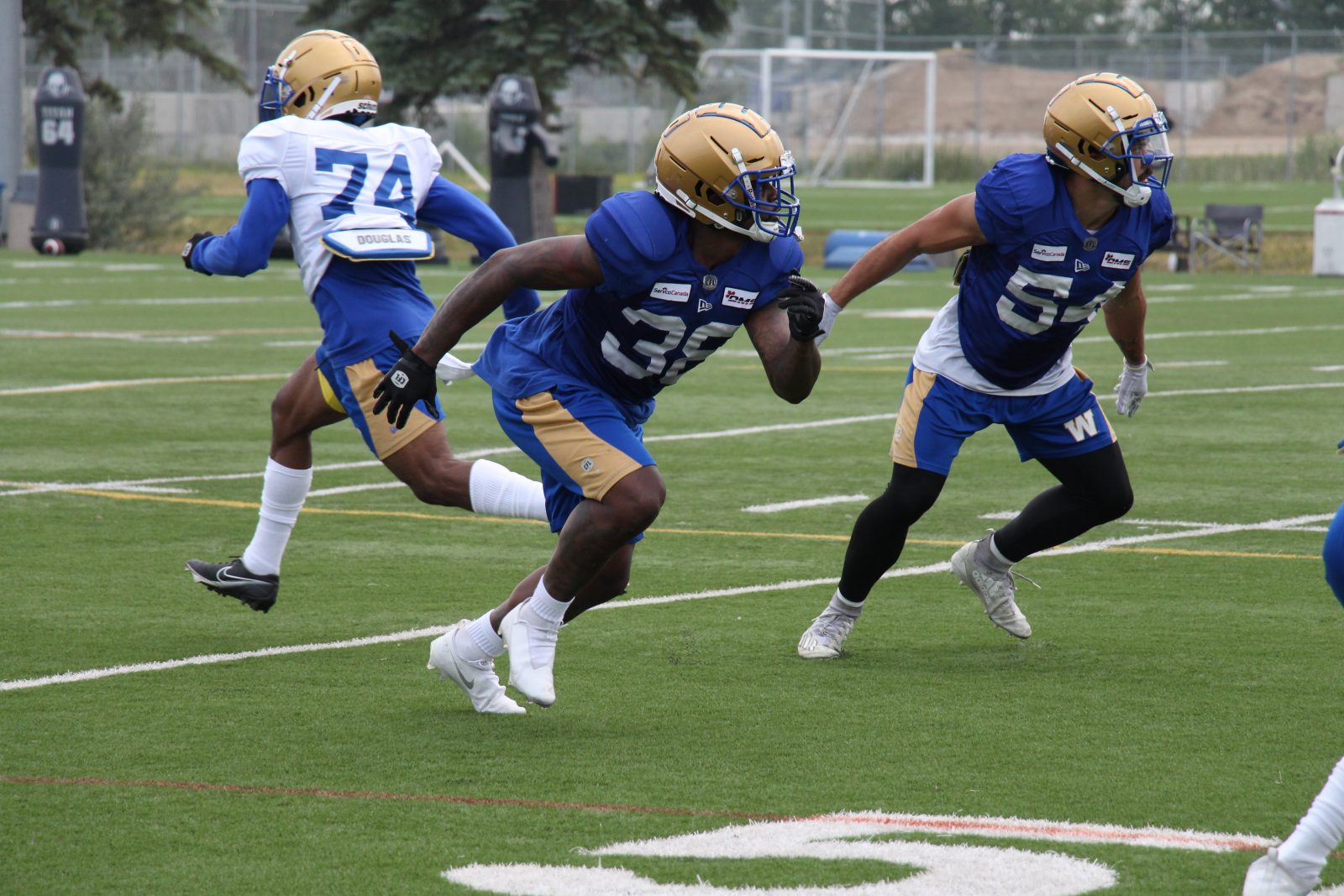 “It’s going to be a little different system but, once again, any time you’re dealing with a guy who’s got a bunch of starts in the CFL and understands the size of the field, the route combinations, what CFL offences are trying to do… the communication aspect, I know he’s a good leader, I know he’s good in the locker room, I know he’s a good guy,” said Bombers head coach Mike O’Shea. “So he’s a good fit from that standpoint and we’ll see what position best suits him and where we need him to slot in.

“I expect to have a guy step on the field and it won’t look anything like a guy who is new to the CFL by any stretch of the imagination. He’s made a pile of plays in the CFL so it should be fairly pleasing to see how quickly he picks it up.”

O’Shea did stress that Brandon Alexander would remain at safety because of his leadership, but Darby could line up at any of the other spots in the secondary.
“I have no idea (what position he might play) yet,” Darby said. “I’m honestly just going to learn the system, learn my teammates and how they do things here in Winnipeg. I want to learn the Winnipeg way and fall in line.

“Hearing how the guys are talking and speaking with some coaches the Winnipeg way fits who I am as a player, fits who I am as a human being – doing things the right way, going that extra mile and it being a family and looking out for your brothers. So, for me it’s right up my alley. It’s working hard, showing up for work every day, bring your lunch pail to work every day and going that extra mile and taking care of your business. I look forward to show my buy-in with actions and continue to learn. I still have to learn.”