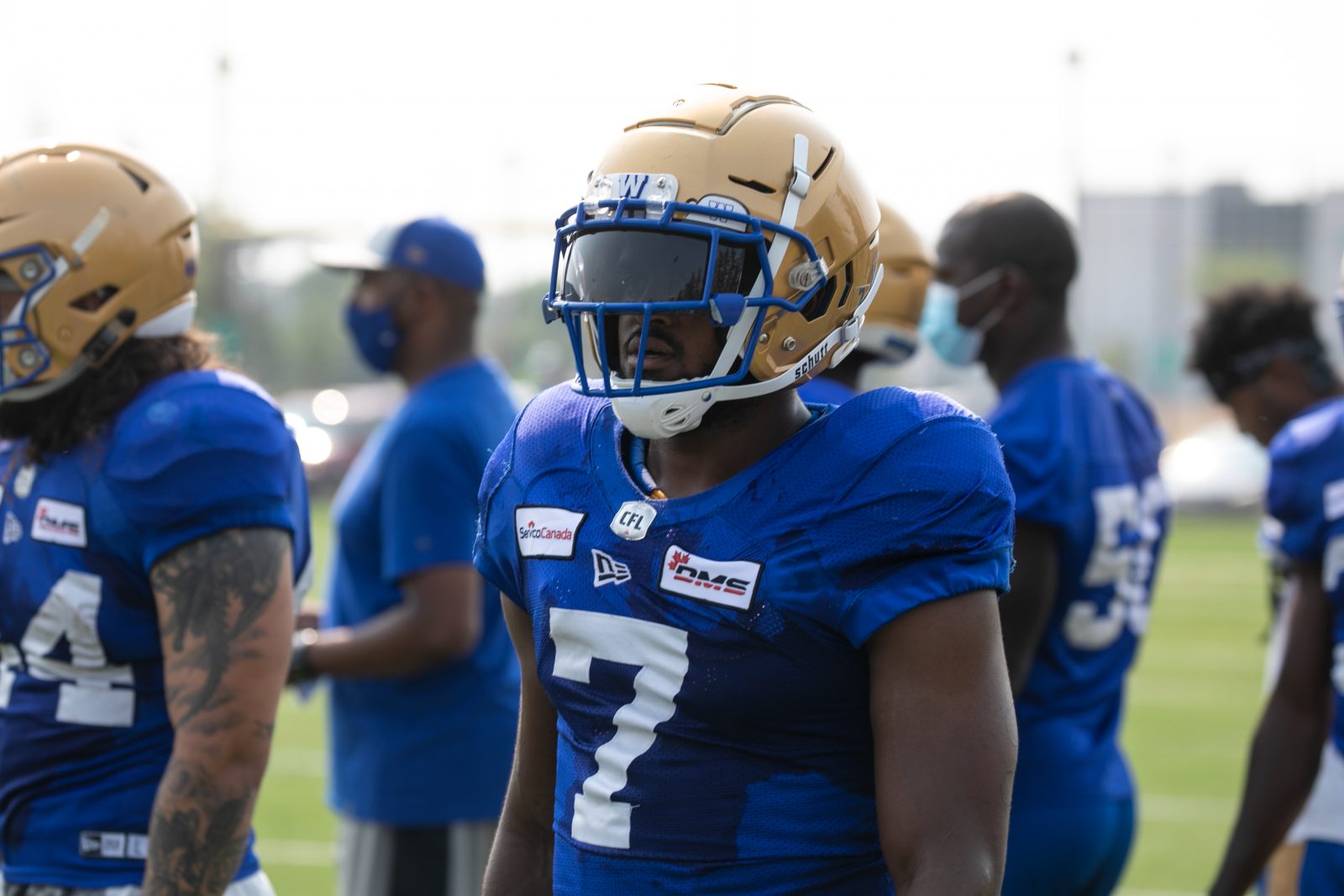 It’s one of the cold, hard realities of professional football: one man goes down with an injury, another steps in at the first opportunity. And so it went Monday for the Winnipeg Blue Bombers as veteran defensive back Mercy Maston was lost for the season with an Achilles injury suffered late in Sunday’s practice session.

Less than 24 hours later, the club had swung a deal with the Toronto Argonauts for help, landing veteran Alden Darby as a possible replacement in exchange for import offensive lineman Terry Poole. Maston had surgery on his right Achilles Monday; Darby should be on the field in a few days after quarantining upon his arrival in Winnipeg.

“Obviously losing a guy who was slated to start and was very effective for us… it’s tough. It’s tough,” said Bombers head coach Mike O’Shea. “It is pro football, pro sports. You’ve got to be resilient in terms of a coaching staff in figuring out the roster.

“But the personal side is not easy. You’ve got a young man who waited a long time to get back on the field like all these other guys and he was, to me, such an integral part of our run (in 2019). Very effective player, hard-nosed guy. I love his personality out there on the field. Certainly that will be missed. Now we’re going to get to work and figure out what that looks like in terms of the roster and who steps into that spot.”

It’s not a given that Darby will immediately move into Maston’s spot, but he does bring a ton of experience that will make him a good fit somewhere in the secondary. Darby appeared in 43 games over three seasons in Toronto – 40 of them starts. The 29-year-old vet started 35 games over 2018-19, with 119 tackles, one sack, seven interceptions and two touchdowns. 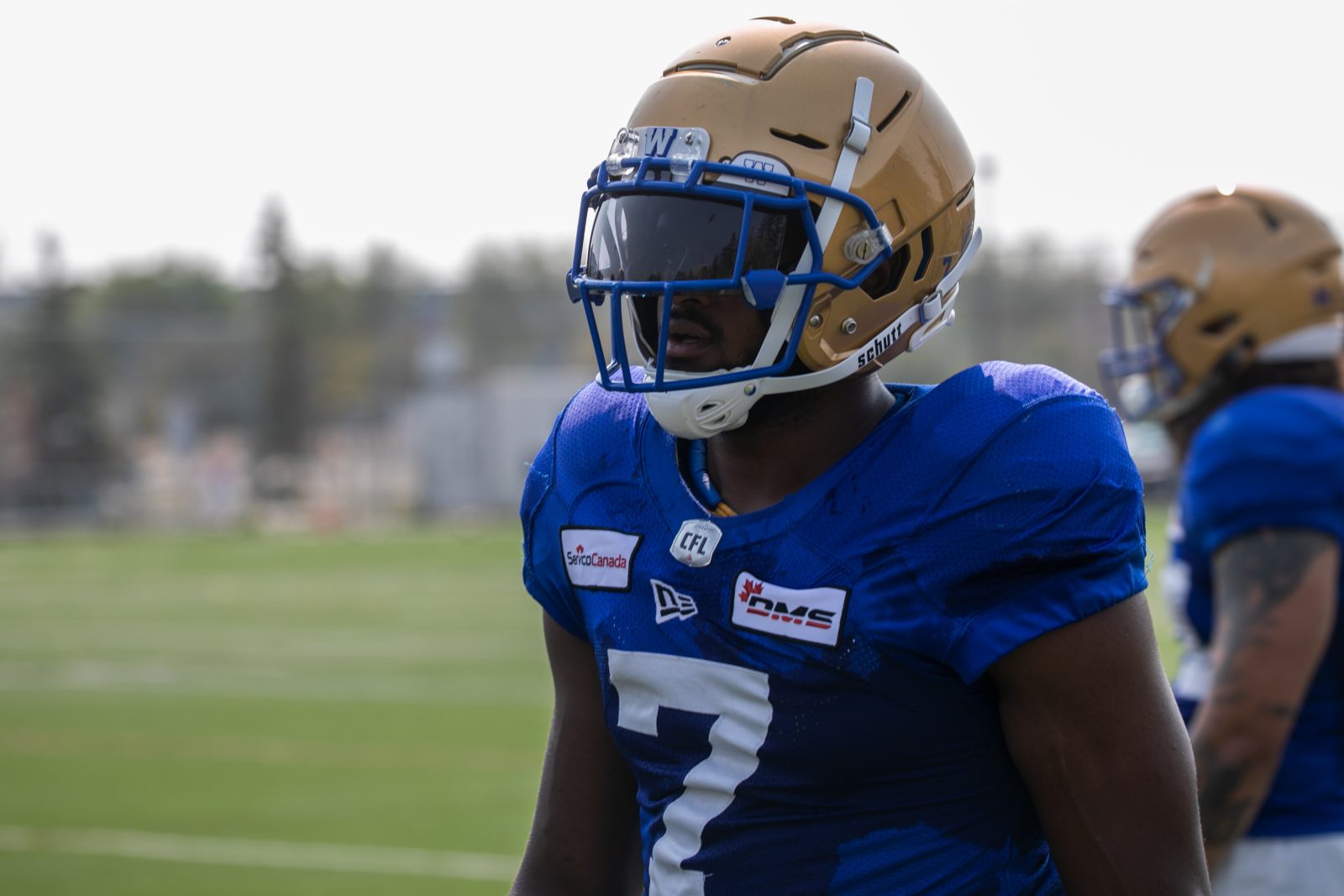 “The No. 1 thing for us is you’ve got a guy who’s got experience,” O’Shea said. “He’s started a pile of games in the CFL in the secondary, so he understands CFL offences, route combinations, width of the field, spots on the field that are ‘hot’… he understands a lot of that stuff.

“We will have to take some time to get to know him and figure out exactly where we want to put him and how that looks. It’s still training camp, so he understands he’s going to have to come in and compete, too, and he’s a little bit behind. But what’s going to allow him to come in, jump in and learn our system and give himself a chance is the fact he has a lot of CFL experience.

“We’ll look at him at a bunch of different spots. It won’t be that we’re just going to plug him in (to Maston’s spot). We’re going to have to move him around and see where he best fits in our defence. That goes both ways, where we can put him in to be successful. We still have half a camp left, so let’s keep juggling until we find the right combination that’s going to help us win football games.”

Maston was injured while covering receiver Rasheed Bailey on a sideline route. He immediately signalled for Bombers Head Athletic Therapist Al Couture and after a few minutes, made his way to a medical station and did not return to practice.

The 28-year-old veteran joined the Bombers in August of 2019 and dressed for two games before being injured. He returned to the lineup late in the year, cementing himself into the dimeback spot for the regular season finale as part of a remade secondary that was critical in the Bombers defensive dominance in the three playoff games, including the 2019 Grey Cup victory.

Maston had an excellent first week of training camp and seemed a lock to start again in arguably the most difficult position to play in the secondary. The Bombers were already entering 2021 with two changes in their defensive backfield as CFL All-Star Winston Rose is now with the Cincinnati Bengals and Marcus Sayles, a West Division All-Star in 2019, signed with the B.C. Lions as a free agent. There’s an emotional component at play here, too, for his teammates.

“It’s tough,” said halfback Nick Taylor. “I mean, he’s more than just a teammate, he’s been my friend. In the offseason we hung out together, we went out of town, out of country together. We played in Edmonton together so he became a real close friend to me.

“It sucks. It’s unfortunate. I’m wishing him well and hope he’s back and healthy as soon as possible. But as a group we have to pull together and come through and I know we will.”