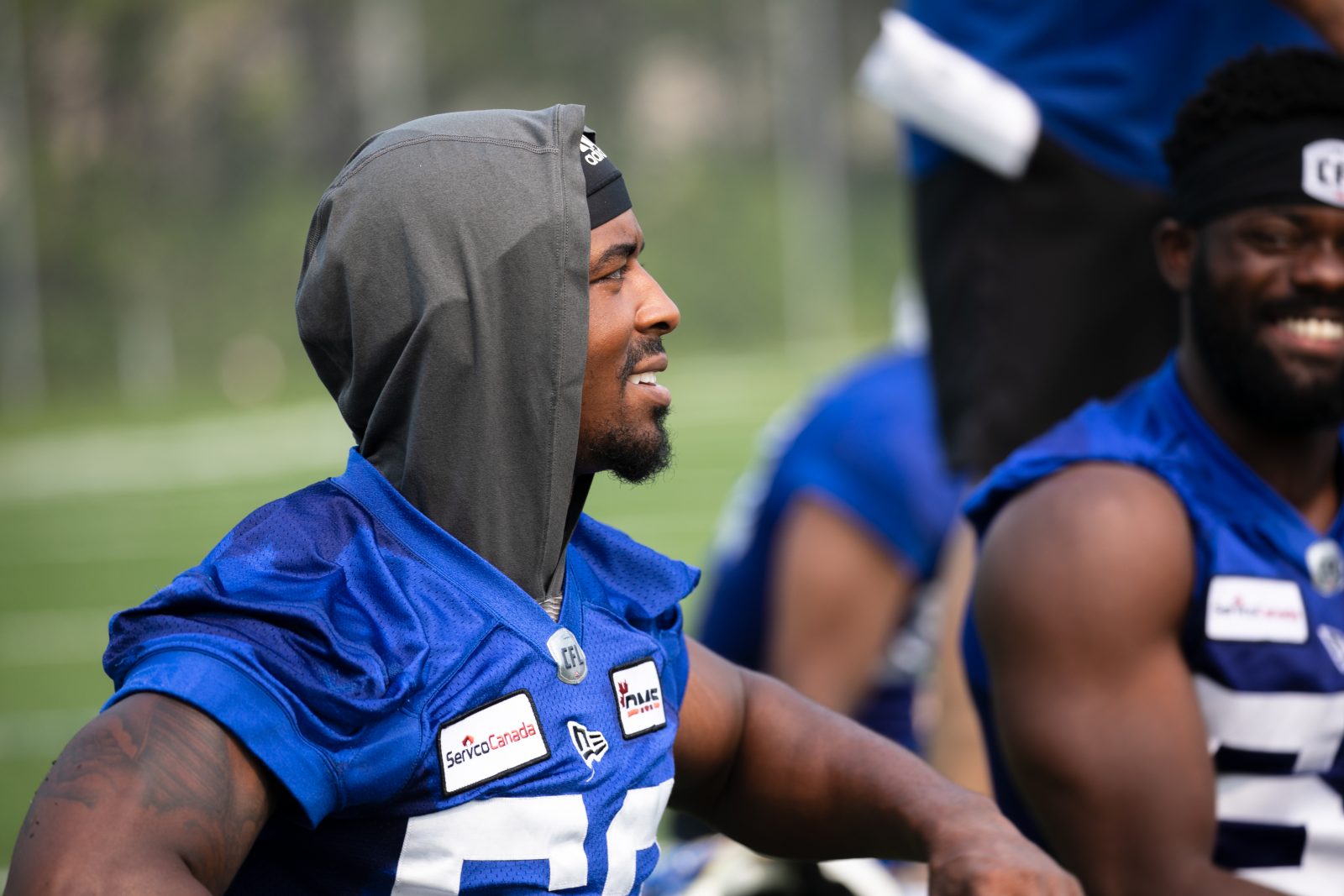 A man can learn a lot about himself when he’s out there hustling to make a buck, all the while trying to nail down some sort of future career path. Case in point, we give you Winnipeg Blue Bombers hopeful Jontrell Rocquemore who – in his pandemic-forced time away from the game – completed his MBA, considered pursuing his goal of becoming a judge, discovered photography and built a business around that and worked with student athletes at Utah State.

“I became a nerd, in layman terms, which I’m perfectly fine with,” said the engaging 24-year-old McKinney, Tx product during a Zoom call with the media following training camp on Sunday.

Oh, and there’s also more to the hustling part…

“And after that I actually went into door-to-door sales selling solar,” he said. “That was tougher than football, but it was great. It gave me a lot of different characteristics, put pieces that I didn’t have together with myself now so I’m more whole.”

Funny thing about Rocquemore… it took roughly two nanoseconds for him to make a positive first impression. Hunkering down into a chair for his media session, he was asked to run through the football journey that has brought him here. Rocquemore flashed a wide smile and opened with: “Oh, man… how much time you got?”

And by the time the Rocquemore was done conversing there was this simple takeaway: No matter how things turn out in football, this guy is going to squeeze everything out of life. There’s rolling with the punches, and then there’s bobbing and weaving and firing back. And Rocquemore has that sort of bring-it-on approach to the everyday that can be both infectious and serve him so well going forward.

It’s already helped him during his days at Utah State and then during a stretch with the Cleveland Browns in 2019. It certainly helped him during the lost football campaign of 2020. And it’s been working through Bombers camp, where the club has asked him to move from playing safety/nickel in college into the box as a linebacker.

“The best and worst thing was going through COVID or that 2019 season where I’m back and forth, going from ‘Do I try and give my all to football or do I try and build my life?’ Luckily I was able to do both,” he said.

“It’s so funny… life changes. After getting my MBA it was kind of a wake-up call for me. It opened my eyes to the business side of things. I love law, I love the justice side, I love helping people who don’t have voices and actually need the help. But there are multiple ways to do that and with my MBA there are ways to build businesses and actually start giving back to the community. It’s just a wide range of things.

“At this point I’m just really open to opportunities – that’s why I’m here – and open to growing and helping people out.” 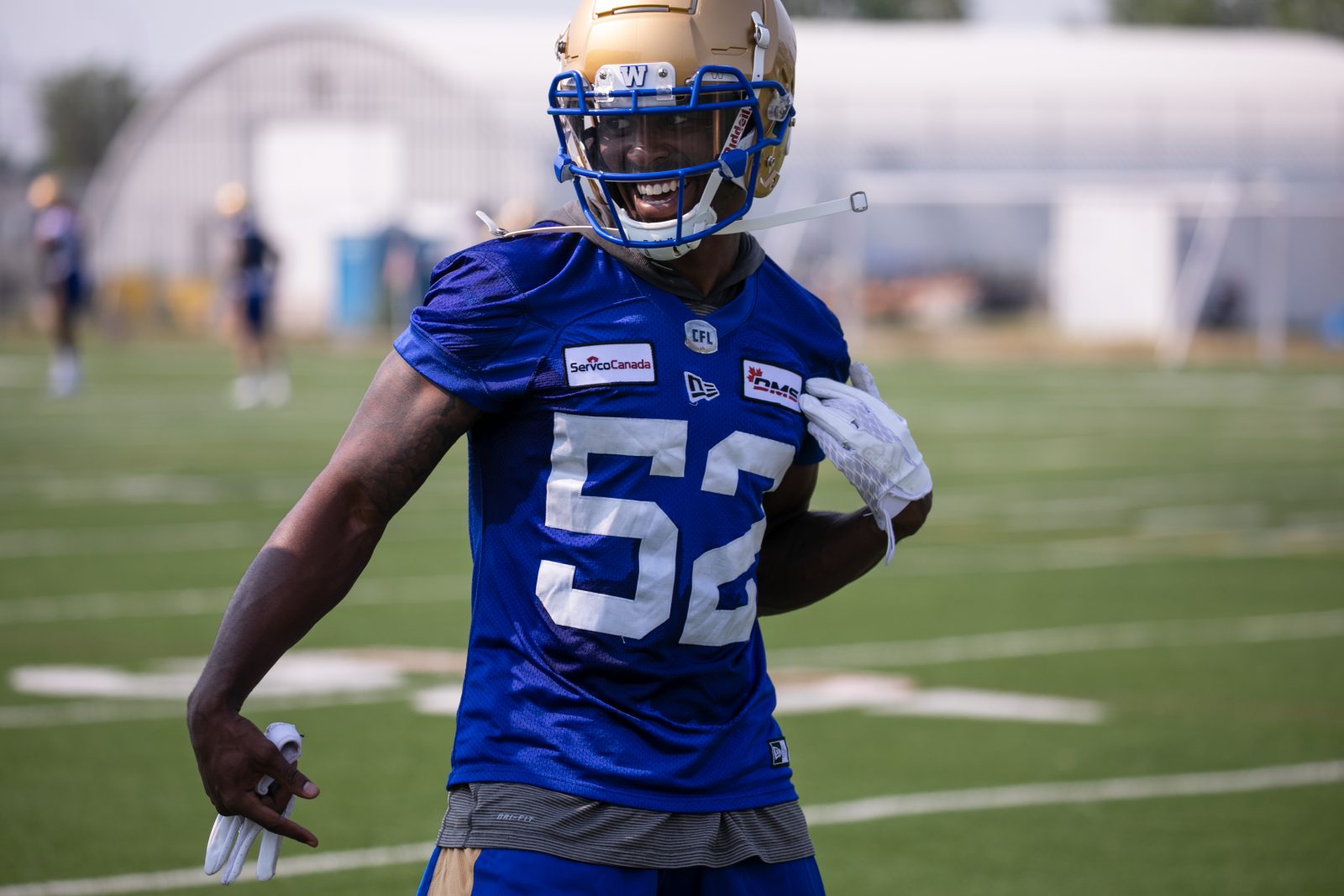 Rocquemore admittedly knew little of Winnipeg and CFL when he signed with the Bombers. But – nerd that he is – he did his homework by studying YouTube clips to learn the differences in the game. He’s been in the ears of Adam Bighill and Kyrie Wilson a ton, and also credits assistant coach James Stanley for helping him both with his position change and in understanding the Canadian game.

He was also put into contact with former Blue Bombers cornerback Chris Randle, who gave him a scouting report on Winnipeg, the organization and making sure he was in shape for the wide-open three-down game. In the end, it was his time away from football that allowed him to pursue his other interests while also teaching him a lot about himself and his love of the game.

“If I’m being completely honest with you, at one point I had to detach myself from the game – I’m sure a lot of players felt the same way,” he said. “I’ve been playing football my whole life, my identity has been with football and so not having it gave me time to find myself and get comfortable and understand that I always wanted to be a football player and play at the professional level. It is the love of the game that has brought me back.

“Being able to find myself beyond the game has given me even more confidence on the field because I understand that the game is a game and I love it, but I’m also here for a different purpose and I can also serve in other ways. So when I’m out here I’m having fun. I’m just so grateful to be here and take it day by day.”