Players feeling fortunate with the start of a new season 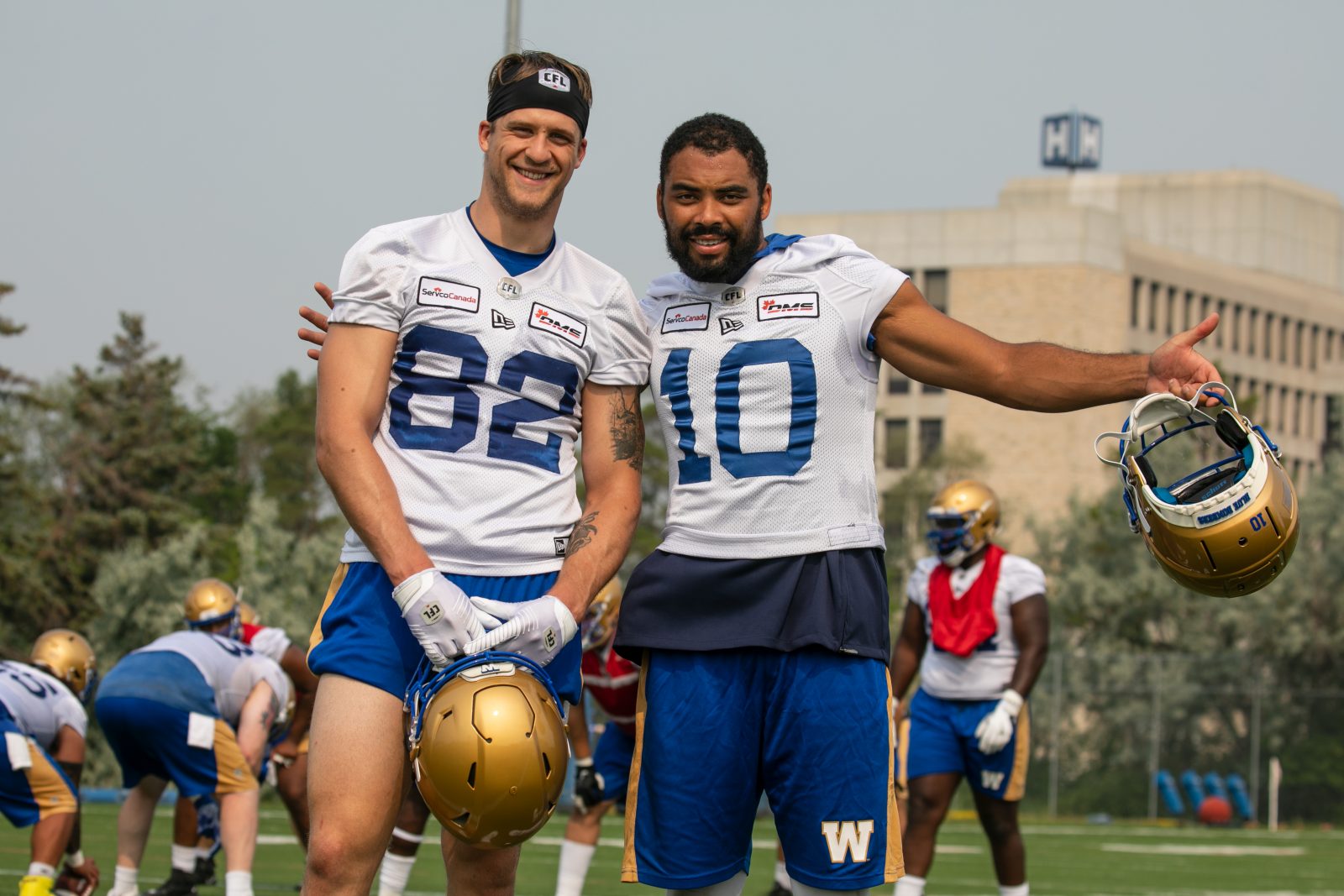 Players feeling fortunate with the start of a new season

A moment from Day 7 of Winnipeg Blue Bombers training camp stood out in an instant Friday morning and then morphed into something bigger by the afternoon. The players were pulling off their helmets to do some in-session stretching on a scorching hot morning when yours truly noticed one receiver had a white headband with the word ‘Blessed’ emblazoned across the front in black letters. And that simple message does truly resonate for everyone at Blue Bombers camp, whether they are spiritual or not. Yes, without getting too maudlin here, let’s just say there is a lot of joy in Bomberland right now.

Perhaps that shouldn’t be all that surprising, given a year without football tends to change a man’s perspective. But it’s like many have fallen in love with their sport all over again, all the while  gaining a greater appreciation of the importance of things outside the game like the people around you. Interestingly, that message was only further reinforced later after practice as the daily routine of having three or four players visit with the media via Zoom unfolded.

First, there was wide receiver Drew Wolitarsky who, among his many other talents, surely leads the Canadian Football League in deep thoughts. In his media visit, Wolitarsky touched on his music and on how the pandemic and different life events have changed his perspective. Oh, and he also spoke about staying in Winnipeg over the winter.

Asked to go through what that experience was like, he cracked “Month by month? January… torture. February… worse. No, it was good, man.”

He also spoke of a topic he’s explored before on this site, namely how his approach this year will be about not fixating on personal statistics, but in being an even better teammate. And when he was asked where this perspective comes from – he calls himself an ‘old soul’ – Wolitarsky revisited a story he wrote about last year on bluebombers.com and the impact of seeing his brother Nathan almost die in a car accident has had on him. 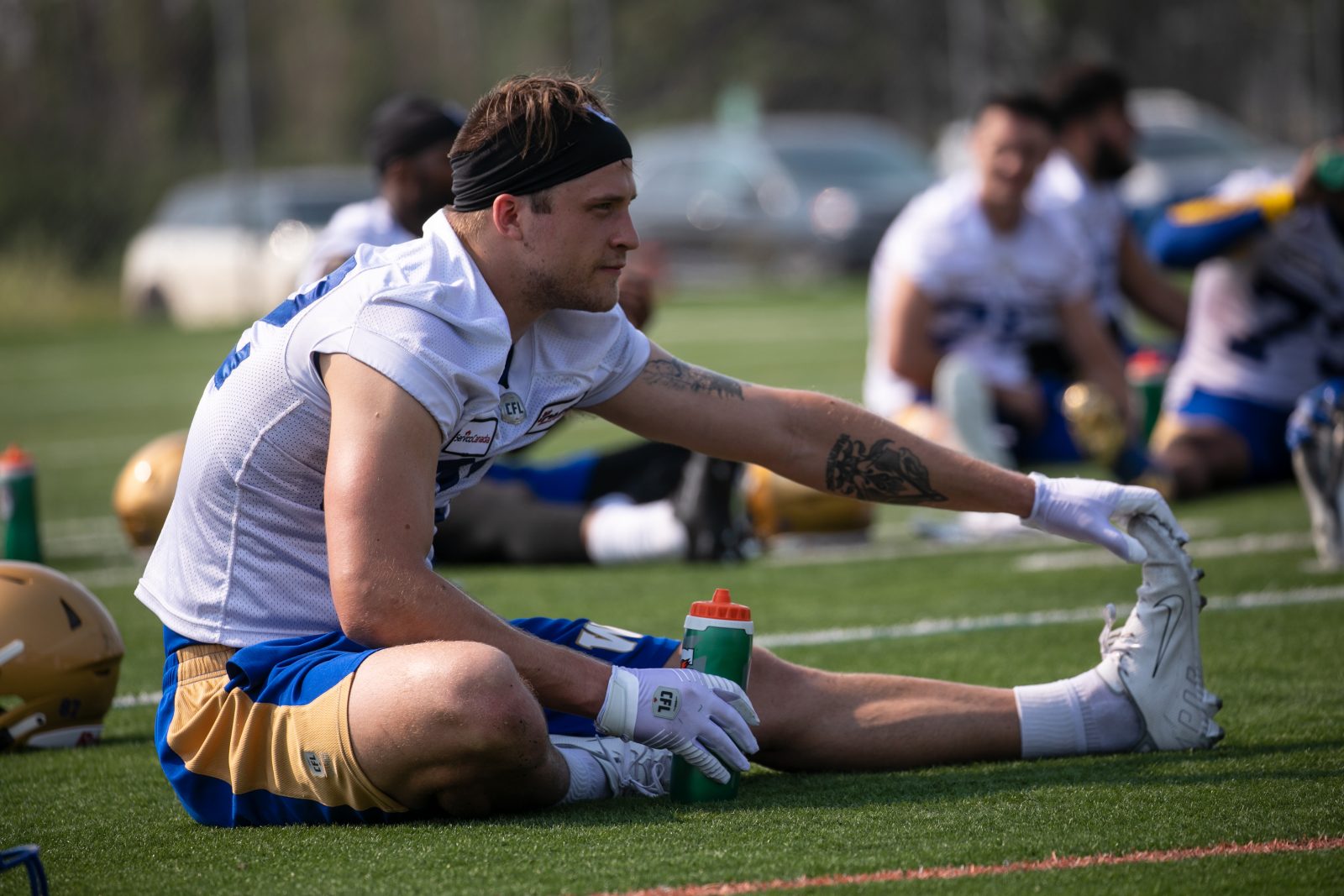 “I would just say I’ve seen some things in life, I’ve experienced some things in life that gave me a very deep perspective on what is important,” he said. “Those were painful events, but I think those are necessary to wake you up and I’ve been woken up several times in my life.

“As painful as those things were, I think it’s made me realize what is real and what is not real. That is a very clear distinction now for me. This year is a lot clearer for me mentally just being out there on the field and not over thinking, not worrying about things that really did bug me before. I don’t even think twice about them anymore, which is mind blowing and it feels great.

OK, we know what some of you might be thinking here… ‘What is this story, some sort of Sunday sermon?’ Or ‘this piece is so syrupy it should come with a handi-wipe and a roll of paper towels.’

But these emotional responses from players – and others like them over the last week or so – are all very real and raw, just as they are for many of us as we battle through the pandemic and attempt to get parts of our lives back. And many of those players seem to be very open about expressing that gratitude. Take, as an example, defensive end Jonathan Kongbo, who is returning to the Bombers after signing with the San Francisco 49ers last year and spending some time in The Spring League before re-signing with the Blue Bombers in June. 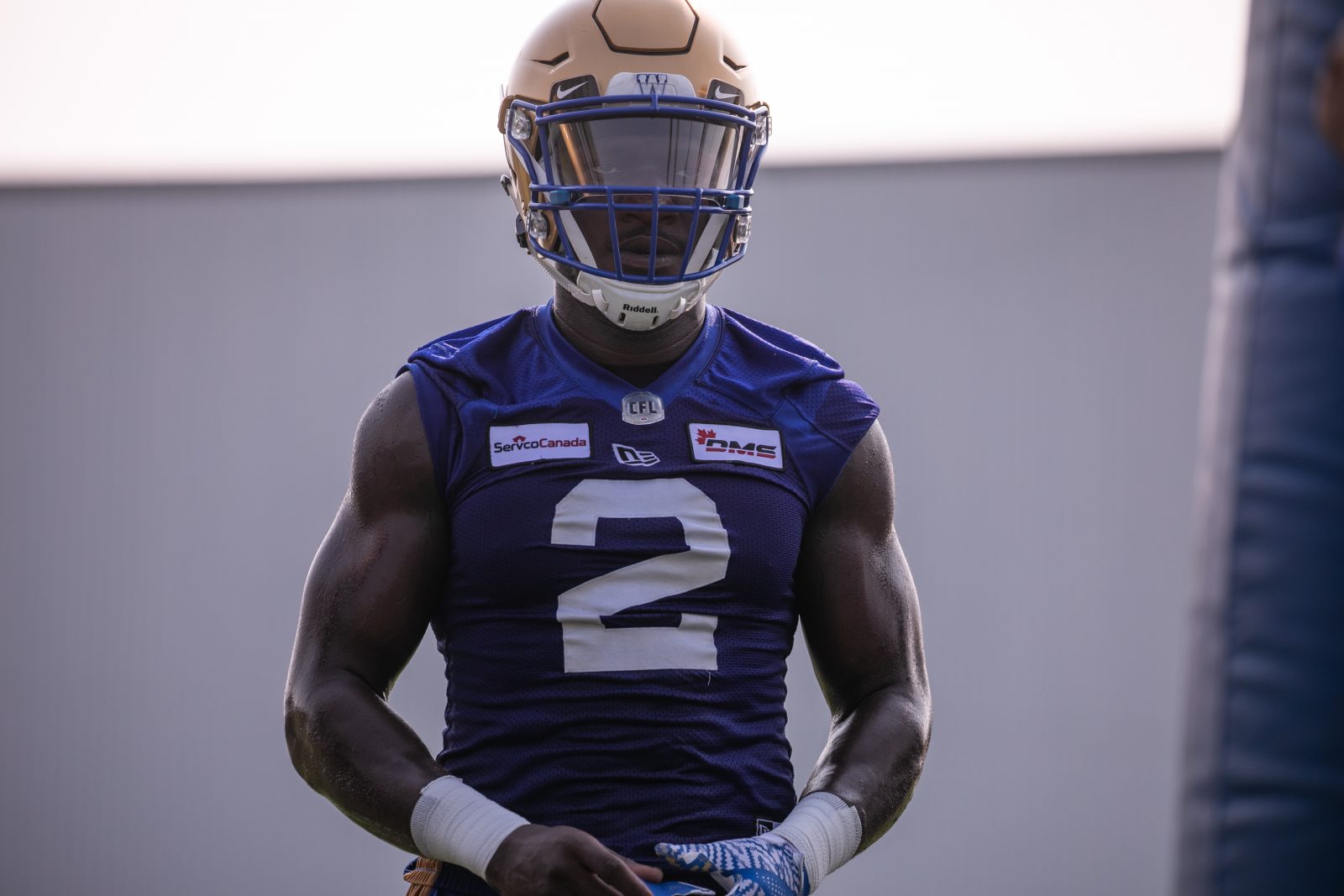 “Just with the trials and tribulations I had this last year and a half it made me appreciate coming back to this building a lot more, coming back and seeing friendly faces and just having those interactions. It made me a lot more grateful.”

Kongbo spoke of how he became closer to his father over the last couple of years. And he told a story of his recent flight to Winnipeg from Vancouver and how a Bombers fan who recognized him started up a conversation that grew to involve a handful of people.

“Just to see the excitement on their faces that the players were coming back… stuff like that makes it bigger than you,” he said. “You know that you have an effect that can reach this whole community and this whole province.”

Finally, Kongbo then punctuated the overall camp mood, that ‘Blessed’ message and the situation we’re all in right now with this thought:

“You know what’s crazy about this last year and a half, is I think for a lot of us we go about our life trying to plan head – planning next year, planning next month,” he said. “But, really nothing goes as planned. So for right now I know we’ve got practice tomorrow, so I’m just going to handle tomorrow and when the first game comes handle that and just go from there.”