“I’m in Winnipeg to learn” | Agudosi ready for his opportunity 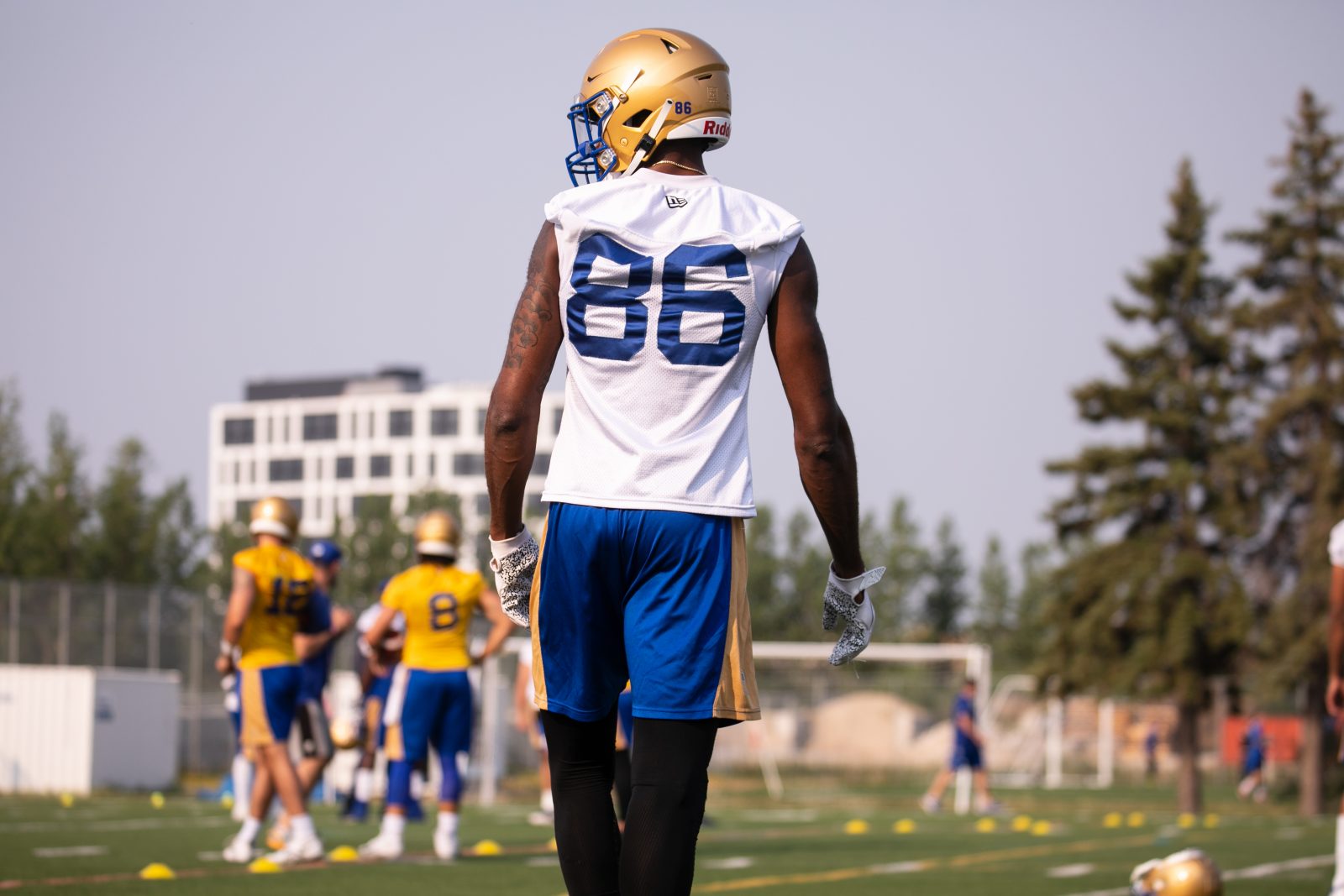 “I’m in Winnipeg to learn” | Agudosi ready for his opportunity

The same scenario unfolded almost everywhere Carlton Agudosi would hang his hat during his football odyssey: the obstacles – the many, many things he couldn’t control – kept piling up in front of him.

An example: before arriving in the camp of the Winnipeg Blue Bombers this month he had worked with 12 offensive coordinators and 10 different position coaches in the last 10 years, dating back from his days at Rutgers University, on to the Arizona Cardinals, the Philadelphia Eagles and, most recently, with the St. Louis Battlehawks of the XFL.

And so every time he began to feel comfortable or had built a relationship with a staff, he soon found himself starting over all over again. Over those many trials, Agudosi found one solution worked best for him – he’d simply put his head down, do the work and keep grinding. And that’s a word – grind – that comes up often in conversation with the 27-year-old pride of Somerset, N.J.

“I’m a grinder,” began Agudosi in a chat with bluebombers.com. “I get that from my family, my mom (Linda), my dad (Ike), my sister (Adrienne) and brother (Jonathan). All four of them are mentally tough and every one of them is a tough son of a gun.”

There’s nothing about Agudosi’s receiving numbers at Rutgers that pop off the page. In fact, describing them as even modest would be a stretch, as he managed just 35 receptions for 513 yards and two touchdowns over 45 games. He was part of a recruiting class at Rutgers that ultimately featured the two most-prolific receivers in school history in terms of touchdowns – Leonte Caroo and Brandon Coleman – but despite his size at 6-6, 220, he was rarely on the field.

“I would be going crazy in spring ball. Doing everything,” Agudosi said. “And then the season would come and it’s… nothing. There would be games where my family would come watch, I wouldn’t play and I didn’t even want to come home after. I would have to go somewhere else and wait two-three hours before I’d see them because it was just too much. My family would say, ‘We love you no matter what you do.’ But when they sacrifice you want to show them that I’m working out here. It’s humbling.” 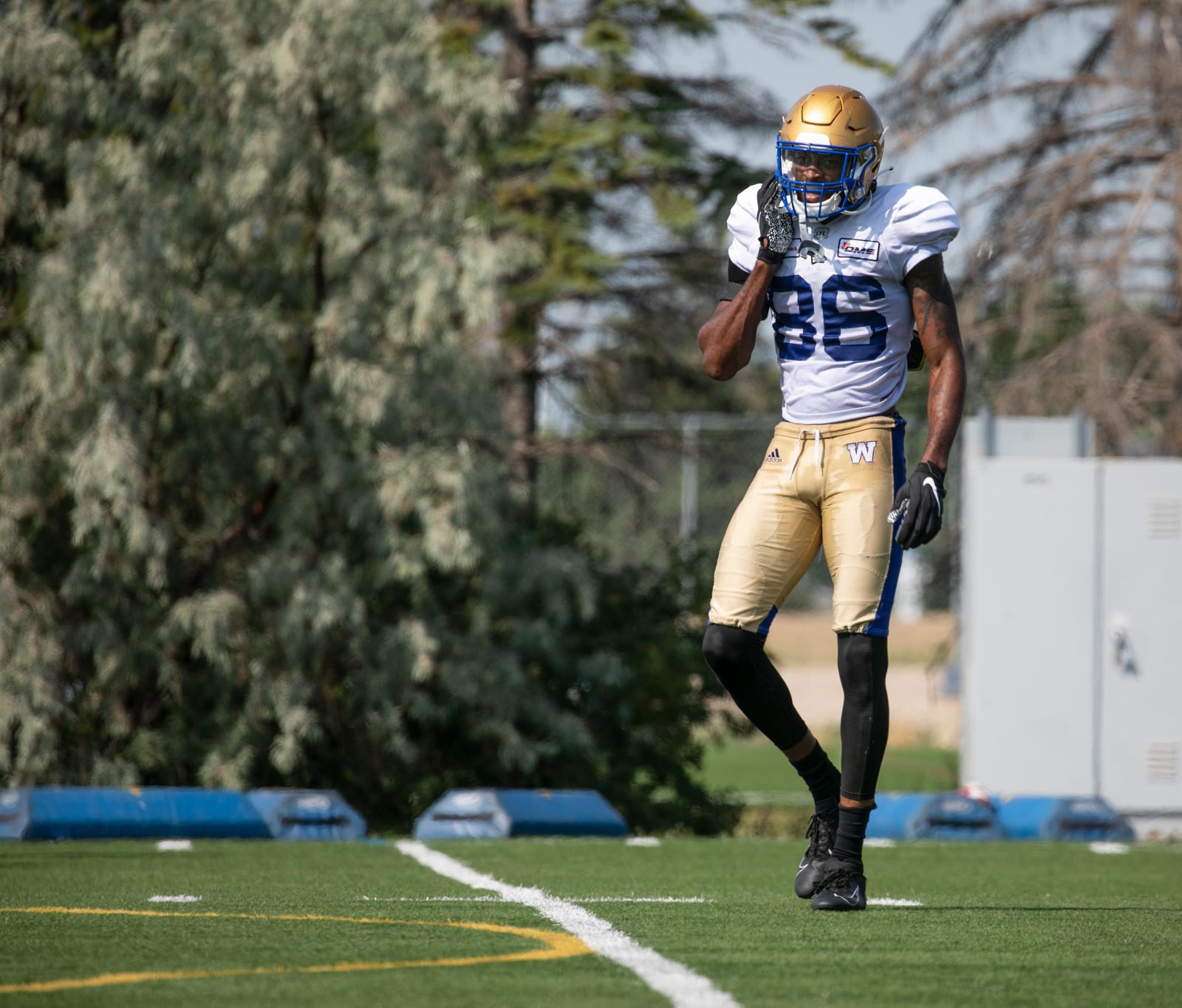 Still, those years were not without their benefits. They hardened him, matured him and prepared him for what was to come both at the college and professional levels.

“I’ll say this: that time at Rutgers turned me into a different person,” he said. “Coming out of high school I thought I was Randy Moss. I’m 6-6… I thought I would just show up and ball out. Over my time there, I didn’t go on one single spring break trip when I was at school. And so the frustration came from putting in so much work but when the season came I didn’t get the benefits of it. It was like I was starting over all the time. And by my fifth year, they decided they wanted to play the young guy and invest in him.

“I heard so many people talk about hard work paying off, but I was saying, ‘OK then, where’s my prize?’ I was so young I didn’t realize at the time the prize was to keep going and grind those things. The benefit of working hard is learning to overcome anything that happens to you. That experience taught me how to grind, how to stay prepared and take advantage of opportunities when they come.”

That next opportunity is right here and right now with the Bombers. Agudosi earned his NFL looks by being a spectacular tester at Rutgers pro day back in 2017, setting records with a 40.5 vertical jump and posting superb times in the three-cone drill. That combination of athleticism and size got him his NFL looks with then-Cardinals head coach Bruce Arians talking in camp about ‘unlocking the mystery’ of Agudosi.

The Bombers will be the next team to ty and unlock that mystery and tap into his immense potential. And Agudosi has even more incentive to keep grinding, as he and his wife Asisa are expecting their first child, a daughter, in October.

“The Bombers, they’ve been reaching out to me for the last few years, every time I was let go,” he said. “This is the perfect time. I’m so happy they kept in touch with me because now that I’m here, this is a great team. The guys on the team embraced me, I like the coaches because they respect guys who finish and go hard. They respect grinders, tough son of a guns, and people who work. I respect that. They’ve shown faith in me.