“Football is my passion” | Alexander chooses football over tech career 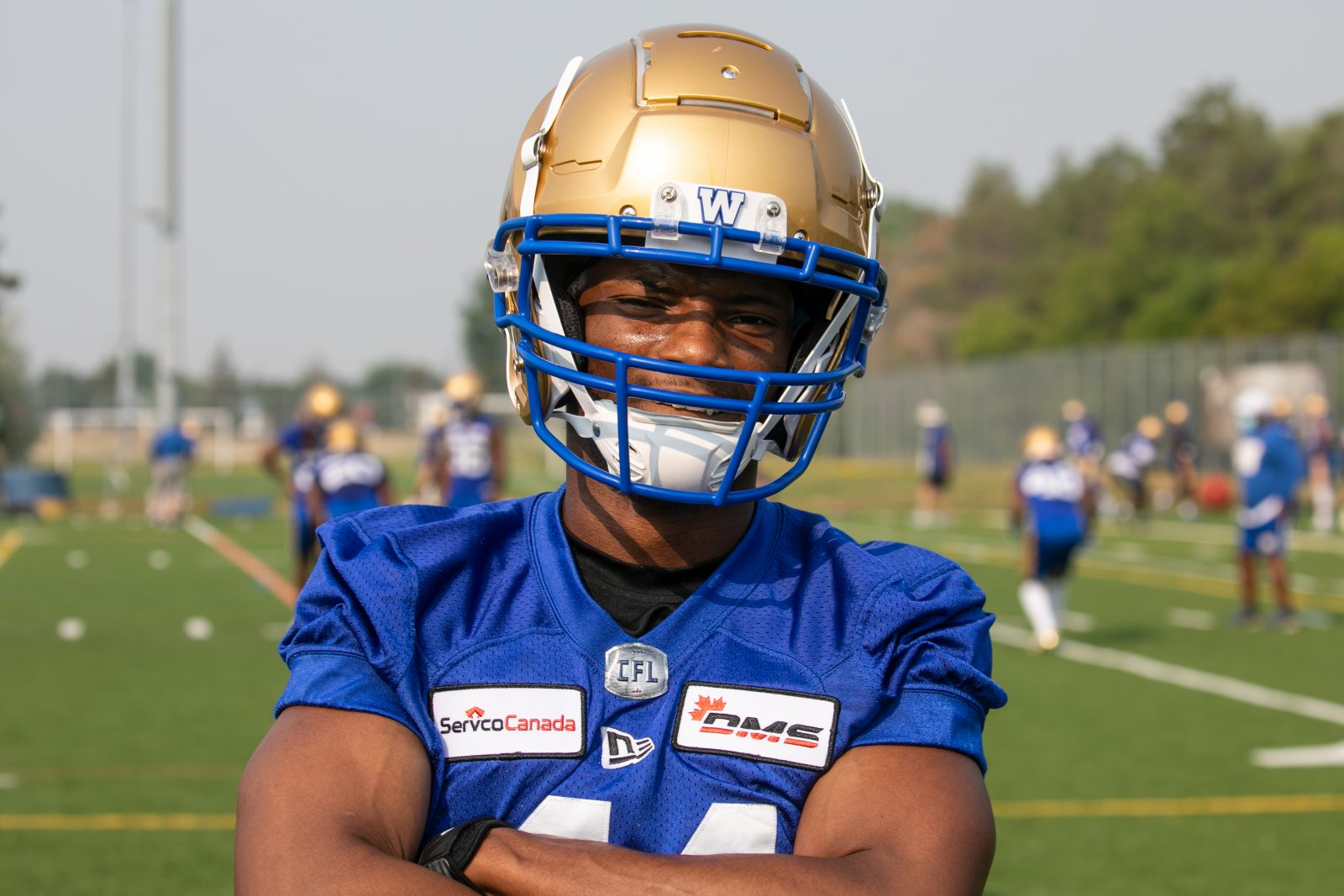 “Football is my passion” | Alexander chooses football over tech career

Terrence Alexander is detailing his degree from Stanford University – the one before he started working on his MBA from Louisiana State – and yours truly is staring back and praying it’s not too obvious how much my eyes are glossing over.

Just for the record, the rookie Winnipeg Blue Bombers defensive back left Stanford – one of the most-prestigious universities in the United States – after majoring in communications, with a minor in ‘focused in virtual reality symbolic systems, linguistics, computer science and philosophy.’

He started his own company during the pandemic after stints with the Minnesota Vikings and the New York Guardians of the XFL. And it’s here, during his explanation of what his company does, that you start to get a hint of the brilliance of the 25-year-old New Orleans product.

“What I do is focus on web development, search-engine optimization and graphic design,” Alexander began. “Simply put, I work on developing a website and making sure the systems work and the automated systems work.

“If I have a client, the purpose is to make sure they can communicate with all leads 24/7. From that point, basically what I pitch to people is I sell digital real estate. The SEO side – search engine optimization – allows me to get your company viewed by as many people who are looking for exactly what you offer, as opposed to going the route of advertising to everyone. We take meta-data and just advertise to the people who are directly looking for what you serve or offer.”

One of Alexander’s clients, as an example, has developed a business that provides CBD – cannabidiol – to women who have serious PMS symptoms. He is aiming at helping other smaller start-ups and community-based companies and organizations grow their businesses for better serve their customers.

His client base is growing and, truth be told, Alexander could be behind a desk right now either building his company further or working anywhere in the U.S. with a number of cyber-security firms that offered him jobs even before he had completed his degree at Stanford. 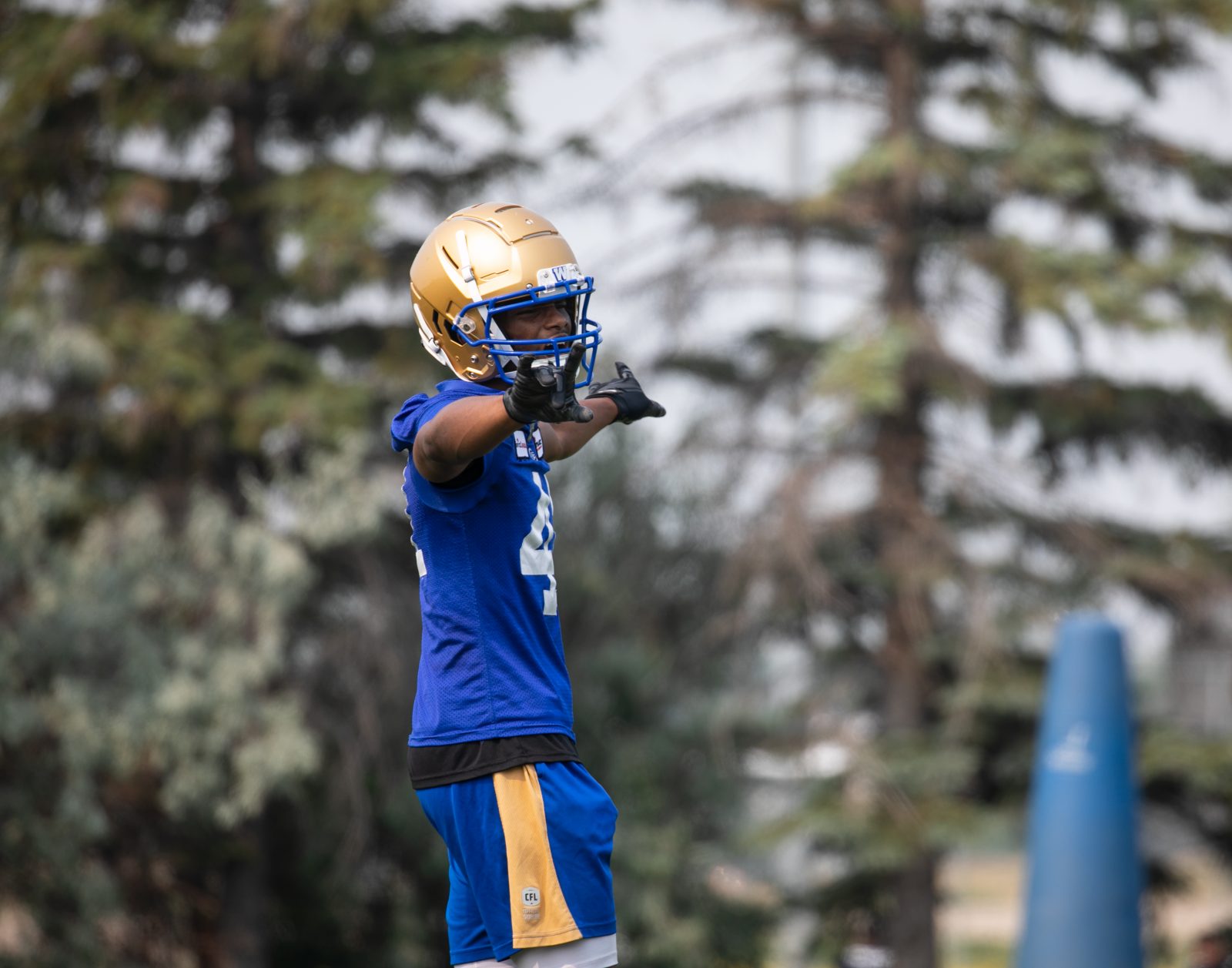 Now, one of the most-common questions asked of any new Blue Bombers recruit is about the road they took to get here: who scouted them, what NFL camps were they in, their college background, etc.

The question we asked of Alexander is why he is here, given there’s a very lucrative tech career awaiting him.

“I’m here to ball, man,” he said. “Football is my passion. It’s what I absolutely love. Football will leave you before you leave football. I know that. But until it leaves me… it’s going to have to work hard to leave me because I’m not going to leave, I’ll tell you that. If football wants to leave me, it’s going to be a struggle.”

It’s here where it is suggested that with the window to play football being only open for only so long for an athlete, perhaps that’s the reasoning behind Alexander’s continuing pursuit of his athletic dream.

And his answer offers further insight into how passionate he is about both football AND the tech industry.

“If I could make a wish I would like to be like a real-life Ironman and this is the best way to do it,” Alexander explained. “First, I want to make sure I can prove that I can be as physically dominant as possible. Whatever I can do physically, I want to maximize that. After that, mentally it will all follow through.

“I don’t know if you like comic books, but think about all the superheroes… To me, Ironman is the greatest superhero because he had no superpowers, but his intelligence and his passion were his foundation to give him enough money to do what he wanted to do.

“In my mind, the mental aspect is the greatest superpower you can have.”

A Tony Stark in cleats and shoulder pads, perhaps? 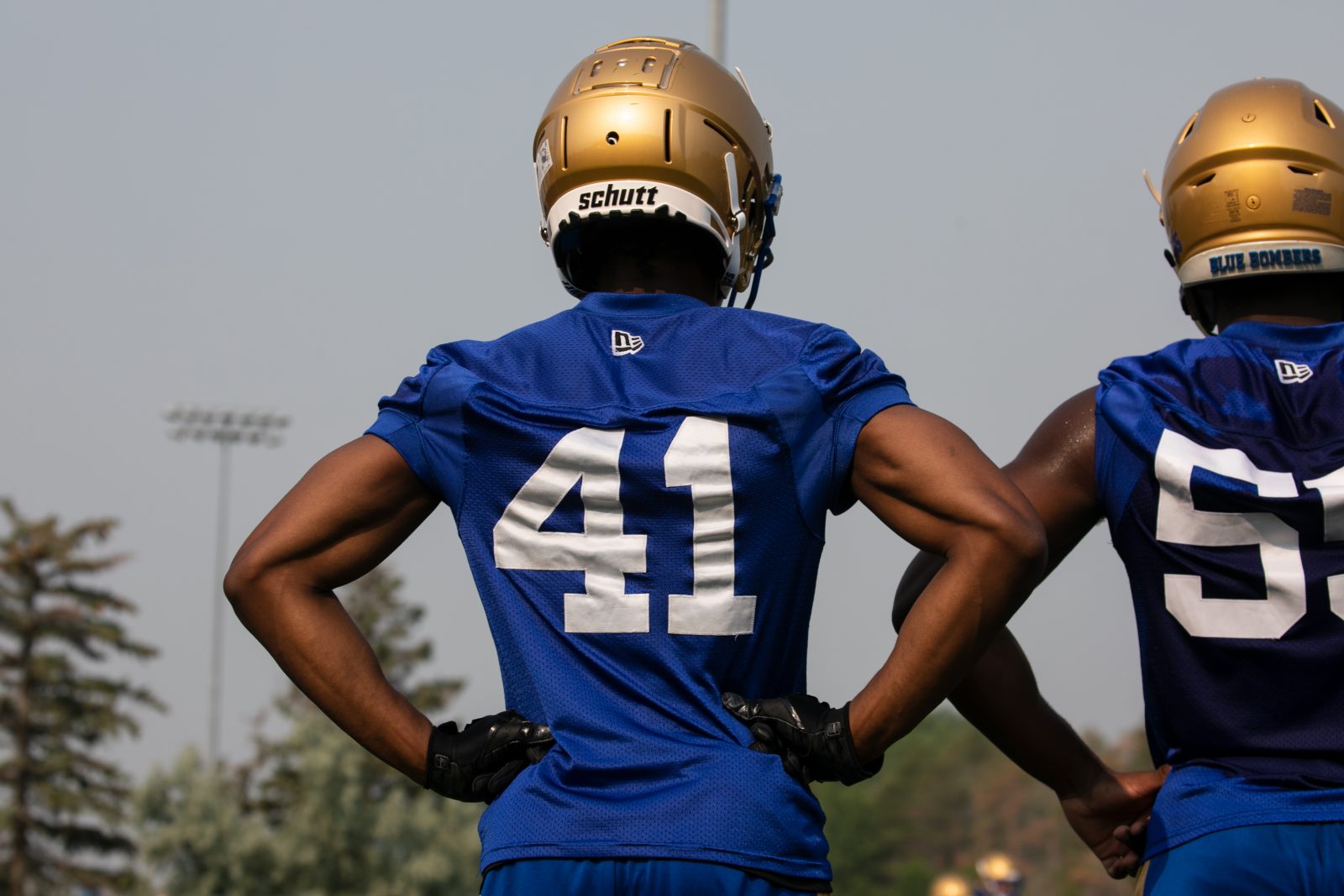 “Tony Stark all the way,” said Alexander with a grin. “I want to embody that as much as I can and make it real life.”

There are more layers to Alexander’s journey that make it that much more fascinating. Born with a speech impediment, he didn’t really speak until Grade 5.

Oh, and Hurricane Katrina back in 2005 displaced his family from their home.

“House got flooded, tree fell on our house,” he said. “We had to evacuate to Baton Rouge for four months and then to San Antonio for a year. Then when we came back no one was there, really, so we were home-schooled for about a year.

“I had to grow up pretty fast. I couldn’t really talk when I was young because I had a speech impediment. People thought I couldn’t speak or they had no clue what I was saying when I did speak. I was taking phonics speech classes from when I was born until fifth grade. So, my mom became a speech therapist to help me speak.

“With that, it taught me that you can work for anything. If she changed her whole life for me and I couldn’t speak… I had to do the same thing for someone else. From that point on, I grew from it. It was like, ‘If I can change this, what else can I change?’”

Yes, the pieces for a gripping Hallmark Channel movie of the week are all here.

“Losses are like lessons. It’s up to you to take it as a loss or take it as a lesson. I love lessons, but I don’t like losses. So, I fight for everything I want and try to make everything as positive as possible.”