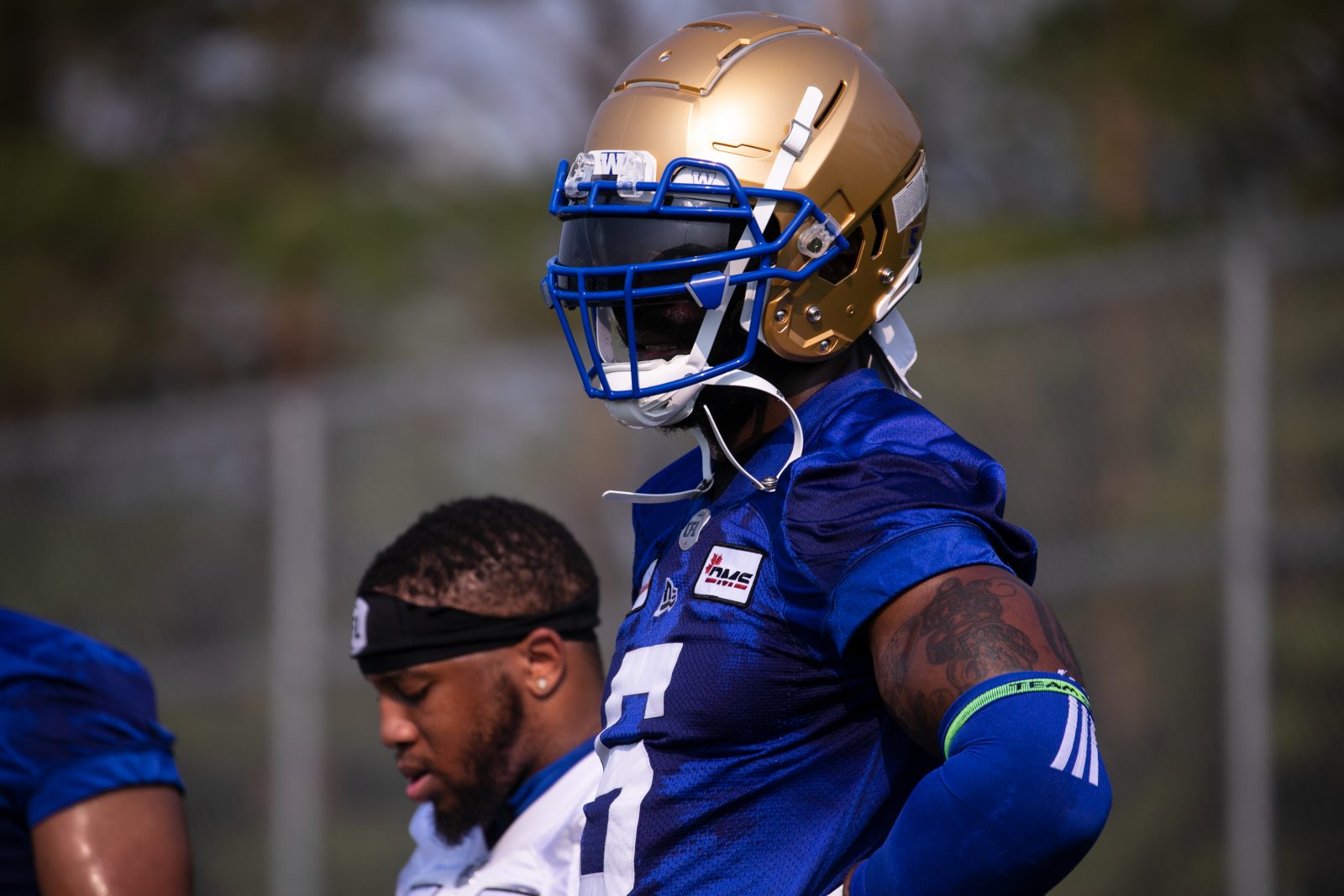 Willie Jefferson snatched a pair of sunglasses from a nearby desk and settled them onto his face before plopping down in a chair for his Winnipeg Blue Bombers Zoom call. Within seconds, that trademark size-large smile of his was dominating his face.

“It’s too bright out here in Winnipeg,” began the Bombers defensive end Monday afternoon. “There’s so much love in the atmosphere, man. So much love.”

Those on the Zoom call all laughed, giggled or grinned in response – or a combination of all three – but Jefferson’s playfulness represents part of what has made the first three days of Bombers training camp such an intriguing study.

There’s been a comfort in the return to routine for the Bombers and it’s obvious just how much the veterans are helping set the overall tone with this club. That’s not new or unexpected, but with the Canadian Football League having shut down for a year and returning for an unprecedented training camp featuring unprecedented health and safety protocols, having vets guide the ship through it all with a smile and ‘let’s just get through this’ approach can be massive in setting a collective mood.

That’s where guys like Jefferson, with his radiating personality, play such a vital role. Or Adam Bighill with his work ethic, Andrew Harris with his perseverance, Brandon Alexander with his communication skills, and the men on the offensive line with their camaraderie. 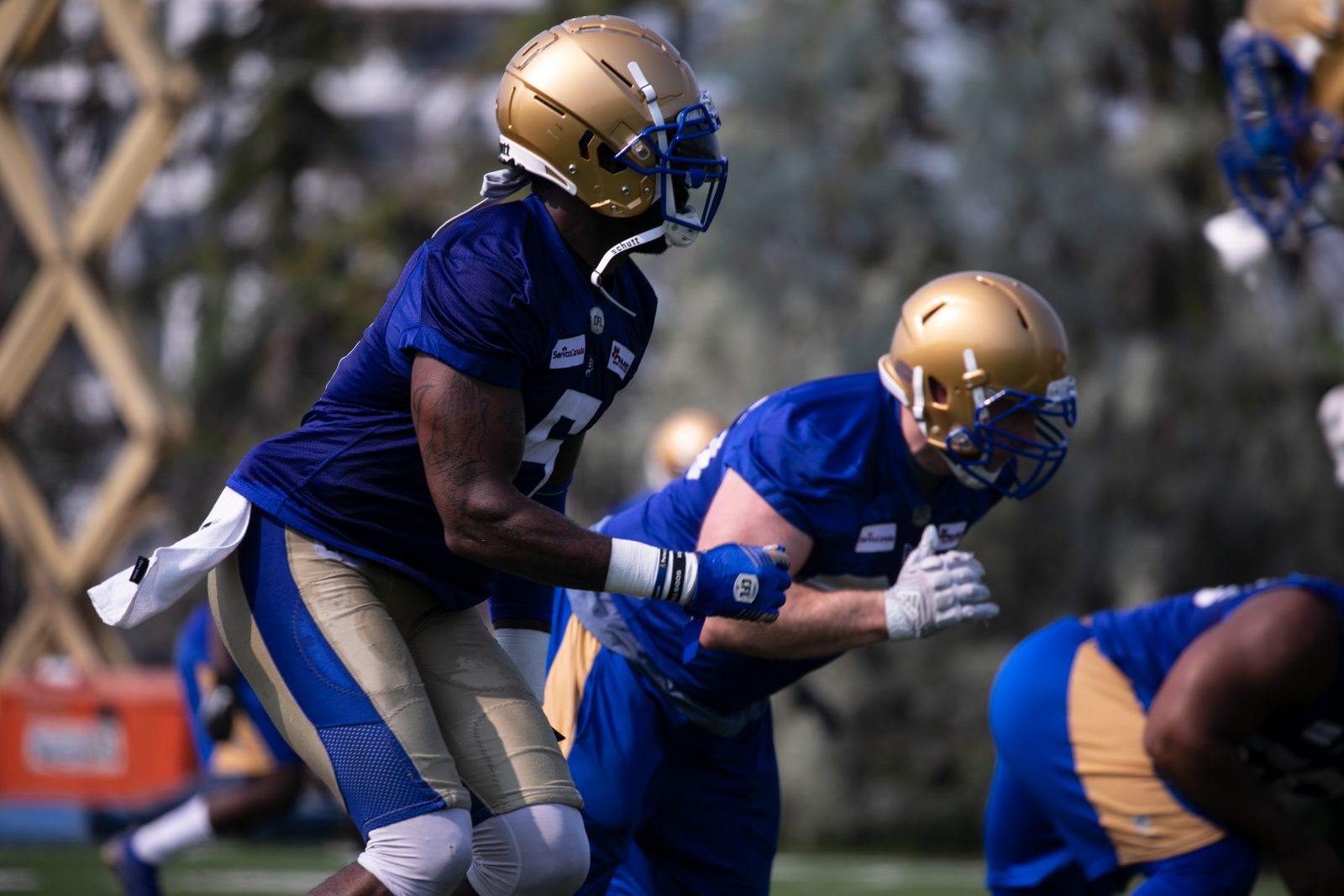 Again, that won’t be unique to the Bombers across the CFL, but there’s also an underlying confidence/bravado with this team that has only grown since that memorable run in November of 2019. And it’s palpable already in training camp.

“It’s very special being back with the guys after pretty much a year and a half with no football, getting back to running organizational ball and not doing drills or weightlifting,” said Jefferson. “Just to get back to meetings, football, field work, drill work and just seeing the offence on the other side of the field running plays with the DBs and the linebackers and stuff… it’s starting to get real again.”

Part of this, of course, comes from a storyline that will carry right into the start of the season on August 5th– continuity is always important in sports, but having this much on a championship squad even after a lost season due the pandemic has this bunch becoming more and more excited with every day of camp.

“There’s a lot of chemistry. It’s good, man,” said Jefferson. “It’s a good feeling to know we don’t have to figure out as much about a player that you’re playing with because you have him back and you have that chemistry, the communication that we have, the lingo not changing it’s going to make the defence, the offence and the special teams move a lot faster.”

It’s what Harris referred to after Day 1 when he spoke about how in-sync the offence was with the installation of plays, calling it ‘the best I’ve ever seen in my long career.’ And it’s veterans like Stanley Bryant and Kenny Lawler speaking Monday about how much they want to help out the new faces.

“Man, I look at some of these young guys and I see me in them,” said Lawler. “I see people not knowing how to hit the ‘Waggle’, I see people messing up the plays, messing up with just little things.

“I was the guy asking questions and trying to learn and I see that within them. So, now that I know a lot of the offence – I’m not going to say I know it all, there’s some things I do mess up on – but I know the majority of the offence and it’s just my turn to help lead. It’s my turn to help bring these guys along because I’d hate it if bad vets didn’t help me. I want to be that veteran guy that’s helping the younger guys.”

Again, that kind of selflessness isn’t necessarily unique, but it can be contagious – just as Jefferson’s effervescence can be, as well. Asked what has stood out through the first three days of camp, Jefferson offered up an answer that was comprehensive and chuckle-worthy. It also offered a very bright forecast worthy of shades, given all the love in the atmosphere.

“We’ve brought in a lot of good athletes offence and defensive-wise,” he said. “Got some nice able-bodies on the defensive line, linebacker corps. There’s some nice speed guys in back end, in the DB room. Some big bodies on offence receiver-wise. Some nice speedy guys at running back. Brady (Oliveira) coming back and seeing him… he’s got a lot beefier and looks like he’s moving a lot better coming off the injury.

“I’m happy, especially coming back with everybody from (2019). Everybody’s happy, nobody’s complaining, everybody’s running around, everybody’s early to the field wanting to get out there and get some drills and stuff in before we get to moving around as a team.

“All in all I’m very happy. Very excited for the season.”