Hamilton Tiger-Cats' Jaelon Acklin gets tackled by Winnipeg Blue Bombers' Brandon Alexander during the second half of the 107th Grey Cup in Calgary, Alta., Sunday, November 24, 2019. THE CANADIAN PRESS/Nathan Denette

The Winnipeg Blue Bombers open training camp July 10th. This is the second in our annual positional-preview series leading up to the first day…

They are the defence’s last line, charged with preventing aerial attacks and asked to contribute in stopping movement along the ground. Exceptional athletic ability is a given; communication, cohesion and a short memory are a must.

And as for continuity… well, if you study the long list of names who have patrolled the Winnipeg Blue Bombers secondary over the past two seasons the only constant seems to be change. That’s more observation than criticism, especially given the late-season adjustments the club made to the defensive backfield in the championship run of 2019 were critical in the 11th Grey Cup title in franchise history.

Having said that, change in the secondary will again be a main theme when the Bombers open training camp next week, what with the departures of Winston Rose (Cincinnati Bengals) and Marcus Sayles (B.C. Lions). It’s also worth noting that four returnees – safety Brandon Alexander, halfback Nick Taylor, cornerback Mike Jones and dime back/Sam linebacker Mercy Maston – only have four games working together as a unit under their collective belts, beginning with the ’19 regular-season finale and then the three playoff contests.

Returning members of that unit and defensive coordinator Richie Hall have stressed over the last year their eagerness to work together to build on the cohesion that came so quickly in the playoffs. Experience matters, too, and In terms of games played Alexander and Taylor (39) and Maston (22) combine for 100. The losses of Rose and Sayles – Rose a CFL All-Star and Sayles a West Division All-Star – will be offset by the addition of veteran Josh Johnson, who 64 games to his credit in a five-year career that includes stays in B.C., Ottawa, Hamilton and Edmonton.

Let’s be clear, though, keeping that core together in 2021 is hardly a given, even with no preseason games and head coach Mike O’Shea stressing the importance of veterans in a condensed season. And here’s why: 10 different defensive backs started games for the Bombers in 2019 and a dozen in 2018. Over those two years 16 different players had at least one start in the defensive backfield. There’s more: a whopping 27 defensive backs are currently on the roster as camp approaches.

And where those names will slot into the depth chart for the season-opener against the Hamilton Tiger-Cats on August 5th will be one of the key Bombers storylines over the next few weeks. 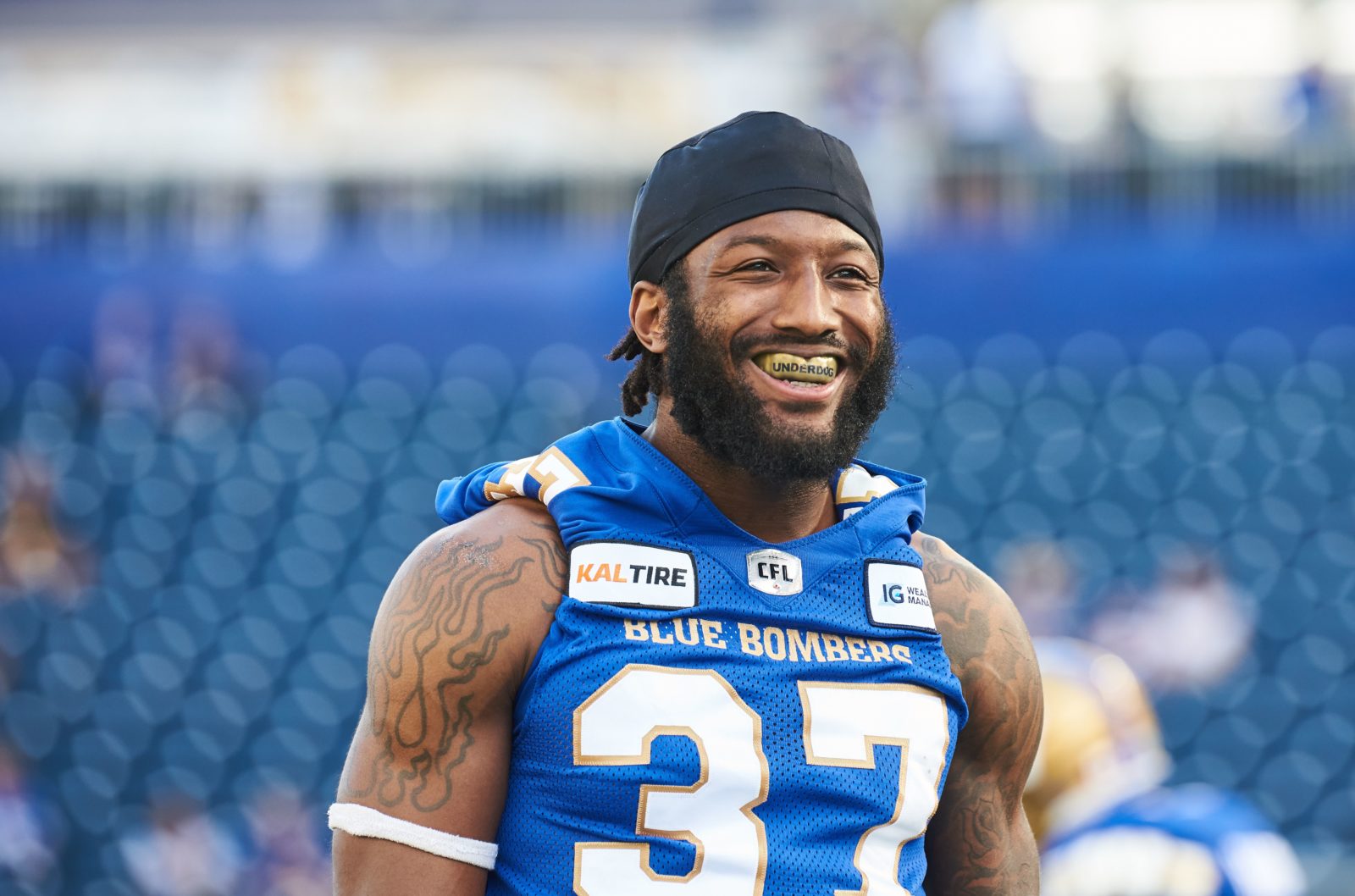 A LOOK AT THE DEFENSIVE BACKS

He can play both inside and outside and on either side of the field, giving the Bombers coaching staff the positional versatility that is key in putting together a lineup. Known as a solid communicator, too, which will be critical in this unit.

Lost in the work of so many of the Bombers stars in the ’19 Grey Cup playoffs was the emergence of Jones at the cornerback spot opposite Rose. He didn’t make his first start until the regular-season finale, but improved with every snap in the playoffs, capped by his sensational work in the Grey Cup – four tackles, three pass knockdowns and an interception.

Two members of the XFL Houston Roughnecks secondary – Jeremiah Johnson and Deatrick Nichols – are in camp with the Bombers. Nichols was leading the XFL in interceptions with three when the 2020 season was cancelled.

Also in amp is Ranthony Texada, who spent part of his 2020 with the XFL’s New York Guardians.