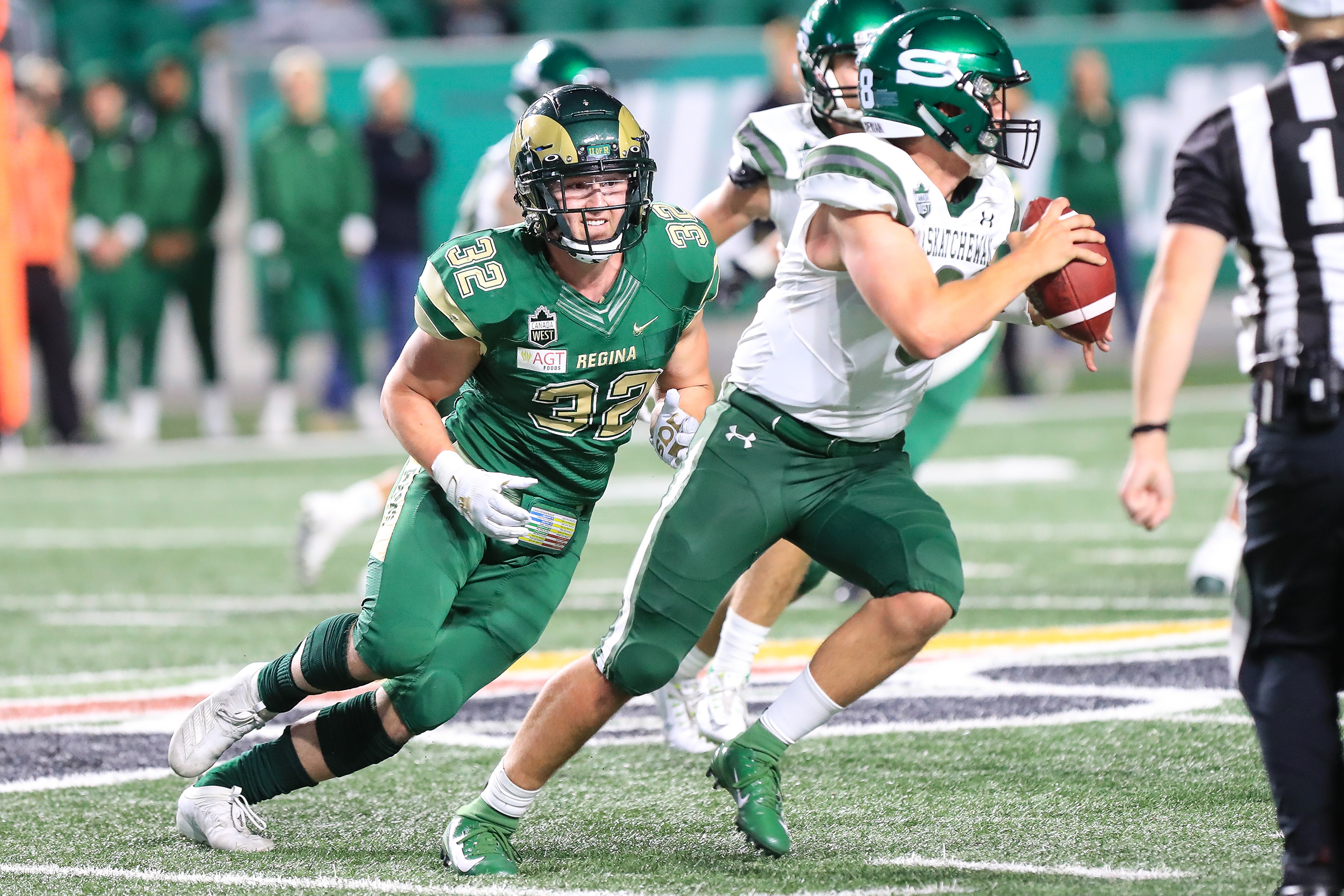 It’s an obvious question, even if Robbie Lowes has been asked and answered it a gazillion times over the last decade or so. And it goes like this: What in the world is the son of a lifelong hockey man doing playing football and not instead chasing his professional dreams in a pair of skates on a sheet of ice somewhere?

“You’re right, I do get asked that a lot,” began Lowes with a laugh in a recent chat with bluebombers.com. “I did love hockey, but football… there was a passion there and it was something I could do on my own. I definitely had to think about giving up hockey, but I decided to follow my heart. Plus, I wanted to make my own path.

“Hockey was my dad’s thing and my parents always gave me the freedom to make that decision so I could earn everything each step of the way. When my dad comes to watch me play football he gets to enjoy it as a fan rather than as this hockey mind… it’s hard to turn that off for him. But when it’s football he gets to enjoy it as any other parent would. It’s great for the family.

“I wouldn’t trade that for anything.”

Lowes, for those who may have missed it, was selected by the Winnipeg Blue Bombers in the fourth round, 34th overall in the Canadian Football League Draft earlier this month. He’s the son of Bob Lowes – now the Assistant Director of Player Personnel for the Vegas Golden Knights who also served as the decorated coach of the Brandon Wheat Kings and Regina Pats before he turned to scouting. Oh, and he is also among those saluted at the University of Manitoba Bisons Walkway of Honour for his playing days there.

Rewind to when Robbie was about 14 and he arrived at a sporting crossroads of sorts. He had to decide whether to continue playing hockey and crank that commitment up to full time, or dive into football while still playing other sports. 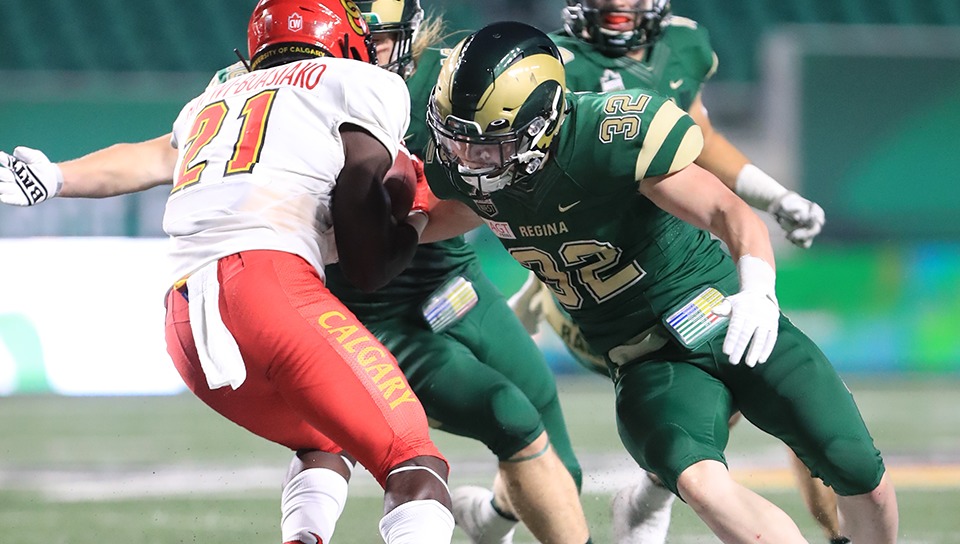 He chose the latter, and on draft night saw his name flash across his computer screen as a Bombers draft pick.

“I don’t know if I can describe draft night in words,” said Lowes. “I know sometimes guys get called by the teams before they’re picked, so I had my phone on loud. I wasn’t picked in the first two rounds, so at that point you’re refreshing the draft tracker all the time. All of a sudden I got five texts in a row from different people… I went to the draft-tracker app and sure enough my name pops up.

“Right after that my agent called to say congrats and then about a minute later Coach O’Shea called. I was ecstatic. I started yelling and I’m pretty sure my mom heard me all the way upstairs. It was such a special moment.”

Born in Brandon, the Lowes moved to Regina when Robbie was seven. He’s proud of his Manitoba roots, declaring “I’m a Manitoba boy at heart”, even if most of his friends and some of his family had their fingers crossed he would find a home in their backyard with the Saskatchewan Roughriders.

It’s here where Lowes displays a maturity and understanding of what will be important as he takes the next step in his football career.

“Fit is so important,” said Lowes. “When it came to Winnipeg and in terms of my skillset, they seemed to have a really good feel for who I am as a player and where I might fit in. Rather than saying things like, ‘I hope I go to this team or that team’ it’s the fit that matters most. Obviously there are some relatives and friends who wish that the Riders would have taken me, but you want to go to the best spot for you.

“I have high expectations for myself and from the coaching staff and I look forward to proving them right every day. I’ll just show up and keep working every day toward that goal.” 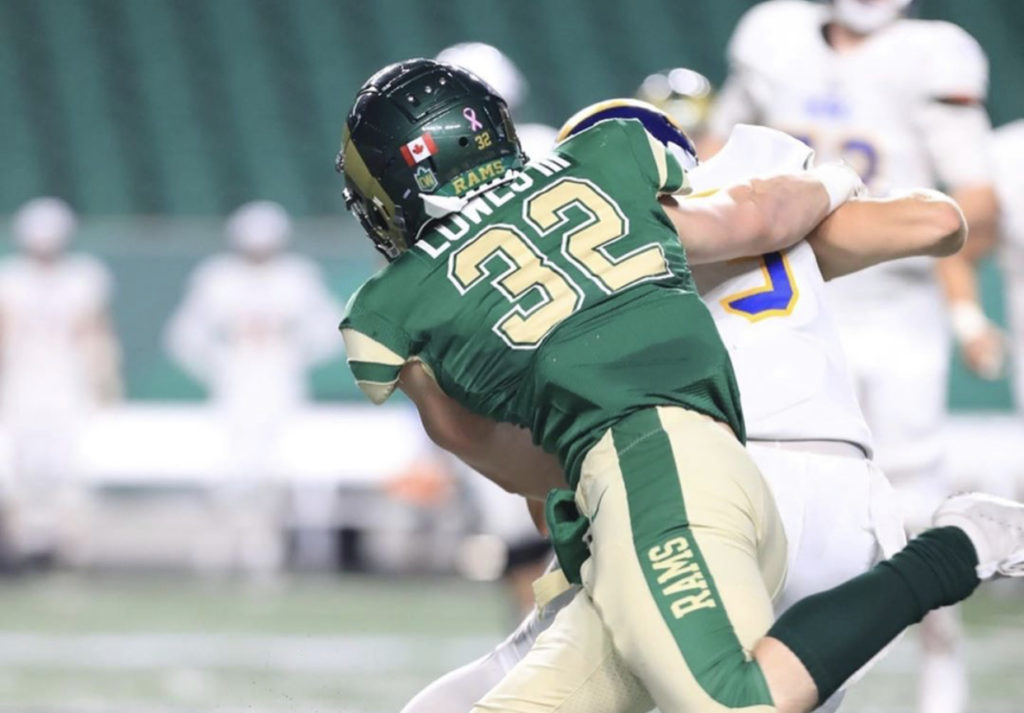 The Bombers liked what they heard from Lowes in the pre-draft interview and loved how his compete level both on defence as a linebacker and as a demon on special teams popped out from his game film. A starter for the University of Regina in 2019, he was hoping to build on that campaign heading into 2020, his draft year.

And then we all know what happened next.

“To have our season taken away because of the pandemic was devastating,” said Lowes. “I was confident in our team; we were building something special and I felt like we were going to take a run at the Hardy Cup. I was also going into my draft year and had a chance to climb higher in the rankings as we gained notoriety as a team because you would be on bigger stages. I had all these expectations going into that season and was training like crazy. And then to get it taken away and… for a guy like me who was up against the age cap (after playing a junior season with the Westshore Rebels) my university career was done. Then they ended up extending the age cap, so it was like a roller-coaster the whole summer.

“I was just hanging on the edge waiting for the news to drop and you can’t control anything. That forced me to control what I can and work on taking my training to another level. It helped prepare me for the whole draft process.”

The Bombers ’21 draft class features three players who will be in camp this summer in Lowes, defensive back Redha Kramdi and running back Kyle Borsa – a Rams’ teammate. The changeover of some of the Canadian talent from the 2019 season also means the trio has a very real chance of landing a roster spot, especially if they can contribute on special teams.

“The physicality part of special teams is right up my alley,” said Lowes. “It’s something I’ve liked all along, whether it’s running down on kickoff or helping spring a teammate on a return. Each unit has a specific goal and I love that challenge and there’s a competitiveness on special teams that makes it one of my favourite parts of the game and one of the most-important part of the game. Look no further than the Bombers in 2019 and that tackle Shayne Gauthier made against the Riders.

“Those kind of plays change the game and I pride myself in being a player that can make that play on special teams, whether it be blocking a punt, making a big tackle, forcing a fumble… there’s a lot of opportunities to make a a difference as a game changer.

“I’m coming in with the mindset to compete for a job. That’s all you ask for: a legitimate chance to make the roster. I can’t wait.”