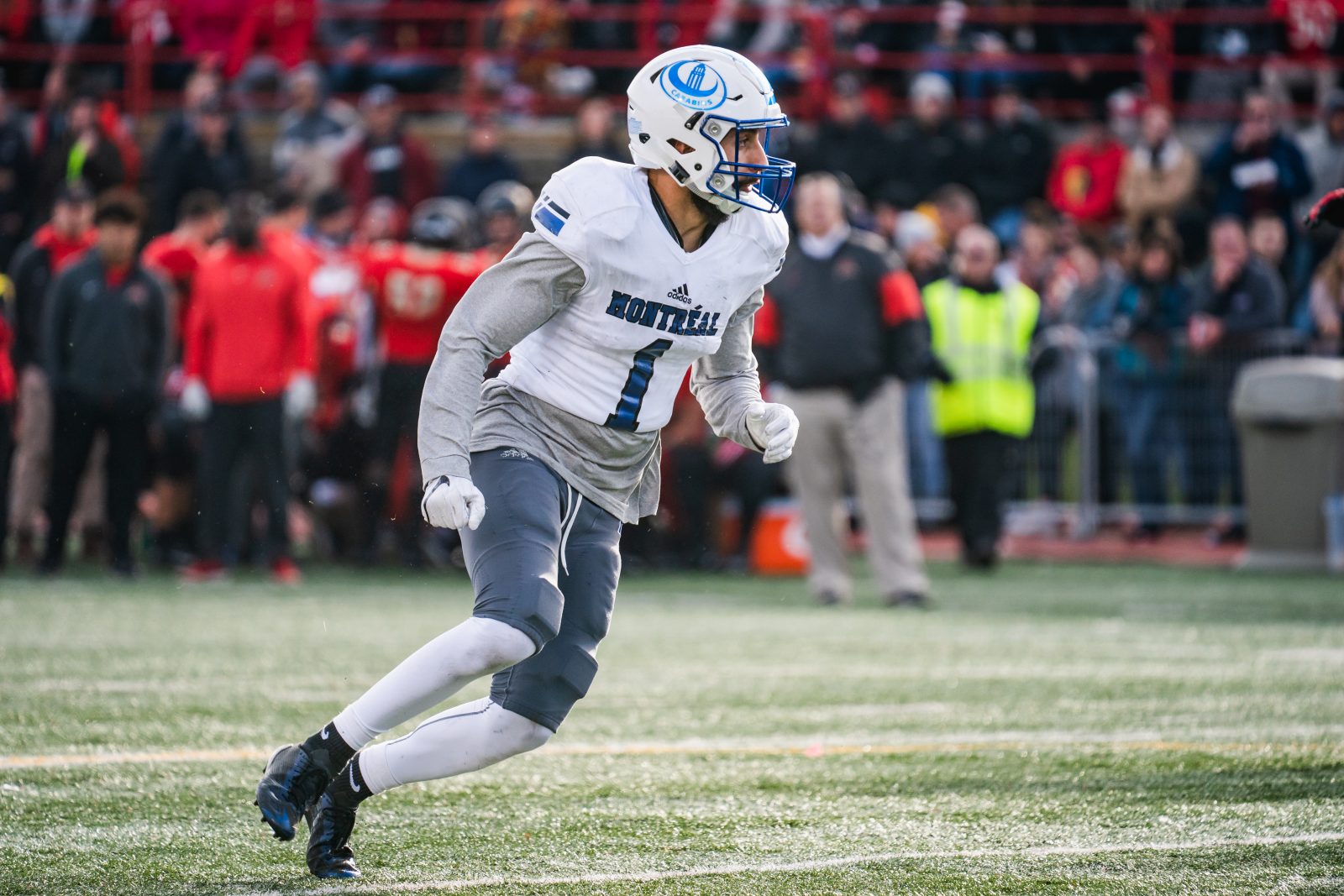 Liam Dobson’s game film showcases everything a team would want in an offensive lineman: he’s big enough to block out the sun, occasionally pancakes would-be tacklers and shows good feet for a dude that measures 6-3 and has the scales screaming at 340 pounds. Oh, and he can not only still dunk a basketball at that size, but has some solid mitts on him, as evidenced by this photo captured at a University of Maine practice last year:

Also Liam, can we talk about this epic pic? #ForTheW pic.twitter.com/QTUdoA30pS

He’s got a sense of humour, too, all of which will serve him well in a Bombers O-line room full of characters.

“I think I’m going to have to talk to Coach O’Shea, they actually mispronounced my position at the draft – I’m actually a tight end,” said Dobson with a chuckle during a conference call with Winnipeg media Tuesday night. “I’ve decided to switch positions after seeing that catch.”

“It’s the media team in Maine,” Dobson explained. “They do a fantastic job and put out lots of great content and they were able to catch me at just the right time at a practice when we were messing around a little bit and I went up and got the ball It turned out to be pretty popular on the internet… you don’t often see a guy of my size going up and catching balls like that.”

The Bombers are going to have to wait on their first-round pick, selected third overall, as Dobson has transferred to Texas State and will suit up with the Bobcats in the fall in the hopes of garnering NFL interest in 2022.

Dobson suited up for 32 games at Maine, starting 27 and all 12 games in 2019. In the process was the school’s highest-graded offensive lineman in every game and named to the All-Colonial Athletic Association First Team. 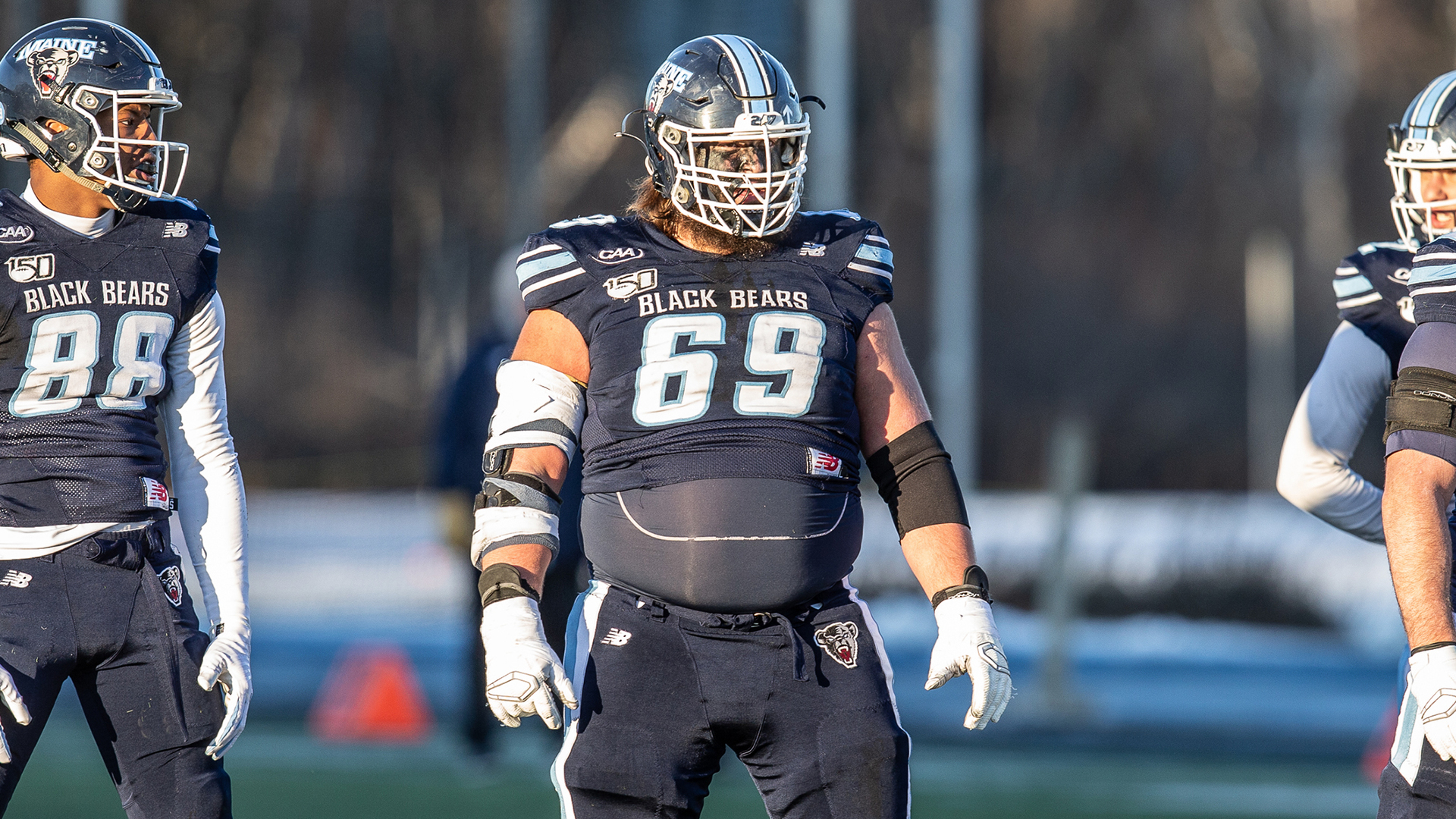 “A mauler with  great natural power and some freakish athletic traits is how I would best describe him. Liam played OT at a high level collegiately and will most likely move inside at the pro Level. He is wired the right way and will be a good fit in our offensive line room. He played in the cold at Maine—and doesn’t shy away from anyone.  With his transfer we will have to wait on him, but we feel strongly that it’ll be worth the wait.”

TSN CFL Draft guru Duane Forde referred to Dobson as a ‘road grader’ for his ability to move the pile at the line of scrimmage. Asked about that description, Dobson chuckled.

“I’ve never called myself a ‘road grader’ before, but I kind of like that description on the football field,” said Dobson. “I like to approach the game with a physical and nasty mindset and impose my will on guys. So, I guess I’m going to have to hop on board and start calling myself a ‘road grader.’”

Dobson had a pre-draft meeting with the Bombers a couple of weeks ago, indicating the conversation ‘went very well.’

“I felt a very good connection with everyone,” he said. “Winnipeg’s a nice city, good area and I was just talking to my parents after they picked me and I just found out that my dad’s father, my grandfather, is actually from Winnipeg and so it’s going to be nice to actually explore that city.”

As Dobson was being interviewed Tuesday night he had his family with him live at the same time.

“My family obviously plays a big part in my life,” he said. “I have them with me on FaceTime as I’m on the phone… my mom’s currently blowing me some kisses. They’re all very excited. It’s just a good overall experience for them and I’m just proud we did it.

“It feels amazing (to be selected). Me growing as a kid in Canada and watching the CFL all the time you dream of playing in it. It’s a professional league in your home country and just the fact that dream is now a reality is an amazing feeling. I’m sitting here talking with my parents, my friends and family after it happened… it is just an amazing feeling.”

The Bombers then bolstered their defensive depth with four of their final five picks selecting defensive backs Redha Kramdi, Patrice Rene and Shae Weekes and linebacker Robbie Lowes. Also coming aboard was running back Kyle Borsa.

GM Kyle Walters is to meet with the media Wednesday afternoon and will be able to provide more detail and explanation about the club’s 2021 draft. 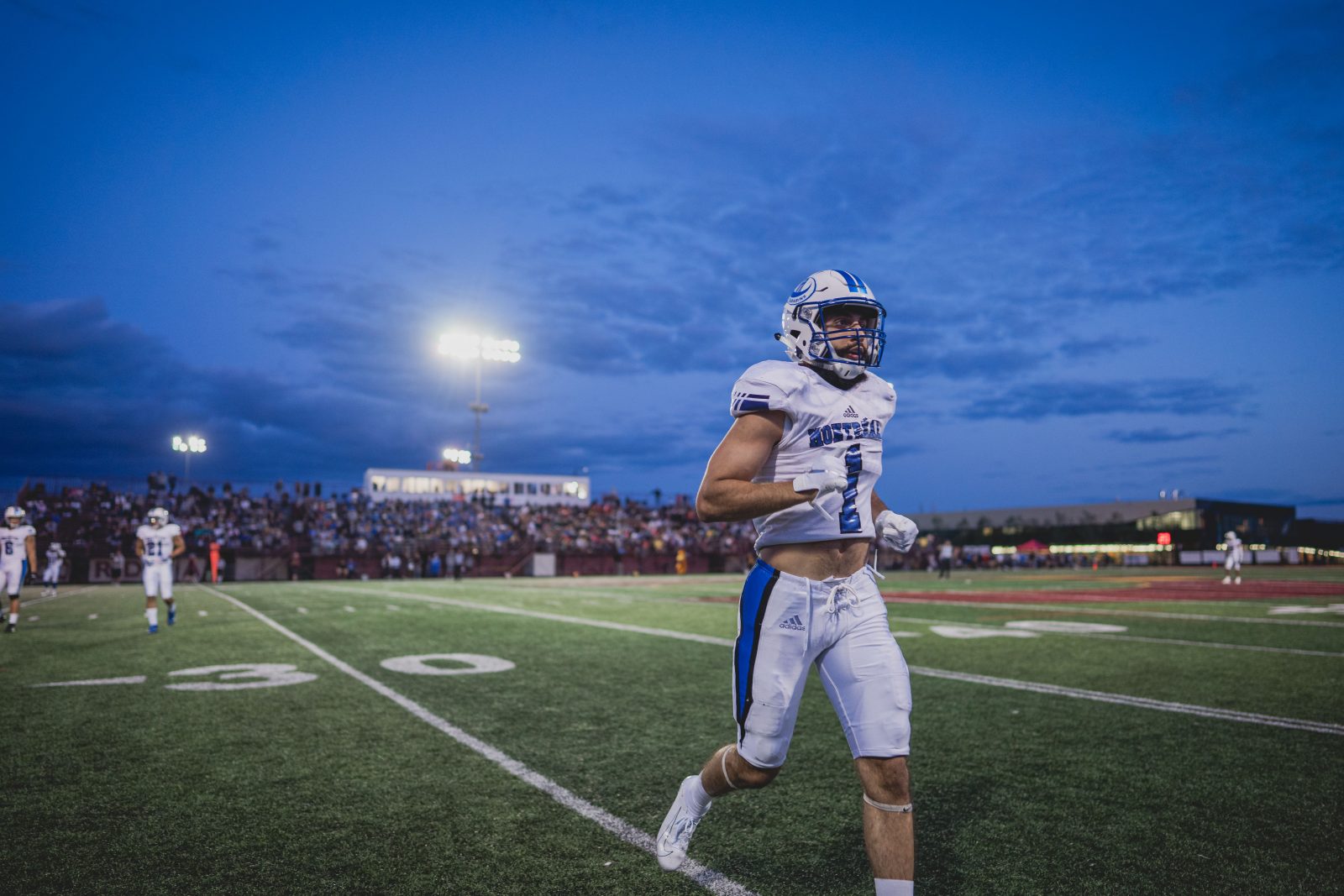 In the meantime, here’s a more-detailed look at the six newest Bombers:

Notable: Played three seasons at Maine, appearing in 32 games, starting 27 and was an All-Colonial Athletic Association All-Star in 2019. (Maine did not play in 2020).

Why he’s a good fit for the Bombers: The Bombers start three Canadians along the O-line in guards Drew Desjarlais and Pat Neufeld and centre Michael Couture and have veteran depth in Geoff Gray, Tui Eli and Chris Kolankowski, so you can never have enough homegrown hoggies.

They’ll have to wait on Dobson as he has transferred to Texas State and hopes to get an NFL look next year, but if he comes to them in 2022, their depth is bolstered — literally and figuratively.

Notable: Special-teams demon – GM Kyle Walters told TSN’s Farhan Lalji Kramdi had the ‘best special-teams tape’ – Kramdi was the defensive MVP in the 2019 Vanier Cup. He finished that year with 32.5 tackles and 4.5 sacks in seven games. He was an RSEQ Defensive All-Star in 2018.

Why he’s a good fit for the Bombers: Versatile defender who played all over the secondary for the Carabins and some strong-side linebacker. Could immediately find a role on special-teams, especially with Derek Jones (B.C.) and Kerfalla Exumé (Montreal) having left in free agency and Jeff Hecht not coming back.

Notable: Played in 10 games for the Tar Heels in 2020, including the Orange Bowl, and totalled 28 tackles, two tackles for loss, four pass breakups and a forced fumble. Appeared in just two games in 2019 after suffering an ACL injury. Dressed for 45 games during his days at UNC and transferred to Rutgers for 2021.

Why he’s a good fit for the Bombers: He’s another ‘futures’ pick as he is heading back to school this fall, but the Bombers secondary annually goes through a minor makeover from year to year.

Notable: Started all eight games for the Rams in 2019 – the 2020 U Sports season was cancelled – after playing junior ball with the Regina Thunder. He finished third on the Rams with 35 tackles in ’19, adding an interception, a fumble recovery, two forced fumbles and two blocked kicks.

Why he’s a good fit for the Bombers: The Bombers have two veteran Canadian linebackers in Jesse Briggs and Shayne Gauthier and drafted Tanner Cadwallader a year ago, so there could be room on the roster for someone like Lowes who could immediately help on special teams.

Notable: Productive player during his days at the Rams with 2,195 all-purpose yards and seven TDs. Returned kicks during his days at Regina and was also a member of the school’s track team – to that end, he ran a 4.46 40 in the CFL’s virtual combine.

He missed the 2019 season while serving a suspension for an anti-doping rule violation.

Why he’s a good fit for the Bombers: The club starts Andrew Harris at running back and has him backed up by Johnny Augustine and Brady Oliveira, showing a possible commitment to keeping the position Canadian when #33 – the reigning three-time CFL rushing champion — does step away from the game.

Notable: The Bombers went local with their final pick, grabbing the St. Adolphe product who played his high school ball at St. Paul’s, then at the University of Manitoba before joining Bemidji State in 2020 after the cancellation of the U Sports season. (Bemidji State didn’t play any games either due to the pandemic, but he did practise with the team).

Why he’s a good fit for the Bombers: Exceptional athlete who could find some work on special teams. Remember, the club’s last two picks in 2019 – defensive backs Noah Hallett and Exumé – drafted in the seventh and eighth rounds, respectively, both made their marks in the Grey Cup year on special teams.