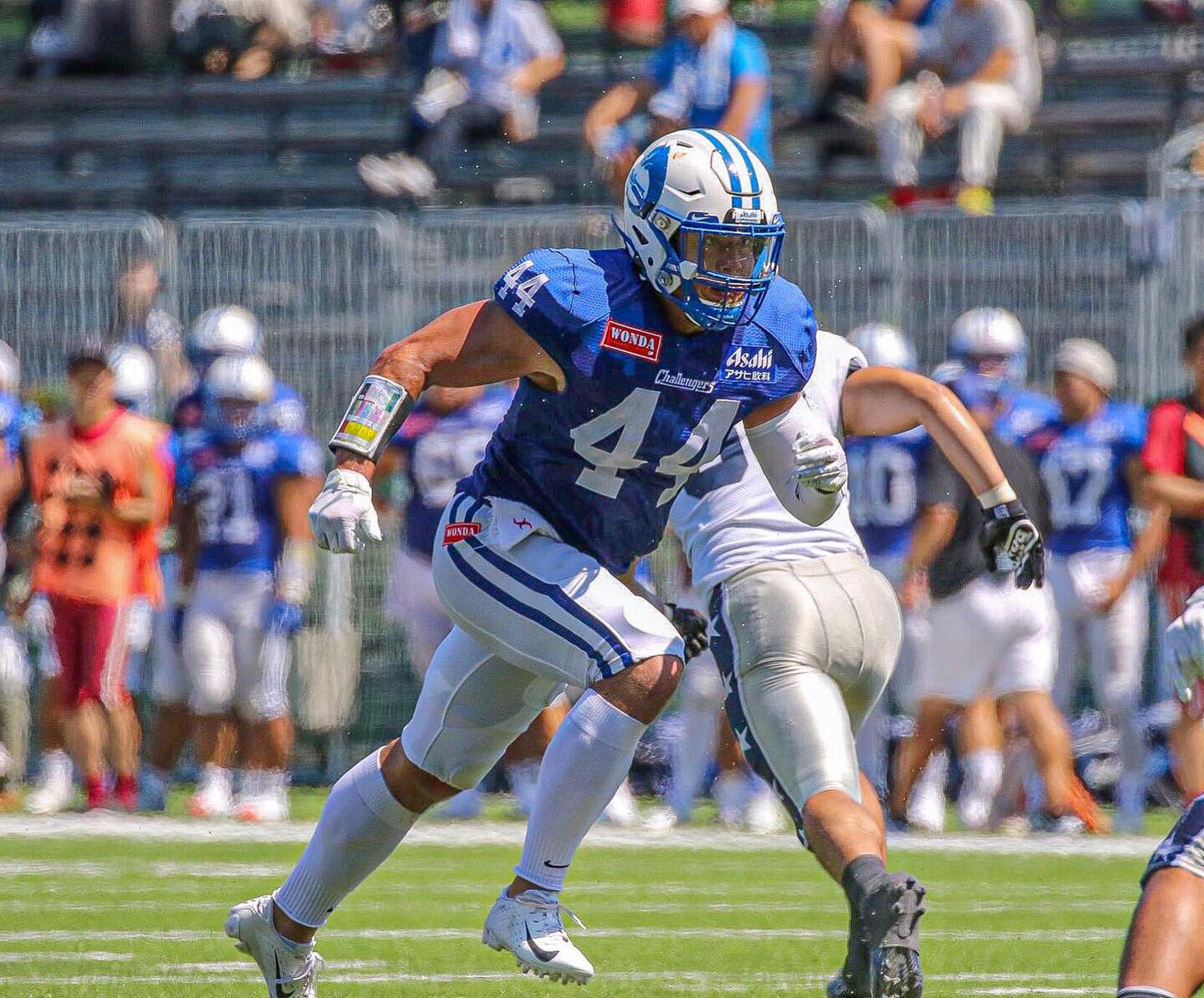 So much of Les Maruo’s football story is yet to be written, with the next chapter scheduled to unfold in Winnipeg with the Blue Bombers.

And while there are many questions still to be answered about the Japanese-born/American-trained linebacker – selected in the first round, 4th overall, by the Bombers in the 2021 Canadian Football League Global Draft – it’s also easy to understand why the club became so enamoured with him. After all, his love for the game and joie de vivre flowed from his every sentence during a session with the media following the draft, just as it did when the club conducted its Zoom call interviews with him.

“I got along with the coaches, the GMs and all that and I really liked everybody on the staff,” said Maruo from San Antonio, where he played his college ball at the University of Texas-San Antonio. “It’s funny, I was telling my friends I was feeling it and ‘I’m going to get picked fourth by Winnipeg.’

Maruo was born in Yokkaichi, Japan and his family moved to Wichita, KS after his mother remarried (Maruo has a tattoo of a cross and his late father’s name, John Hutton, on his left wrist). He had just one offer after high school, playing for Hutchinson Community College before landing a scholarship at UTSA. 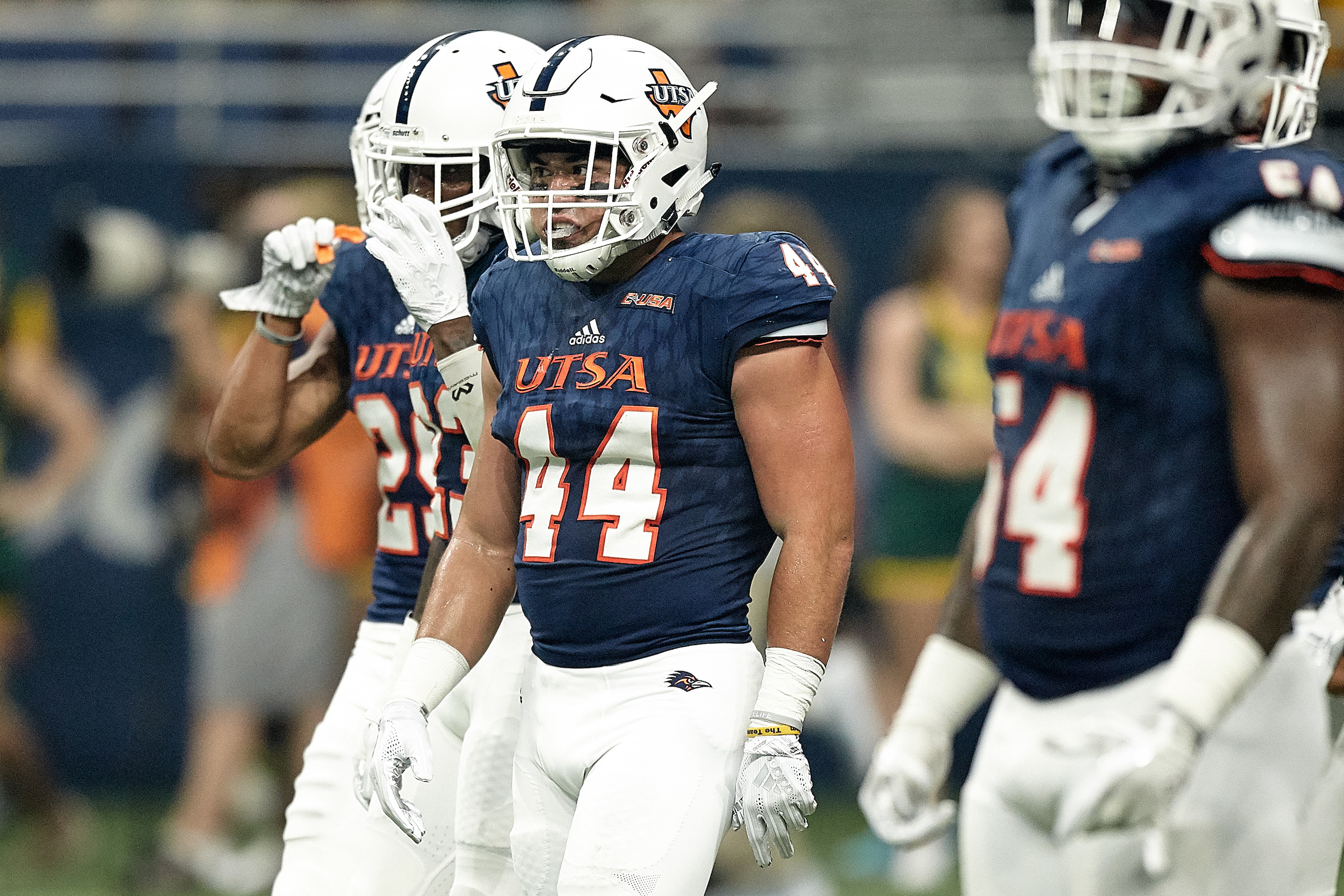 In his senior season with the Roadrunners he started all 12 games, with 86 tackles (including 49 solos), 4.5 tackles for a loss, two sacks, two fumble recoveries, one interception and one pass knockdown. He then spent two years playing in Japan’s X-League with the Asahi Challengers. The CFL held a combine in Osaka last winter but, because he was under contract, his team wasn’t going to allow him to participate. As Maruo was trying out for the Japanese national team, the X League president was fielding calls from CFL personnel types asking him to be freed up to test at the combine.

“He’s confident and he’s got a love for the game,” said Bombers GM Kyle Walters. “He just wants to play. That’s clear. He just loves the game. We see him as a guy who can help us on special teams. If he was Canadian people would say, ‘OK, solid draft pick. He’s going to come in and we’ll see what he’s about.’”

Another example of his passion? Check this answer when he was asked to describe his game: “I always tell people I play football like it’s the last play, every play. I play my heart out. People might think I’m crazy, but I’m willing to die for this game. That’s how much I love the game. I put it all into the game. I would do anything for the team. I’m putting my heart, my body, my soul into the game. That’s how I play.

Maruo followed the CFL’s Global Draft on the league’s website and refreshed the page repeatedly before he saw his name come up at the #4 spot alongside Winnipeg.

Not long after he received a phone call welcoming him to the team by head coach Mike O’Shea.

“I was on CFL.ca, on the CFL draft tracker, and I kept reloading it,” Maruo explained. “It was a surreal moment… as soon as I reloaded it and saw that I got picked fourth by Winnipeg I was like, ‘Wow, this is really happening.’

“This is a great opportunity. I’m just so blessed to be drafted in general,” he added later. “I know I have a Master’s degree and I could probably get another job, but I just want to play football until my wheels fall off. I want to do something I love until I can’t any more, until my body can’t allow me to play anymore. Money is not everything for me. I’m just hoping and praying that we have a season because football is everything to me.”

The Bombers followed up the Maruo pick fourth overall with three selections in the four-round Global Draft. Here is Walters with a quick take on the other three picks:

Oyelola is in the NFL’s International Pathway Program for international players and may be allocated to an NFL team. He is a converted running back.

Walters: “He was a bit banged up at the pro day and his numbers weren’t great, so that might hurt his chances to be allocated. I spoke to him and he’s a really smart kid. He graduated from university and just has to figure out which field of law he’s going to study. But he wants to play football for as long as he can because he loves it that much.

“We developed a good relationship with the guy who runs the Pathway Program in Florida and so we were able to get some good intel on him. Plus, physically he’s impressive. He’s a Thiadric (Hansen) type who is unique athletically and pretty raw.”

Siposs is currently on the practice roster of the Philadelphia Eagles and has a real shot at being their punter this season. He played Aussie rules football with St. Kilda from 2011-15 and then played college ball at Auburn University after switching to American football. He signed with the Detroit Lions as an undrafted free agent in 2020 and joined the Eagles in January of this year.

Walters: “The general trend in this draft saw some teams take a flier on a guy later that we might not ever see. But if we do, you never know. You wish him the best and hopefully, for him and his family, he makes the Eagles. If not, there’s a shot up here with us if he’s still interested in playing.”