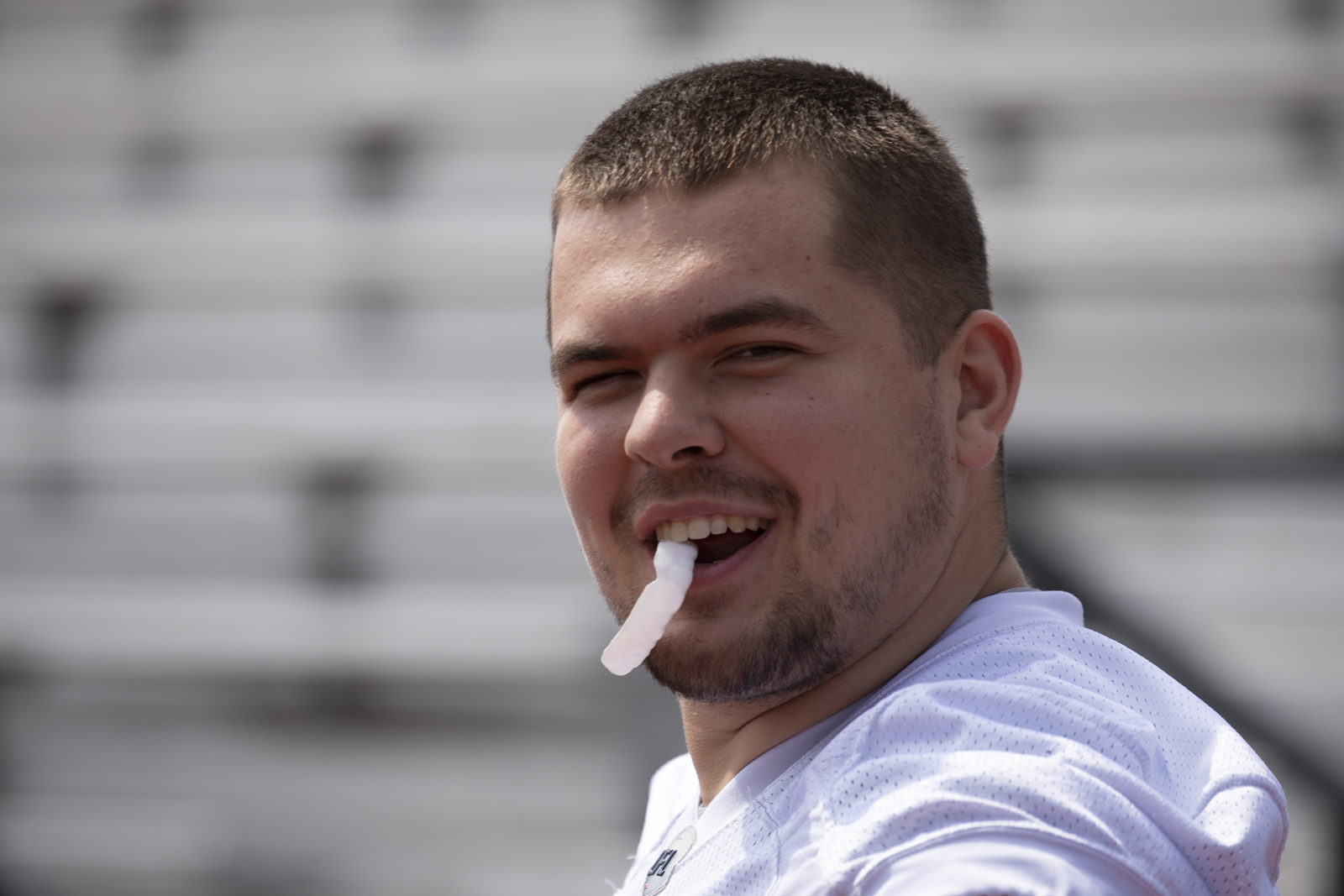 If there were any emotional scars from the moment – now some five years ago – Michael Couture has long since had them heal.

Rewind to this time in 2016 and Couture,  then a promising offensive line prospect from Simon Fraser University, was in Toronto for the first time in his life, doing his damnedest to impress the movers and shakers from across the Canadian Football League at the national draft combine.

Over the course of three days he more than held his own in the testing and the one-on-ones. Yet, one of his most-vivid memories from the whole experience was the first interview he did with a team.

And let’s just say it did not go well.

“My first interview… oh man, it was brutal,” began the Winnipeg Blue Bombers centre in a recent chat with bluebombers.com. “I won’t get into names or say which it team it was, but it was my first interview and it was like I floated into the room. It was like I couldn’t feel my legs because I was so nervous. Plus, the coaching staff was a little intimidating.

“The funny thing is, I looked up every combine interview I could find on YouTube beforehand because I wanted to get a feel for what kind of questions they were going to ask. I sat down and the first question I got was ‘What’s your definition of success?’ And, I don’t know if you’ve ever sat in a 30-second pause before, but I was just frazzled. After I bumbled out my answer the coach pretty much told me I was wrong and then he told me his definition of success and we moved on.” 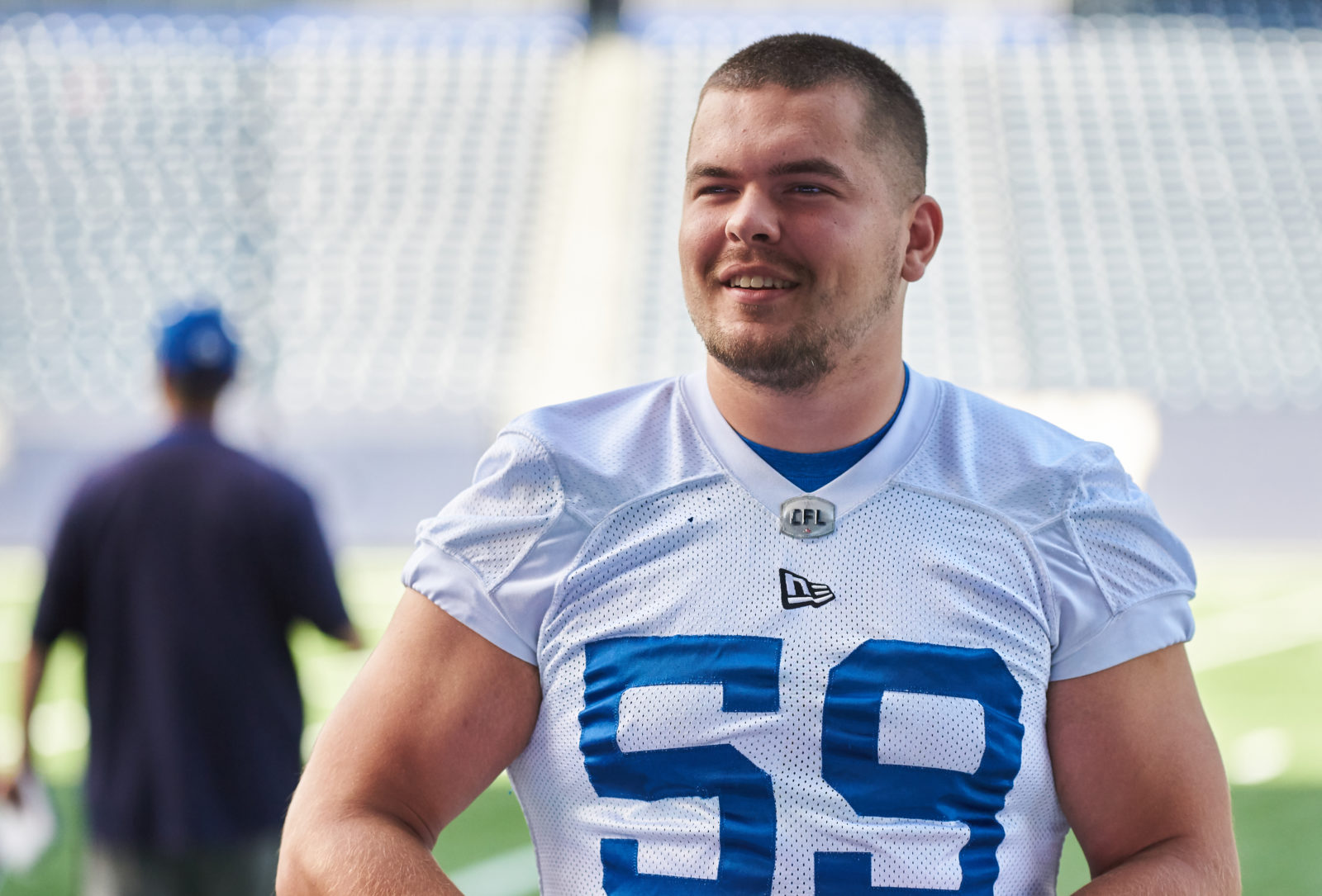 “So,” added Couture with a chuckle, “I walked out of that interview thinking, ‘Well, OK, I’m probably not going there.’”

This would normally be combine week on the CFL calendar. Actually, it still is – albeit it’s unfolding in a much different way. The global pandemic has impacted so many things, including the CFL’s regional and national combines for the CFL Draft of Canadians as well as the Global combine.

Back in 2016, Couture remembers not long after his season was done at SFU he was in the gym training six days a week just for the combine. He and his teammate from college, Quinn Horton, a Winnipeg product, worked out with two different trainers just to get ready for the combine.

“The ultimate goal for me was to get drafted and to play in this league,” Couture said. “So, no matter how tired I was during that period it never really stopped me from preparing the way I knew I had to.

“I was so excited to get the National Combine invite. That whole weekend was nerve-wracking, but exciting to be in the moment and experience and meet a whole bunch of guys who were going to play in the league.

“The bench was the big one in terms of testing, especially for a lineman. The goal, a respectable number, is to get over 20 (reps). I ended up getting 24. I had 25 once in training, so I was happy with that number. I trained for the 40-yard dash but scouts aren’t exactly looking for 300 pounders to be running any crazy times.

“The agility, the jumping, they show your explosiveness so that was important, even for an offensive lineman. There was a focus in all of that in our training.” 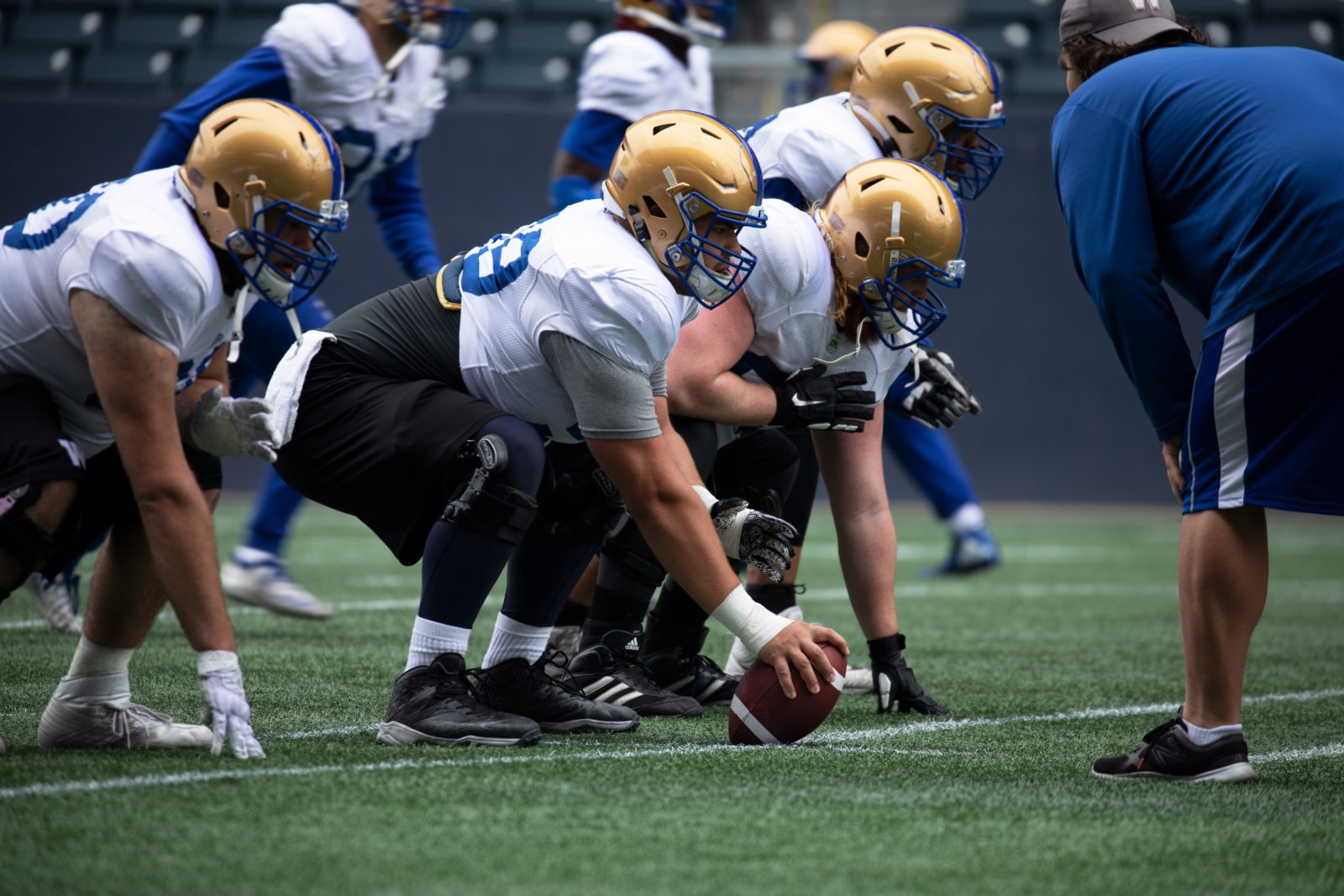 Couture was asked by eight of the nine teams at the combine – minus the Saskatchewan Roughriders – to do one-on-one interviews. By the time he got to the Bombers and their interview, his nerves had subsided considerably.

“I remember it was Kyle (Walters), Ted (Goveia, Assistant GM/Director of Player Personnel) and Osh (Mike O’Shea),” said Couture. “Winnipeg’s interview was probably the most smooth and the easiest one of the eight I did, to be honest. Maybe it was partly because they were my fifth interview.

“They did pull up some of my college film and asked me a couple of questions on protections, what I was doing, my mindset and motivation and all that stuff. They were my most enjoyable interview.

Impressed by his versatility, his personality and his adaptability – as an NAIA school playing U.S. teams Couture had never even practised against defensive linemen a yard off the ball – the Bombers made the Coquitlam product the 10th overall pick in 2016, right after selecting defensive lineman Trent Corney.

“You could say I’m more than happy with how things have turned out,” Couture said with a laugh. “I’ve had some great coaching, been around some awesome guys and worked hard to learn before landing the starting job in 2019.

“Of course, now I’ve got a Grey Cup ring, too. I would think that meets the definition of success.”