My Most Memorable Game | Willie Jefferson 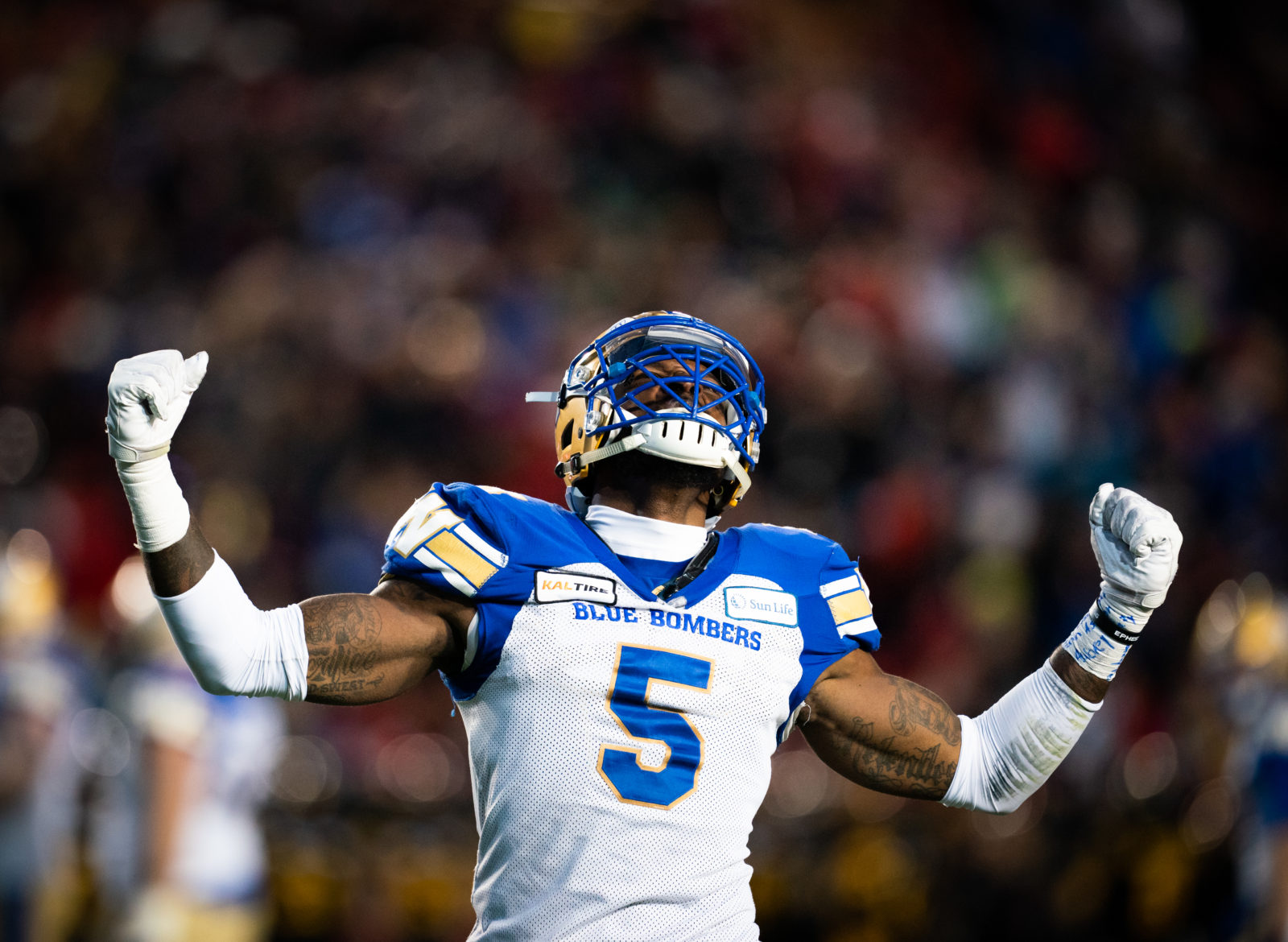 My Most Memorable Game | Willie Jefferson

“The game that really stands out for me for a number of reasons was when I was in Saskatchewan and we won against Edmonton on Thanksgiving (in 2018) and I had a Pick-6 with less than two minutes to go to help us get the victory (19-12).

“I’ve got memories of games where I played well or games where I still think I could have done better, but this one was memorable because it was intense and I was playing with my wife (Holly) and my baby daughter (Kelley) in the stands.

“I was having a good game, but we were down for most of it. Edmonton was just trying to get into field-goal range so they could end it, but then Mike Reilly threw a pass and I picked it. As I was celebrating and I started to realize how big the moment was, so I ran from the end zone to the other side of the field to give my wife and my daughter the game-winning Pick-6 football and give them a kiss. That’s a staple for us because it shows my love for my wife and my daughter.

“I was wearing my pink bandana for that game. I wore it for my grandmother (Theresa Jefferson) who had passed from breast cancer. So many things had come together in that game from me having those ladies in the stands and my wife, my daughter and playing for my grandmorther… it meant a lot.

“Plus, I was playing against my former team that I had won a Grey Cup with (in 2015) and the interception came against one of the best to ever play quarterback in the CFL. I try to play hard every year and try to give my all. But those Breast Cancer Awareness Games in October… I try to find something extra because it’s something that’s near and dear to me because of my grandmother passing.”